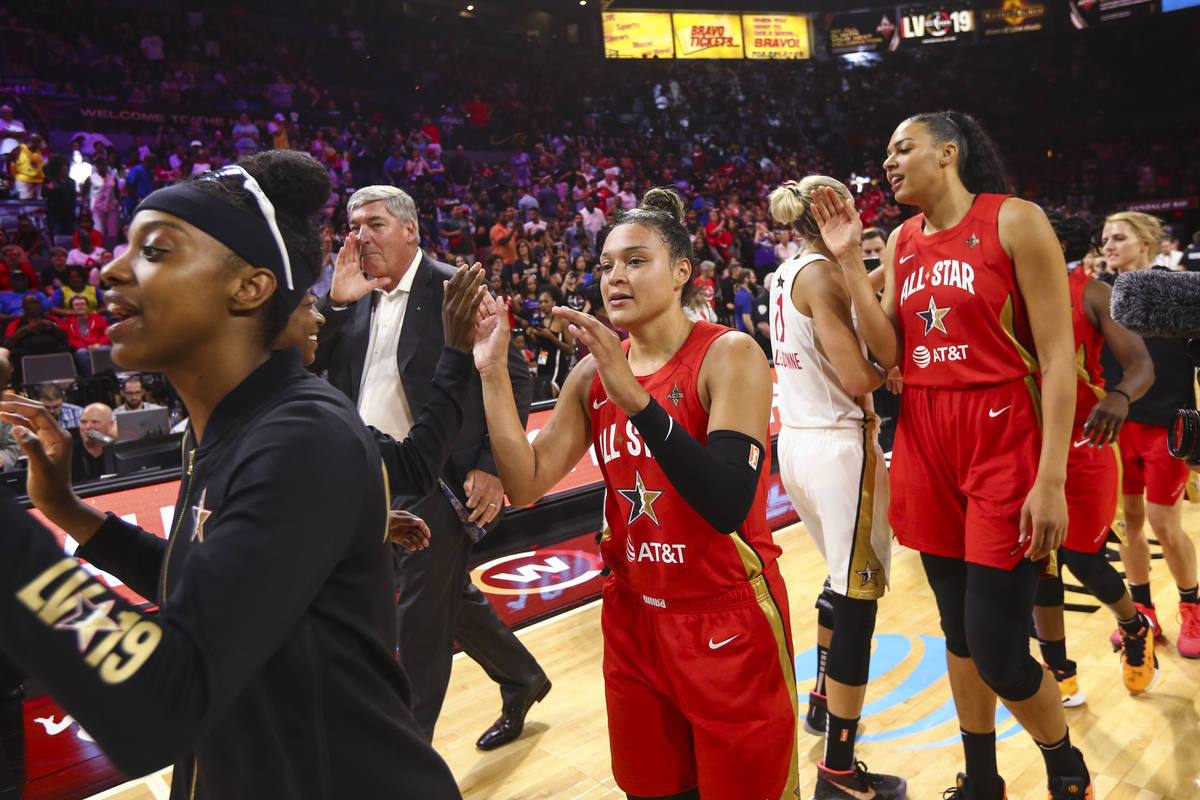 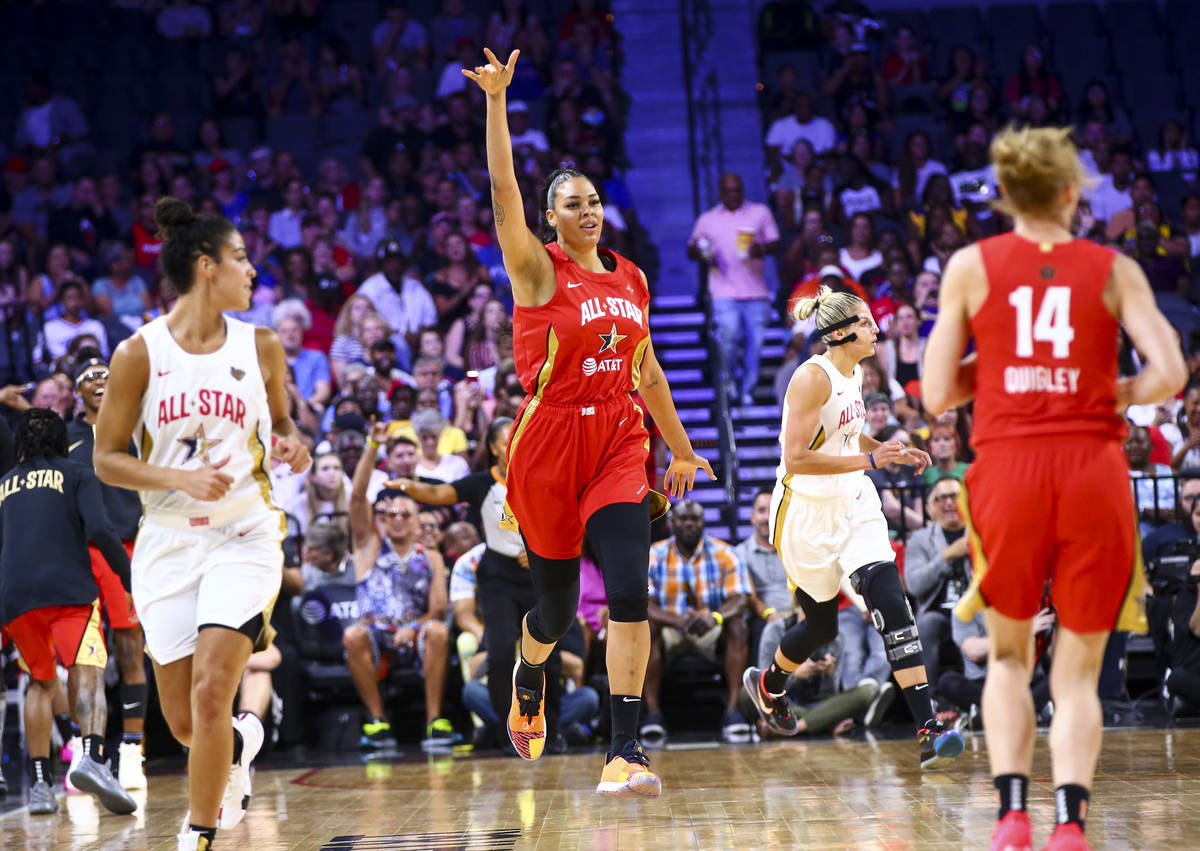 The WNBA All-Star Game is returning to Las Vegas this summer.

The league announced Monday it will play its annual All-Star Game on July 14 at Michelob Ultra Arena.

The game coincides with the Olympic break, and a team comprised of WNBA All-Stars will play a team from the USA national team, which will be training in Las Vegas for the Summer Olympics in Tokyo.

Aces coach Bill Laimbeer referred to the game as “more of a league and MGM (Resorts International) situation,” indicating that the franchise won’t bear the responsibility of hosting the game the way it did in 2019. The coaches of the teams with the two best records traditionally coach the All-Star Game.

Laimbeer was one of the coaches in 2019, and the Aces at 8-3 are tied for the league’s second-best record.

“The All-Star game is a fine event. I don’t know how they’re going to do it,” Laimbeer said. “My plan is to go on vacation.”

Laimbeer also indicated that attendance restrictions for Aces’ home games are going to be lifted soon, though there is no specific timetable for any changes, according to a person with knowledge of the situation. Season ticket holders have been allowed to attend home games in a socially distanced setting, and clusters of fans are spaced several feet apart throughout the arena.

About 2,000 fans have attended each of the five home games.

“Hopefully we can continue to get more in the building,” Aces guard Kelsey Plum said Sunday after an 85-78 victory over the Dallas Wings. 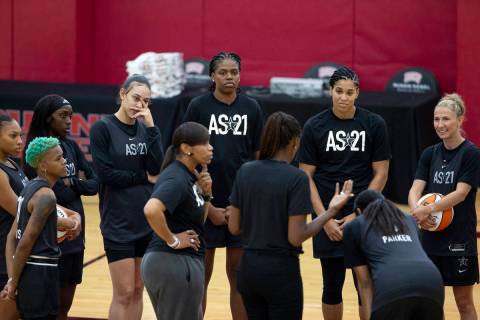 Lisa Leslie and Tina Thompson will serve as coaches for the WNBA All-Stars during the All-Star Game against the Olympic team Wednesday at Michelob Ultra Arena.