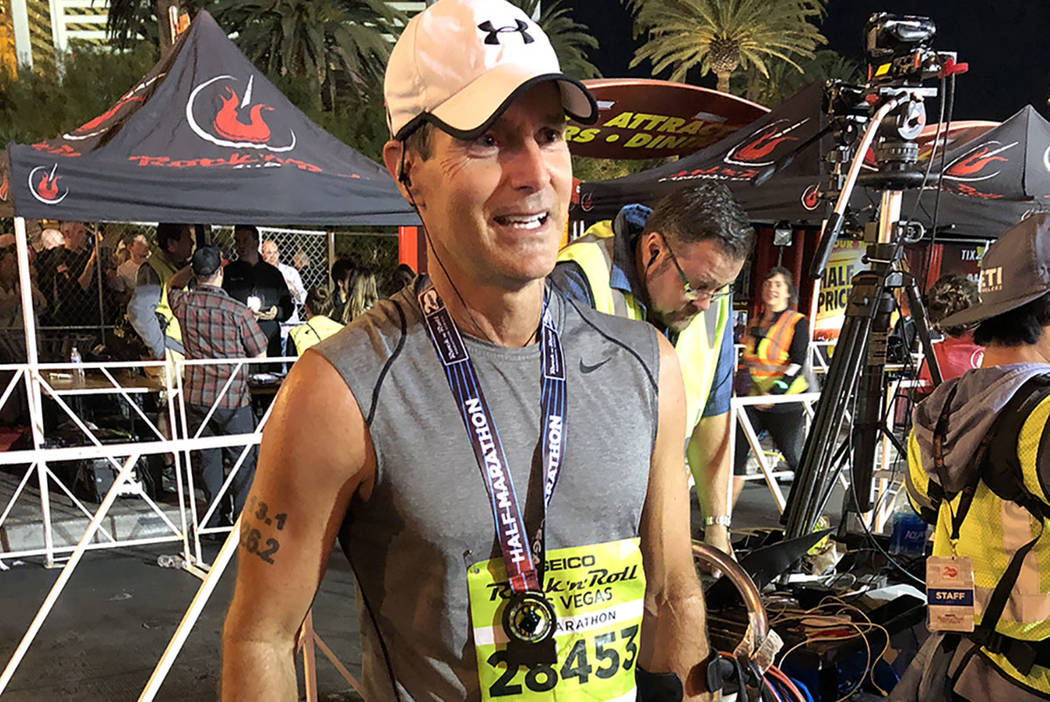 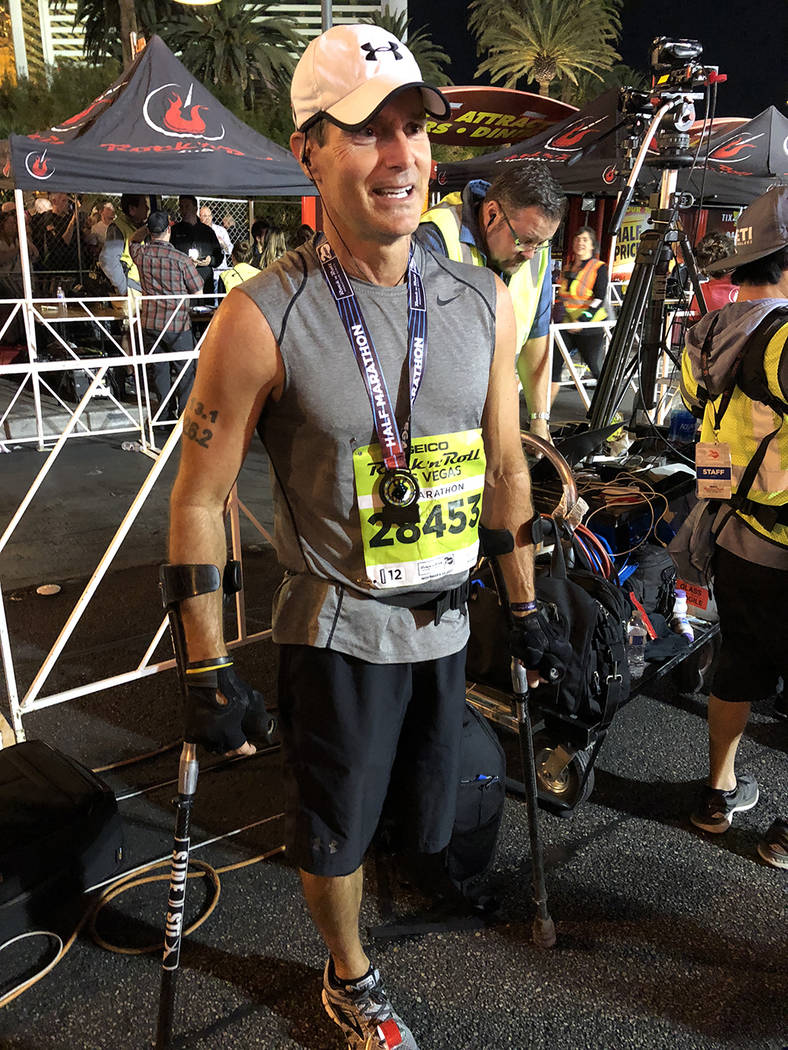 Larry Chloupek was just 7 years old when he lost his left leg to osteoscarcoma, a type of bone cancer.

But the 56-year-old from Scottsdale, Arizona, hasn’t let that keep him from running.

Running on crutches, Chloupek, who took up the sport in his 20s, finished Sunday’s Rock ‘n’ Roll Half Marathon in 2 hours, 42 minutes, 37 seconds, alongside his wife, Jenn.

“I hear it all the time: ‘You’re a great insipration. You keep me going,’ ” Chloupek said.

Jenn helps pace her husband and yells encouragements like “Pick it up” as the two run through the course.

“I’ve been very, very fortunate and blessed to be able to able to run a number of half marathons as well as full marathons, and this one really, my wife and I were saying as we were running, we’ve done Boston twice and this comes pretty darn close to Boston,” Chloupek said. “I don’t think it topples Boston unfortunately, but this comes darn close.”

The couple has enjoyed their first trip to Las Vegas, seeing the Beatles LOVE: Cirque du Soleil show, Donny and Marie Osmond and walking around the Strip.

“It’s an awesome place,” Chloupek said. “It really is. It never stops.”

Kara Clark and Jacqueline Varrett ran a half marathon in Anaheim, California, on Sunday morning, hopped a flight and ran another 13.1 miles at the Vegas Rock ‘n’ Roll Half Marathon.

“I’ve heard such amazing things about this race in general,” Clark said. “People say the energy is bone-chilling, but in a good way. It’s electrifying, is what I’ve been told.”

Though the two visited Las Vegas, neither had run the marathon.

“This is very intense for Rock ‘n’ Roll,” Clark said.

Four to 6 miles Monday through Thursday and 9 to 10 miles Friday through Sunday for the past six weeks got father-and-daughter team Ashton and Dan Kraus of Phoenix geared up for the half marathon.

“She didn’t have a training partner and needed one, so I jumped in and said, ‘I’ll do it with her,’ ” Dan Kraus said.

It’s a first for both, but they vowed to stick together “and just keep moving.”