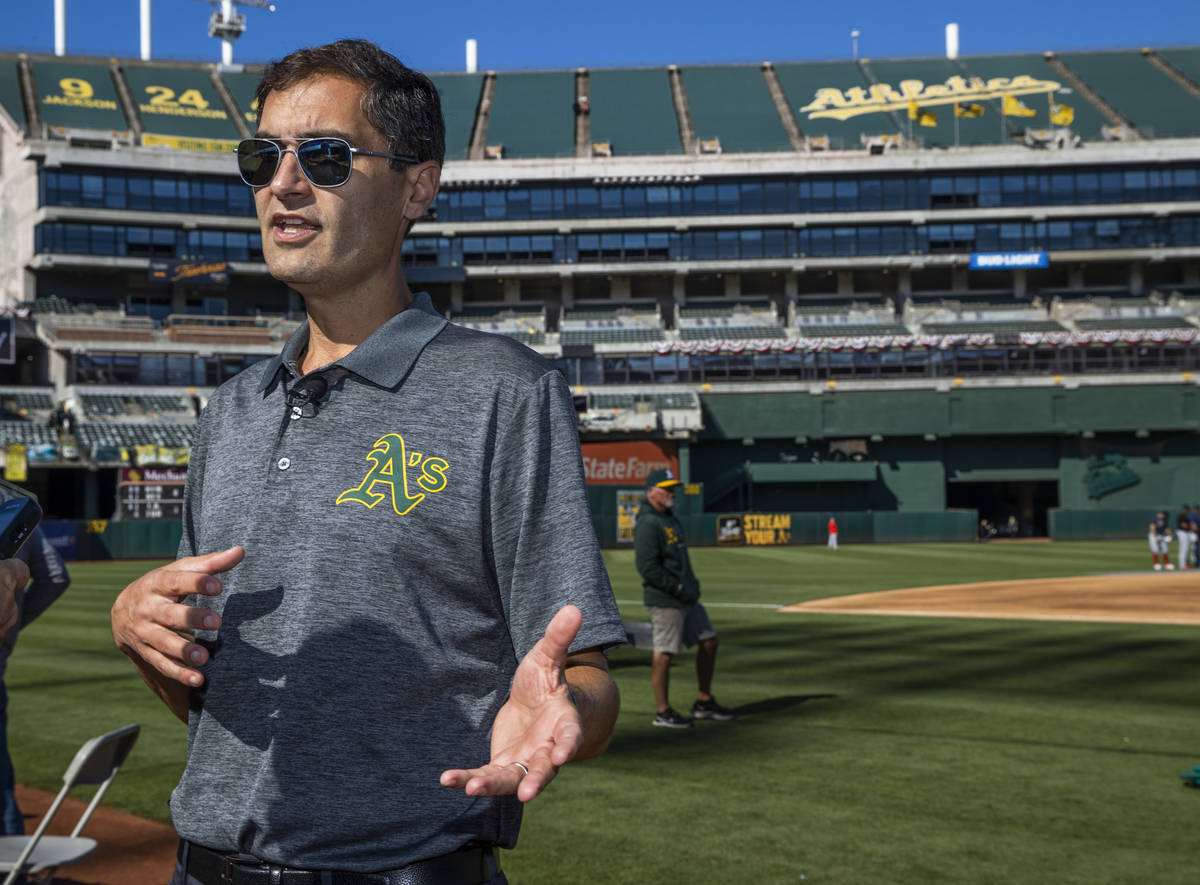 As the Oakland Athletics made their fifth visit this week to Las Vegas exploring possible relocation to Southern Nevada, it’s becoming clear that they’re following a similar blueprint to that of the Raiders.

Whether that leads to a similar result, a move to Las Vegas, remains to be seen.

After meeting Sisolak during the A’s first trip to Las Vegas in late May at the Las Vegas Convention Center’s West Hall expansion opening gala, the governor invited Kaval and Fisher to meet with him more formally, and they took him up on his offer during this trip.

“It’s great to meet with the political leadership,” Kaval said Friday. “We’ve done it at all different levels.”

He said they are doing it “to understand more about the community and the direction which it’s going, the diversification of the economy and what sports means” to Las Vegas.

Kaval said the A’s are going to continue to talk to Sisolak and other elected officials “to ensure that we’re approaching this in a thoughtful and measured way, to get great results and potentially a team in the market.”

The Raiders also worked with then Clark County Commissioner Sisolak and now former governor Brian Sandoval during their relocation process.

Sisolak said the early talks he’s had with the A’s, the NBA and MLS officials have been exploratory in nature, but are tracking similar to the process that landed Las Vegas the Golden Knights and Raiders.

“When I was on the county commission, I had a lot of discussion with (NHL Commissioner) Gary Bettman and with the NFL about them coming here,” Sisolak said. “Those are discussions that took place over a long period of time. Then once they finally committed, once Bill Foley got the Knights, once the Raiders decided they were moving here, they intensified and became a lot more detailed. I think we’re going to experience the same thing if in fact that happens with baseball or MLS.”

Billionaires Wes Edens and Nassef Sawiris, who co-own the Premier League’s Aston Villa soccer club, are reported to be interested in bringing an MLS team to Las Vegas. They recently filed to trademark the name Las Vegas Villains for a potential sports team.

“Really to get to know their points of view, their thoughts, a team coming and just making sure that we’re doing everything we can to learn about the community,” Kaval said.

White represents another Raiders tie-in. He was a key figure leading up to Senate Bill 1 being signed that secured the $750 million in public funding and sits on the Stadium Authority board as well. Fisher and Kaval met with White Friday before traveling back to Oakland to catch the A’s game versus the New York Yankees.

“We talked to him about locations and the mix of locals versus tourists, ensuring we were accessible to both,” Kaval said. “We want to make sure that we do things right, that we learn from the key people in the community that have been there for generations. We think that’s a key way of doing that, sitting down with folks like Tommy and other folks in the labor movement.”

The A’s group also met with another key player in the Raiders’ move, financial analyst Jeremey Aguero, a principal with Applied Analysis and staff for the Las Vegas Stadium Authority.

“We had a good initial meeting,” Kaval said. “We need to figure out the economic impact of the team coming.”

The A’s have used the Legends Hospitality group out of Dallas to conduct a market feasibility report of Las Vegas. Kaval said early returns are showing “there’s a lot of sports fans, especially baseball fans in Southern Nevada, and those folks are excited” about having a major league franchise.

“Obviously the Aviators are case in point,” Kaval said. “But having a major league team is really exciting. It’s nice to see that. The study is not over … but the initial reports have been very, very solid about the strength of the local market.” Kaval said fan access is a key consideration when deciding where to build a ballpark in Las Vegas. To that end, he said the A’s have hired Kimley-Horn, a parking and transportation consultant, to carry out a transportation study, something that the Raiders also did.

A parcel of land on Las Vegas Boulevard and Warm Springs Road, which is next to land where Brightline West plans to build its high-speed rail station, was toured by A’s brass this week.

The site not only would be next to the train station, but also would be accessible via Interstate 15 from Blue Diamond Road, the 215 Beltway from Las Vegas Boulevard. It is a short distance from the south end of the Las Vegas Strip and a few miles from McCarran International Airport.

Kaval said the team and city of Oakland officials remain at odds over the proposal for a new stadium in Oakland that was approved July 20 by the city council, as the two sides continue to negotiate their differences.

“We were really disappointed they voted on something that we really had never seen and we remain apart with the city of Oakland on an economic deal,” Kaval said. “We’re kind of waiting to see what happens with the county, which is a key part of the city’s financing plan. We’re working hard in Las Vegas to see if that is a viable market for the A’s, and we’re working hard in Oakland to see where that process ends up.”

Kaval said the team plans to make a sixth visit to the valley in two weeks. 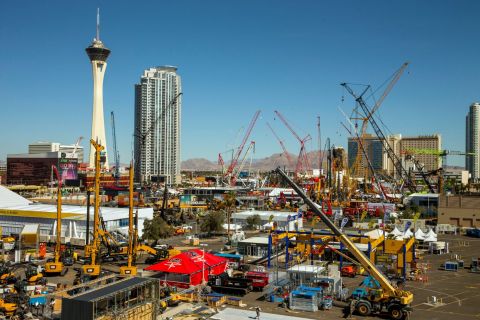 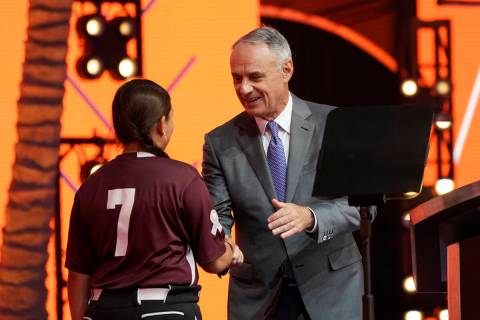