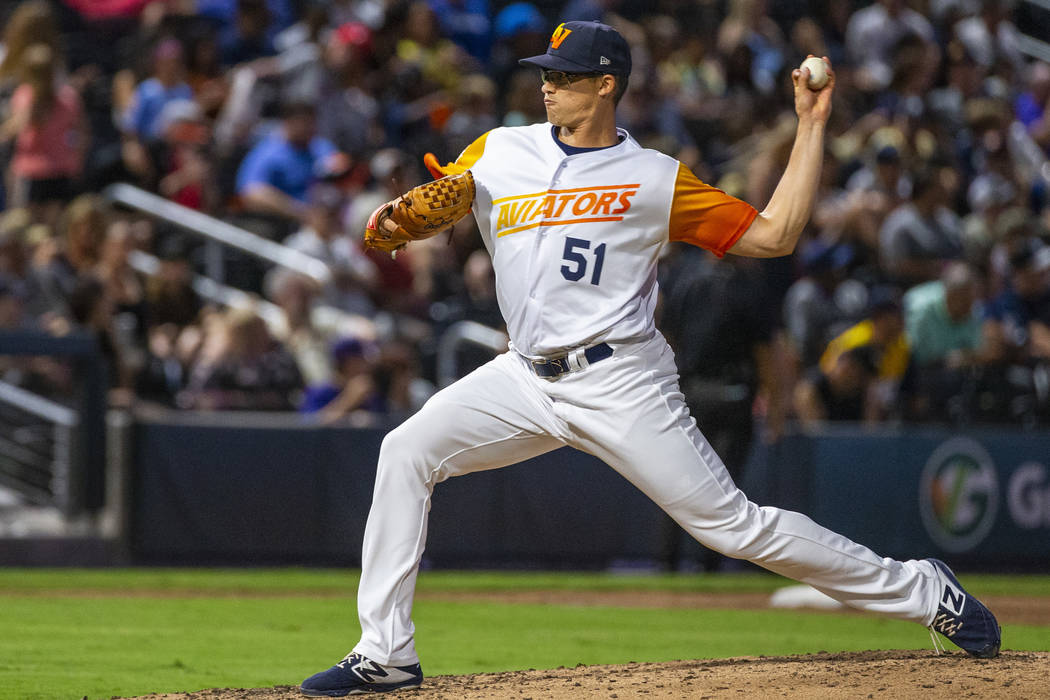 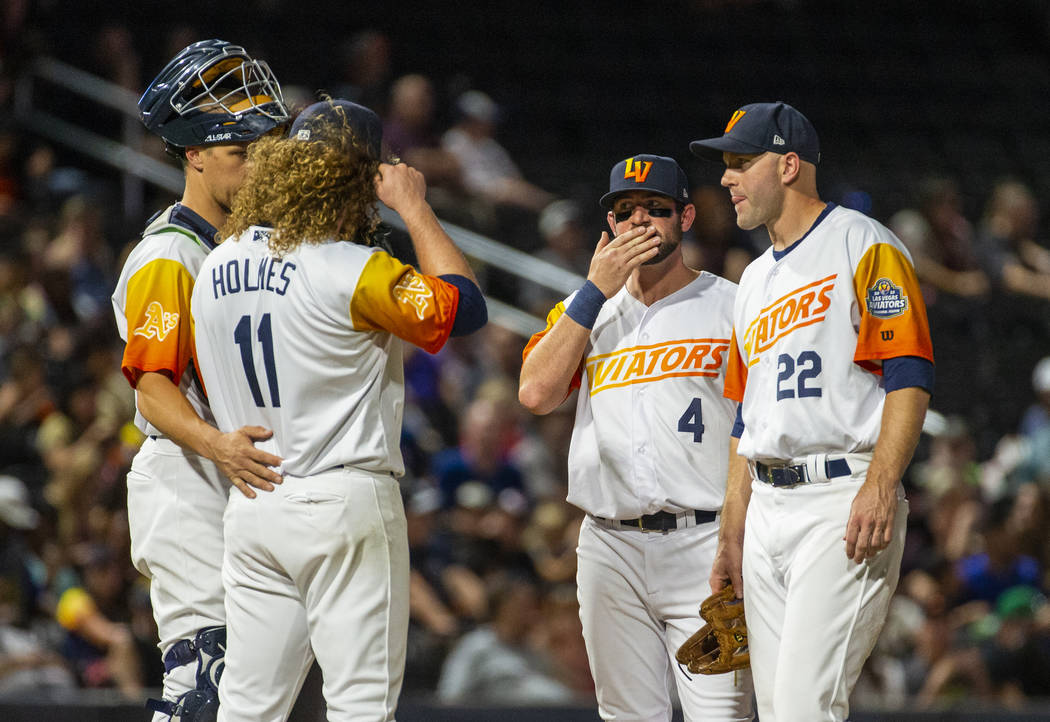 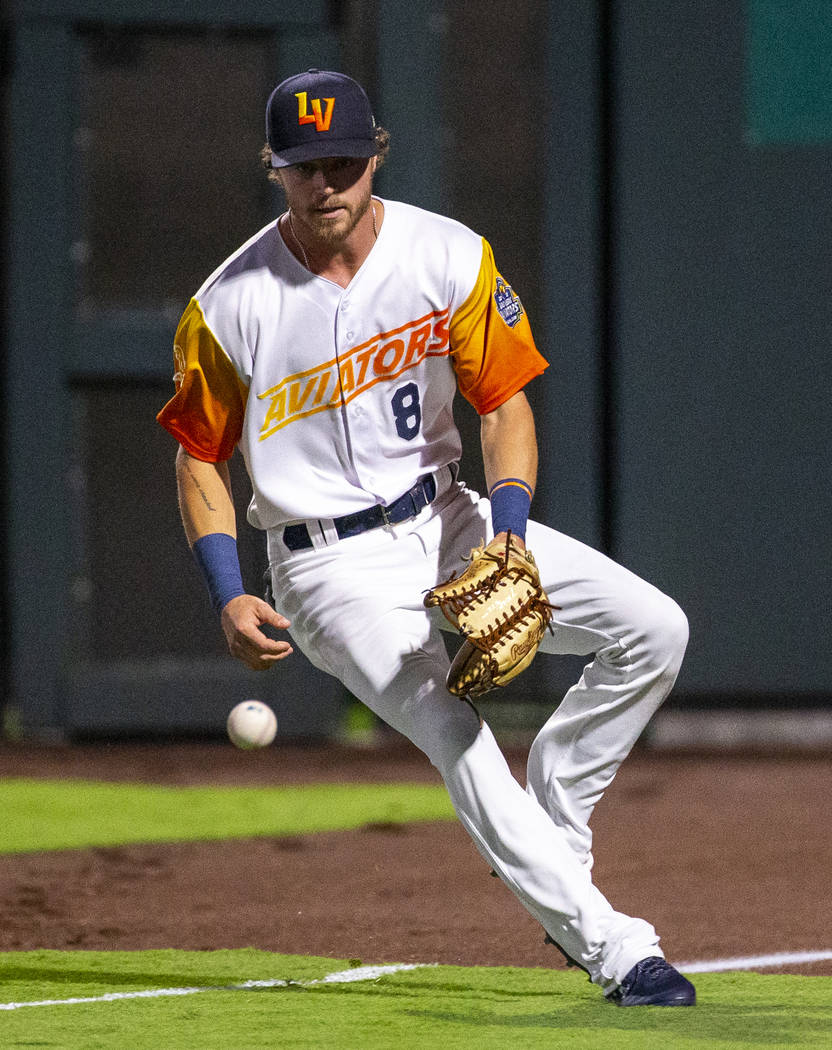 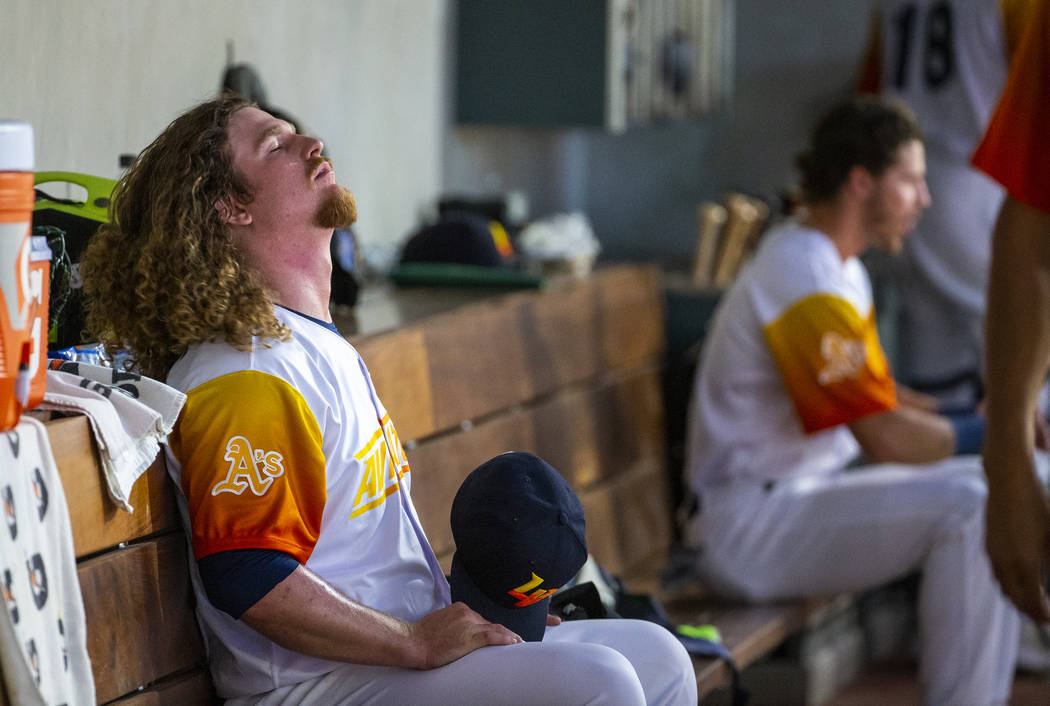 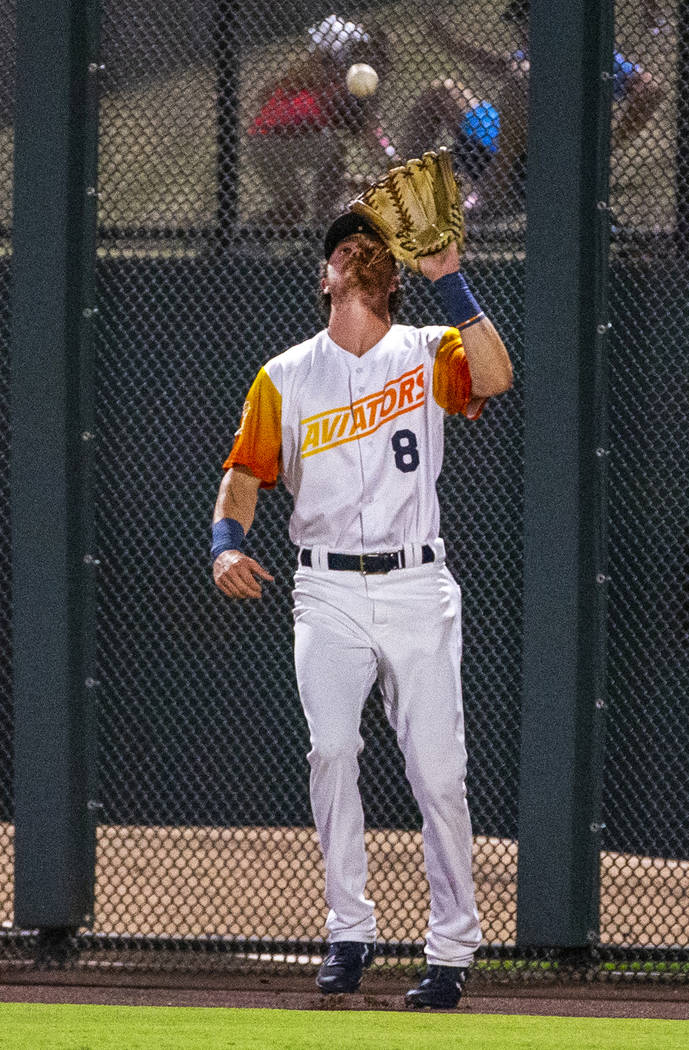 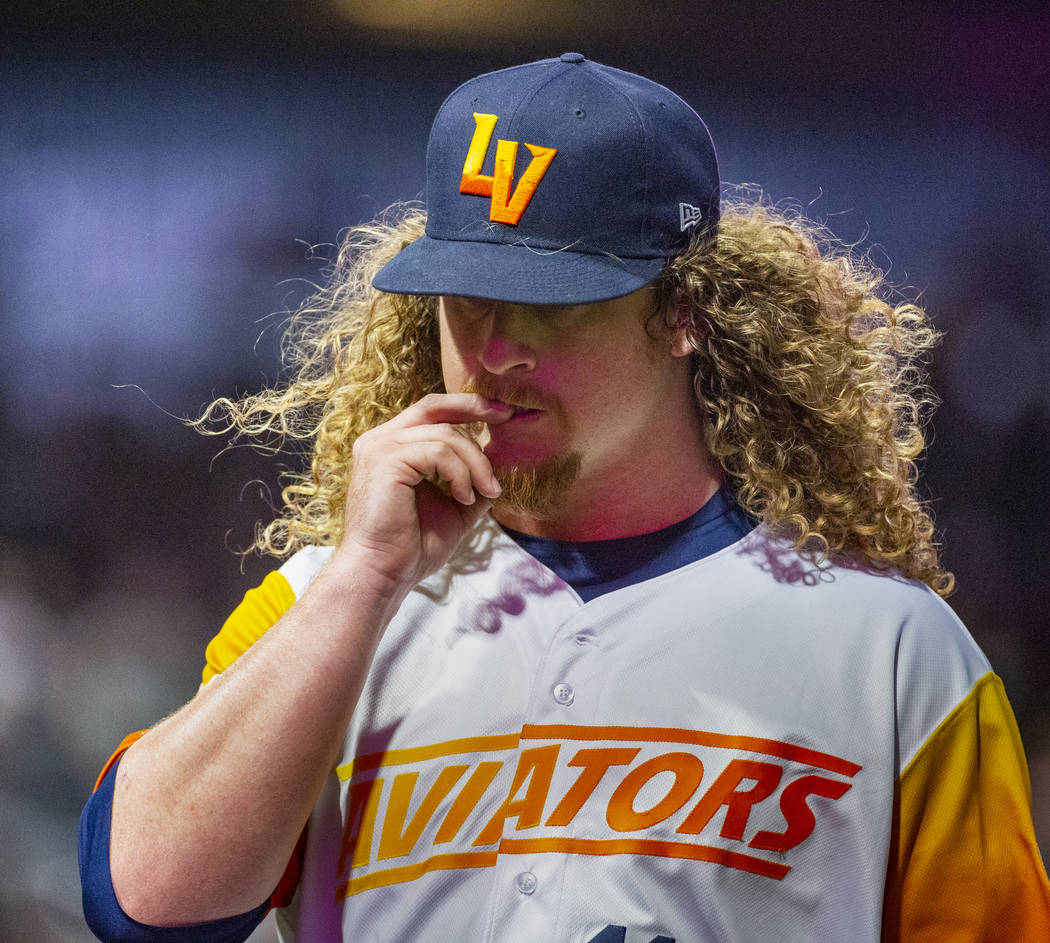 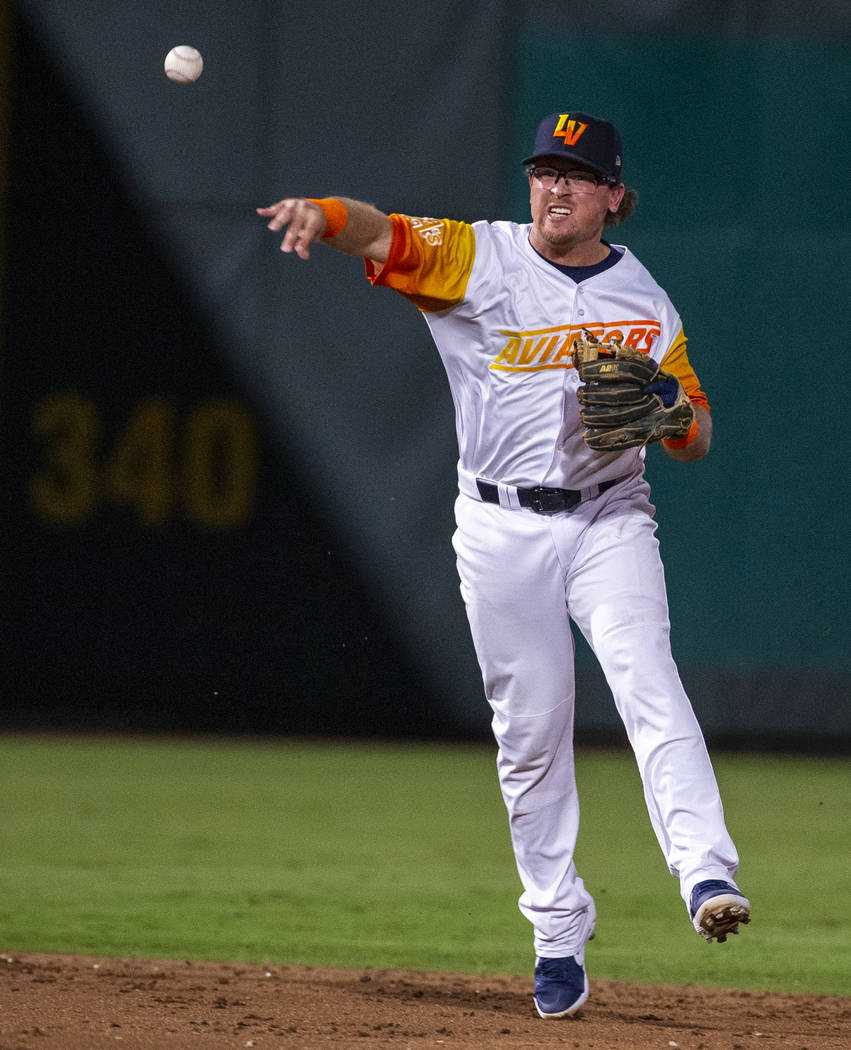 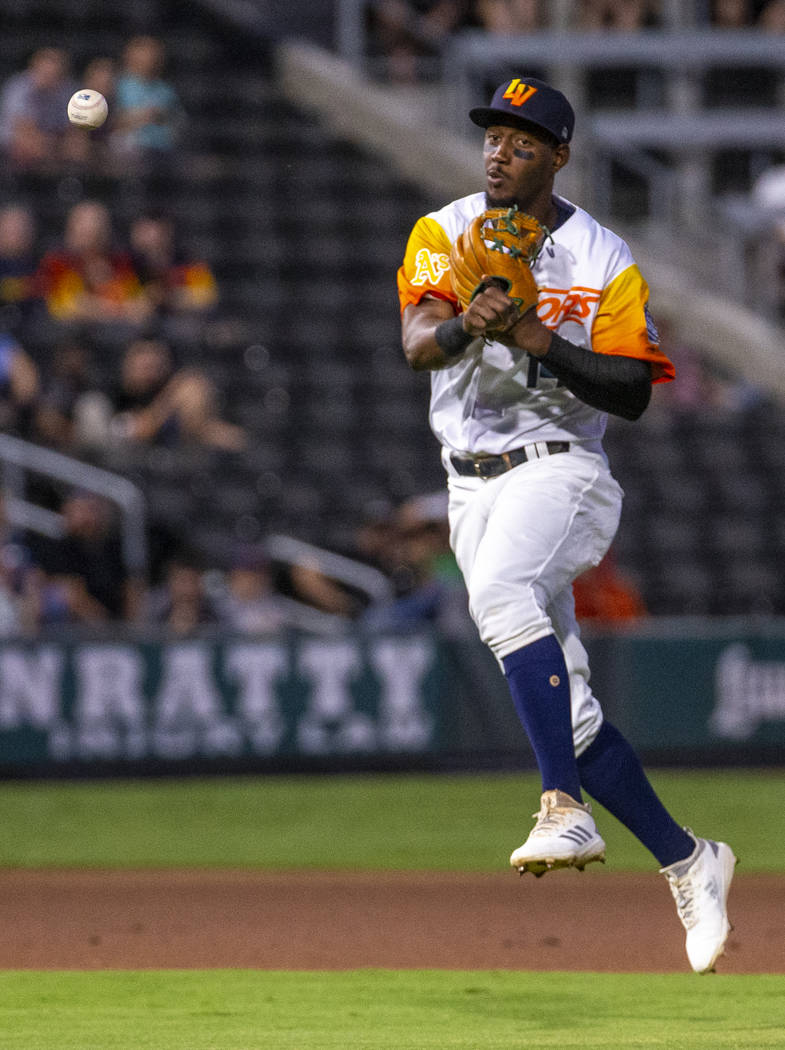 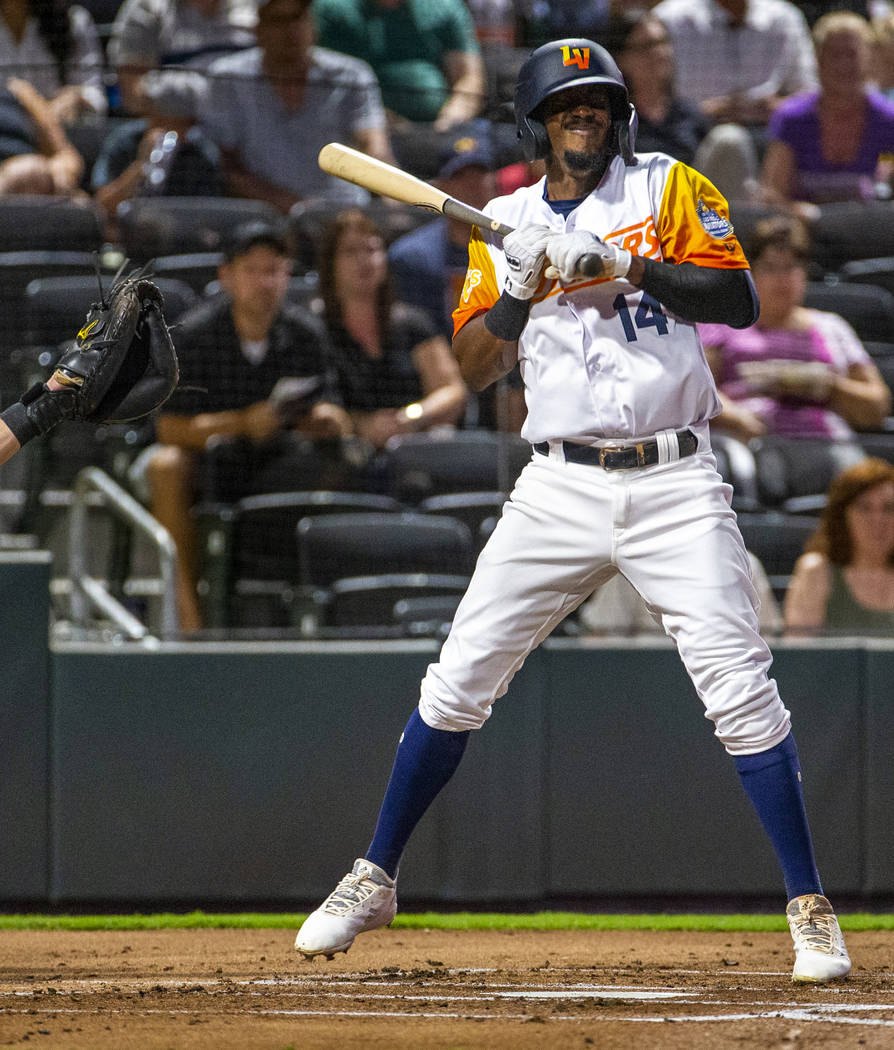 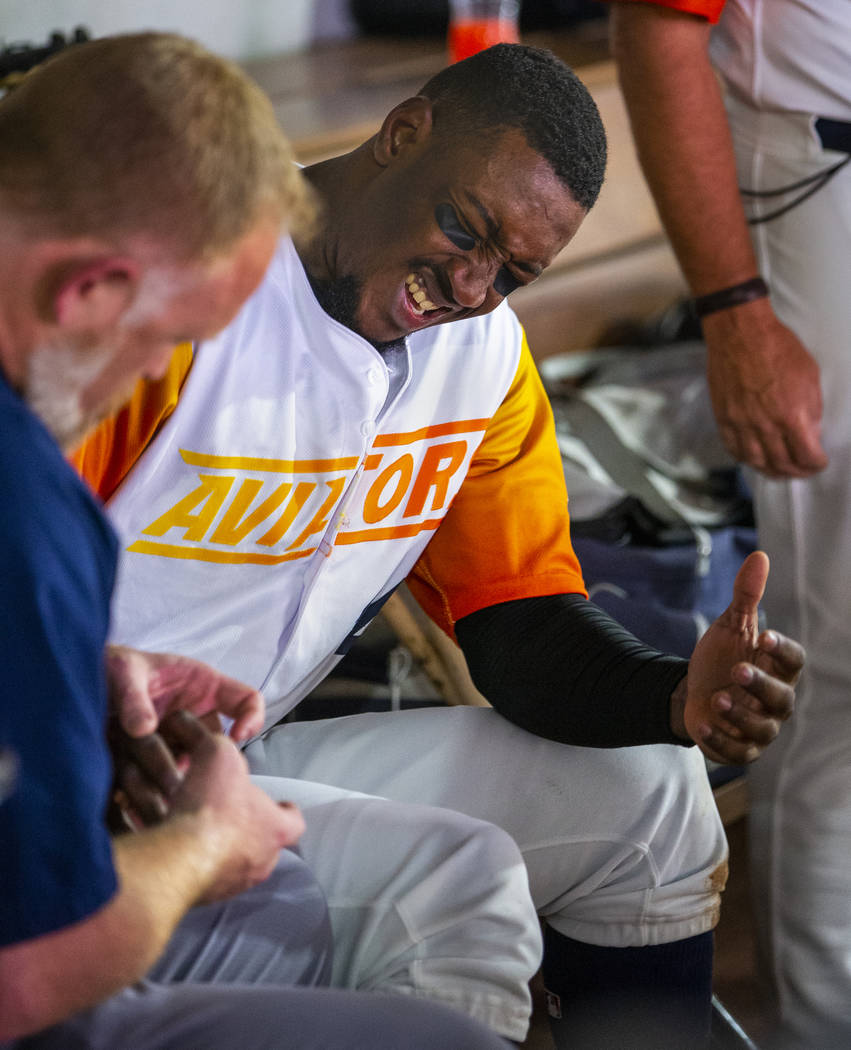 Las Vegas Aviators shortstop Jorge Mateo (14) winces in pain while being checked out by the trainer after being hit in the hand by a pitch versus the Sacramento River Cats during game four of their best-of-five first-round Pacific Coast League playoff series at the Las Vegas Ballpark Saturday, Sept. 7, 2019, in Las Vegas. (L.E. Baskow/Las Vegas Review-Journal) @Left_Eye_Images 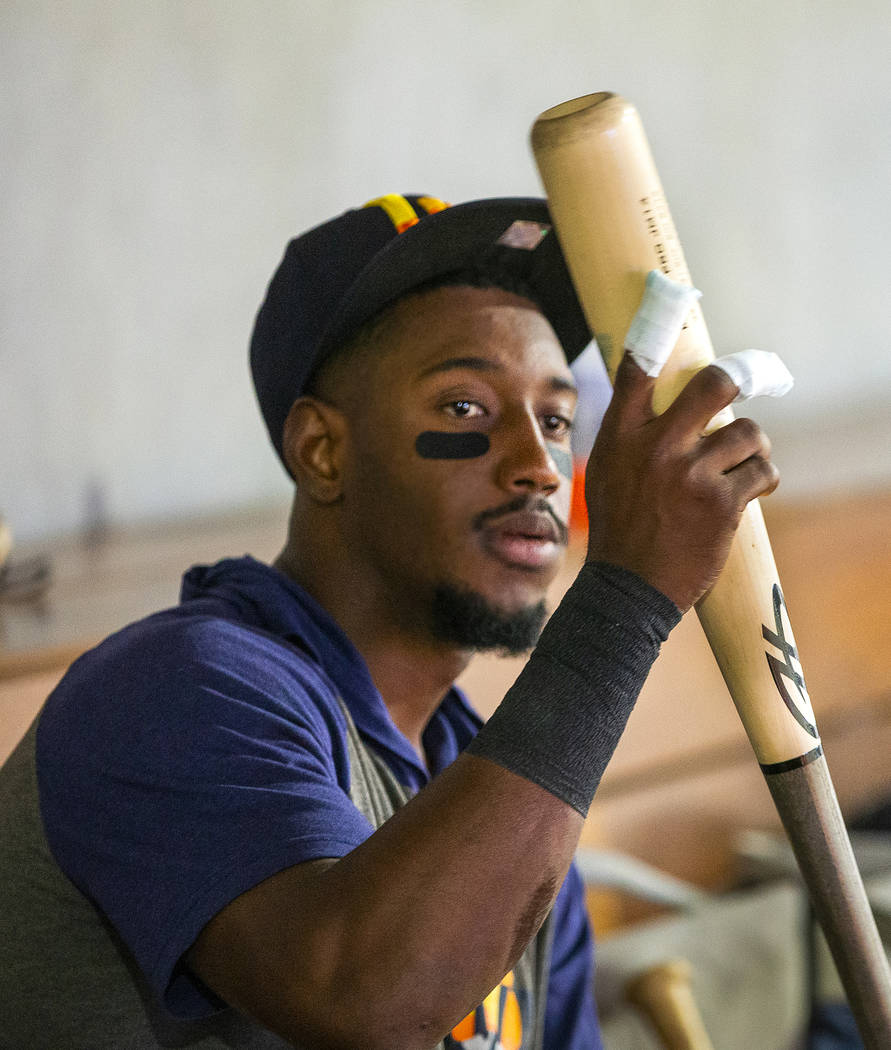 Las Vegas Aviators shortstop Jorge Mateo (14) attempts to grip a bat with fingers wrapped after being hit in the hand by a pitch versus the Sacramento River Cats during game four of their best-of-five first-round Pacific Coast League playoff series at the Las Vegas Ballpark Saturday, Sept. 7, 2019, in Las Vegas. (L.E. Baskow/Las Vegas Review-Journal) @Left_Eye_Images 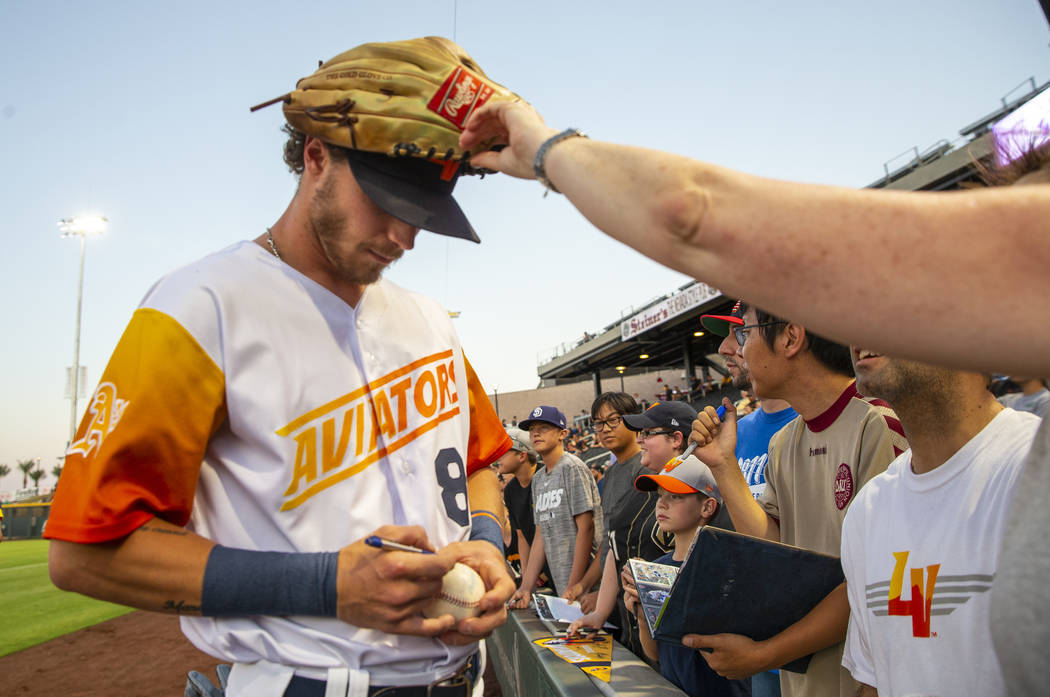 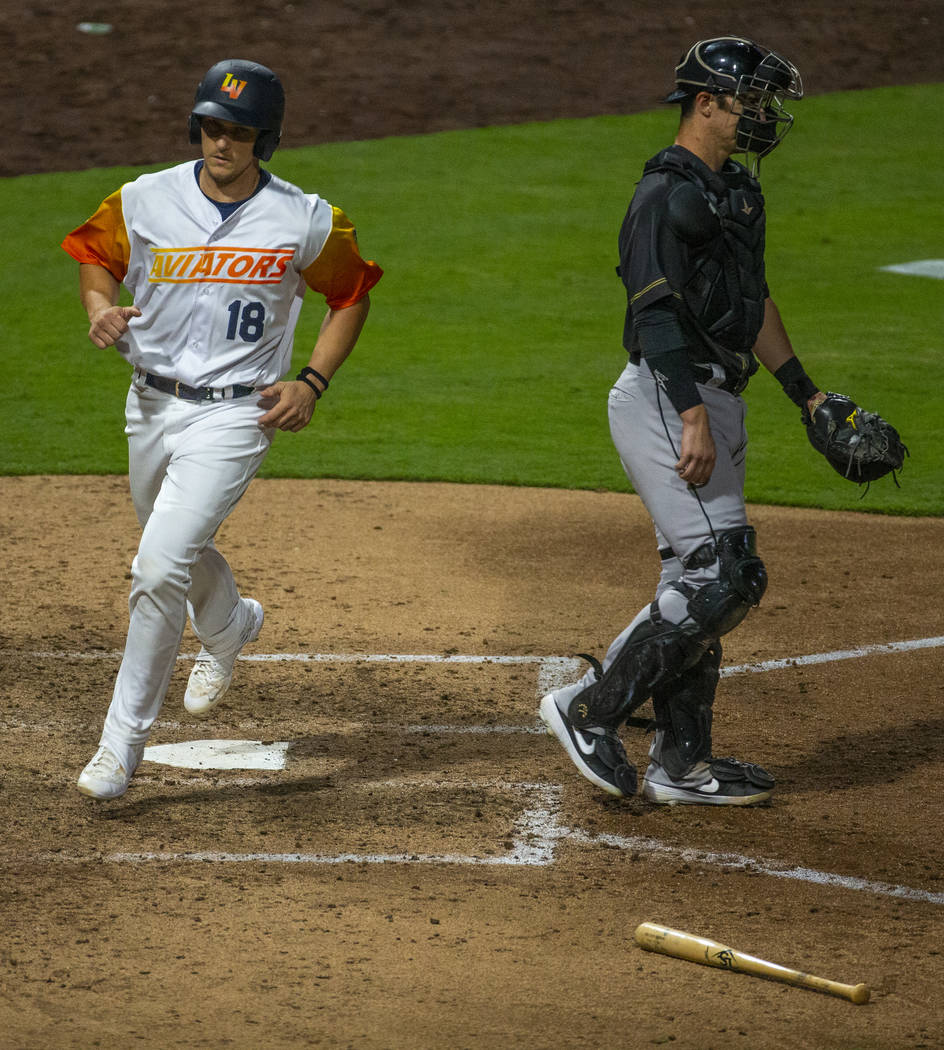 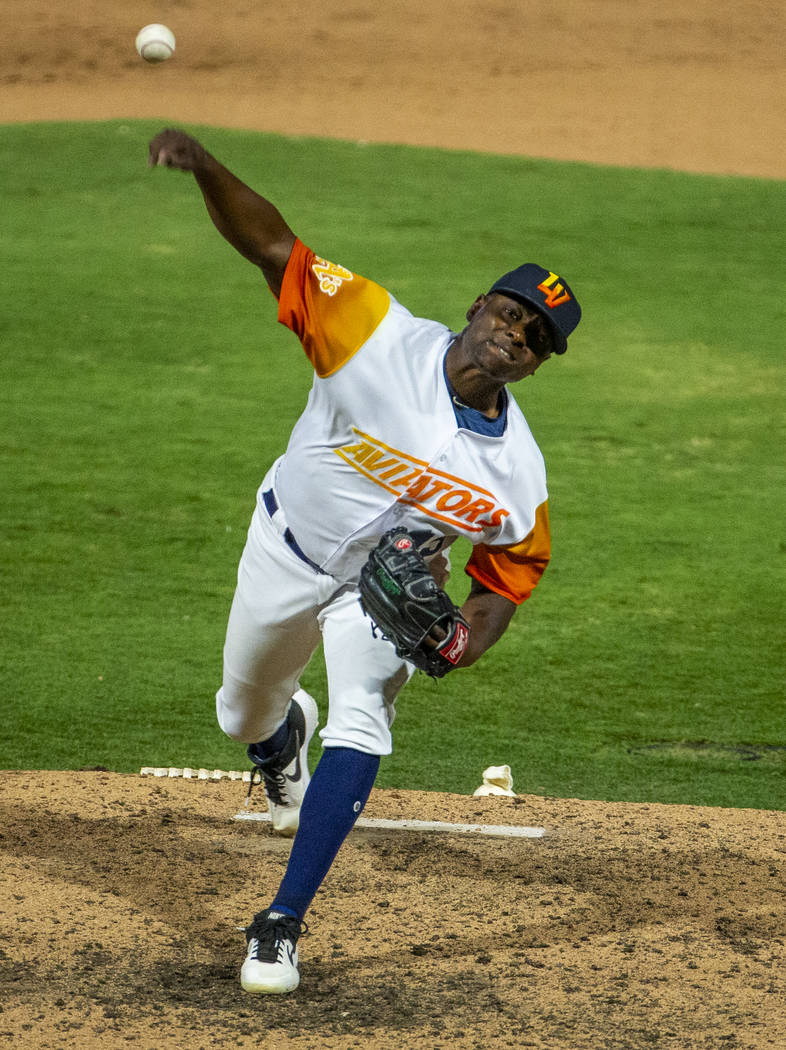 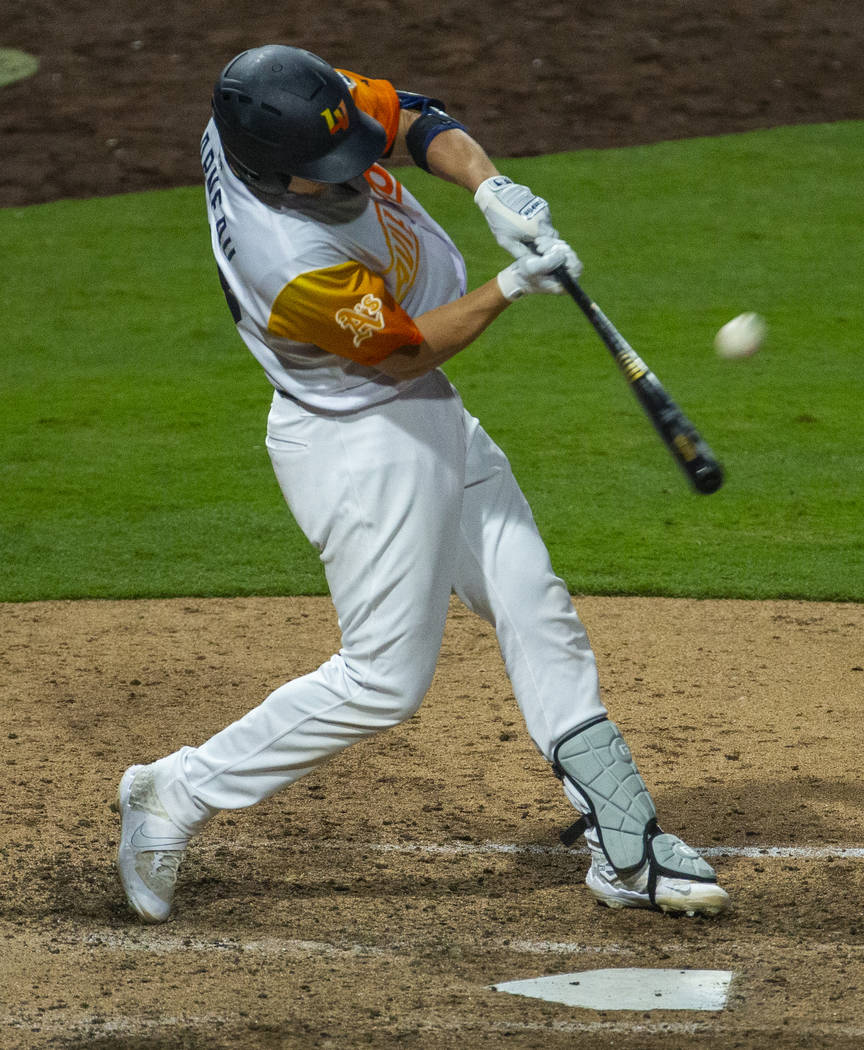 It wasn’t enough to will the home team to a win.

The Sacramento River Cats held down the Aviators most of the night in front of an announced crowd of 7,242 and then escaped in the eighth to win Game 4 of their best-of-five first-round Pacific Coast League playoff series 5-3. The teams will play again at 12:05 p.m. Sunday at Las Vegas Ballpark to determine who will advance to the second round.

The Aviators trailed 4-1 entering the eighth after managing two hits in the first seven innings. Second baseman Eric Campbell and left fielder Mark Payton then hit consecutive singles and catcher Dustin Garneau followed with a run-scoring double to put runners on second and third with one out. A fielder’s choice scored another run, but designated hitter Jonah Heim grounded out to first base to end the threat.

The rally proved too little, too late for the Aviators, who struggled against Sacramento’s Carlos Navas to start the game and finished with only five hits. Navas, a 27-year-old right-hander, wasn’t overpowering but allowed just one hit and no runs in five innings.

He got off to a rocky start by hitting Aviators shortstop Jorge Mateo with a pitch to start the game but settled down after that. Mateo left the game in the second inning, but an update on the All-Star’s status wasn’t immediately available.

The Las Vegas franchise hasn’t won a playoff series since 1988. 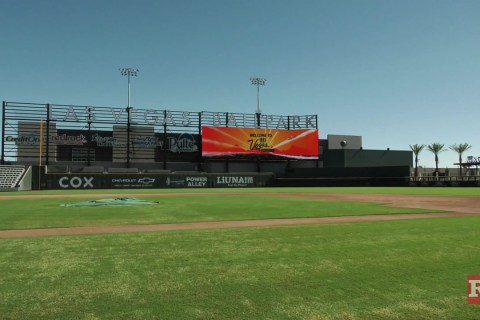 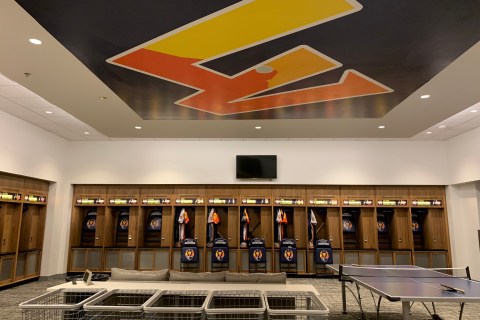