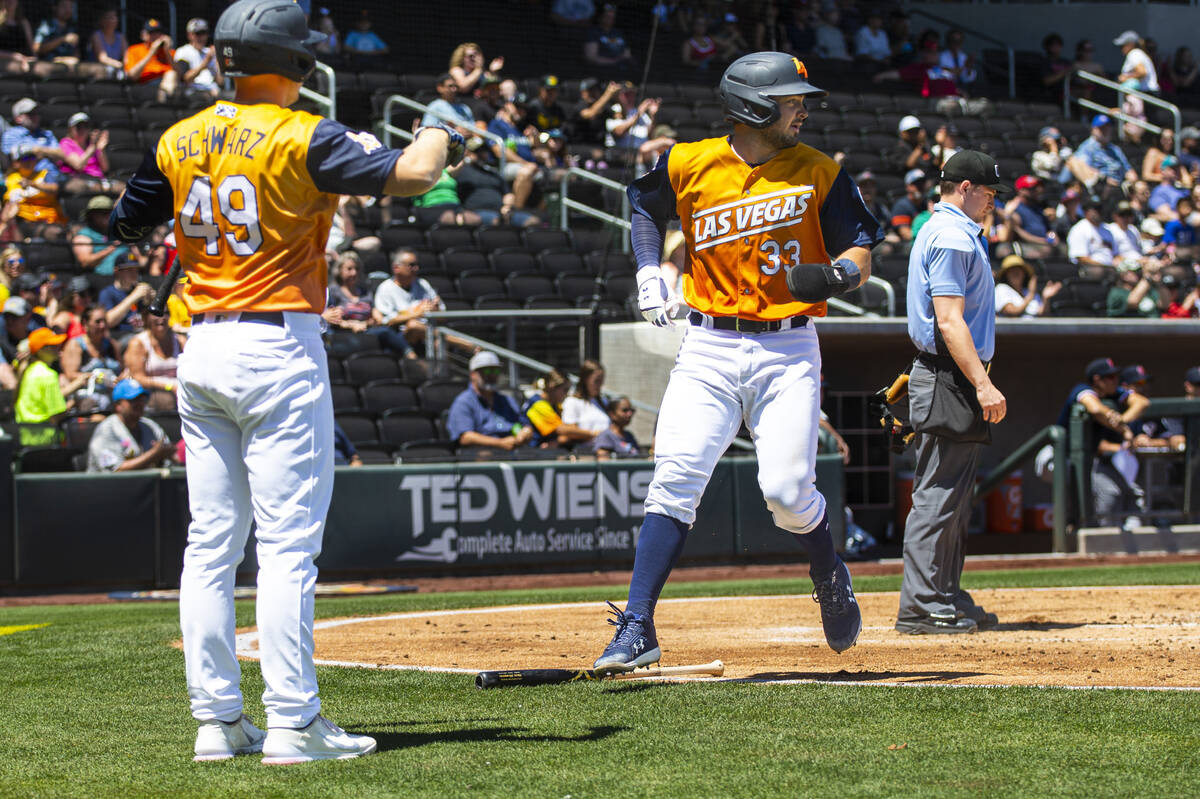 1. Turnstiles singing: After 18 games, the Aviators lead Triple-A baseball with attendance of 122,429 — an average of 6,801. That’s basically just a Bobblehead Night short of what the parent A’s are averaging in Oakland — 7,715 after 13 home dates — as negotiations to build a new ballpark in the other city by the bay — or one in Las Vegas — continue.

THANK YOU FANS!
After 18 home games, the Las Vegas Aviators and Las Vegas Ballpark continue to lead all of Triple-A in attendance at a total of 122,429 visitors. pic.twitter.com/Se0x3bp5Bp

2. Shea it again: Is catcher Shea Langeliers as good as advertised or what? The A’s second-ranked minor league prospect went into the weekend leading the Aviators in batting average (.330), runs (21), home runs (10) and RBIs (23). All three highlight videos on the Aviators website home page are of Langeliers hitting doubles or home runs.

Shea Langeliers knocks his second homer of the night, his 5th in 6 games

3. Pitching in: But it might be time to finally cue a clip of one of Langeliers’ battery mates. Before being blanked 4-0 Friday at Sacramento, the Aviators posted a shutout of their own. They beat the River Cats 5-0 Wednesday behind right-hander Parker Dunshee, who allowed one hit in six innings.

Look who had a fantastic day pic.twitter.com/1u5Bu9zYbF

4. Shirts on their back: Although the Aviators have more official colors than a kaleidoscope — navy blue, gray, yellow, orange, gold — a well-placed source said the team will be switching the hue of its predominant home jersey to predominantly orange next season. Although the actual color swatch is said to be closer to tangerine than orange.

✈️⚾️🐶 Flying with our canine!
Finn… the Aviators best friend!

On Wednesdays we Bark in the Berm and travel with our canine co-pilots, like our @SWGas Finn the Bat Dog. Are you bringing your pup to the park tonight?! ➡️ More info: https://t.co/IgAjtVL5Ws pic.twitter.com/IpC9zXX39q