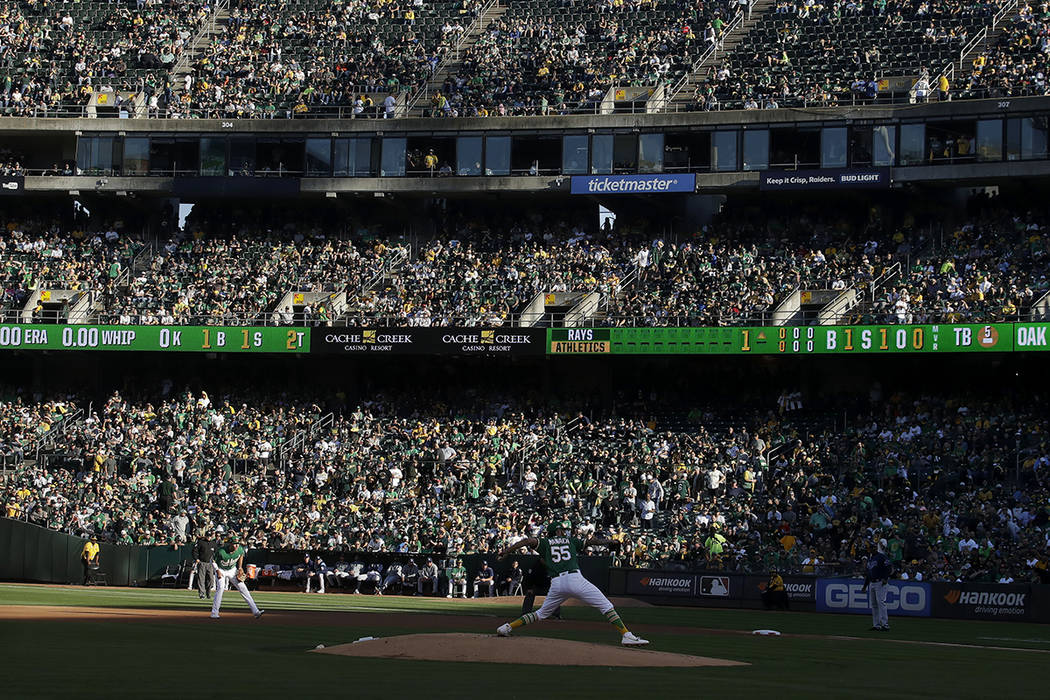 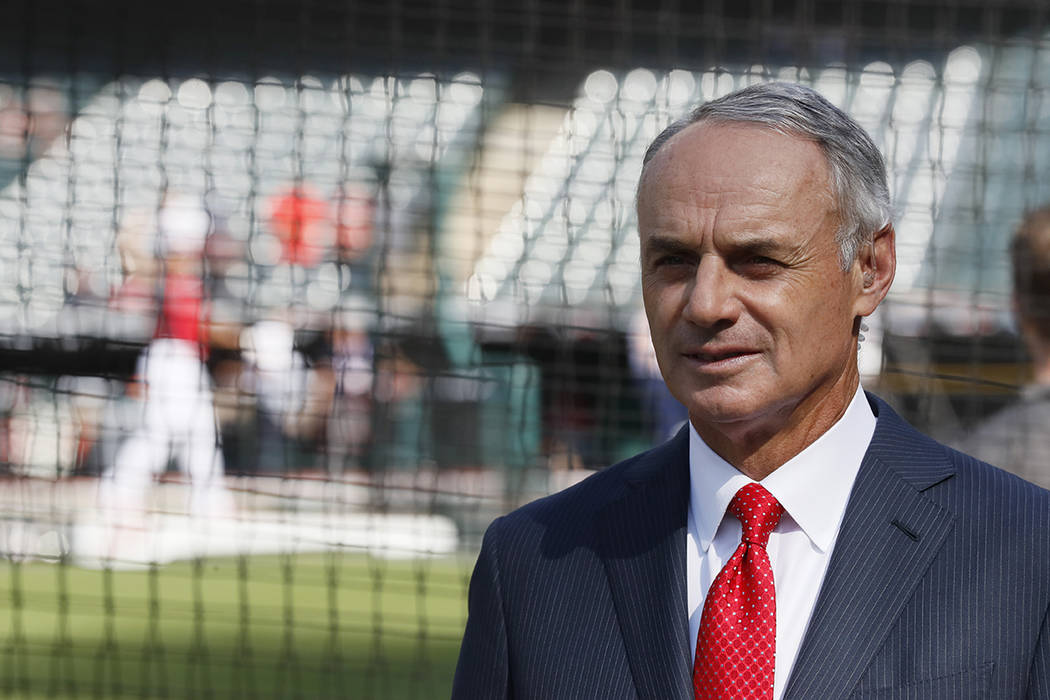 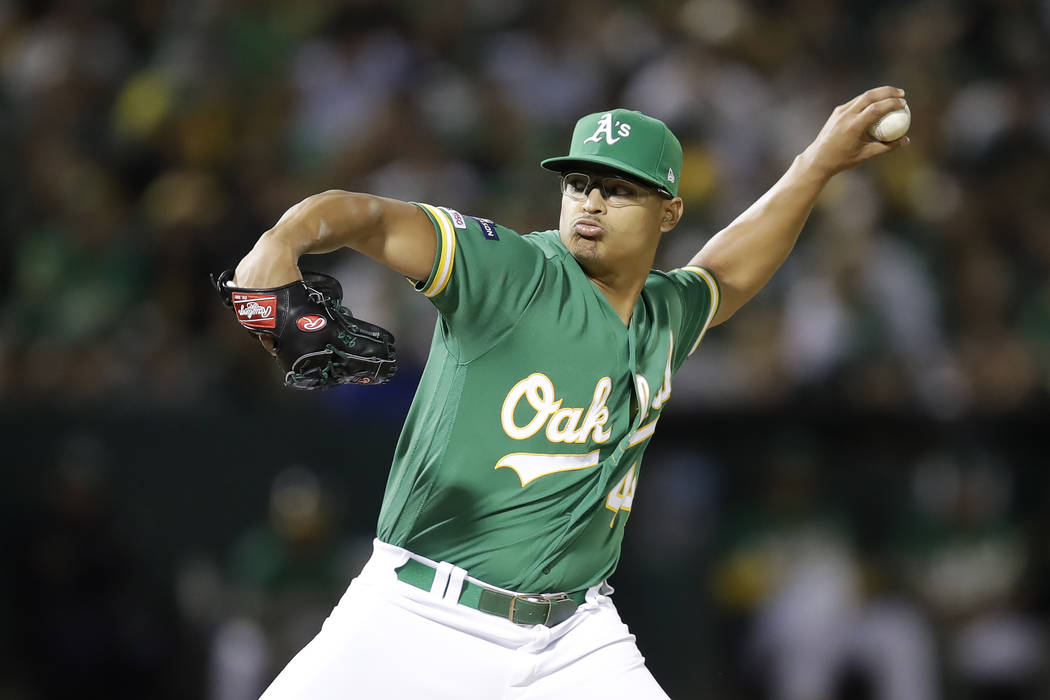 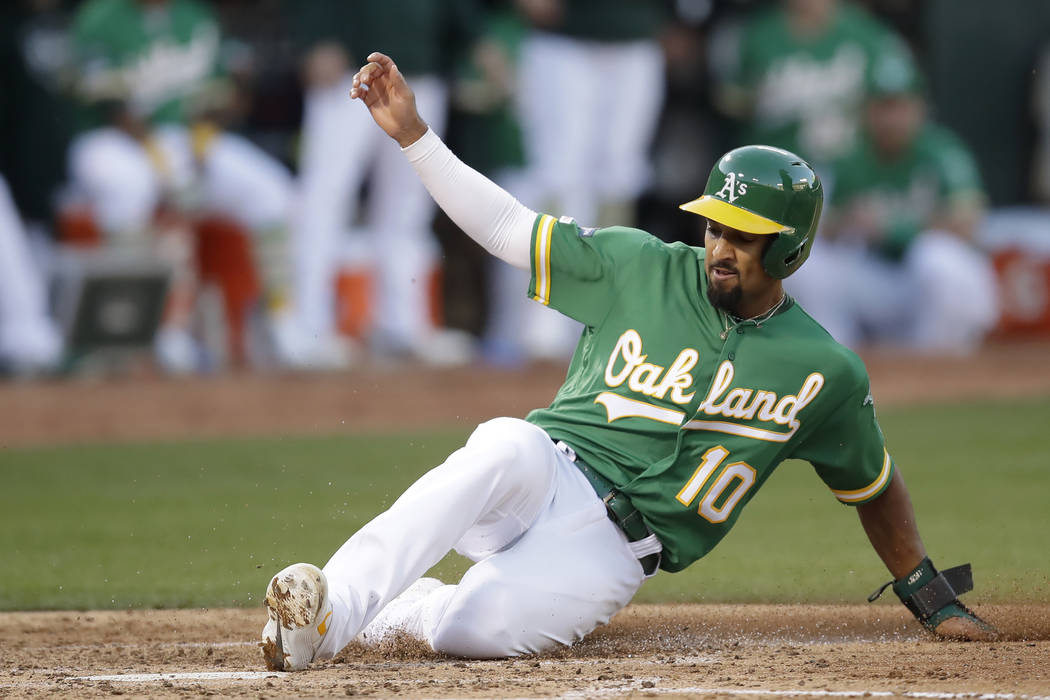 Major League Baseball Commissioner Rob Manfred last week told Oakland officials that the Athletics could move to Las Vegas if the city doesn’t drop its lawsuit over the sale of land at Oakland-Alameda County Coliseum, according to a story in Sunday’s San Francisco Chronicle.

According to Reid, Manfred told Oakland officials that the A’s have options elsewhere if the city doesn’t change its stance.

In recent months, the Review-Journal reported that both Las Vegas and Henderson have entered nondisclosure agreements to discuss the possible relocation of the Arizona Diamondbacks to Southern Nevada. And the Athletics are the parent ballclub for the Triple-A Las Vegas Aviators, who recently built a ballpark in Summerlin. But there has been no evidence of the A’s making overtures to relocate to Nevada.

MLB officials promised a statement, but none was made available as of Monday evening.

Top Las Vegas officials said they were unaware of any conversations between the city and Athletics.

“I will have to go do some snooping to see if somebody else has had a conversation,” Mayor Carolyn Goodman said.

For Goodman, it’s only a matter of time before Las Vegas boasts a Major League Baseball franchise and she rattled off a few of the city’s selling points: strong local economy, diverse community and international flights.

“We welcome everyone to our city of Las Vegas with open arms and warmth,” Councilwoman Michele Fiore said when asked about the Athletics.

Could the Athletics follow the Raiders in relocating to Las Vegas?

“Anything’s possible,” according to Goodman, joking that “all of Oakland may move here.”

Goodman exercised caution, however, noting how the city has been used before as a bargaining chip whenever its name has come up as a possible destination for professional sports franchises.

“(Manfred) talked about how it was five years ago that he became commissioner, how he had resisted the A’s moving to San Jose back then,” Reid said. “Then he talked about his frustration with the lawsuit and how the city needs to make it go away.”

At issue, the Chronicle reported, is the City Council’s decision to sue to block the county from selling its half-ownership of the Coliseum site to the A’s. A judge issued a temporary restraining order last week putting any sale on hold.

The city, which owns the other half of the Coliseum complex, wants the county to sell its share to Oakland. The problem is that Oakland doesn’t have the $85 million that the A’s are offering.

Ultimately, The Chronicle reported, the A’s want to develop the 155-acre site to help pay for a privately financed ballpark they are proposing to build at Howard Terminal near Jack London Square.

The next court hearing on the matter is set for Nov. 14.

Reid told the Chronicle that one way or another he’s confident the lawsuit will go away.

On Thursday, Kaplan issued a statement saying that “in the interest of reducing strife and litigation, the Oakland City Council has unanimously asked our administration to meet directly with county leaders on strategies to resolve issues regarding our shared public property.”

Schaaf told the Chronicle she wants the city to get the land, but through negotiations and not a lawsuit. She said she has always supported a privately financed ballpark that is “responsible to taxpayers.”

“I’m confident we’ll get there,” the mayor said.

Assistant sports editor Bill Eichenberger can be reached at beichenberger@reviewjournal.com.