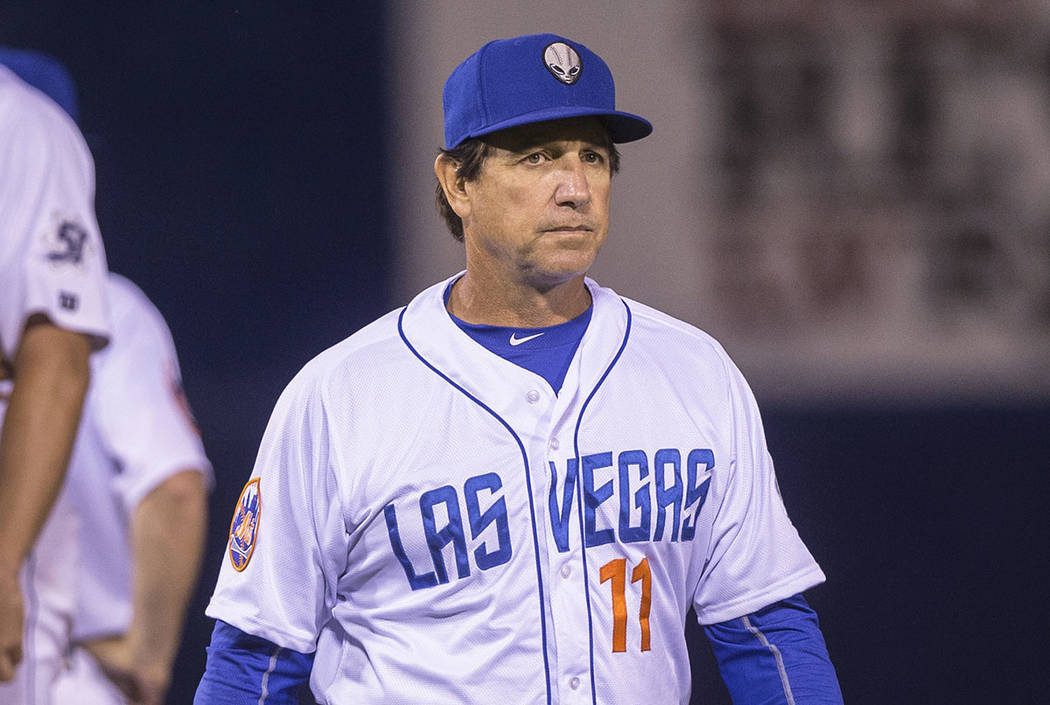 The 51s spent nearly all of Saturday night playing catch up.

And after doing so successfully twice, they couldn’t dig themselves out of a hole the third time, falling 11-5 to Tacoma on Saturday night at Cashman Field.

They tacked on another run with a Jayson Werth sacrifice fly.

Two innings later, the 51s came back for the first time, using a Kevin Kaczmarski RBI single and Cody Asche RBI double to do so.

In the fifth, after Chris Herrmann gave the Rainiers the lead back with his sixth home run of the season, Las Vegas got some help from Tacoma third baseman Seth Mejias-Brean.

Christian Colon scored on the play as a ball hit by Matt den Dekker rolled under Mejias-Brean’s glove and into left field.

The next time the 51s fell behind, it was for the final time.

Mike Marjama hit a two-run blast off of starter Cody Martin to take the lead back and Zach Vinjec added on with a home run of his own.

Martin, who had been signed from an independent league team but hadn’t yet started his season, had to be stretched out to 104 pitches in just his second start with the 51s because call ups and injuries had left the 51s thin.

“Probably five innings would have been good for him,” manager Tony DeFrancesco said. “Quality outing. He gets to the sixth inning, he gets the first guy and gives up the home run that kind of took us out of the game for a while.”

The 51s grabbed two runs back in the seventh with a Colon RBI single and a Kaczmarski sacrifice fly but stranded den Dekker on third to end the rally.

“We had a few chances. (We were) 1-for-7 trying to drive runs in. We got back in the game but unfortunately the big hit’s not coming to try to break the game (open) and we gave up too many home runs today.”

Las Vegas never got closer than that as the Rainiers piled on insurance runs.

“Our pitchers are trying to do the best they can to execute pitches and everything,” Colon said. “…We’ve just got to do the same thing. Just go out there and have good at-bats and try to match what they do.”

But that became harder as the Rainiers added one on the eighth off of Kyle Regnault and four off of Tim Peterson, who has been the 51s’ best reliever this season, in the ninth.

“I think playing on our home field, we haven’t played well here,” DeFrancesco said. “We haven’t driven the ball like we should. The other teams are taking advantage of the wind and the field situations and they’re coming on top, three to four home runs a night and we just can’t stop it.”