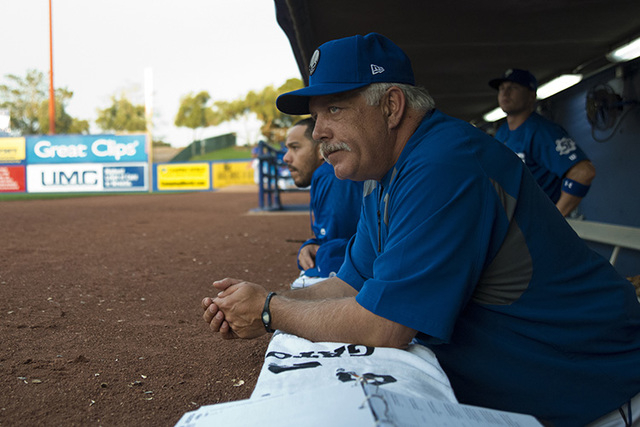 Things started to unravel Saturday in the ninth inning for the 51s.

A Gavin Cecchini error set into motion a chain of events which ended up with the 51s losing a four-run lead in the ninth.

They eventaully came back to win, but after the game, manager Wally Backman talked about the need for the young guys to slow the game down.

“There’s a few guys and they’re young. They’re still learning. We’re developing them,” Backman said. “You’ve got to be able to play the first and second innings just like you play the ninth inning.”

Backman said it was a challenge the coaching staff would address and it’s the type of thing they have to work on with players every year.

“The game is like that all the time in the big leauges. Every inning. … Those are things that you try to teach where they can stay calm and relax,” Backman said. “You’ve got to want the ball hit to you and you’ve got to want to be the person that makes that play to save the game or to make that last our of the game.”

Backman seemed happy with the team’s chemistry a couple weeks into the season, despite the fact that the team didn’t have a lot of time to gel before the season started.

With a Triple-A team, many players spend time in big league camp before being reassigned at various times throughout the spring.

“None of these guys really played together in spring training. I mean not even half of them,” Backman said. “It’s kind of unfortunate that a lot of times it happens coming out of spring training with a Triple-A club that has never played a game together. It happens with a lot of organizations because a lot of guys stay in Major League camp.”

He called the first week a “feeling out process,” especially for new players to the team with both their coaches and teammates.

Saturday, the Mets placed starter Jacob deGrom on the family medical emergency list to be with his wife and newborn son, who is being treated for a medical issue.

DeGrom may remain on the list for three to seven days.

Depending on deGrom’s return, Rafael Montero — the 51s opening day starter who was recalled by the Mets on April 13 — could get a ticket back to Las Vegas sometime within the next week.

Duane Below is expected to pitch for the 51s in Montero’s rotation spot on Wednesday.

Below, who was not on the team’s roster to begin the season, was 4-3 with the 51s last season.