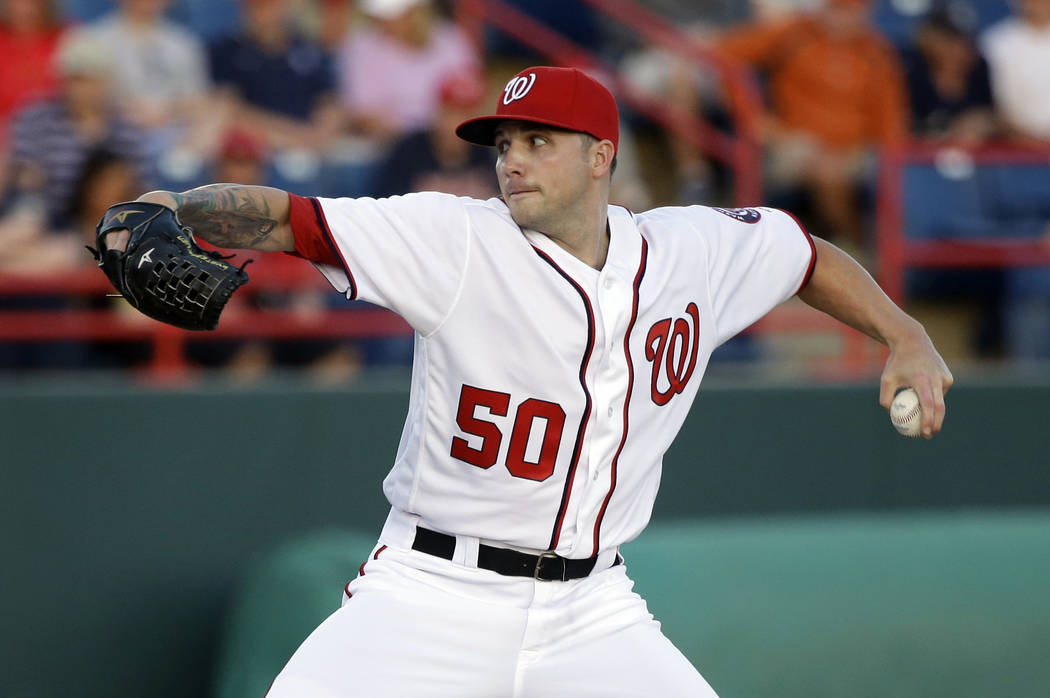 Hours after being pulled from his third start for the 51s, Aaron Laffey officially hung up his cleats.

“He just felt it from inside that he gave it everything he had after 16 years,” manager Tony DeFrancesco said. “Plus, the results weren’t very good so that could have been part of it. But at times, you lose your fire and that’s where he’s at.”

Laffey, who was signed from the independent Somerset Patriots in May, had given up seven and eight runs in his first two outings with the 51s.

Wednesday, he gave up three runs in the first, two in the second and three in the third before the Baby Cakes (28-31) erupted for eight runs in the fourth. Six of those runs came off of Laffey.

Though Laffey was hit hard early, he wound up pitching three-plus innings to try to help preserve the bullpen.

“We just don’t have enough bullpen depth,” DeFrancesco said. “After yesterday’s game, there’s only three relievers down there. If I use them all in the game today, there’s nobody to pitch tomorrow so that’s part of Triple-A — you have to sacrifice a game for the next two or three games.”

Former Met and 51 Eric Campbell led the way for the Baby Cakes offensively, going 4-for-4 with four RBIs.

“I think he was probably leaving the ball up a little more than he wanted to and we did a really good job with guys in scoring position,” Campbell said. “Guys on third with less than two outs, moving guys over, we just did everything well it seemed like tonight.”

Las Vegas (25-35) never led in the loss. The 51s scored a run in the first on a Dominic Smith RBI double. It added a run each in the fourth, sixth and eighth innings on a Johnny Monell RBI groundout, Christian Colon RBI double and Patrick Kivlehan RBI hit respectively.

“Laffey didn’t have it today. He got hit hard from the beginning. Gave up 14 runs. After that we’re out of the game, we just kind of battled through,” DeFrancesco said. “We scattered 11 hits. Smitty got a couple hits today. (Cody) Asche, (Christian) Colon got a few base hits but overall out of the game early and we have to move on to tomorrow.”

Along with Campbell, Cristhian Adames also added four hits of his own. Scott Van Slyke and Cito Culver each drove in three runs for New Orleans, which finished with 20 hits on the night.

“It just seemed to be one of those nights where everything we hit was falling,” Campbell said. “Guys got more confidence so it’s easier to hit when you’ve got a hit on the board already and we just kind of kept the line moving.”

Outfielder Matt den Dekker was placed on the disabled list on Wednesday.

DeFrancesco said he went to New York to get his knee checked out.