If you are having problems accessing today’s e-Edition, please click on this link VIEW E-EDITION
By Justin Emerson Las Vegas Review-Journal
May 29, 2018 - 2:31 pm 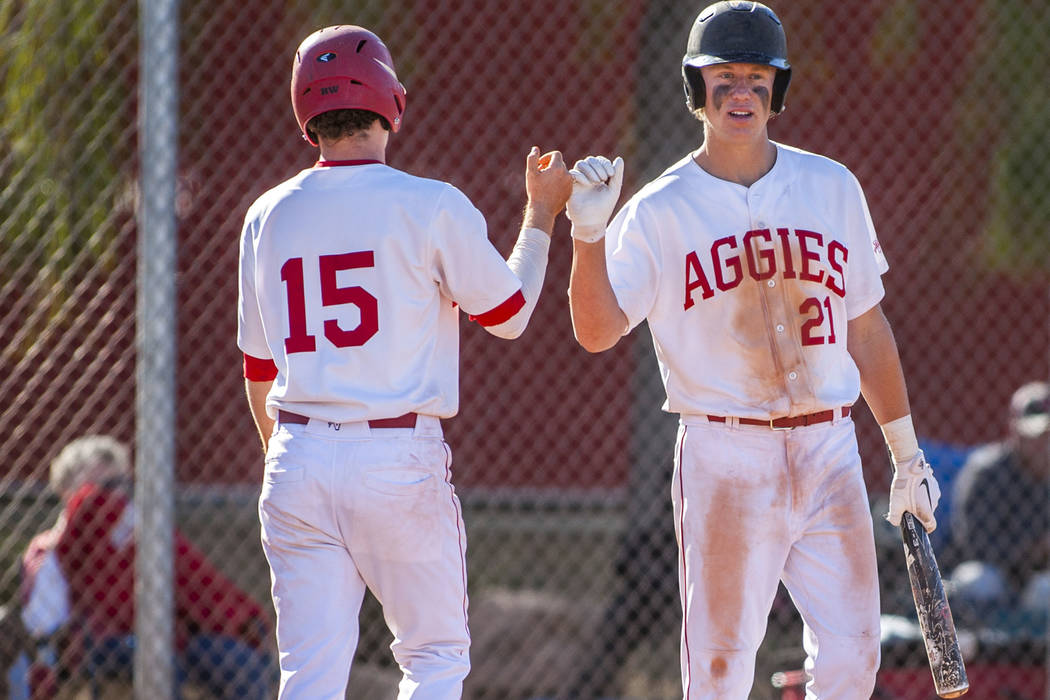 Pfeifer was a two-way star for the Aggies this season, leading the nation with 17 homers with a .430 average and 50 RBIs. He homered in nine consecutive games from April 10-25 and led the Aggies to a 19-13-1 record.

On the mound he was posted a 2.35 ERA in 56⅔ innings, striking out 61 and allowing 19 walks. He was the Sunset Region Player of the Year.

Thank you for everybody that has supported me through this journey of my life and has gotten me this far. Without y’all none of this is possible. Blessed and honored to receive this award. #GPOY ❤️⚾️ pic.twitter.com/iNU172rSPe

Pfeifer is signed to play at UNLV.