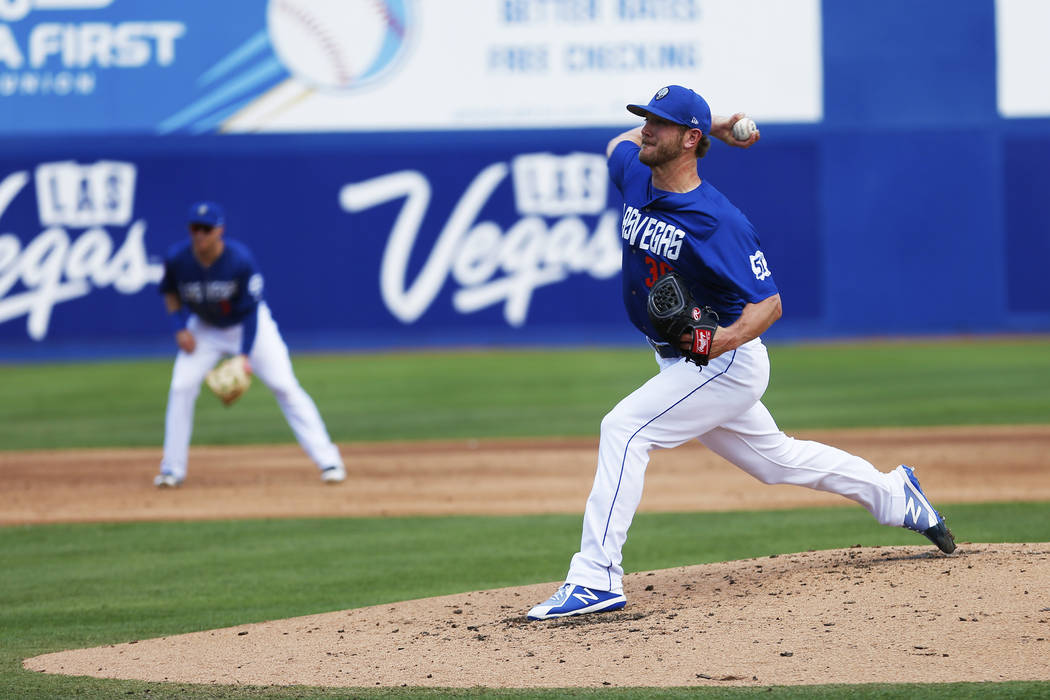 The 51s got their second quality start in two days Tuesday to salvage the end of a series against Tacoma that started with three straight losses.

Drew Gagnon took a no-decision, but pitched well in his start as the 51s beat the Rainiers 4-3 in a matinee game at Cashman Field.

“Our starting pitching, once it gives us a chance, it seems like we’ve got a chance to win some games,” Las Vegas manager Tony DeFrancesco said. “If we’re knocked out early, then it’s just a battle for the guys to try to put up too many runs.”

Gagnon kept the 51s (22-31) close in tossing his second straight quality start. He pitched six innings and gave up three runs while striking out eight.

“I just threw strikes, threw a lot of strikes,” Gagnon said. “I got a lot of ground balls and let the defense play the game like I want to do. Get my ground balls, and when I was ahead, I put guys away for strikeouts.”

After he left, Las Vegas scored two runs in the seventh inning. Matt den Dekker tied the score 3-3 with a double that drove in Christian Colon, and the second run scored on Dominic Smith fielder’s choice.

The 51s had been trailing since the fourth inning when Gagnon gave up three runs on RBI hits from Adam Law and Jansiel Rivera.

“The fourth inning, I was throwing the ball just with no conviction, no aggressiveness, and they took advantage of it,” Gagnon said. “If I could go back and take those two changes back, I would in a heartbeat.”

When he left, the 51s trailed 3-2 — they scored their first two runs on Kevin Kaczmarski’s RBI single in the second and his sacrifice fly in the fourth — but got three scoreless innings from their bullpen to stymie Tacoma (27-26).

Anthony Swarzak, on a rehab assignment from the Mets for a strained oblique, pitched a scoreless seventh inning, allowing a bunt single and striking out two.

“It was my first time facing hitters since March 27 or 30, so it was nice to go in there and get good results,” Swarzak said.

Drew Smith pitched a scoreless eighth, and Tim Peterson got his seventh save with a scoreless ninth.

“Obviously we didn’t win the series, but getting the last two wins was good going into Reno,” Gagnon said.