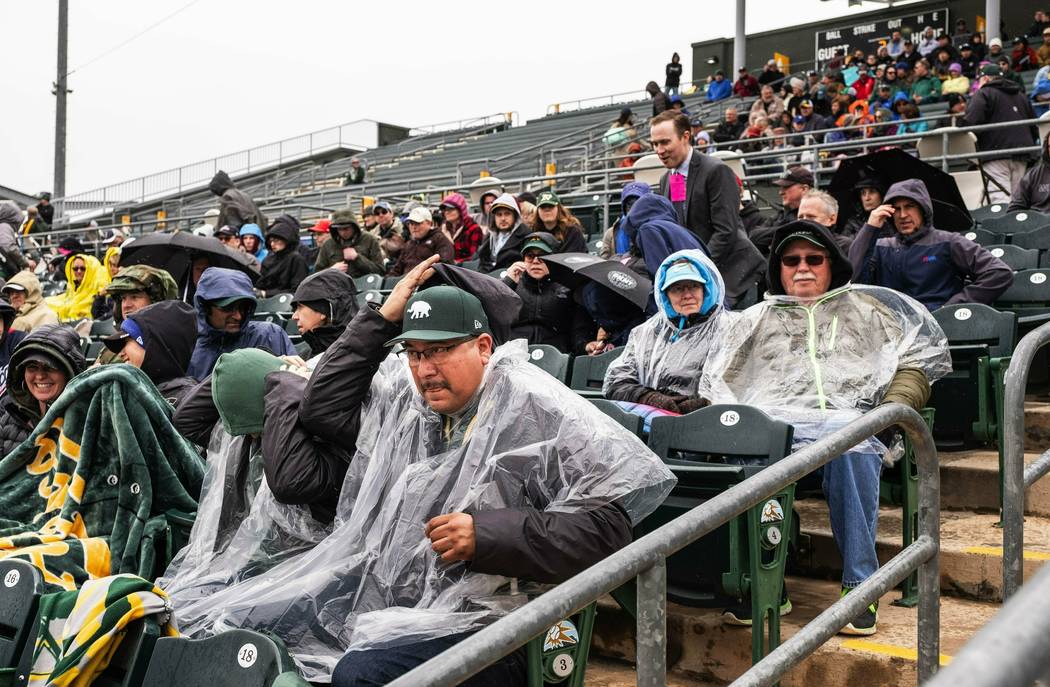 Fans at Hohokam Stadium try to cover up as rain settles in and ends up canceling a spring training baseball game between The Seattle Mariners and the Oakland Athletics after 1-1/2 innings Thursday, Feb. 21, 2019, in Mesa, Ariz. (Dean Rutz/The Seattle Times via AP) 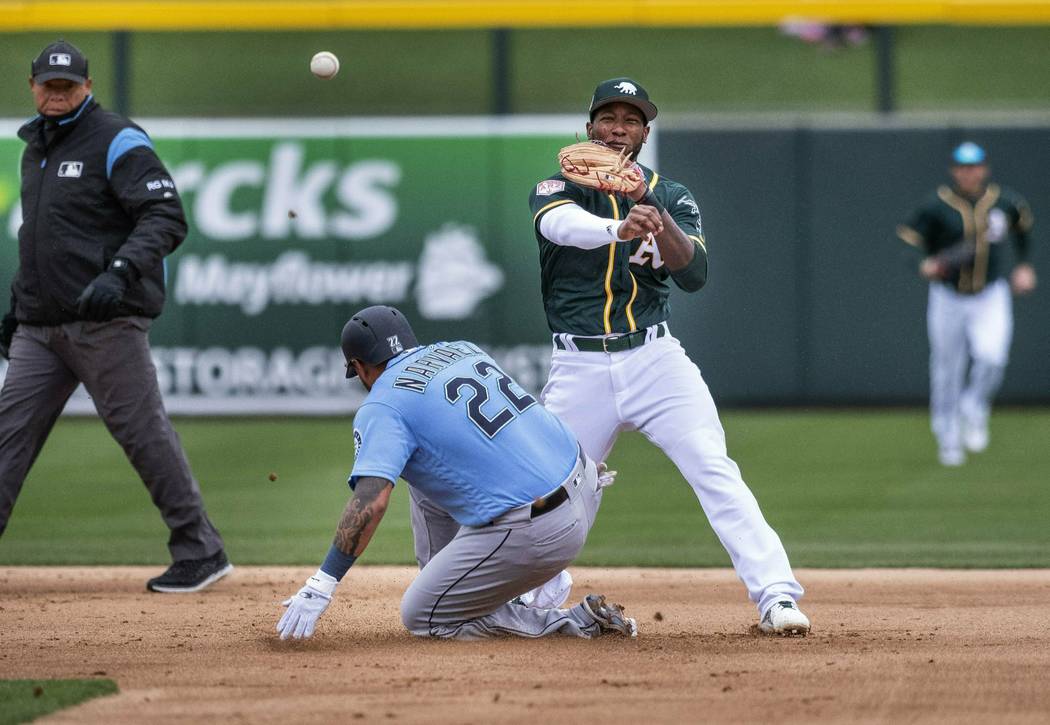 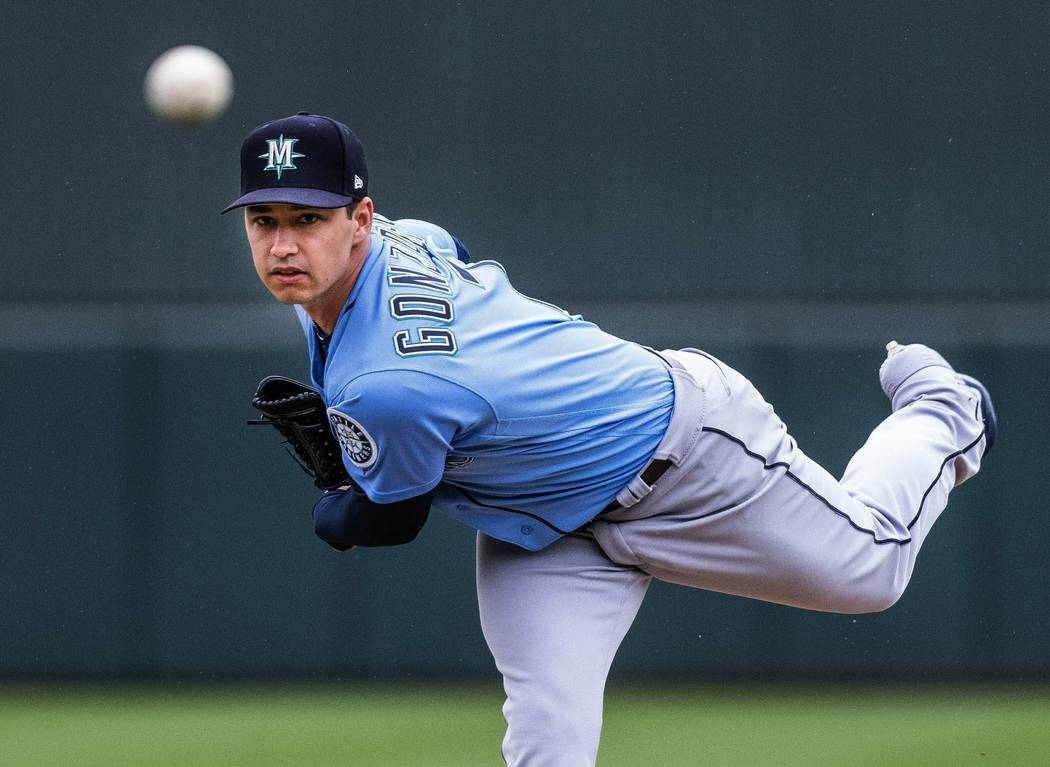 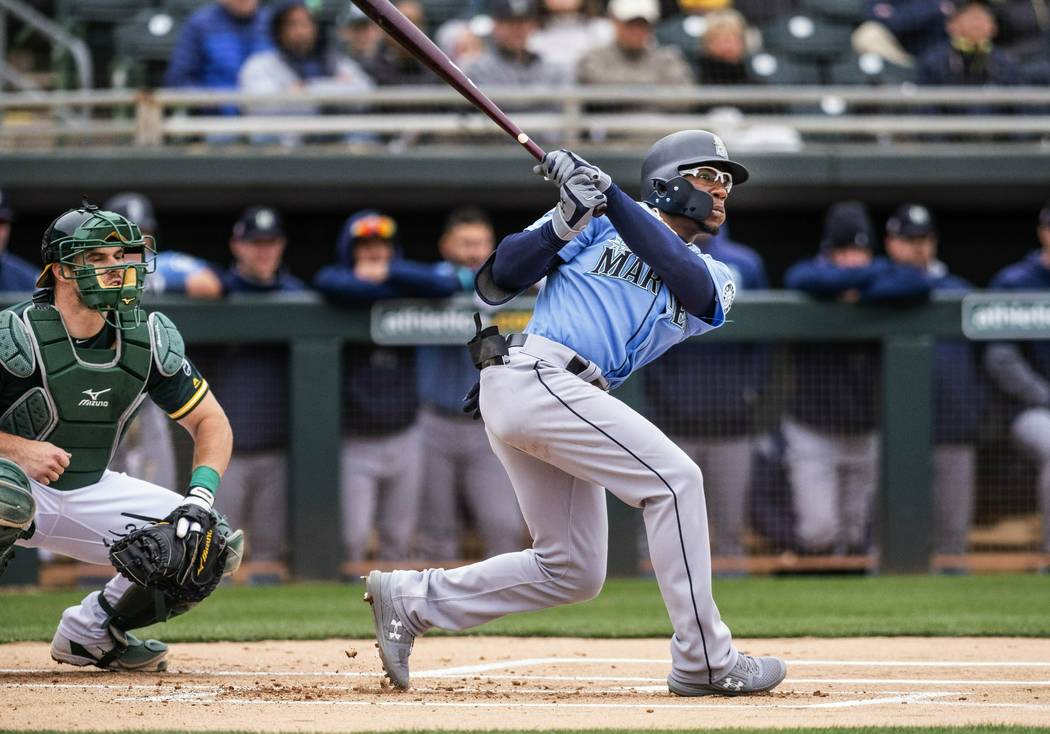 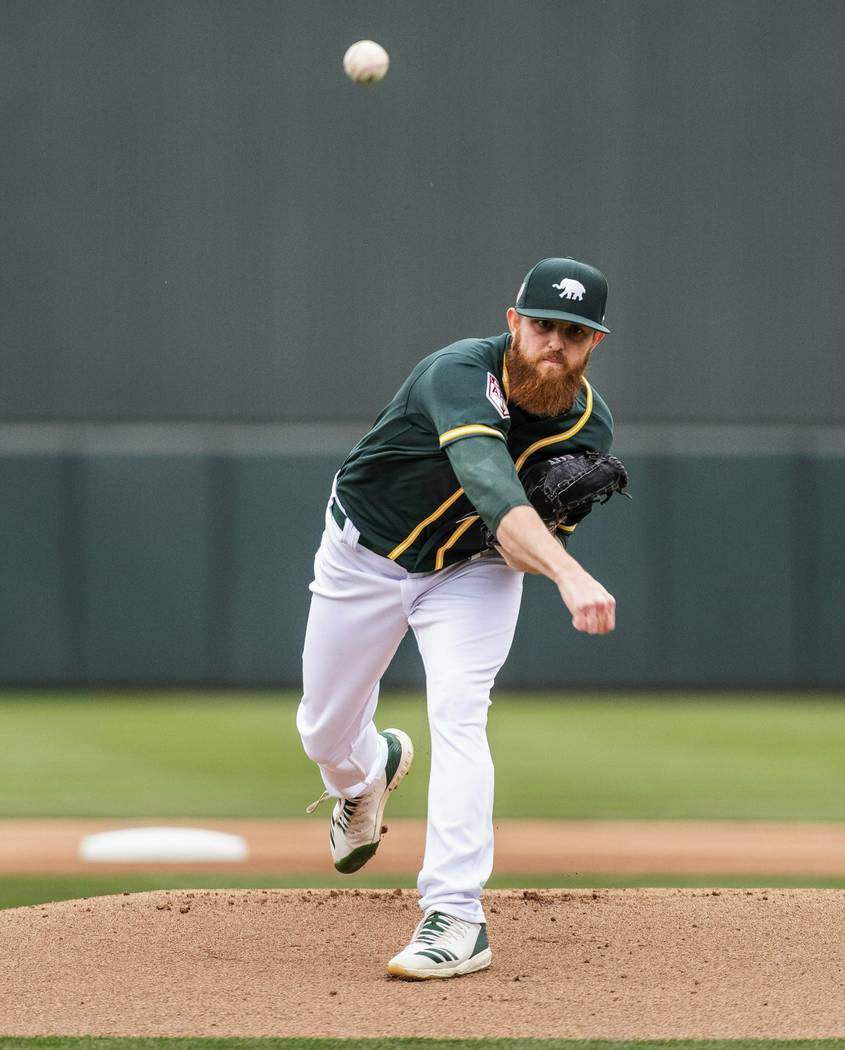 MESA, Ariz. — The spring training season started with a splash. Just not the kind fans hoped for.

In the first major league exhibition game of the year, the Seattle Mariners and Oakland Athletics were rained out Thursday. The Mariners roughed up Jerry Blevins and led 5-0 in the middle of the second inning when it was called — so in a game where the stats don’t count, they really won’t count.

The Cactus League opener was rained out after Major League Baseball had 54 regular-season postponements last year, the most since 1989.

The Athletics and Mariners started early to give them time to prepare for their upcoming trip to Japan, where they’ll play regular-season games on March 20-21 at the Tokyo Dome.

Dylan Moore, one of six players in the Mariners’ starting lineup who was new to the organization, hit a two-run double in the second off Blevins. Shed Long hit two doubles, and Domingo Santana had a sacrifice fly.

“Give them credit for their first at-bats of the spring in those type of conditions,” Melvin said. “They all had good at-bats.”

It was an unseasonably cool 50 degrees at the start of the exhibition opener at Hohokam Stadium. Marco Gonzales pitched one inning for the Mariners before the rain came.

“We had a pretty good idea it was going to rain, but I’m really glad we got Marco out there,” Mariners manager Scott Servais said. “That was the goal today. We were hoping to get two innings out of him, but the rain didn’t quite hold off long enough. But good start, a lot of good things.”

Ichiro Suzuki, at 45 expected to play for the Mariners in the opening series in Japan, wasn’t in the lineup for Seattle. He was hit on the right foot by a pitch from Felix Hernandez during batting practice on Wednesday.

The Mariners and A’s are set to try again Friday in Peoria, though the weather forecast isn’t much better.

The Grapefruit League season is scheduled to begin earlier in the day when Philadelphia plays Tampa Bay in Port Charlotte, Florida.