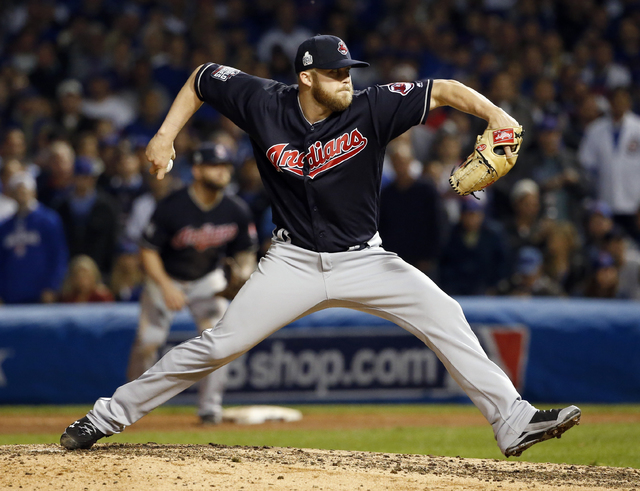 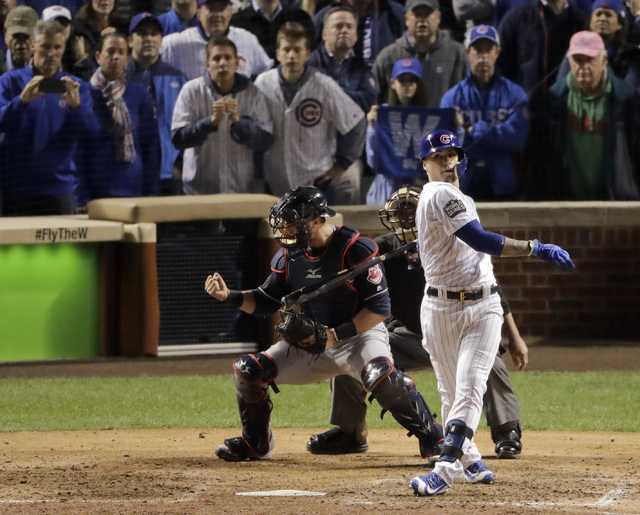 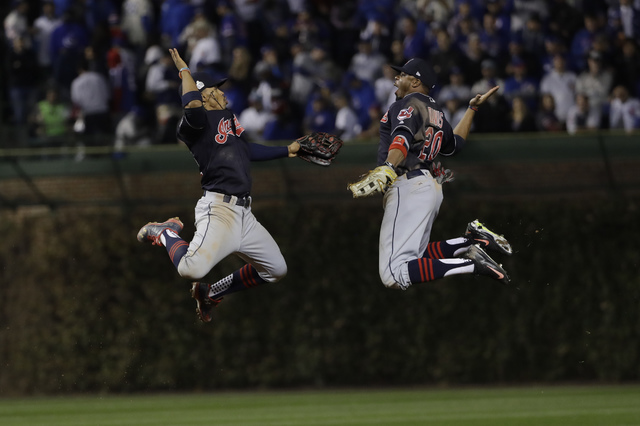 Allen escaped a ninth-inning jam and the Indians pitched their fifth shutout this postseason, holding off the Chicago Cubs 1-0 Friday night for a 2-1 lead in the World Series.

The crowd began forming beyond the ivy-covered walls in the early morning, all revved up for the first World Series game at Wrigley since 1945.

Fans were roaring after a two-out error by first baseman Mike Napoli helped Chicago put runners on second and third in the ninth. Allen silenced the neighborhood ballpark, striking out co-NL Championship Series MVP Javier Baez to end it.

Pinch-hitter Coco Crisp hit an RBI single in the seventh off Carl Edwards Jr. for the lone run.

The Cubs have been blanked four times in the last eight games this postseason. It was their first 1-0 loss in the World Series since Babe Ruth and the Boston Red Sox beat them in 1918.

Cleveland now has a chance to take a commanding 3-1 lead with ace Corey Kluber starting Game 4 on short rest Saturday and coming off a dominant performance in the opener. John Lackey pitches for Chicago.

Not since they dropped Game 7 against Detroit in 1945 had the Cubs hosted a World Series. The last time they won one? That was two days earlier when they beat the Tigers in 12 innings.

Decades of disappointment and curses gave way to a major league-leading 103 wins and hope for the Cubs that their first championship since 1908 is on the way.

But just as they did against the Los Angeles Dodgers in the NLCS, they will have to rally from a 2-1 deficit if they are finally going to win it all.

Miller got the final out for Tomlin in the fifth, stranding a runner at second. Miller, the ALCS MVP, struck out Dexter Fowler, Kris Bryant and Anthony Rizzo in the sixth.

Bryan Shaw worked the seventh and exited after Dexter Fowler singled with two out in the eighth. Allen fanned Bryant to end the inning.

Rizzo opened the ninth with a single and took second on a one-out grounder. Jason Heyward followed with a grounder that Napoli misplayed, but at least the big guy kept the ball in front of him and kept the tying run from scoring.

Heyward stole second without a throw before Allen fanned Baez for this sixth save this postseason.

Two more wins and the Indians will claim the first championship since 1948. The Cubs still need three more for the first crown since 1908.

“The runs are at a premium and we need to get them when we can and fortunately for us, we got one today and they didn’t.”

They scored in the seventh after Roberto Perez led off with a single against Carl Edwards Jr. Pinch-runner Michael Martinez moved up on a sacrifice bunt, advanced to third on a wild pitch and scored on a single by Crisp batting for Miller.

It was quite a scene in and around the ballpark, one generations of long-suffering Cubs fans had never seen.

They started flooding the streets surrounding Wrigley hours before the gates opened. By mid-afternoon, the blocks outside the 102-year-old ballpark were a sea of blue.

They came decked out in jerseys of their favorite Cubs past and present, from Banks to Bryant, jammed the neighborhood. They carried “W” signs and took selfies near the famed marquee and statues of the late Harry Caray, Ernie Banks and Ron Santo, icons who would have loved nothing more than to be part of this.

There were red roses near the feet of Santo and Caray. There were also four green apples on Caray’s statue — three on top of the base and one in his left hand — in a fitting tribute. After all, the famed broadcaster promised after the final game in 1991: “Sure as God made green apples, someday, the Chicago Cubs are going to be in the World Series — and maybe sooner than we think.”

Along Waveland Avenue, just beyond the left-field bleachers, a ballhawk was selling balls that had sailed onto the street. Some were cut up to make pendants, cufflinks and earrings.

But it just wasn’t their night.

Neither starter in this one gave up a run. But neither made it out of the fifth inning, either.

The Cubs’ Kyle Hendricks, dominant in the clinching NLCS victory over Los Angeles, exited with the bases loaded after he hit Chicago-area product Jason Kipnis.

Justin Grimm then got Francisco Lindor to ground into 4-6-3 double play and gave a huge pump of the right fist as the crowd roared.

Cubs shortstop Addison Russell showed why he is a Gold Glove finalist in the third. He broke to his right and lunged to snag Tyler Naquin’s line drive.

Cleveland manager Terry Francona took a risk and had Carlos Santana start in left field with no designated hitter because he wanted to keep the switch-hitting slugger in the lineup.

Santana has played catcher, third and first base in his career. But had only played one other time in left — and that was for four innings in 2012.

This made Santana the first player since 1931 to get his first career start at a position in a World Series game, according to the Elias Sports Bureau.

Indians: Kluber (3-1, 0.74 ERA) will be working on three days’ rest after pitching the Indians to a 6-0 win in Game 1. The 2014 AL Cy Young Award winner has pitched scoreless ball in three of his four starts this postseason. And he dazzled in his last outing, striking out nine and pitching into the seventh.

Cubs: Lackey (0-0, 5.63) has not pitched since Game 4 of the NLCS and will be going on nine days’ rest. He has thrown four innings in each of his two playoff starts.