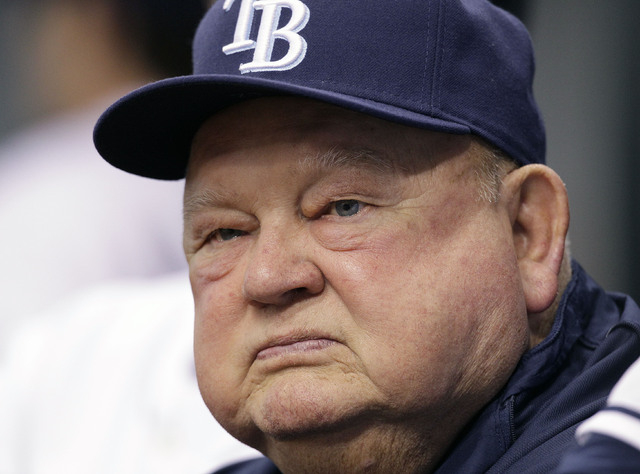 In this Sept. 1, 2010 file photo, Tampa Bay Rays special advisor Don Zimmer looks on during a baseball game between the Tampa Bay Rays and the Toronto Blue Jays in St. Petersburg, Fla. Don Zimmer, a popular fixture in professional baseball for 66 years as a manager, player, coach and executive, has died. He was 83. (AP Photo/Chris O'Meara, File) 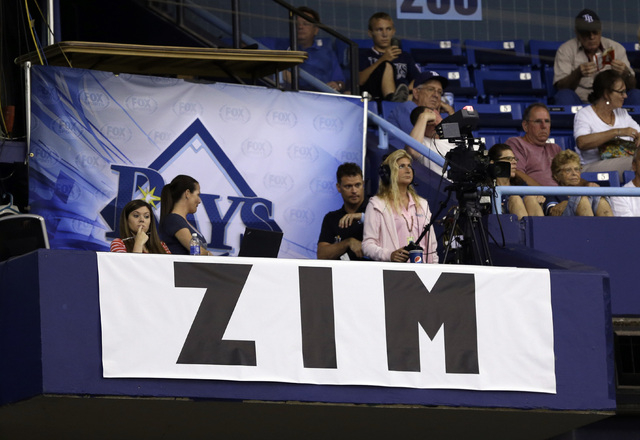 A banner honoring Tampa Bay Rays senior baseball advisor Don Zimmer hangs inside Tropicana Field during the fifth inning of an interleague baseball game between the Rays and the Miami Marlins Wednesday, June 4, 2014, in St. Petersburg, Fla. Zimmer passed away today. He was 83. (AP Photo/Chris O'Meara) 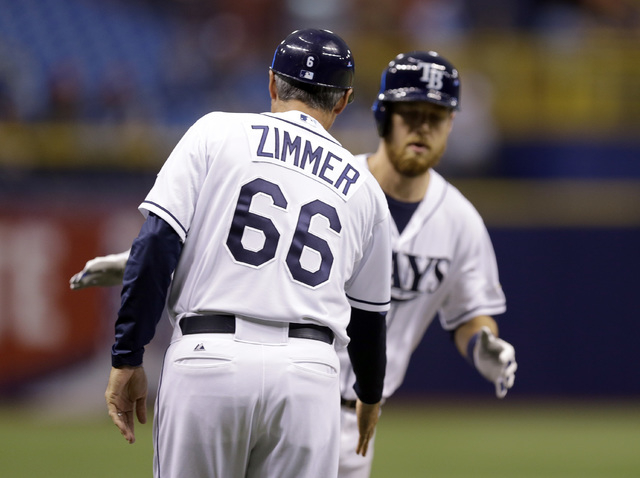 ST. PETERSBURG, Fla. — Don Zimmer, a popular fixture in professional baseball for 66 years as a manager, player, coach and executive, died Wednesday. He was 83.

Zimmer was still working for the Tampa Bay Rays as a senior adviser, and the team confirmed he had died.

Zimmer had been in a rehabilitation center in Florida since having seven hours of heart surgery in mid-April.

After starting as a minor league infielder in 1949, Zimmer went on to have one of the longest-lasting careers in baseball history.

Zimmer played for the only Brooklyn Dodgers team to win the World Series, played for the original New York Mets, nearly managed the Boston Red Sox to a championship in the 1970s and was Joe Torre’s right-hand man with the New York Yankees’ most recent dynasty.

Zimmer was easily recognizable for the big chaw that always seemed to be in his cheek, and his storytelling was a treat for anyone lucky enough to hear him.

Beloved by many, his No. 66 jersey had been worn recently by longtime Tampa Bay third base coach Tom Foley in tribute. The Rays hosted the Miami Marlins on Wednesday night, and Foley was crying in the dugout.

Along the way, Zimmer played for Hall of Fame manager Casey Stengel and coached Derek Jeter — quite a span, by any major league measure.

It wasn’t always easy, either. Early in his career, he was beaned by a fastball and doctors had to put metal screws in his head. Many years later, Boston pitcher Pedro Martinez tossed Zimmer to the ground during a fight between the Red Sox and Yankees at Fenway Park in the playoffs.

Zimmer spent time in a lot of uniforms. He played for the Dodgers, Mets, Chicago Cubs, Cincinnati and Washington. He managed San Diego, Boston, Texas and the Cubs.

“Probably the best baseball man I knew,” Billy Connors, who coached under Zimmer on the Cubs, told The Associated Press on Wednesday night.

“We had a lot of great times. I loved listening to him every day,” he said.