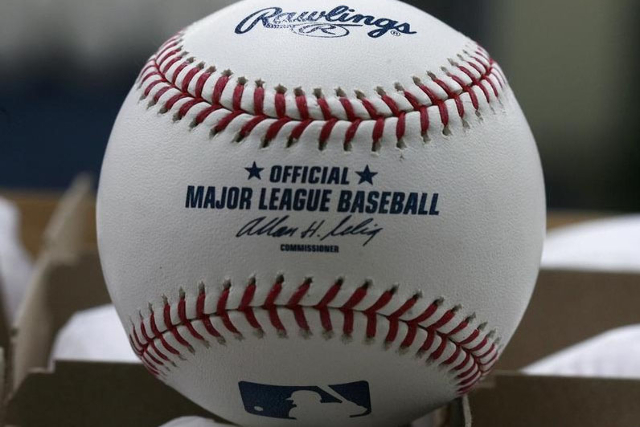 A baseball ready for export is pictured at the Rawlings factory in Turrialba, Costa Rica March 3, 2010. REUTERS/Juan Carlos Ulate 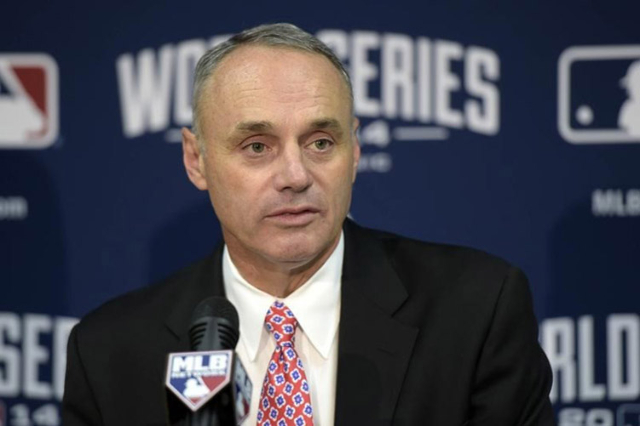 Major League Baseball and the players’ union have unveiled a new policy on domestic violence, sexual assault and child abuse under which players can be banned even if they are not convicted of a crime.

According to the policy announced on Friday, the MLB Commissioner will have the authority to discipline a player who commits an act of domestic violence, sexual assault or child abuse for just cause.

There is no minimum or maximum penalty under the policy and the Commissioner can hand out the punishment he believes is appropriate.

The Commissioner’s authority to discipline is also not dependent on whether the player is convicted or pleads guilty to a crime.

“We believe that these efforts will foster not only an approach of education and prevention but also a united stance against these matters throughout our sport and our communities,” MLB Commissioner Rob Manfred said in a joint statement with the Players Association (MLBPA).

Some of the other items listed in baseball’s long-awaited policy include educating players about domestic violence, sexual assault and child abuse at regular intervals.

Also, the Commissioner may place a player accused of domestic violence, sexual assault or child abuse on paid leave for up to seven days while the allegations are investigated before making a disciplinary decision.

The two sides also established what they called a Joint Policy Board, comprised of three experts in the field of

domestic violence, sexual assault and child abuse, and two members each from MLB and the players’ union.

“Players are husbands, fathers, sons and boyfriends. And as such want to set an example that makes clear that there is no place for domestic abuse in our society,” said MLBPA Executive Director Tony Clark.

“We are hopeful that this new comprehensive, collectively-bargained policy will deter future violence, promote victim safety, and serve as a step toward a better understanding of the causes and consequences of domestic violence, sexual assault, and child abuse.”