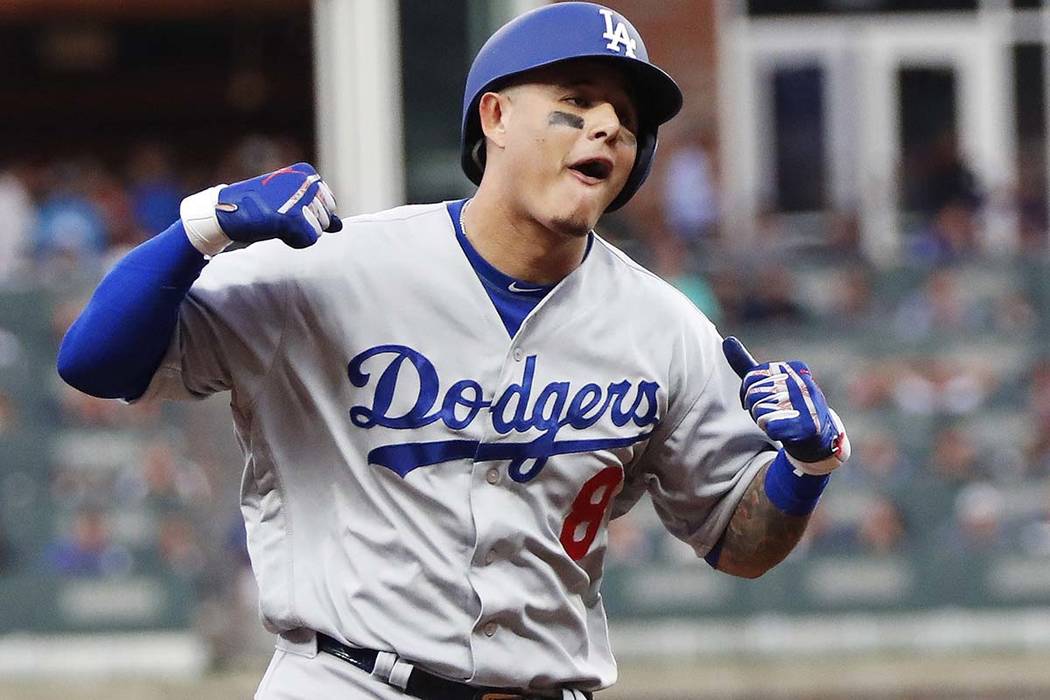 SAN DIEGO — All-Star infielder Manny Machado has agreed to a $300 million, 10-year deal with the rebuilding San Diego Padres, the biggest contract ever for a free agent, a person familiar with the negotiations told The Associated Press on Tuesday.

The person spoke to the AP on condition of anonymity because the agreement was subject to a successful physical and had not been announced. Machado can opt out after five years and become a free agent again, the person said.

Machado’s deal, if completed, would be the second-largest in baseball history behind Giancarlo Stanton’s $325 million, 13-year deal signed with the Miami Marlins ahead of the 2015 season. Among free agents it tops Alex Rodriguez’s $275 million, 10-year contract with the New York Yankees from 2008-17.

Speaking at spring training in Peoria, Arizona, Padres executive chairman Ron Fowler said: “We do not have a deal with any free agent player. We are continuing discussions, and that’s all we have to say.”

Teams draw a distinction between an agreement subject to a physical and a finalized deal.

However, general partner Peter Seidler, without confirming the deal, said: “Ron and I, we love the city of San Diego, we love sports in San Diego, we’re also well aware of the history. There’s never been a championship … We as an organization, we want to completely change that. We want our franchise to win year after year after year. And we’re going to do whatever we can rationally do to make that happen.”

The Padres haven’t had a winning season since 2010 and haven’t been to the playoffs since 2006. They haven’t won a playoff series since the 1998 NLCS against Atlanta.

And they’ve had the city’s big league sports scene to themselves since the NFL’s Chargers moved to the Los Angeles area two seasons ago.

The Padres have been rebuilding mostly with prospects and draft picks, although they are making a stunning move early in spring training for the second straight year after reaching a $144 million, seven-year contract last February with first baseman Eric Hosmer.

Machado is expected to fill the team’s gaping need at third base. He began last year with Baltimore, was traded to the Los Angeles Dodgers after the All-Star break and struck out to end the World Series loss to Boston.

With the 26-year-old Machado on board, the next big move for the Padres is expected to be the promotion of shortstop Fernando Tatis Jr., the 20-year-old son of a former big leaguer and the No. 2 overall prospect in baseball.

The Chicago White Sox were among the teams that pursued Machado.

“Still in a bit of disbelief. The one thing I can say — I just told Rick (general manager Han) this and I will tell Jerry (owner Reinsdorf) and our coaching staff and players — I feel we put our best foot forward. Jerry, in particular, really stepped up,” he said.

“If the acceptance of the offer that I’m seeing is true, then actually our offer had the opportunity for Manny to surpass that. But in the end we went after the guy and we didn’t get him. We’re disappointed but, hey, we are positioned. the reason why we were going after him in the first place is because we feel we are positioned to do some good things here going forward. We wanted to accelerate that to a large degree and that’s why we made the overture we did,” he said.

Machado also met with the Yankees, a team that had expressed concern over Machado’s remarks about hustling — not hustling, actually — during the playoffs.

After failing to run out a grounder in the NL Championship Series, Machado said: “Obviously I’m not going to change, I’m not the type of player that’s going to be ‘Johnny Hustle’ and run down the line and slide to first base.”

Machado tried to clarify his remarks after the season, saying, “looking back, it doesn’t come across how I meant it.”

“If we’re interested in any player, to sit down with them face to face and ask him, ‘Where did this come from? What was the context around the entire interview? Was there a point? How do you justify it?’” Steinbrenner said in November.

“Because that ain’t going to sell where we play baseball,” he said.