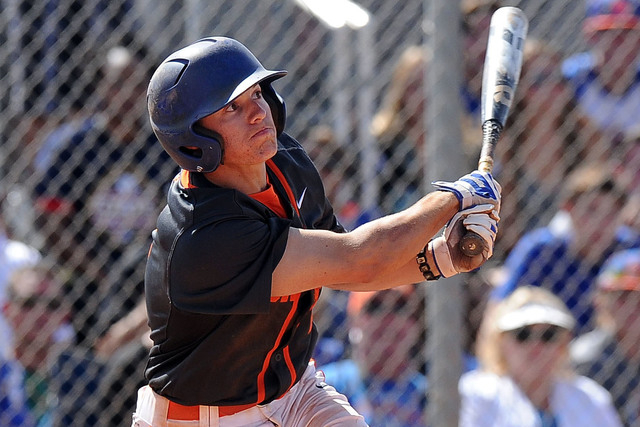 Arizona State junior center fielder Johnny Sewald, a Bishop Gorman High School graduate, was drafted on Wednesday in the 14th round (No. 409 overall) by the Houston Astros. Sewald (5 feet 11 inches, 170 pounds) batted .324 this season and led the Sun Devils with 21 stolen bases.

He was the first Las Vegas-area player taken in the final day of the major league draft, which covered rounds 11 through 40.

The Oregon State signee told Portland’s Oregonian before the draft he leaned toward joining the Beavers, the comments possibly dropping him in the draft. He was projected as possibly a first-day selection.