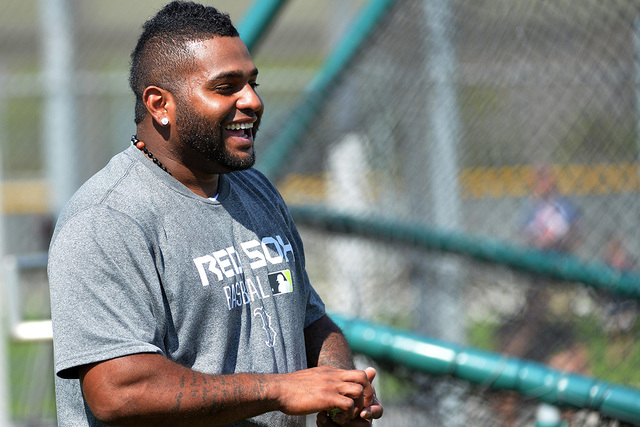 Pablo Sandoval apparently isn’t pining for his days in San Francisco while starting his new career in Boston.

In fact, the third baseman they call “Panda” says he was leaving his heart in San Francisco long before he signed with the Red Sox after winning another World Series.

In short, he thinks the Giants didn’t make it clear they wanted him.

“If you want me around, you make the effort to push and get me back,” Sandoval told Bleacher Report.

Sandoval, who signed a five-year contract with the Sox, was upset the Giants didn’t address his contract situation until it was too late.

“The Giants made a good offer, but I didn’t want to take it,” he said. “I got five years from Boston. I left money on the table in San Francisco. It is not about money. It is about how you treat the player.

“I knew early in spring training last year I was going to leave. They didn’t respect my agent — contract talks, everything, the way (Giants general manager) Brian Sabean talked to my agent.”

Later, Sandoval, who said the only two people he will miss are manager Bruce Bochy and right fielder Hunter Pence, didn’t back off.

“Nothing to say. I’m happy to be in Boston,” he said. “I’m feeling at home right now. Whatever I said, whatever has come out, it’s the truth. So I’m just happy to be here with my new team to try and bring a lot of things to them.