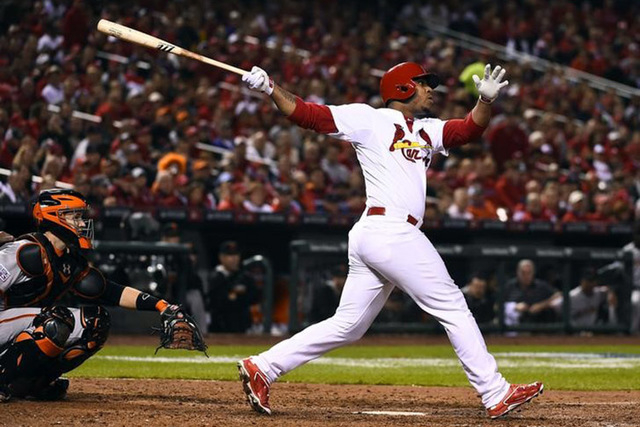 St. Louis Cardinals outfielder Oscar Taveras apparently was driving drunk when he died along with his girlfriend in a fatal crash in the Dominican Republic last month.

A toxicology report indicated that Taveras’ blood-alcohol content was .287, more than five times the legal limit of .05 in the country, during the Oct. 26 accident on a highway in Puerto Plata, said Tessie Sanchez, a spokeswoman for the Dominican Republic Attorney General’s office, in an interview with the Associated Press.

Taveras’ girlfriend, 18-year-old Edilia Arvelo, was with him at the time of the crash.

The 22-year-old Taveras was considered one of the top prospects in baseball this past season. He made his major league debut with the Cardinals and batted .239 with three home runs and 22 RBIs in 80 games.

Two weeks before the accident, Taveras hit a home run that tied Game 3 of the National League Championship Series against the San Francisco Giants.

“We have seen the media reports regarding Oscar Taveras that have come out this afternoon, but have yet to receive any official notification from the Dominican,” general manager John Mozeliak said in a statement Thursday. “Until we have the opportunity to review the official report, we cannot confirm details. While we are still working to obtain the facts, it won’t change the fact that this is a terrible tragedy.

“We have an obligation to use this as an opportunity to educate our players that they must take responsibility for themselves both on and off the field.”