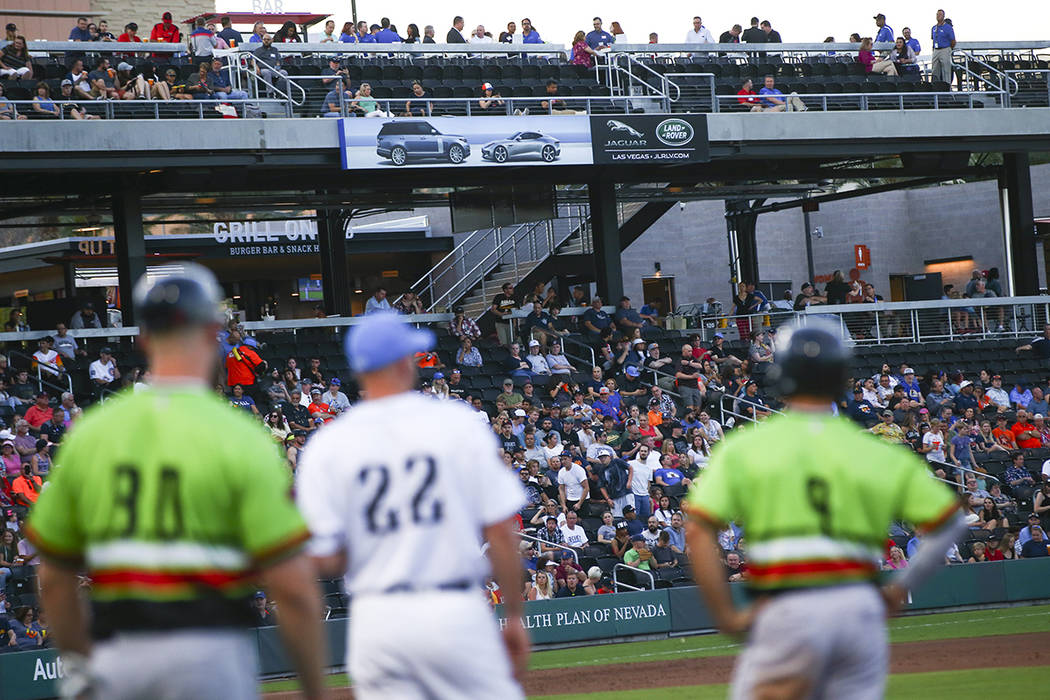 Fans watch as the Las Vegas Aviators compete against Round Rock Express while playing in "Reyes de Plata" (Silver Kings) uniforms as part of the "Copa de la Diversion" at the Las Vegas Ballpark in the Downtown Summerlin area of Las Vegas on Tuesday, June 4, 2019. (Chase Stevens/Las Vegas Review-Journal) @csstevensphoto 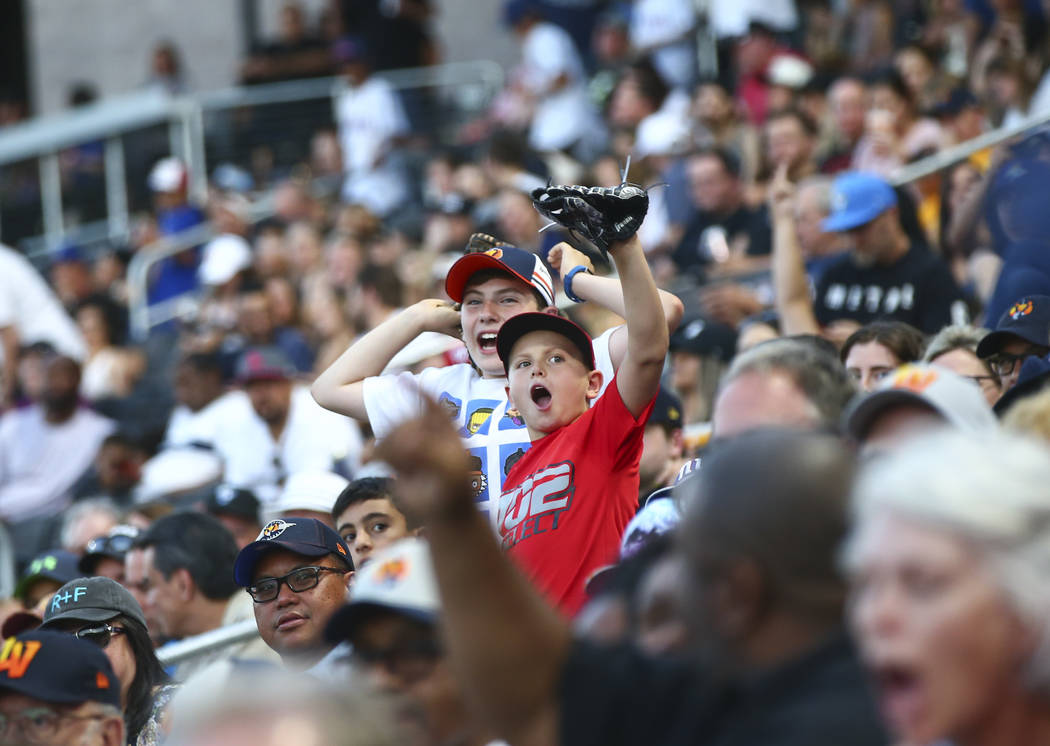 Las Vegas Aviators fans cheer as the team plays against Round Rock Express in "Reyes de Plata" (Silver Kings) uniforms as part of the "Copa de la Diversion" during the second inning at the Las Vegas Ballpark in the Downtown Summerlin area of Las Vegas on Tuesday, June 4, 2019. (Chase Stevens/Las Vegas Review-Journal) @csstevensphoto 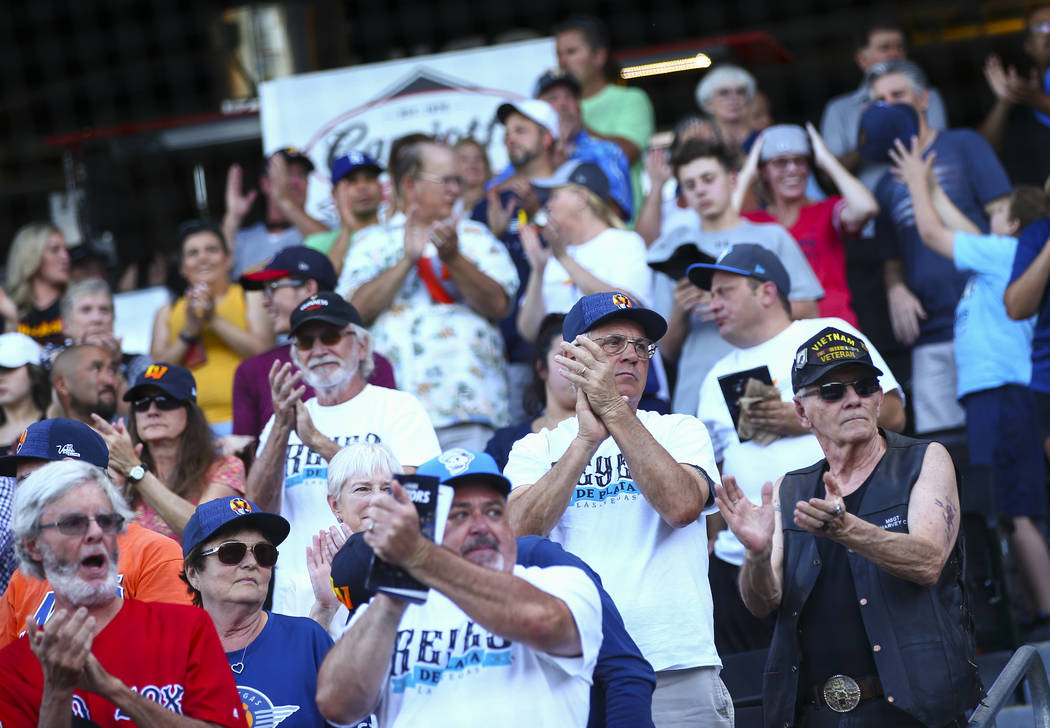 A record that stood for almost 30 years came crashing down at the Las Vegas Ballpark this past weekend as the Aviators broke the franchise’s single-season home attendance record.

Compared with the rest of minor league baseball, the Aviators rank at the top of both total attendance and average attendance (9,495 per game) despite having the seventh smallest park in the Pacific Coast League.

“There’s a honeymoon period going on right now with the new ballpark,” Aviators president Don Logan said. “I think it’s downtown Summerlin, in proximity to the freeway, not charging for parking was huge.”

Also, the Aviators have seen 31 sellouts, yet the largest crowd visited on May 14 for the team’s Smokers Strike Out 16th annual School Day Game, which brought in more than 12,000 kids.

Even with the early success in the new ballpark, Logan wants to improve the fan experience.

Terrel Emerson covers the Aviators for the Review-Journal. He can be reached at temerson@reviewjournal.com.