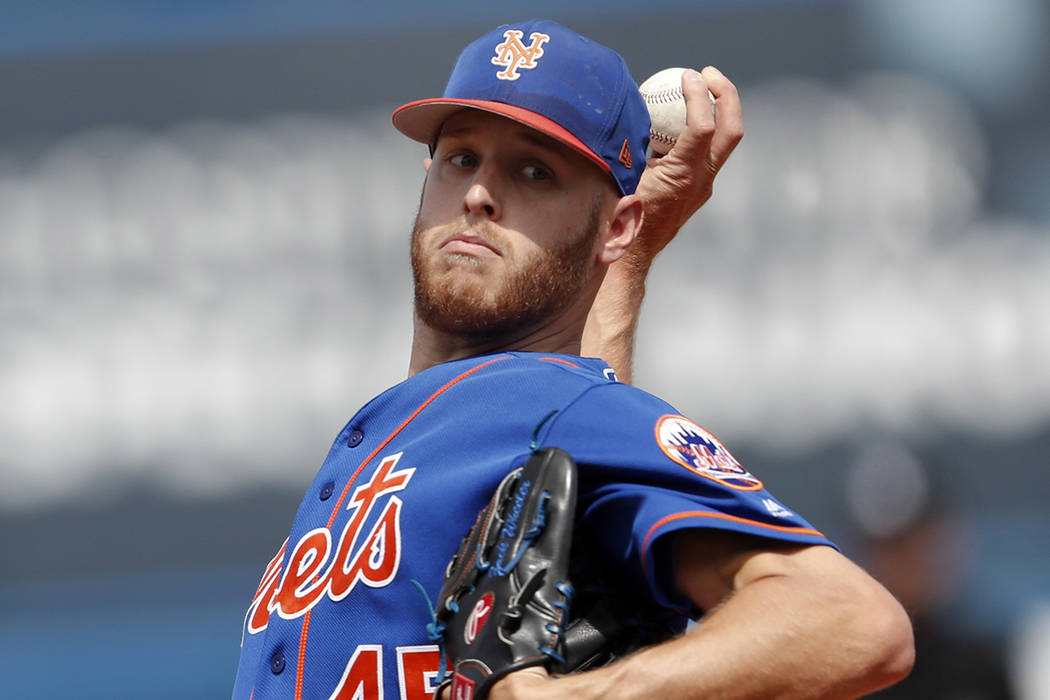 But after two years wiped out by injury, Wheeler returned to Las Vegas last season and struggled.

When he reported to camp this year, he found himself in a battle for a rotation spot. It was a battle he didn’t win, and so Friday, Wheeler found himself back in the minors, pitching the 51s to a 5-2 win over the El Paso Chihuahuas at Cashman Field, their first win of the season.

“I felt good. I was just trying to come in and attack hitters and throw first pitch-strikes and put guys away a little bit earlier,” Wheeler said. “I got into a groove there for a little while and felt good overall tonight. I just made one mistake and left a changeup up and he hit it for a home run.”

He struck out six batters and was consistently touching 95 miles per hour with his fastball.

Some of those things, he said, included repeating his mechanics, getting ahead of guys and putting them away early.

“That was my main goal out there and I felt like I repeated my mechanics for the most part tonight. It’s a work in progress so hopefully it’ll get better next time.”

After giving up a single to the first batter of the game, he sent down the next 10 in order.

“I think this is good for him. I think he needs to get on the mound every five days. I think he’s got some things to work on,” manager Tony DeFrancesco said. “He’s had a few injuries over the last couple years but had good tempo and threw a good breaking ball for strikes.”

Wheeler helped himself at the plate, too, going 2-for-2 with a pair of singles, including an RBI single in the fourth that drove in Luis Guillorme.

“I take pride in hitting so it was a good night for me at the plate also,” Wheeler said.

The 51s staked him to an early lead in the first inning as Dominic Smith drove in Matt den Dekker with a double to center.

After Wheeler gave the 51s their second run of the game in the fourth inning with his RBI hit, den Dekker followed that up with a double to drive him in.

The Chihuahuas (1-1) cut into that with Lopez’s home run and a Dusty Coleman solo home run in the eighth inning off of Matt Purke, but the 51s (1-1) got a pair of insurance runs in the bottom of the frame on RBI hits from Guillorme and Jose Lobaton to help give them their first win of 2018.

“It was just a well-played game,” DeFrancesco said. “It’s a lot of hard work that goes into preparing these guys and hopefully they can continue to have success.”