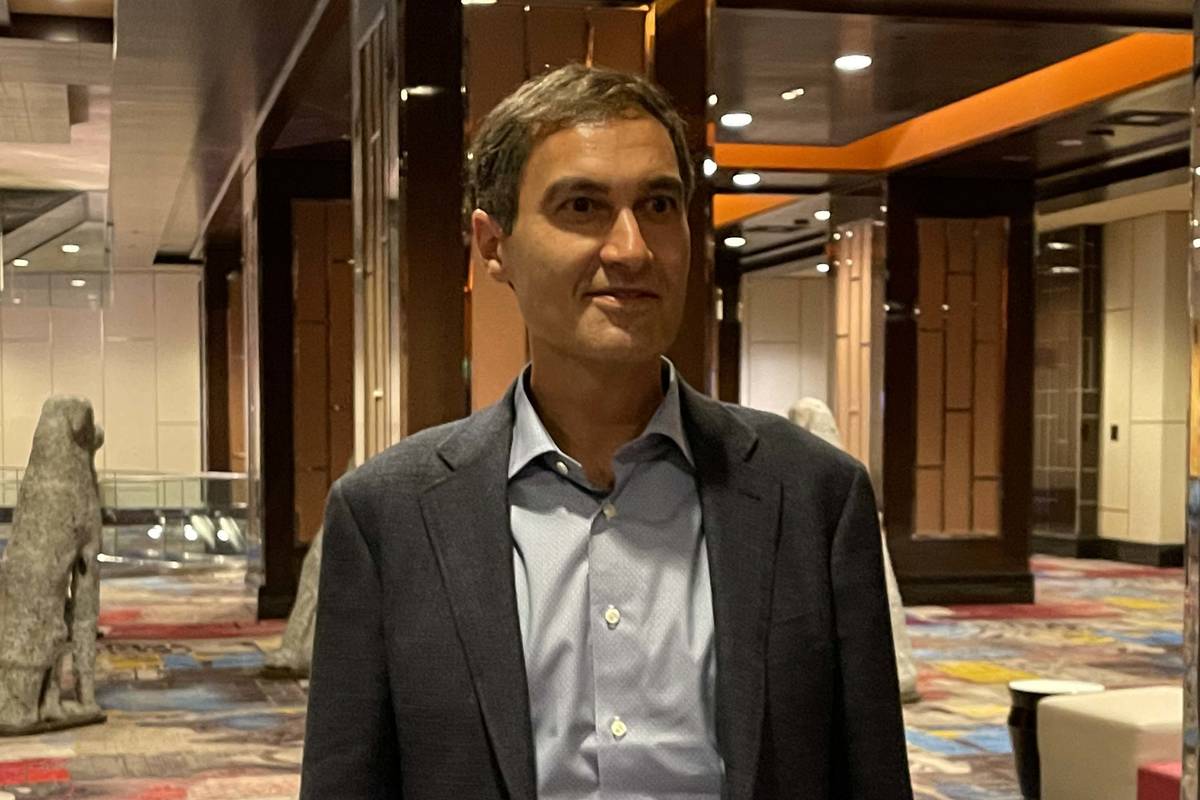 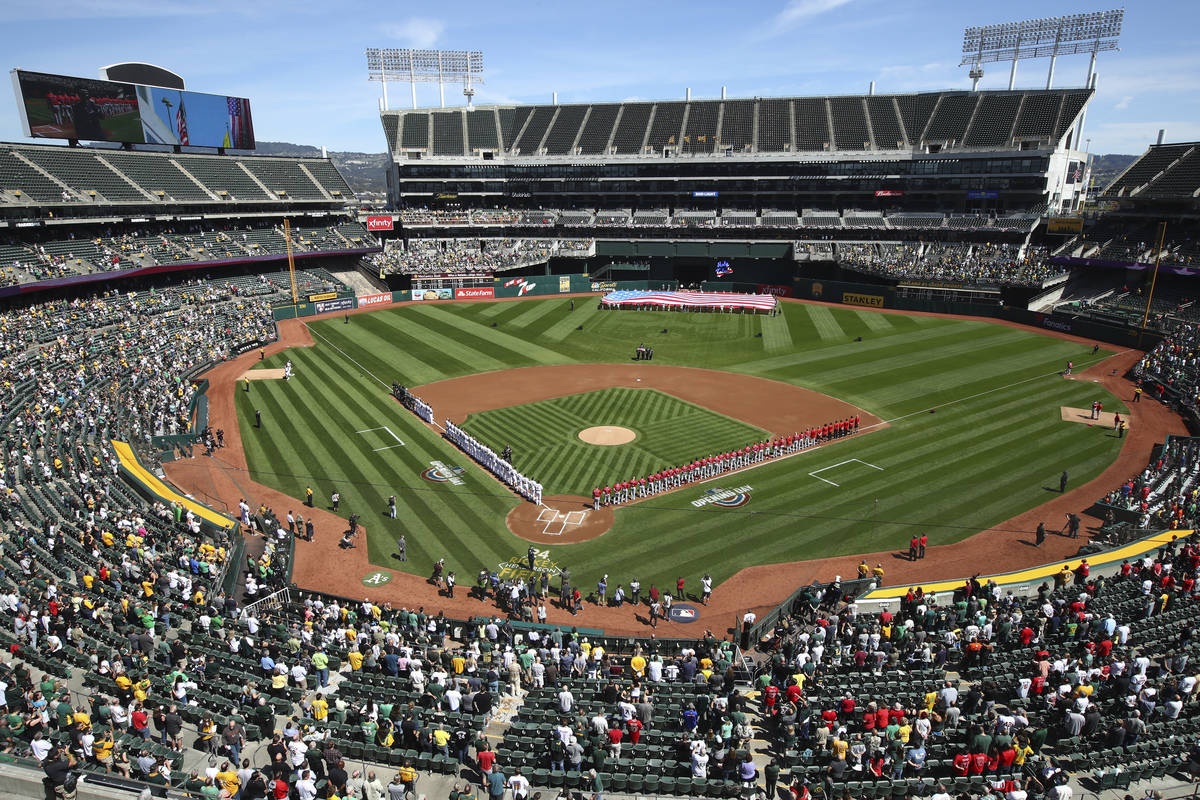 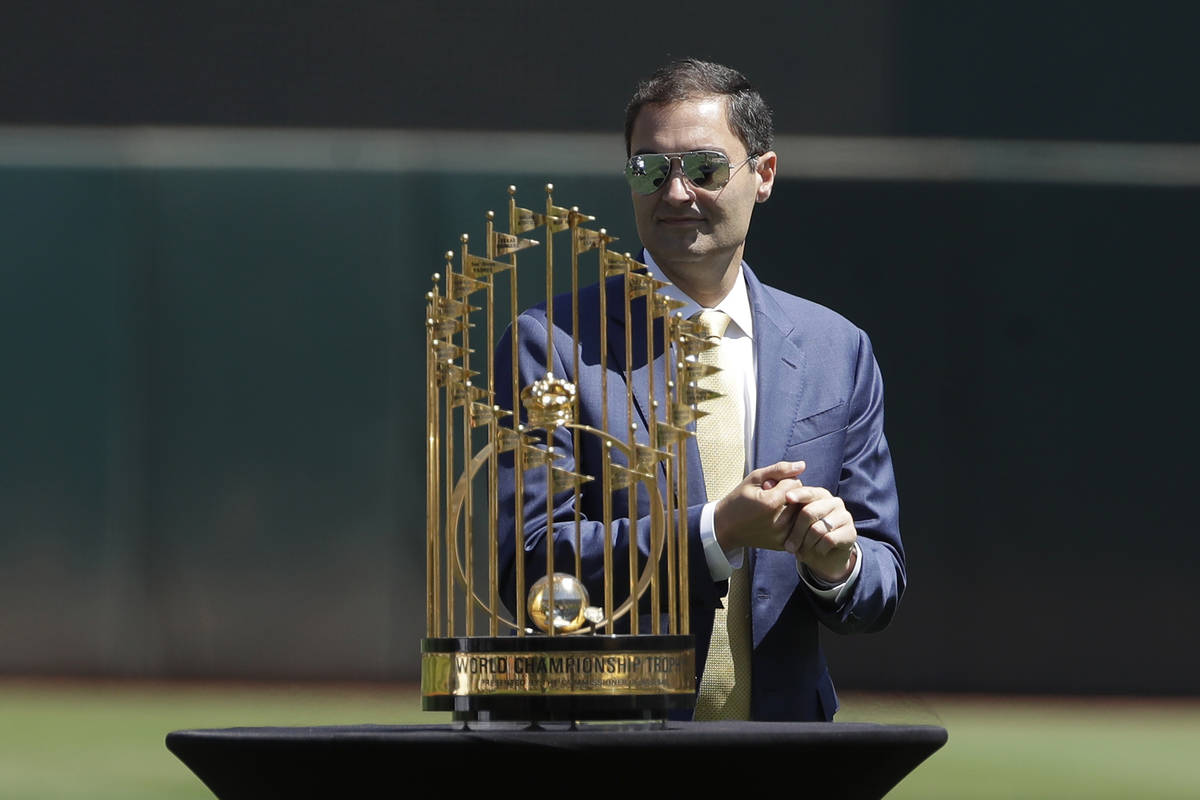 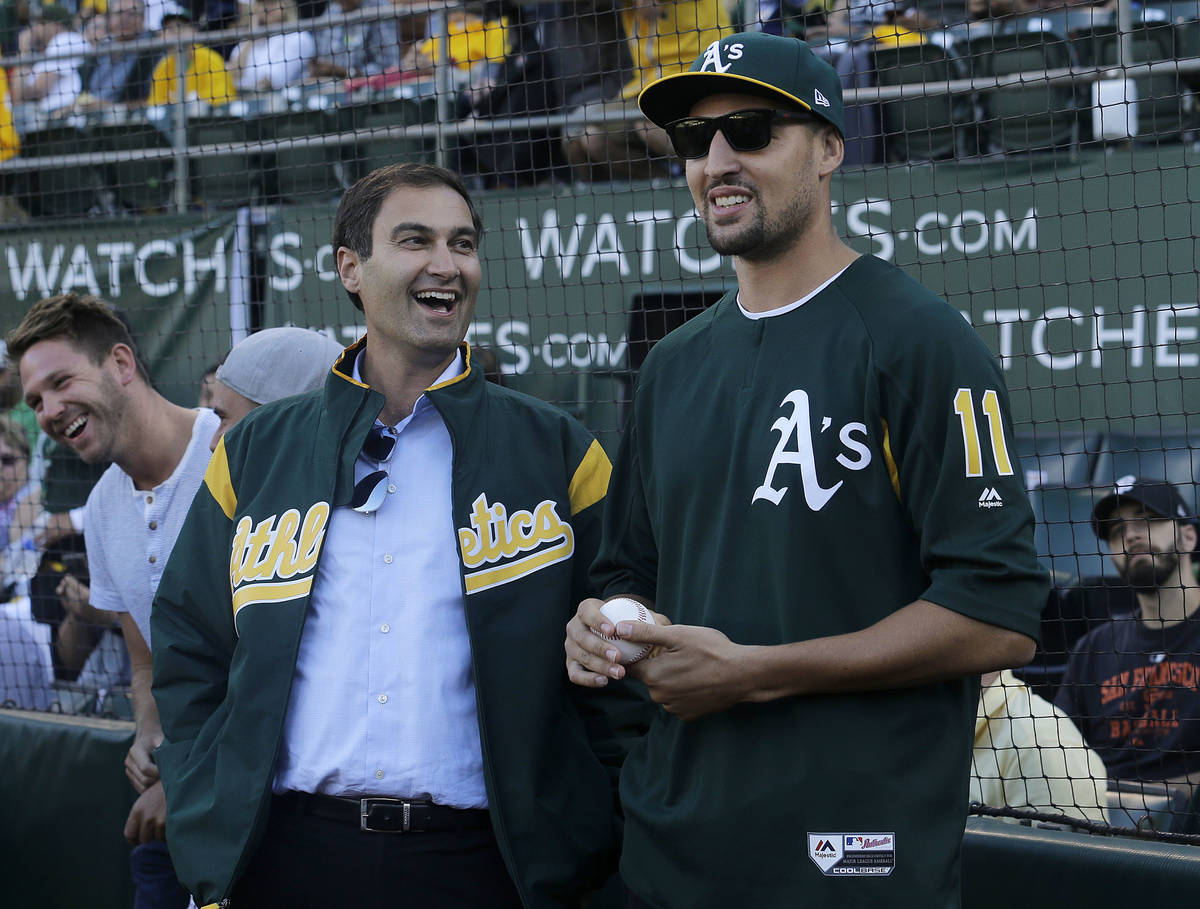 The Oakland Athletics return to Las Vegas this week for more talks about possible relocation to Southern Nevada.

The focus of this trip, led by A’s owner John Fisher and team president Dave Kaval, is the potential location of a stadium. No area of the Las Vegas Valley has been eliminated from consideration for an approximately 35,000-seat ballpark that Kaval previously estimated would cost around $1 billion to construct.

“I think seeing as many of the sites and talking to folks who either own or control the properties and also just talking to people who are knowledgeable about Las Vegas and the mix of tourists and locals is really the focus of this trip,” Kaval told the Review-Journal.

During their initial visit to Southern Nevada last month, Kaval and his colleagues toured potential stadium sites near the Las Vegas Strip, in Summerlin and in Henderson, including the area near the M Resort on Las Vegas Boulevard and St. Rose Parkway. They also looked at Cashman Field near downtown Las Vegas.

Kaval noted that each of the possible options around the valley had features that piqued the team’s interest.

“Downtown and in the city of Las Vegas and some of the options there, I think those are kind of intriguing,” Kaval said. “There’s a ton of people that go there, and that could have more of an urban feel to it. We also are really intrigued by some of the options in Henderson and the business-friendly nature of the elected leaders and city administration there.”

The trip will include meetings with new groups that couldn’t be fit into the schedule of last month’s visit, including talks with additional resort operators and owners, Kaval said.

“Just to be able to round out the full set of options in front of us and understand the timing of some of these things as well,” Kaval said. “That’s going to be really important.”

Las Vegas Mayor Carolyn Goodman said Friday that nothing concrete has been set with up yet with A’s brass for this trip.

“At this point all scheduling for next week is up in the air,” Goodman said via text message.

She has pitched the city-owned Cashman Field as an ideal location for a stadium. The site is within a federal opportunity zone, which is designed to spur private investment through tax incentives.

Henderson officials said they had no meetings scheduled with A’s officials for this week’s visit.

Kaval said keeping up the momentum built during the organization’s previous trip to Southern Nevada is important as the team’s situation in Oakland plays out. Major League Baseball gave the A’s approval to explore relocation, deeming RingCentral Coliseum in Oakland an inadequate option for the future and citing concerns with the team’s yearslong efforts to build a new ballpark in that city.

The team is waiting for a July 20 Oakland City Council vote on its term sheet for a possible waterfront ballpark and adjoining mixed-use complex. Oakland officials announced they will also vote on possibly selling their 50 percent stake in RingCentral Coliseum to a group looking to bring an NFL expansion team to the stadium site.

“We were surprised to see that it was scheduled for the same day,” Kaval said. “The city has to balance all of its different priorities and needs, and we’re focused on getting an affirmative vote on our term sheet that we spent all this time negotiating. On some levels, we just need to get to an answer.”

The team’s list of potential ballpark sites in Southern Nevada could be narrowed by the time A’s officials leave Las Vegas on Tuesday night.

“Depending on how it goes and what answers we get and things like that, that’s certainly possible,” Kaval said. “The nice thing is there are so many options, and that’s also a challenge because you don’t want to boil the ocean. You want to be able to narrow it down and drive the project forward.”

Kaval said the A’s have received some information on areas of town where a ballpark could be constructed and what the crowd would consist of, but the team is still gaining an understanding of that.

“We’ve been getting some proposals and doing some studies. One of the key things is really trying to understand the mix of visitors versus local fans for a baseball team with 81 home games,” Kaval said. “Then how that compares with the Raiders, how that compares with the Golden Knights and understanding the Aviators. So, that is a key piece and I think we’ll need groups to do things like focus groups, customer surveys and also talk to a lot of the key folks in town to learn more about that.”

A lot of the decision-making will come out of those talks, including the best site for a stadium, possible partners, how a public-private partnership could work and what the benefit to Southern Nevada would be, Kaval noted.

Only Las Vegas and Oakland are in play for the A’s at this point, as Kaval said no trips are planned to other possible relocation markets.

Kaval will be on the road much of this week, with his next stop after Las Vegas being Arlington, Texas.

The A’s are scheduled to play the Texas Rangers at Globe Life Field, the stadium that opened last year. The ballpark has much of what the A’s would look for in Southern Nevada, including one key feature: a retractable roof.

“I’m actually going to check out their retractable dome stadium, because I want to see how they did that, because obviously in Las Vegas that is probably the most likely way you would have to build a facility,” Kaval said. “I want to learn from the latest that’s been built and meet with the folks there that made that happen.” 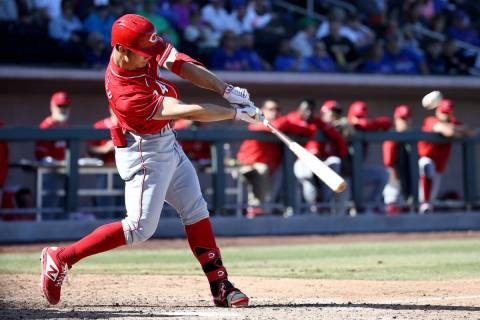 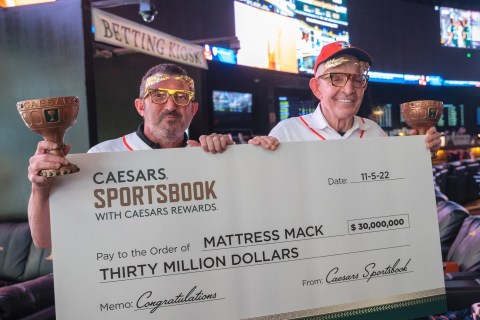 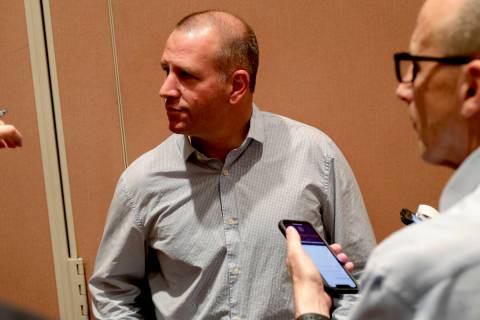 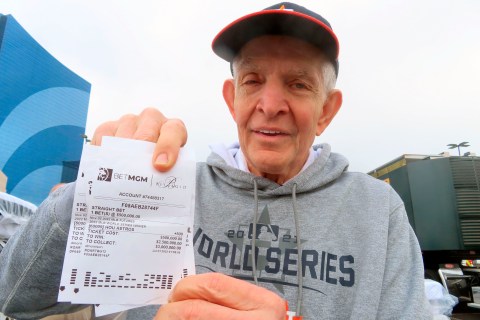 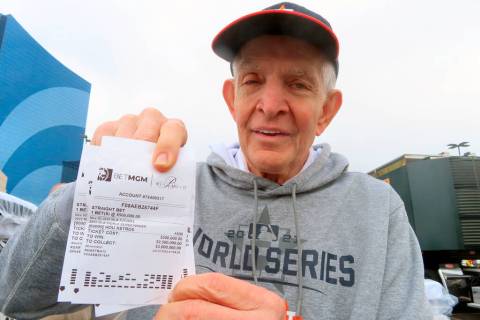 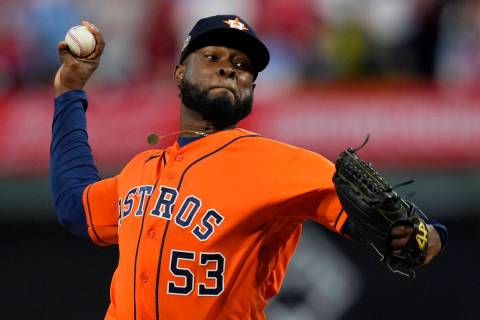