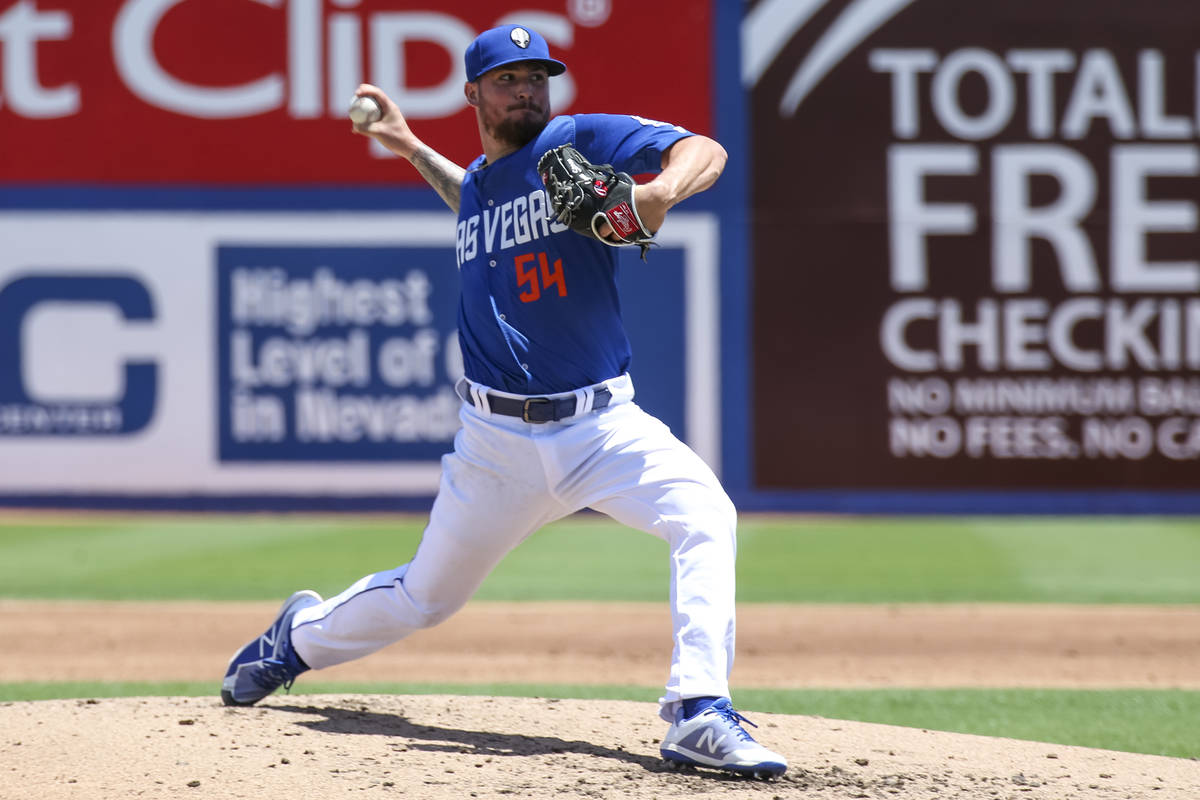 51s pitcher Andrew Church on the mound against the Tacoma Rainiers at Cashman Field in Las Vegas on Sunday, May 27, 2018. Richard Brian Las Vegas Review-Journal @vegasphotograph

A former New York Mets pitching prospect from Henderson is upset about being cut by the National League team amid the COVID-19 pandemic — and he’s apparently not a big fan of former teammate Tim Tebow, either.

Andrew Church, a 2013 Mets’ second-round draft choice out of Basic High School, blasted the team and its decision to sign Tebow to a minor league contract, although he did not mention the former University of Florida and NFL quarterback by name in a social media post.

“They made a mockery of our team by putting a celebrity on it to sell more tickets,” Church wrote Thursday on Instagram in a profane tirade. “I saw players lose their jobs because of it. We weren’t playing to win, we were playing to make everyone else money. Not the players. We never saw a cut. Well, allegedly that one player did.”

Church and Tebow were teammates at Class A St. Lucie and Triple-A Syracuse, where Tebow hit .163 with 98 strikeouts in 264 plate appearances in 2019.

Church was one of more than 400 players who have been released over the past month, according to transactions posted at MiLB.com. There was no immediate comment from the Mets. The New York Post ran a 2016 quote from then Mets general manager Sandy Alderson stating the signing of Tebow was not a gimmick.

“This decision was strictly driven by baseball,’’ Alderson said at the time. “This was not something driven by marketing considerations or anything of the sort.”

Church, 25, spent seven seasons in professional baseball and had stints with the Las Vegas 51s in 2016 and 2018. He said he had kept quiet on being mistreated by the Mets out of respect for the organization but felt compelled to speak after being released.

“I honestly think they are making strides to be a better organization, but the culture that has been built for decades within that organization is toxic,” wrote Church. “Filled with snakes and bottom feeders trying to elevate their professional careers at the expense of the players, with no remorse.”

In making his case, Church cited taking a red-eye flight, traveling seven hours in a bus, getting on another airplane and then catching a taxi to the ballpark when the Mets needed him to fill a roster spot at short notice due to an injury.

“I lost my drive to perform for an organization who continuously treats us like pawns in their chess games,” Church wrote. “Ignorance with power and a lack of empathy is, in my eyes, the scariest of all evils.

“Thank you to all the players and coaches who had the passion and drive to empower each other and push the game forward) “(Expletive) to everyone who (didn’t). You have no place in professional baseball.”

Church compiled a 30-33 record with a 4.83 ERA over seven pro seasons, including parts of three in Triple-A.

Former #Mets second round draft pick Andrew Church, who was among those released today, offered some honest opinions on the state of the organization and player development system via Instagram.