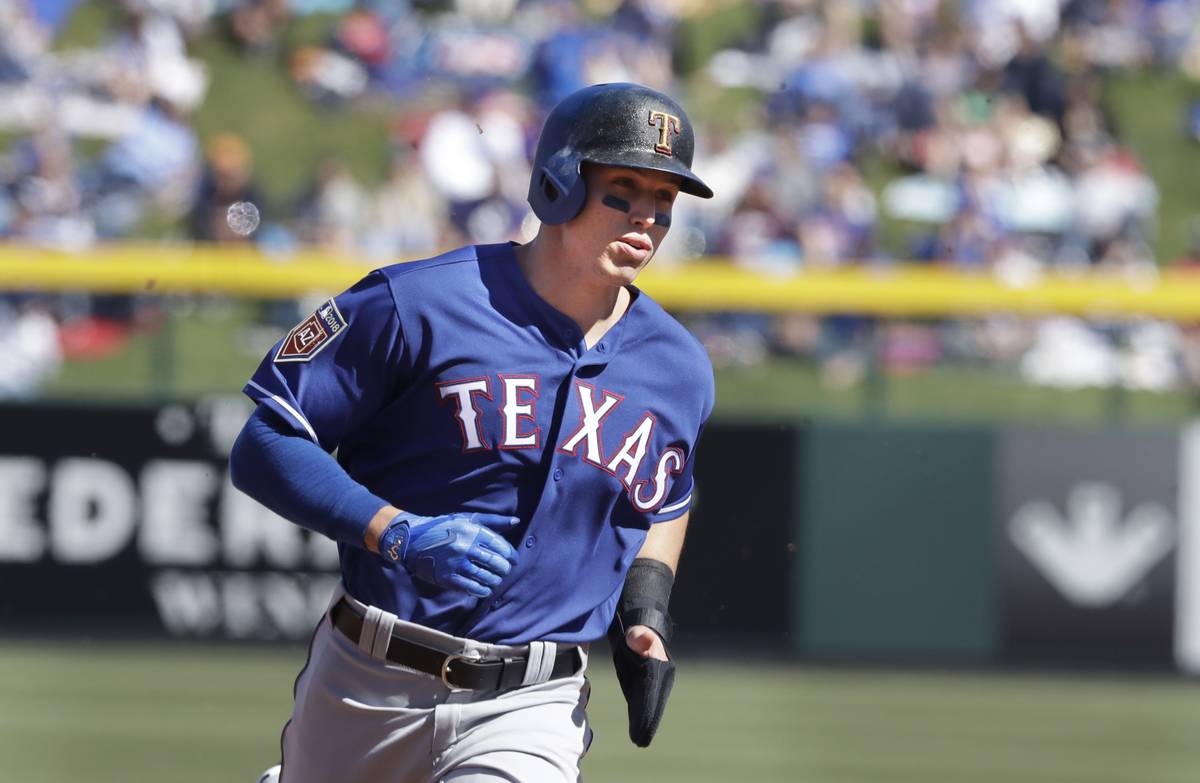 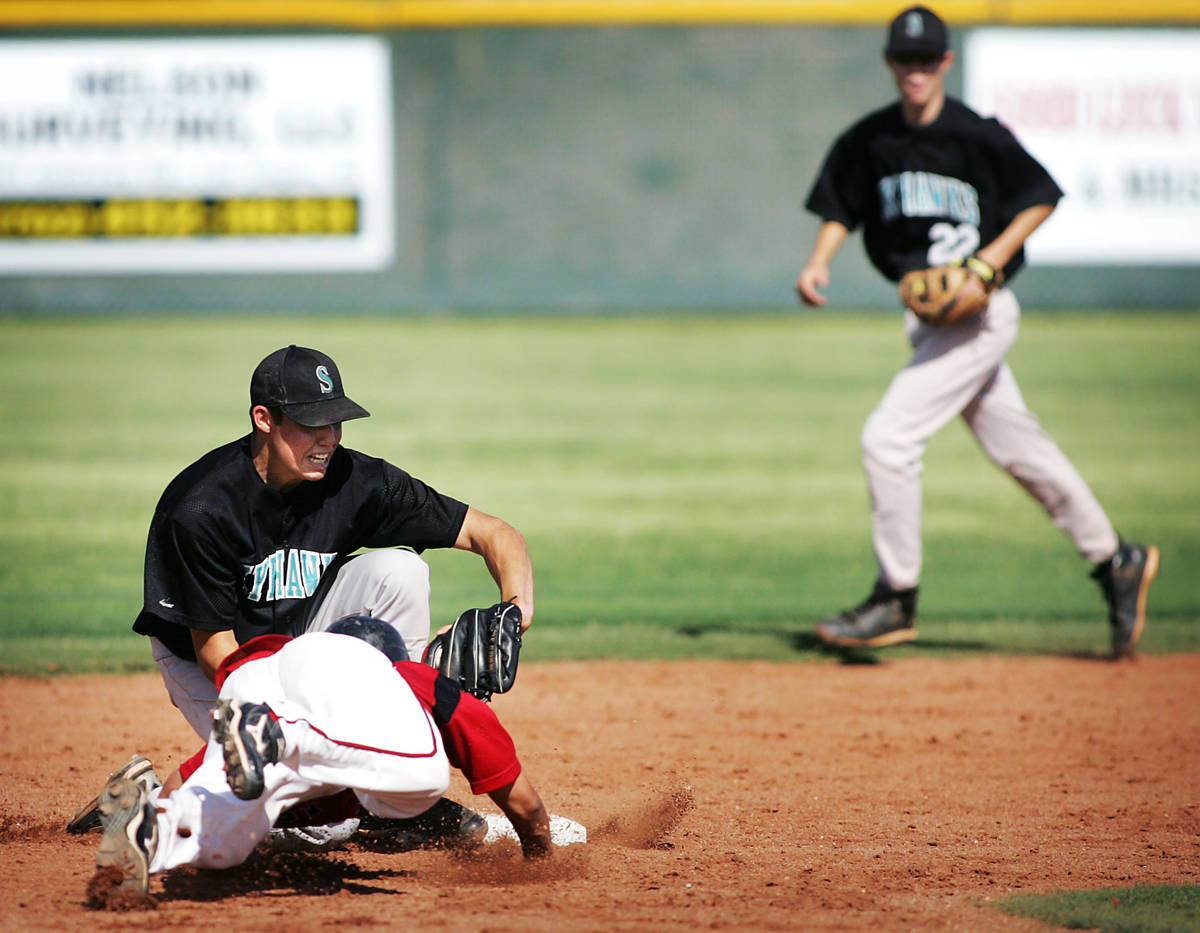 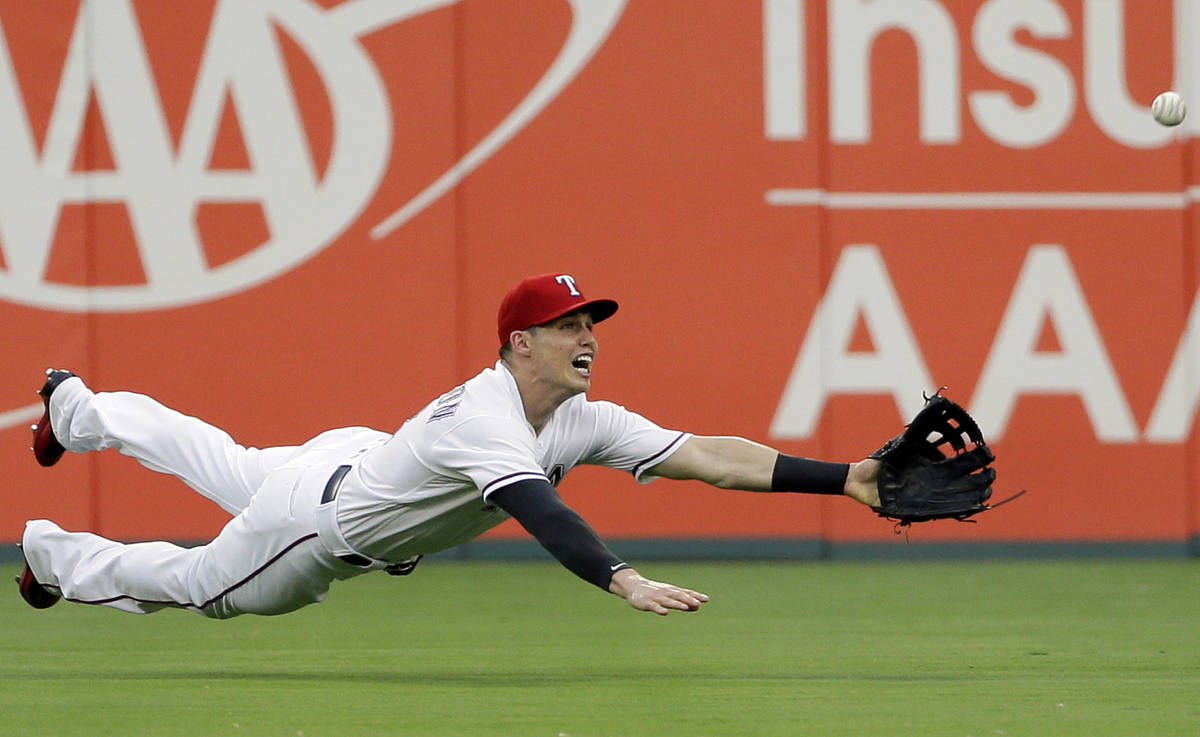 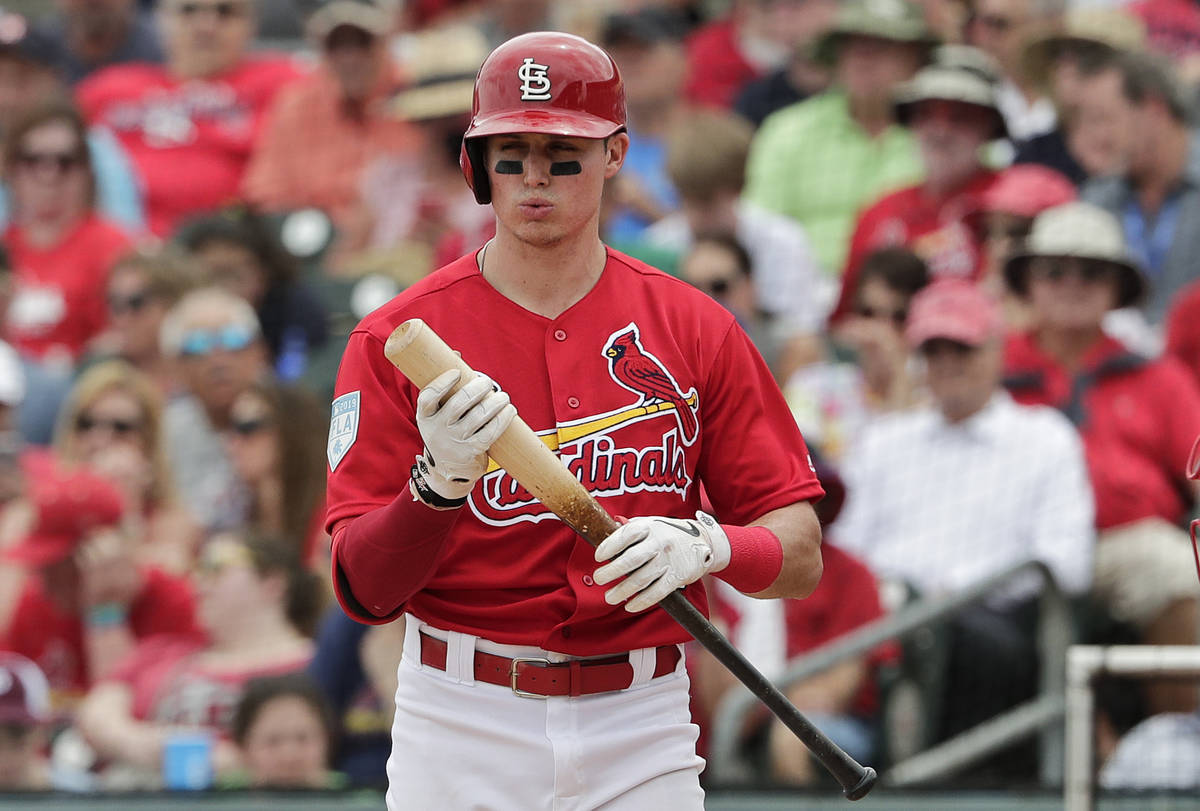 St. Louis Cardinals' Drew Robinson (33) reacts after getting a strike in the fourth inning during an exhibition spring training baseball game against the Philadelphia Phillies on Monday, March 18, 2019, in Jupiter, Fla. (AP Photo/Brynn Anderson) 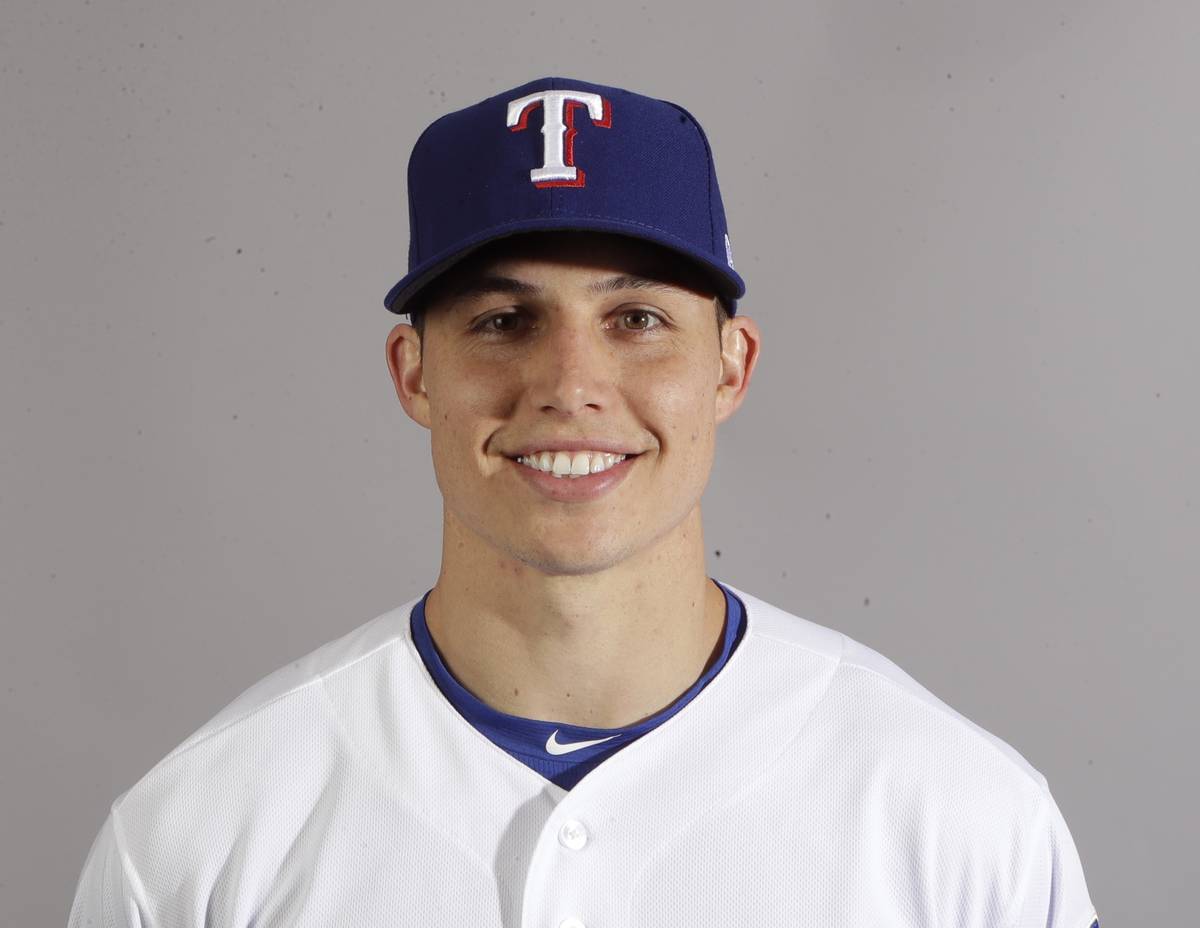 This is a 2018 photo of infielder Drew Robinson of the Texas Rangers baseball team. This image reflects the spring training active roster as of Feb. 21, 2018 when this image was taken in Surprise, Ariz. (AP Photo/Carlos Osorio)

Drew Robinson made it from Silverado High School’s baseball team all the way to the major leagues, but struggled to find peace and even tried to take his own life last April.

He survived but lost his right eye. He also found a new purpose — helping others cope with depression without harming themselves.

His experience is detailed on ESPN.com and in an ESPN E60 documentary.

“This was a huge sign,” Robinson told ESPN of his against-the-odds survival. “A huge, painful sign that I’m supposed to help people get through something that they don’t think is winnable.”

Robinson said his struggle is ongoing and that he has accepted bad days will be mixed with good ones, but that they don’t last.

He was invited to speak to the San Francisco Giants on Sept. 9, the day before World Suicide Prevention Day. The Giants also signed him to a minor-league contract, and Robinson will attend spring training this year.

Robinson, a 28-year-old middle infielder and outfielder, was taken in the fourth round of the 2010 draft by the Texas Rangers. He was part of a Las Vegas high school class that included No. 1 overall pick Bryce Harper and Kris Bryant, who went on to play college ball at San Diego before going second overall in the draft three years later.

Now the Giants are giving him another chance.

But whether Robinson’s baseball career continues or not, he believes his story and purpose go much deeper than that. He knows others are experiencing similar emotions and feelings of helplessness that led to his suicide attempt, and his message is there is another way.