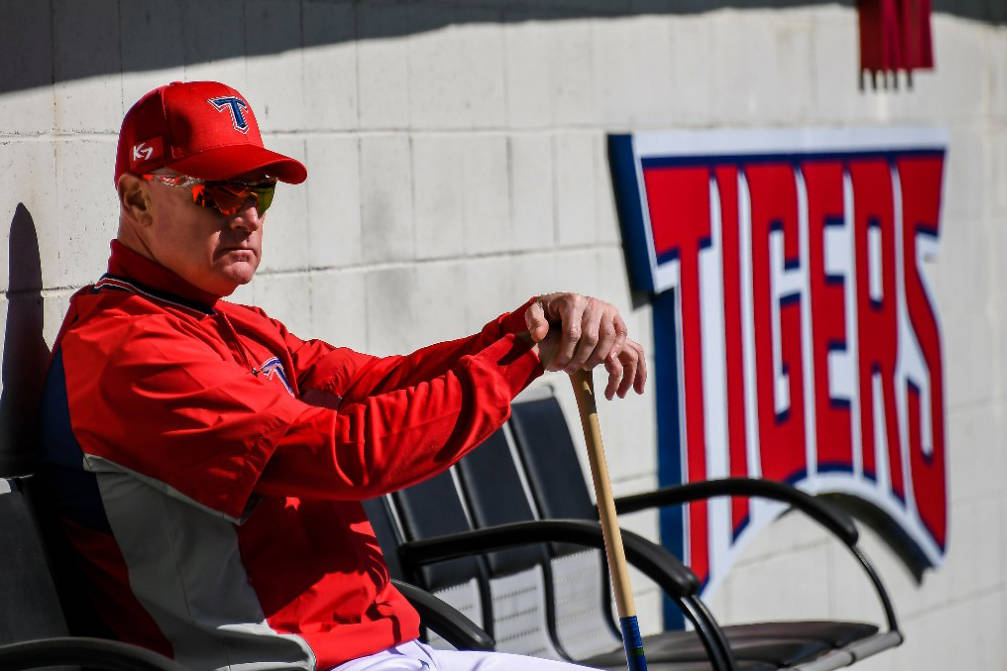 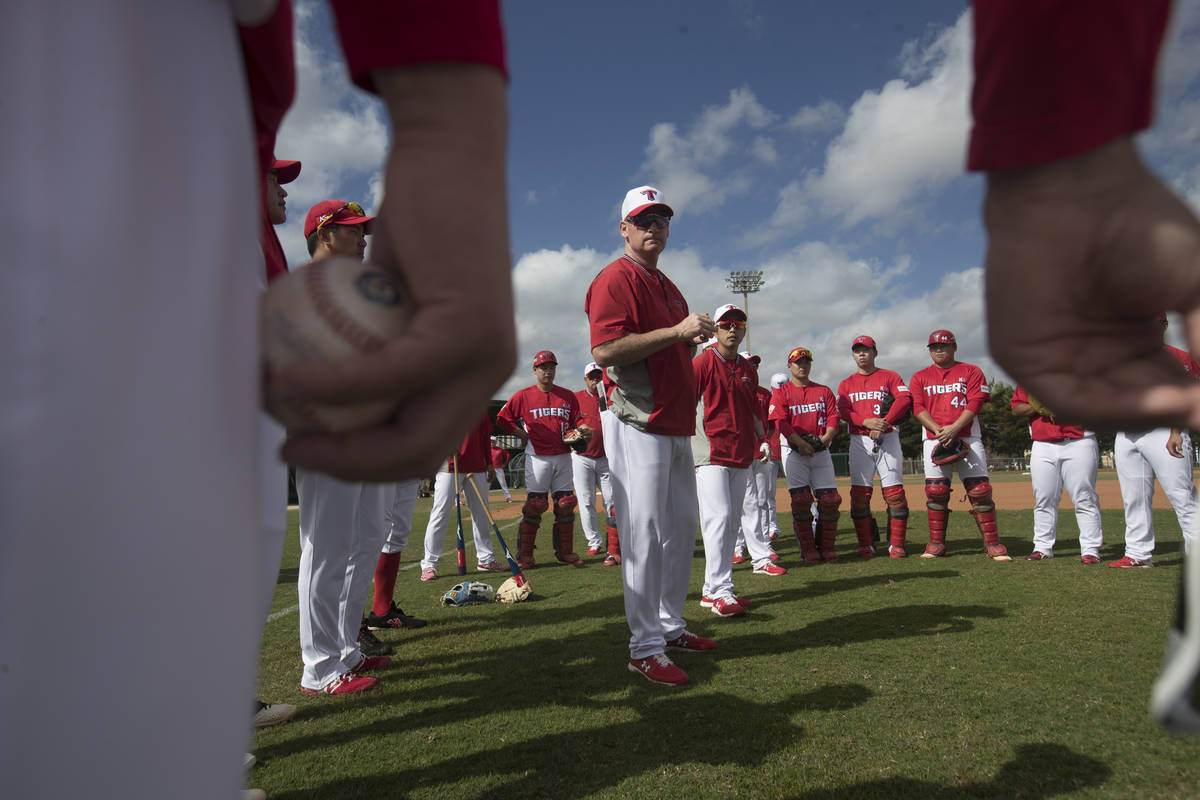 Matt Wiliams is the new manager for the Kia Tigers, a South Korean professional baseball team that is spending Spring Training training at Terry Park in Fort Myers. Photgraphed on Feb. 10, 2020 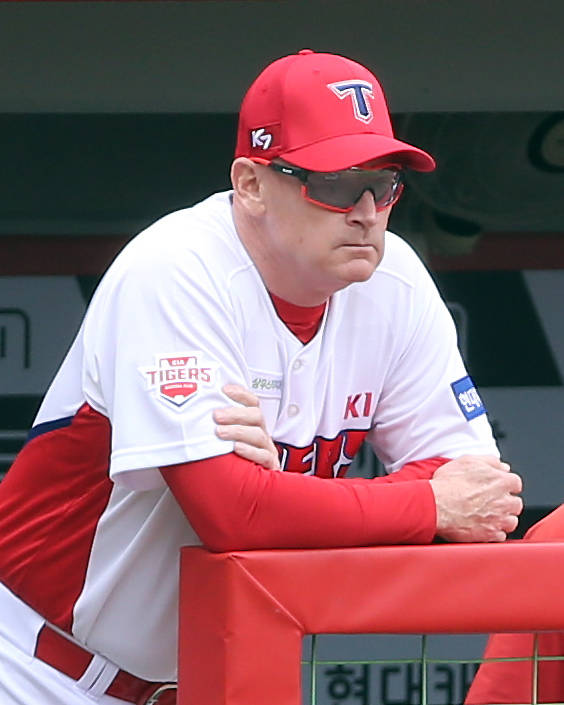 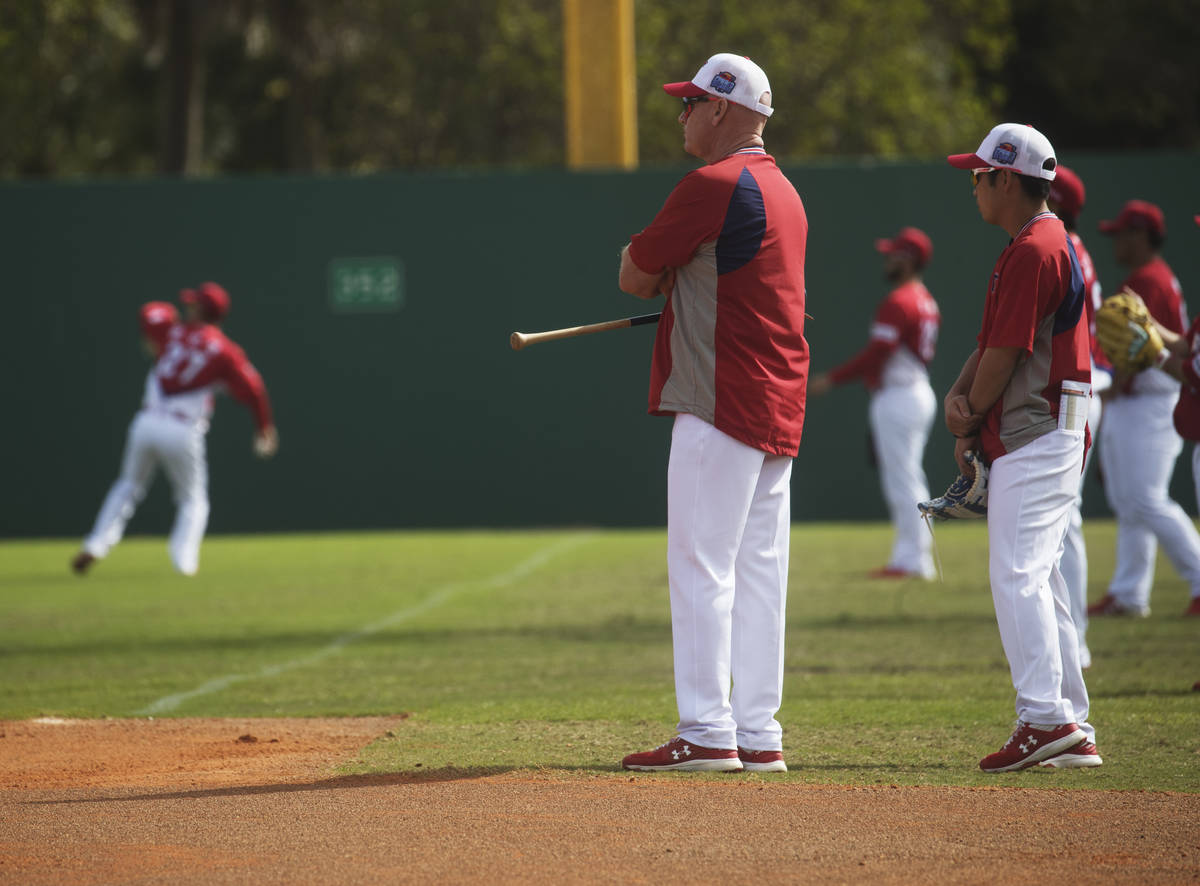 Matt Wiliams is the new manager for the Kia Tigers, a South Korean professional baseball team that is spending Spring Training training at Terry Park in Fort Myers. Photgraphed on Feb. 10, 2020

The clubhouse is integral to baseball’s culture. Players show up hours before the first pitch not only to go through pregame preparations but also to bond with teammates they essentially live with for six months.

It’s a lifestyle that Matt Williams knows full well, the former UNLV star going on to a 17-year career as one of the major leagues’ top hitters.

He’s now a first-year manager in the Korea Baseball Organization, one of the few leagues in action worldwide because of the coronavirus pandemic. His Kia Tigers were on a recent road trip in which they would leave their hotel in uniform and arrive at the stadium just in time for stretching and batting practice and then play in front of cardboard cutouts of fans.

But they would play, and that’s what mattered to Williams.

“The game’s the same regardless of whether there’s anybody in the stadium watching it or not,” he said.

For safety reasons, players are not allowed to spit and are discouraged from shaking hands. Umpires and translators wears masks and gloves, and everyone entering the stadium undergoes a temperature check.

It could be a blueprint for Major League Baseball, which is considering starting its season in empty stadiums around July 4.

“The idea of playing in stadiums without fans is right now our new normal here,” Williams said. “We don’t know exactly when we can have folks back to the ballpark and what that would entail. … There’s really nothing you can do about it, other than get ready to play and hope this thing calms as much as possible.”

From UNLV to the bigs

After being selected third overall in the 1986 draft by the San Francisco Giants, Williams put together a career in which he became a five-time All-Star. He led the National League with 122 RBIs in 1990 and the majors with 43 homers in 1994, each season with the Giants.

Williams later went into coaching, working his way up to manage the Washington Nationals in 2014 and 2015. The Nationals won the East Division in 2014, and Williams was named NL Manager of the Year. But when the Nationals failed to qualify for the postseason the following year, finishing second, Washington fired Williams.

He was the Oakland Athletics’ third base coach in 2018 and 2019 before the Kia Tigers came calling in October with a three-year contract to manage their team, which is based in Gwangju, a South Korean city of 1.5 million.

“I love the culture,” Williams said. “The food’s fantastic. The folks are warm. We’ve got a great organization and a huge fan base, so they’re all watching intently on TV right now and hoping to get back into the ballpark soon.”

A return to the majors?

Williams is trying to lead the Tigers to the playoffs, and he hopes one day to get another shot at a major league managing job.

What he does in South Korea, he said, isn’t likely to influence major league owners. The majors have gone to a game that greatly emphasizes power, while the KBO is a throwback to NL games in the 1970s and 1980s that emphasized a more complete approach that includes speed, bunting and hit-and-run plays.

“It’s a life decision for sure, but I decided to go ahead and take the position and experience something new and hopefully teach and see what we can do as a team,” Williams said. “Right now, we consider ourselves fortunate that we get a chance to play. Hopefully, the U.S. can start playing as well. It’s about being safe, though.

“Who knows what will happen in the future, but as of right now, I’m happy being here and working with these kids.”