If you are having problems accessing today’s e-Edition, please click on this link VIEW E-EDITION
By Howard Fendrich The Associated Press
October 7, 2019 - 7:42 pm 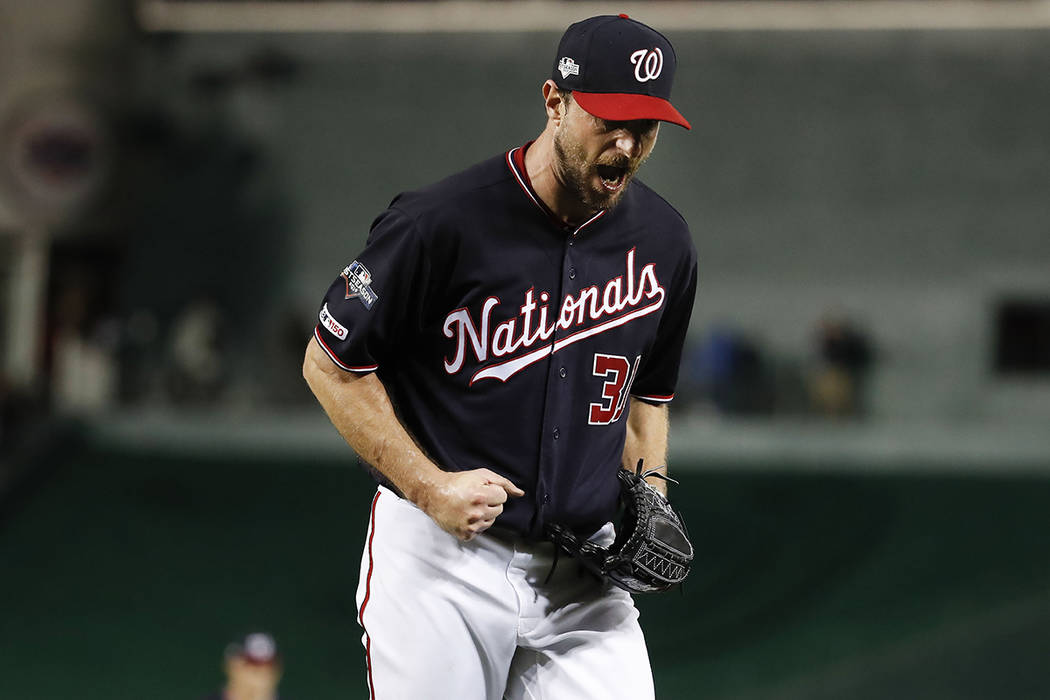 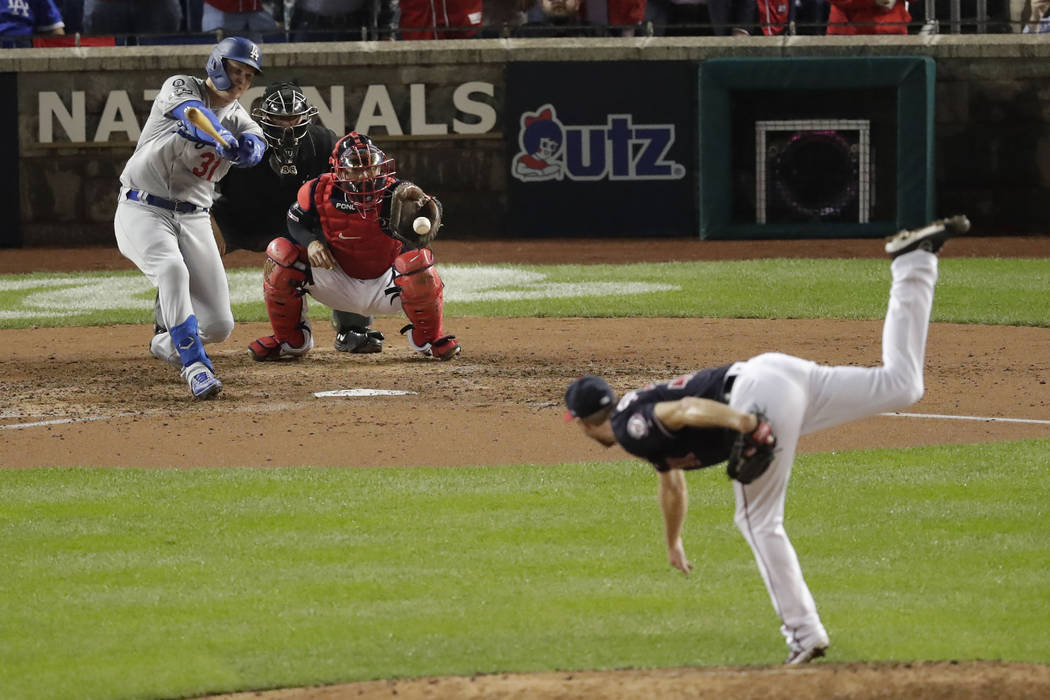 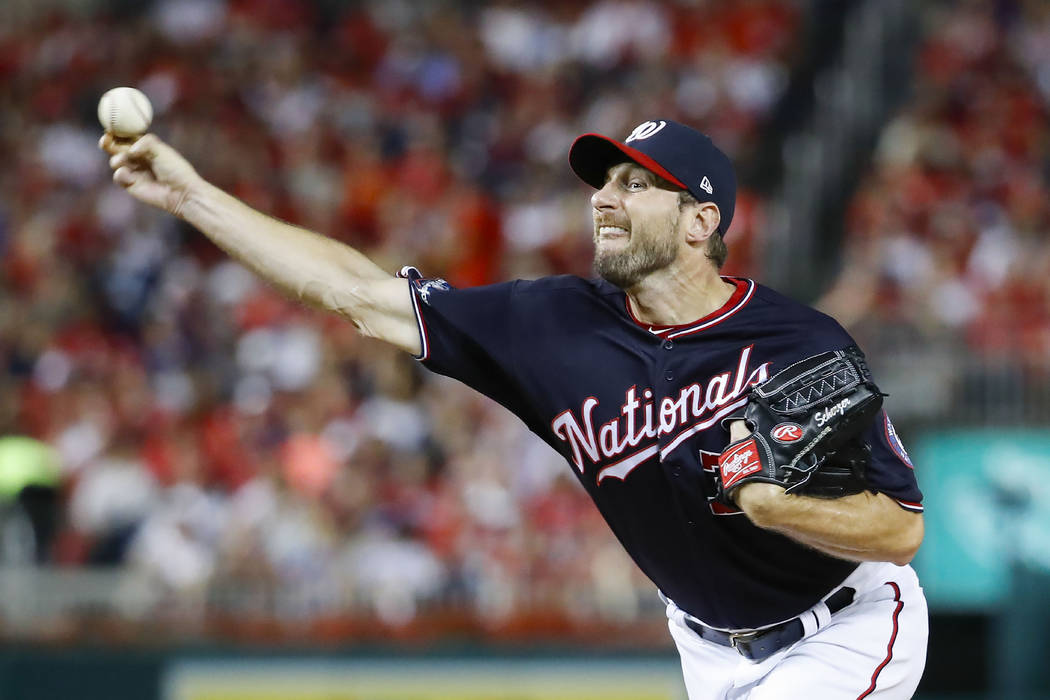 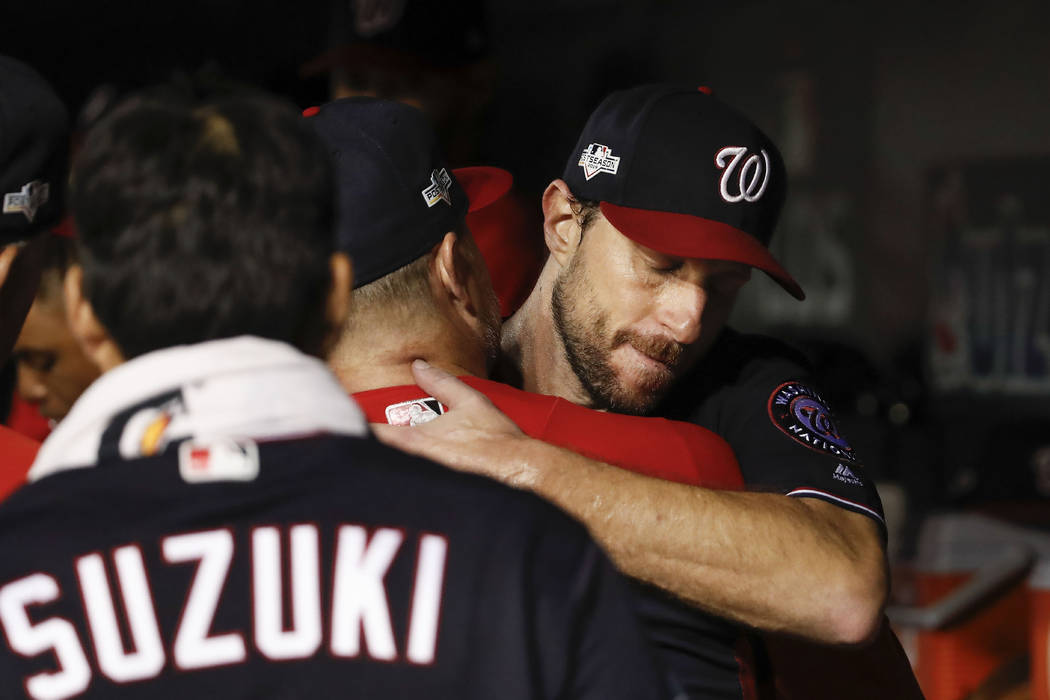 Washington Nationals starting pitcher Max Scherzer (31) is greeted by teammates in the dugout in the middle of the seventh inning in Game 4 of a baseball National League Division Series against the Los Angeles Dodgers, Monday, Oct. 7, 2019, in Washington. (AP Photo/Alex Brandon) 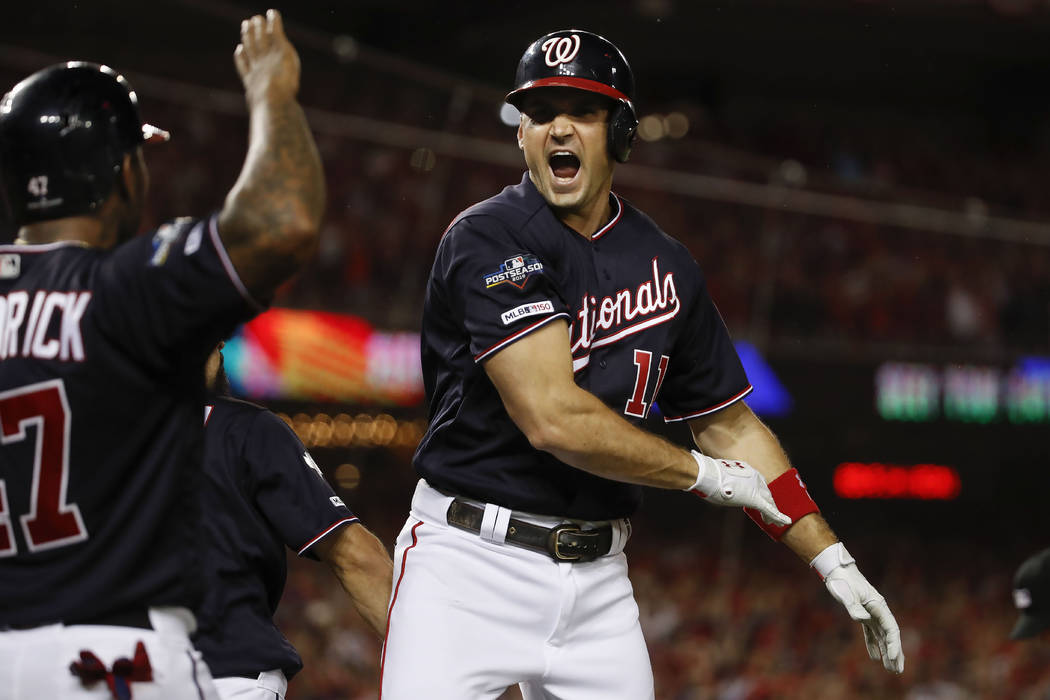 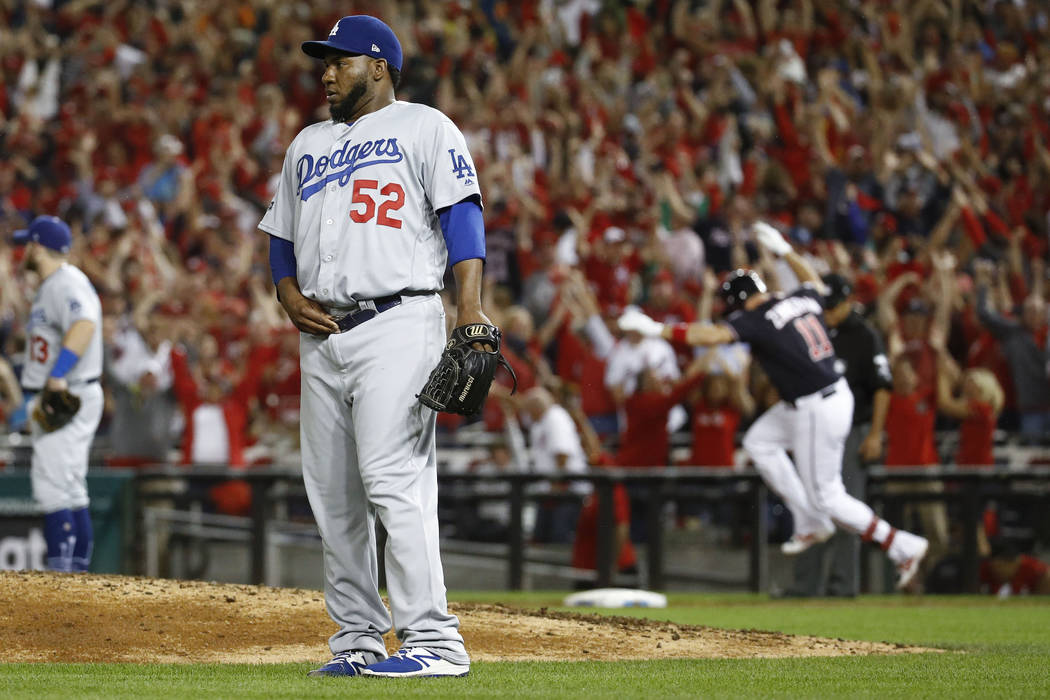 WASHINGTON — For a guy whose teams kept losing in the postseason, Max Scherzer sure is delivering now. Every time he’s pitched this October, the Washington Nationals have won.

His latest outing was a season-saving, seven-inning masterpiece that combined with Ryan Zimmerman’s three-run homer to lift the wild-card Nationals to a 6-1 victory over the league-best Los Angeles Dodgers on Monday night, forcing a deciding Game 5 in their NL Division Series.

“I was just gassed. I was out. I was empty in the tank,” Scherzer said about his last inning.

Scowling and muttering to himself, Scherzer allowed one run and four hits while striking out nine — and, most importantly for Washington, he prevented LA from closing out the NLDS after taking a 2-1 lead into Game 4.

“He really gave it all he had,” said Anthony Rendon, who drove in three runs for Washington.

With fans who braved some rain chanting, “Beat LA!” in the late going, Sean Doolittle and Daniel Hudson combined to get the last six outs for Washington, setting up a winner-take-all contest in the best-of-five series Wednesday at Los Angeles, with the Nationals sending Stephen Strasburg to the mound against Walker Buehler.

“If I could bet, I’d bet on him,” Nationals outfielder Adam Eaton said about Strasburg. “He’s a very good pitcher. A polished pitcher. To have him healthy and ready to go in that situation only boosts our confidence.”

Whichever team advances will face the Atlanta Braves or St. Louis Cardinals in the NL Championship Series. That playoff is also even at 2-all.

The 35-year-old Zimmerman showed what he still can do at the plate by taking a 97 mph pitch, the second thrown by reliever Pedro Báez, and turning it into a high-arching parabola that descended onto the green batter’s eye in straightaway center field for a three-run shot that made it 5-1.

That was after Julio Urías, LA’s third pitcher and the one charged with the loss, began the fifth by serving up a line-drive single to Trea Turner, who finished with three hits. Rendon, who led the majors with 126 RBIs during the regular season but entered Monday with just one in the playoffs, delivered a run-scoring single that made it 2-1.

Rendon also brought home runs via sacrifice flies in the third and sixth.

It was plenty for Scherzer. He left after 109 pitches, the most stressful coming after he loaded the bases by issuing a pair of walks with one out in the seventh. Scherzer got out of that by striking out pinch-hitter Chris Taylor and getting Joc Pederson to ground out, then shook his arms and yelled as he stalked to the home dugout.

“You can’t say enough about his compete,” Roberts said about Scherzer. “He just sort of wills his way to getting outs.”

The Dodgers’ lone run came when Justin Turner connected for a no-doubt-about-it homer to left on Scherzer’s 10th pitch, a 95 mph fastball. But from there, facing an LA lineup stacked with a half-dozen lefty hitters, Scherzer displayed the sort of ornery dominance that helped him win three Cy Young Awards.

He entered these playoffs on a skid: His teams, Detroit and Washington, had been 0-7 in his most recent seven postseason appearances. But the Nationals won the NL wild-card game, which he started; Game 2 of the NLDS, when Scherzer struck out all three batters he faced in relief; and now Game 4.

The Dodgers are trying to get to the NLCS for the fourth year in a row, while the Nationals have never been to that round since moving from Montreal in 2005. Washington will be playing in its fourth NLDS Game 5 in the past eight years; the Nats are 0-3 so far, with all those losses at home, including against the Dodgers in 2016.

Zimmerman for so many years was the face of the franchise for the Nationals, who made him their first draft pick 14 years ago. So he’s been through all of their highs, including four NL East titles, and lows, including early exit after early exit in the playoffs. He no longer is an everyday player — Game 4 marked his second start of this postseason — and his teammate-mandated dugout dance after his homer consisted of pretending to use a walker.

“He’s been here forever,” Rendon said. “Man, he means everything to this city, to this team.”

This could be a last hurrah for Zimmerman with the Nationals, who hold an $18 million contract option on him in 2020. He said before the game that he’s not thinking about the future, other than insisting that he’ll continue playing beyond this season.

“I plan on playing more games. I feel like a lot of people think I’m not going to play more games,” Zimmerman said. “But I feel good. I feel like I can still be very productive beyond this year.”