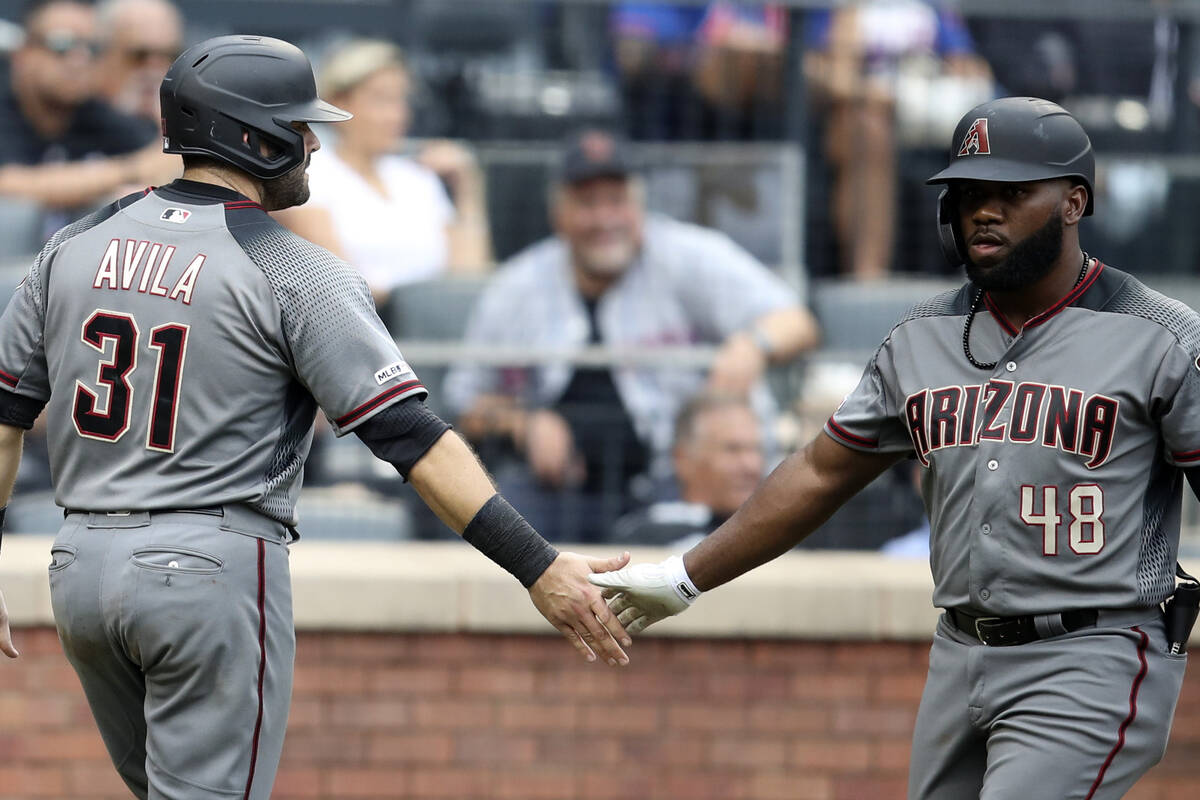 Arizona Diamondbacks' Alex Avila (31) celebrates with Abraham Almonte (48) after scoring off an RBI-double by Ildemaro Vargas during the seventh inning of a baseball game against the New York Mets, Thursday, Sept. 12, 2019, in New York. (AP Photo/Mary Altaffer)

The Arizona Diamondbacks and Colorado Rockies are scheduled to meet March 18-19 in the second Big League Weekend at Las Vegas Ballpark, the teams announced Friday.

First pitch for the first game is tentatively scheduled for 6:05 p.m., and the second game will begin at 1:05 p.m.

It was previously announced the Cleveland Guardians and Oakland Athletics will play March 12-13 in the first Big League Weekend.

Both weekends could be in jeopardy as Major League Baseball locked out players Dec. 2 following the expiration of the sport’s collective bargaining agreement.

Negotiations on core economics broke off until Thursday, when MLB made a new offer that resulted in little evident progress. Signings and trades have been halted, and spring training will not start as scheduled on Feb. 16 unless there is an agreement.