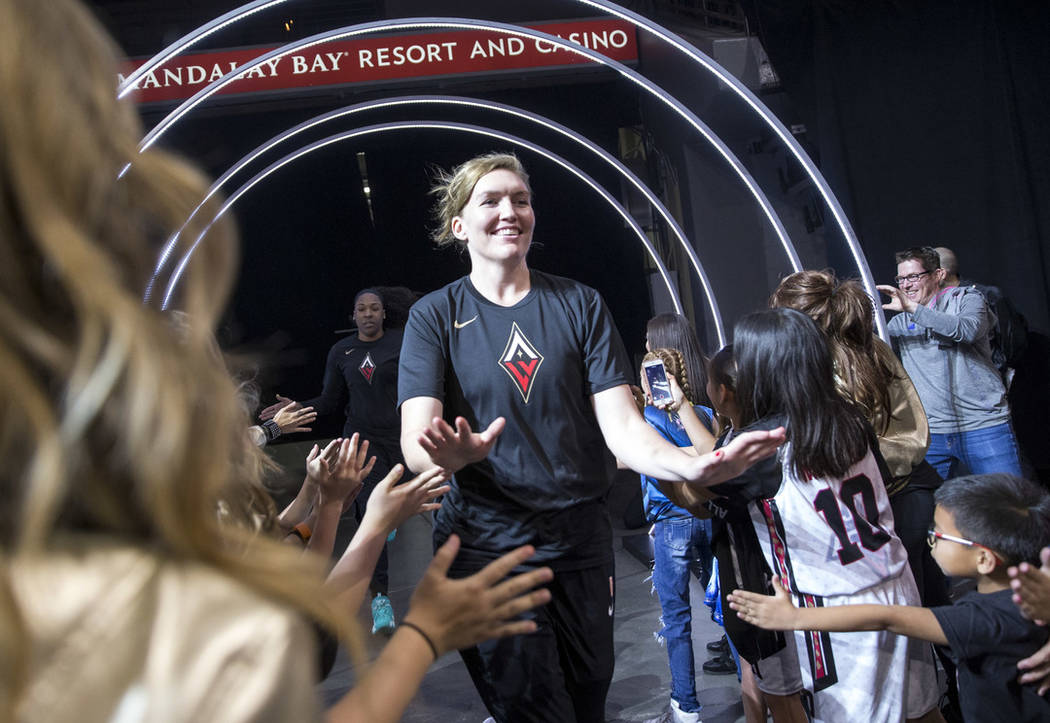 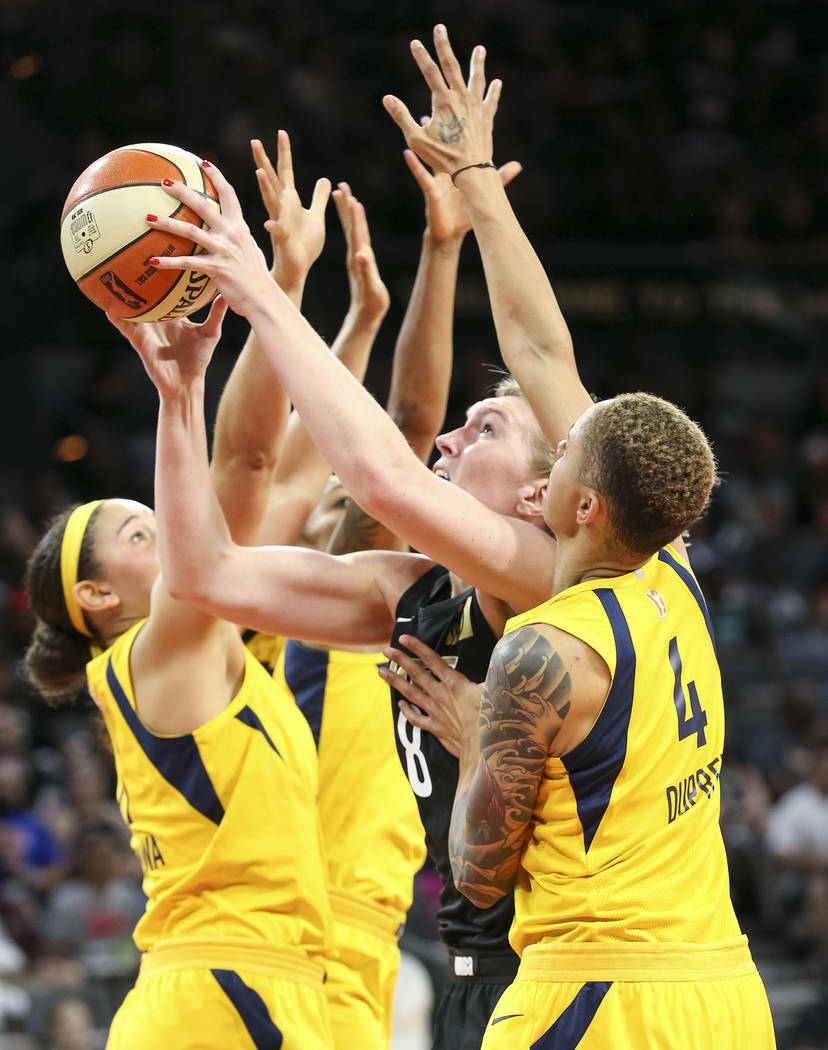 Las Vegas Aces center Carolyn Swords (8) goes up for a shot as she is swarmed by Indiana Fever defenders during the second half of a WNBA basketball game at the Mandalay Bay Events Center in Las Vegas on Sunday, July 22, 2018. Richard Brian Las Vegas Review-Journal @vegasphotograph 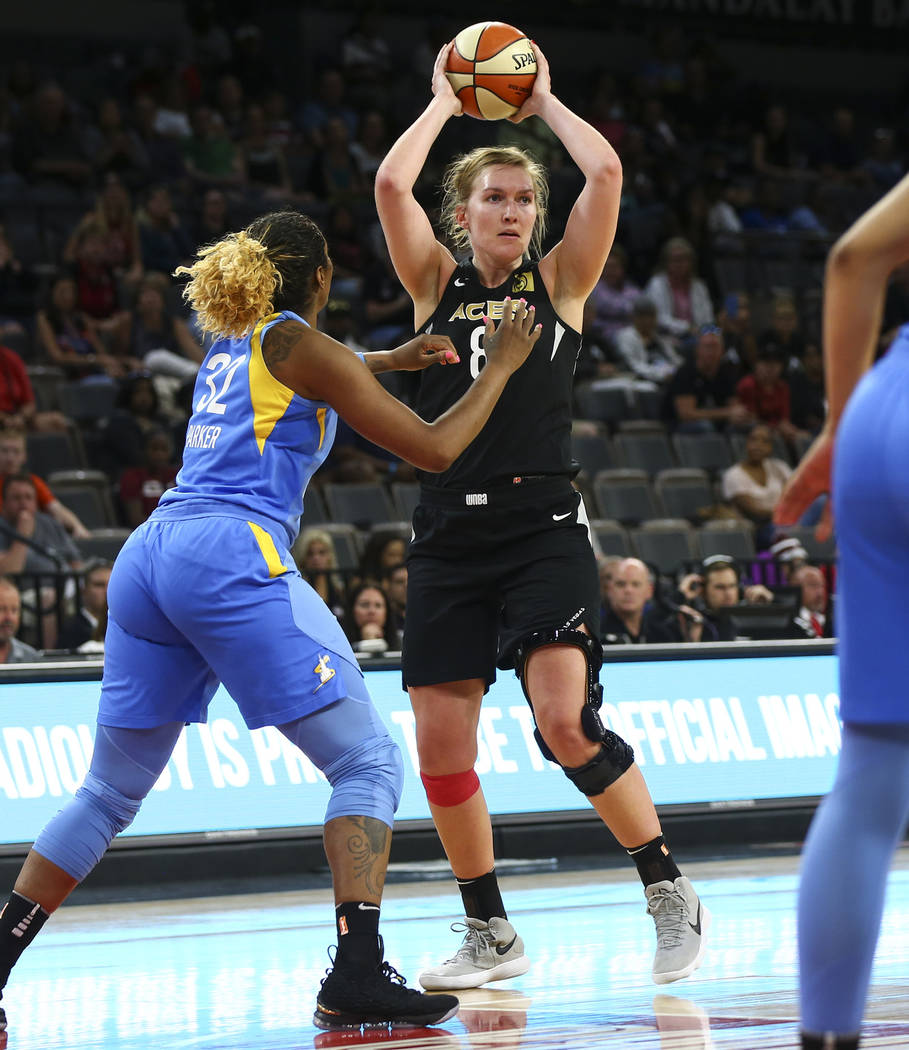 And that doesn’t bother her one bit.

Swords came off the bench Sunday to contribute a 12-point, 10-rebound performance against the Indiana Fever and further solidify herself as a trusted cog in Laimbeer’s rotation.

At 6-foot-6-inches, she protects the paint on defense and battles for boards on both ends of the court. She sets good screens, finishes around the rim and embraces her role as a dirty work specialist.

“When she gets in, she takes care of business,” Las Vegas rookie A’ja Wilson said. “I love playing with her. She’s a leader. She’s like our team mom, honestly. She knows everything. We trust her. Every time she talks, we’re like all glued in. Every team needs a person like her.”

Swords, now in her seventh WNBA season, played under Laimbeer with the New York Liberty for two seasons, and joined the Aces as a free agent in the offseason.

She played sparingly early in the year, and logged several did-not-plays as the Aces worked to establish their young players. But Laimbeer knew he could count on Swords’preparation and professionalism.

“I feel like we’re really gelling. We’re trying to problem solve together,” said Swords, who had four blocks against the Fever. “I’m trying to stay alert, be a rim protector, making sure I’m aware what’s going on. Talking to my teammates. … Being ready to react.”