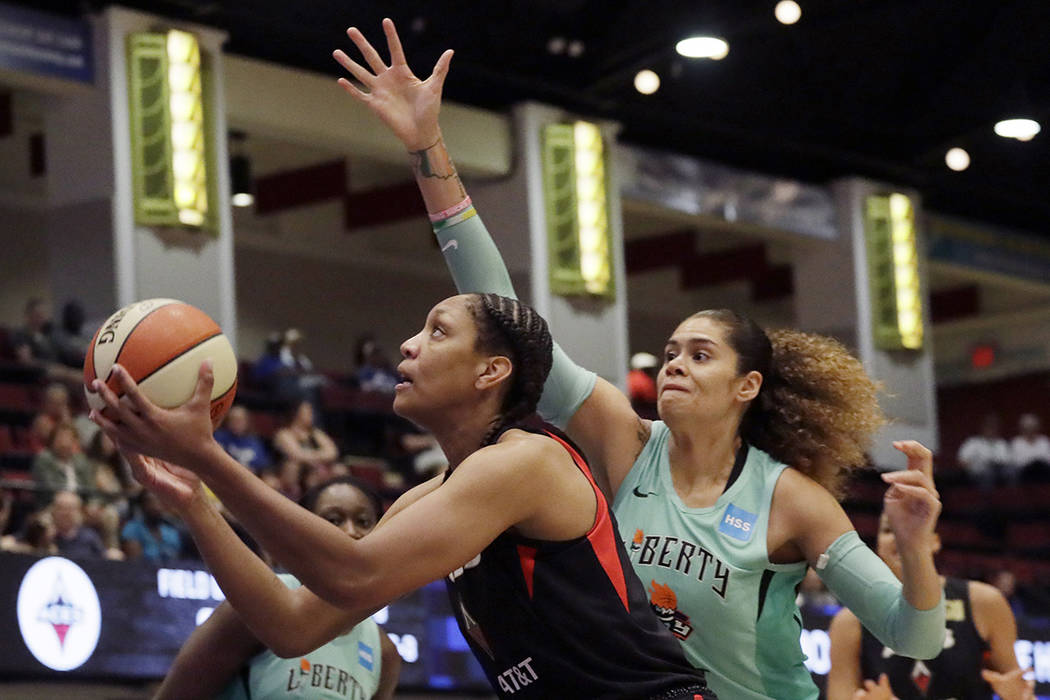 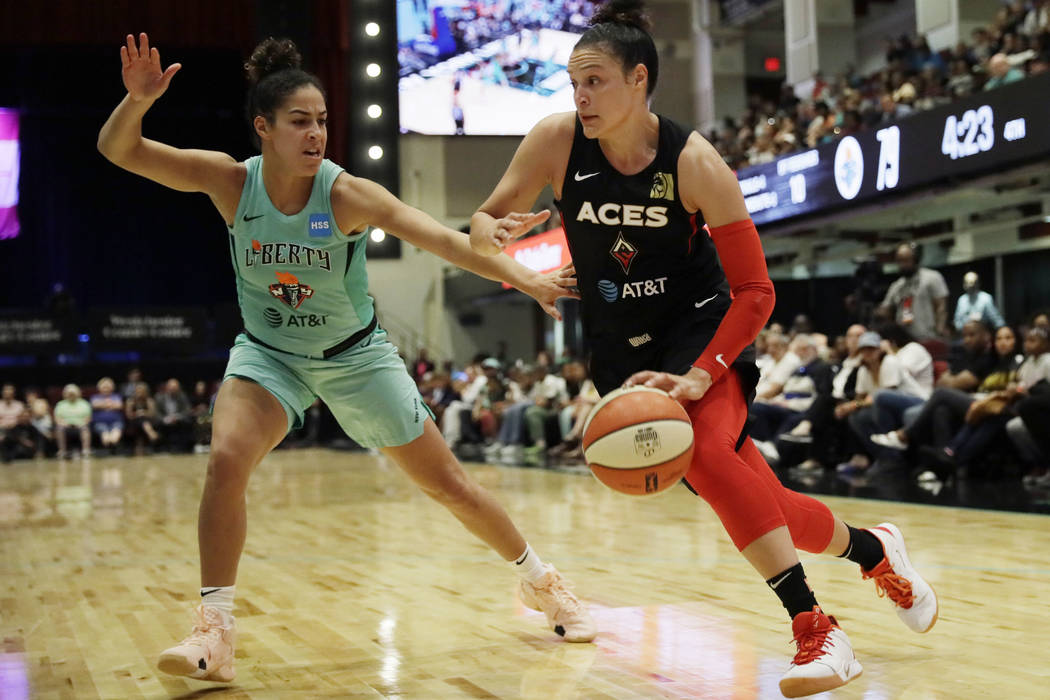 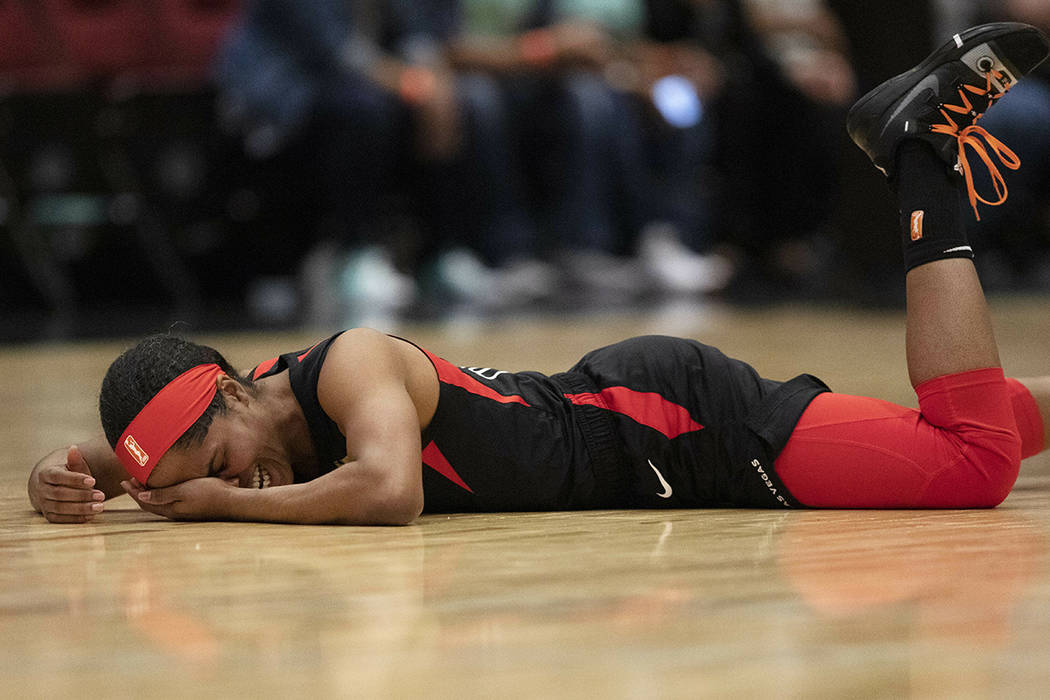 Las Vegas Aces' Sydney Colson lies on the court after being injured in the first quarter of a WNBA basketball game against the New York Liberty, Sunday, June 9, 2019 in White Plains, N.Y. (AP Photo/Mark Lennihan) 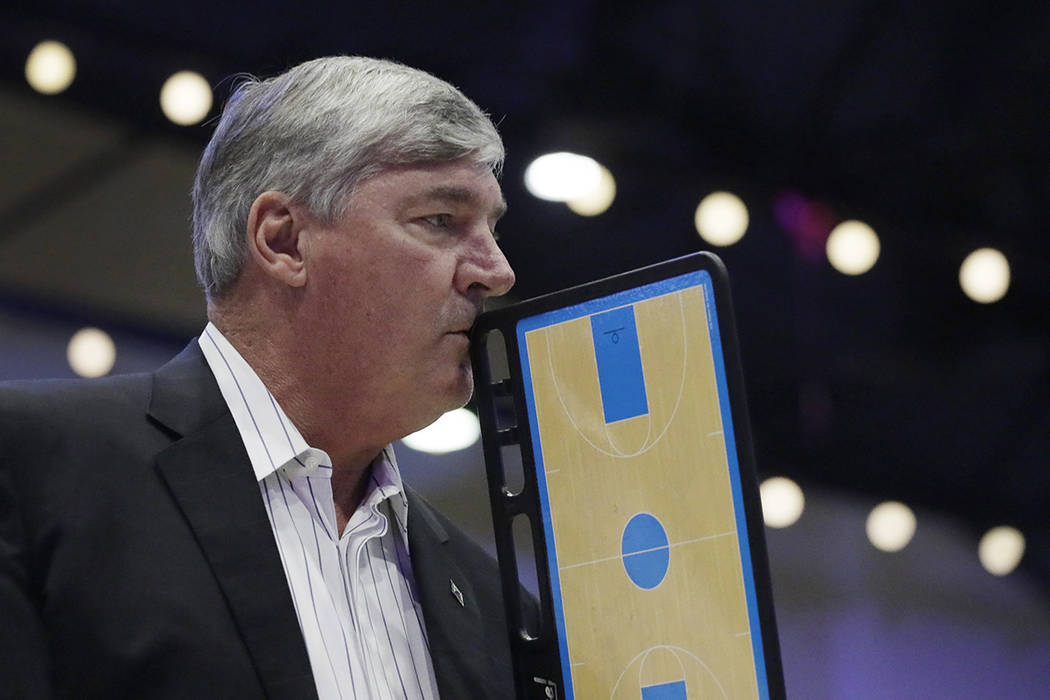 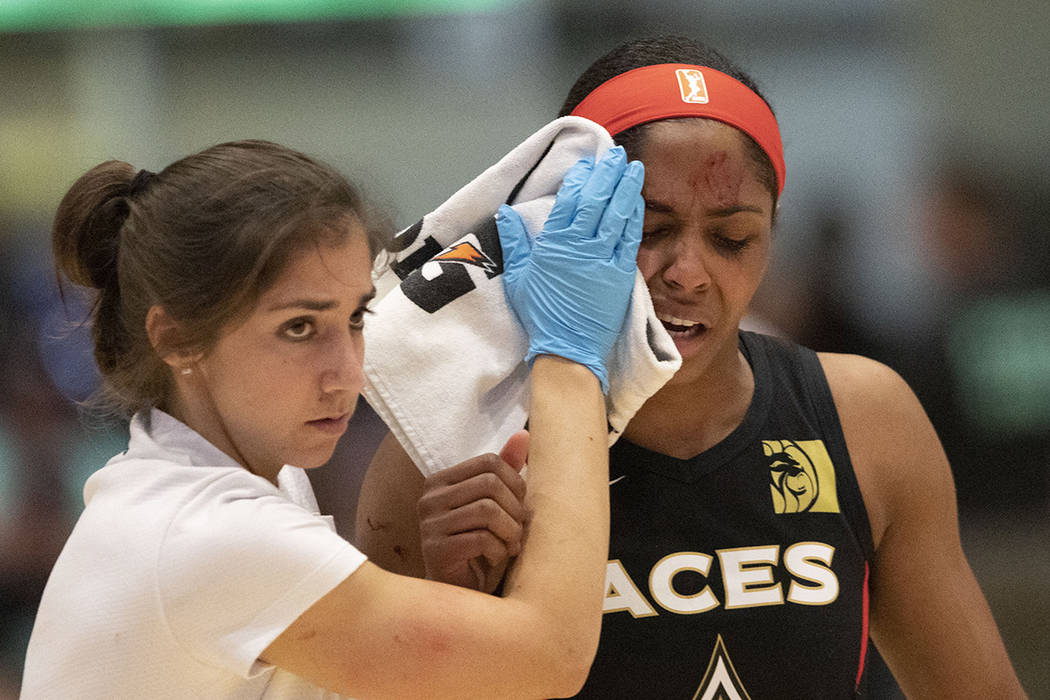 Las Vegas Aces' Sydney Colson, right, is led off the court after being injured in the first quarter of a WNBA basketball game against the New York Liberty, Sunday, June 9, 2019, in White Plains, N.Y. (AP Photo/Mark Lennihan) 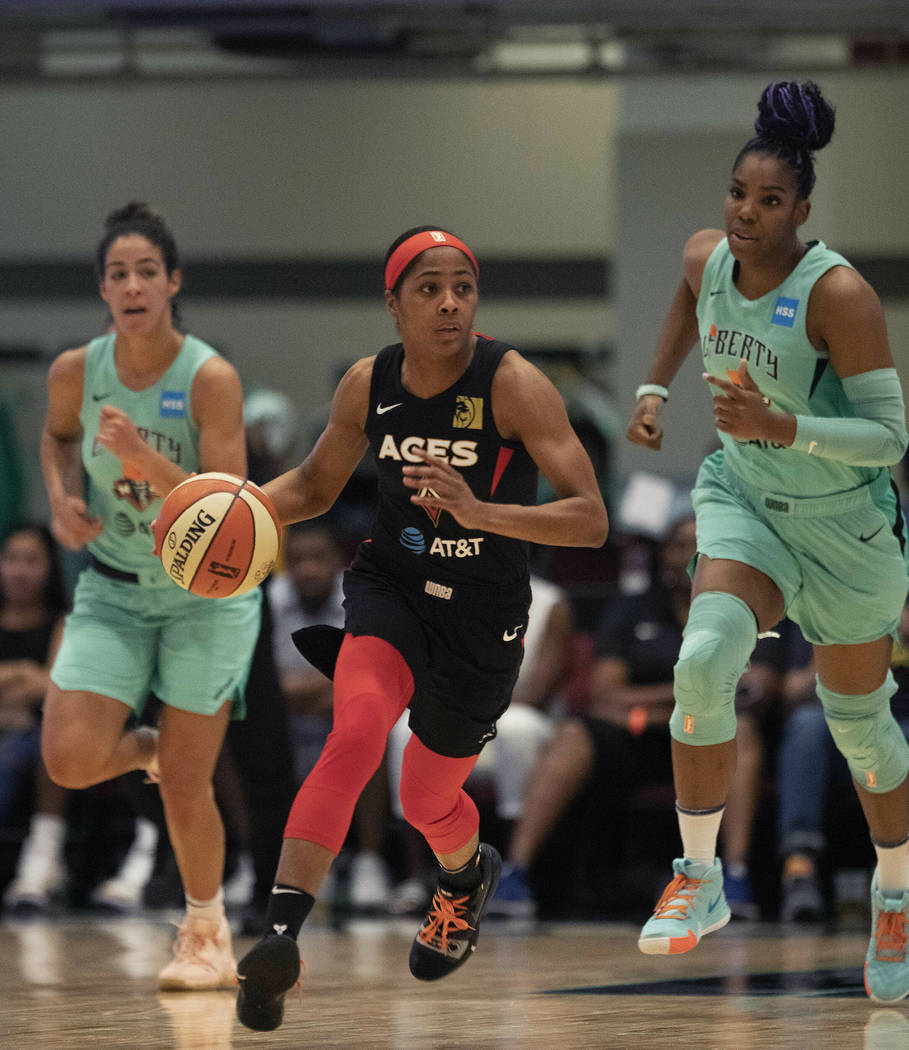 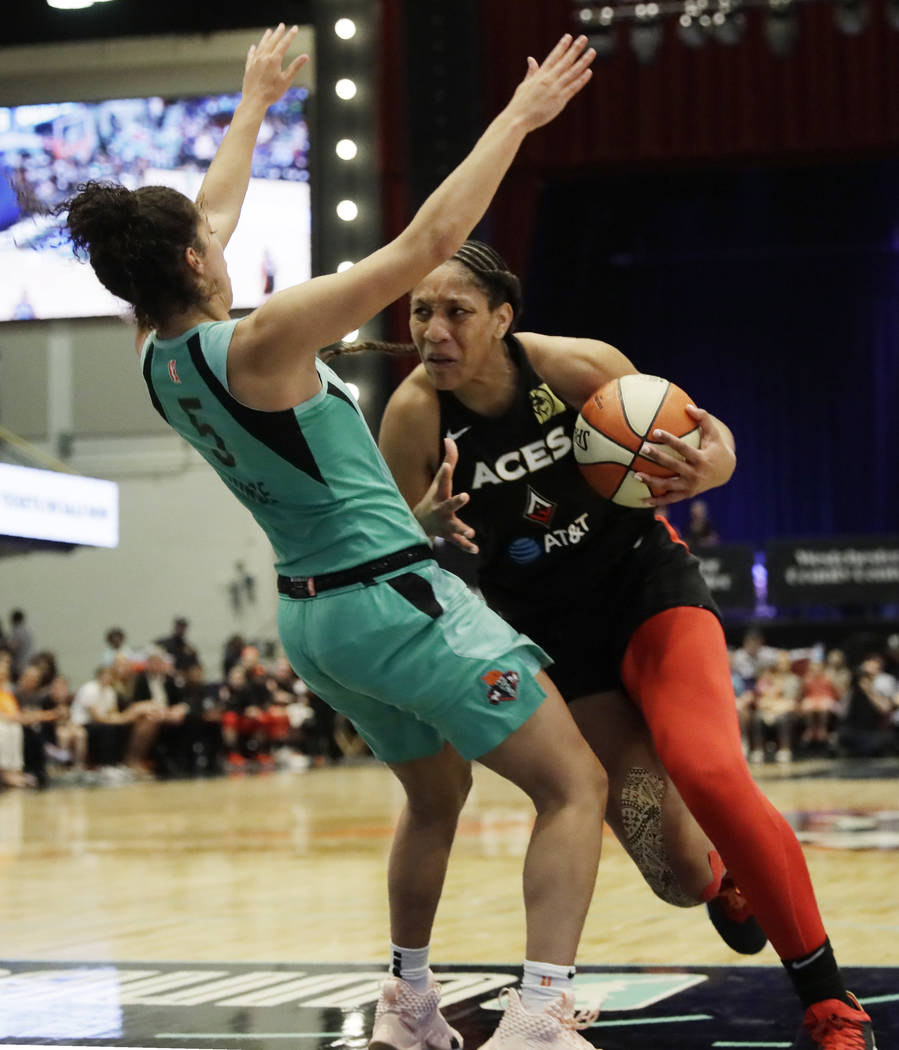 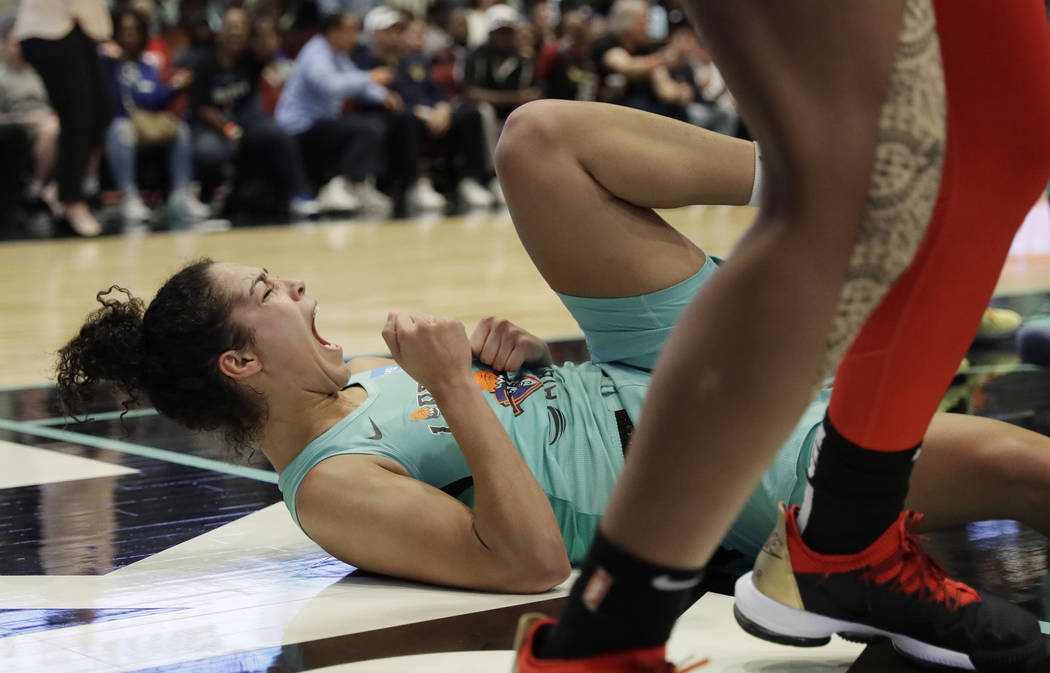 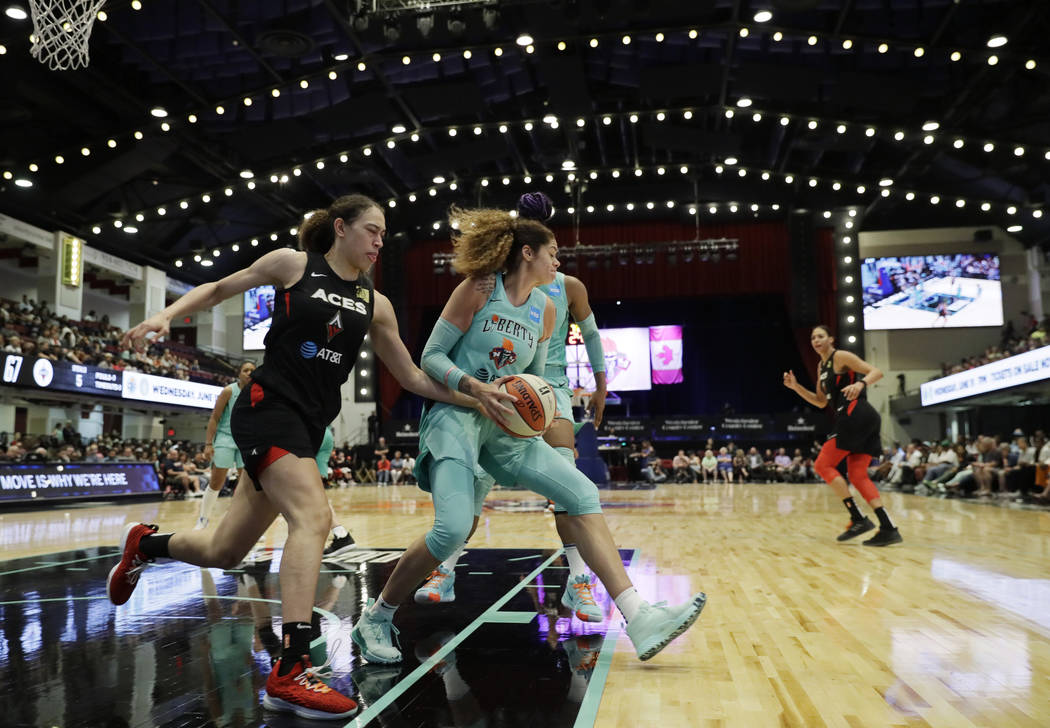 New York Liberty's Amanda Zahui B, center, of Sweden, pulls down a defensive rebound against the Las Vegas Aces in the second half of a WNBA basketball game, Sunday, June 9, 2019, in White Plains, N.Y. (AP Photo/Mark Lennihan) 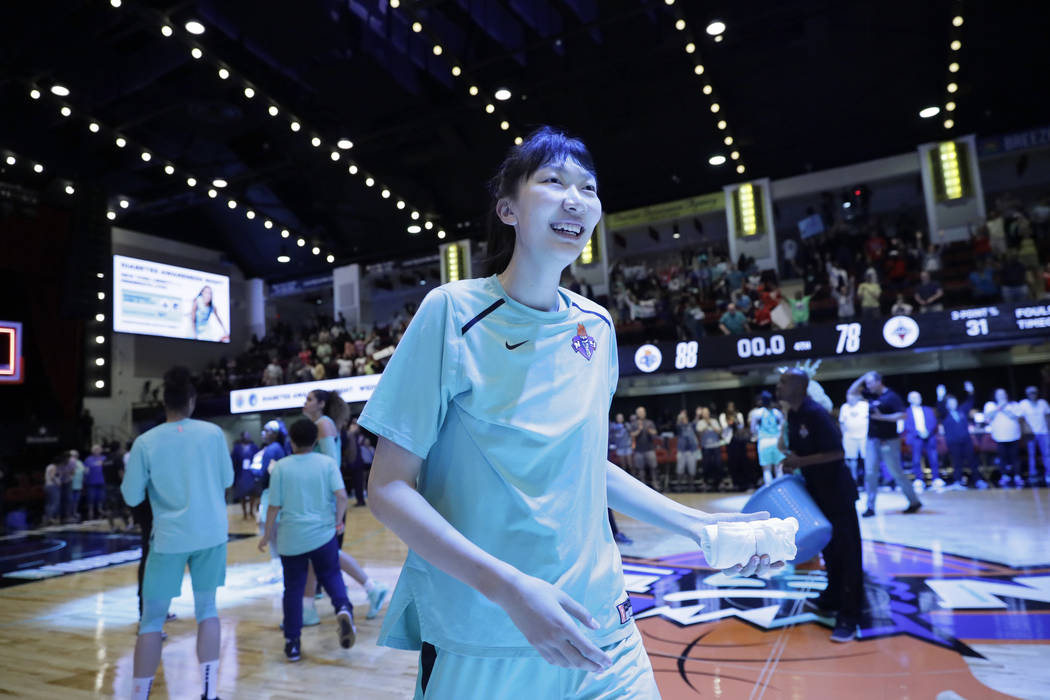 New York Liberty's Han Xu, of China, gets ready to throw a souvenir towel to fans after her team defeated the Las Vegas Aces in a WNBA basketball game, Sunday, June 9, 2019, in White Plains, N.Y. Han did not play. (AP Photo/Mark Lennihan) 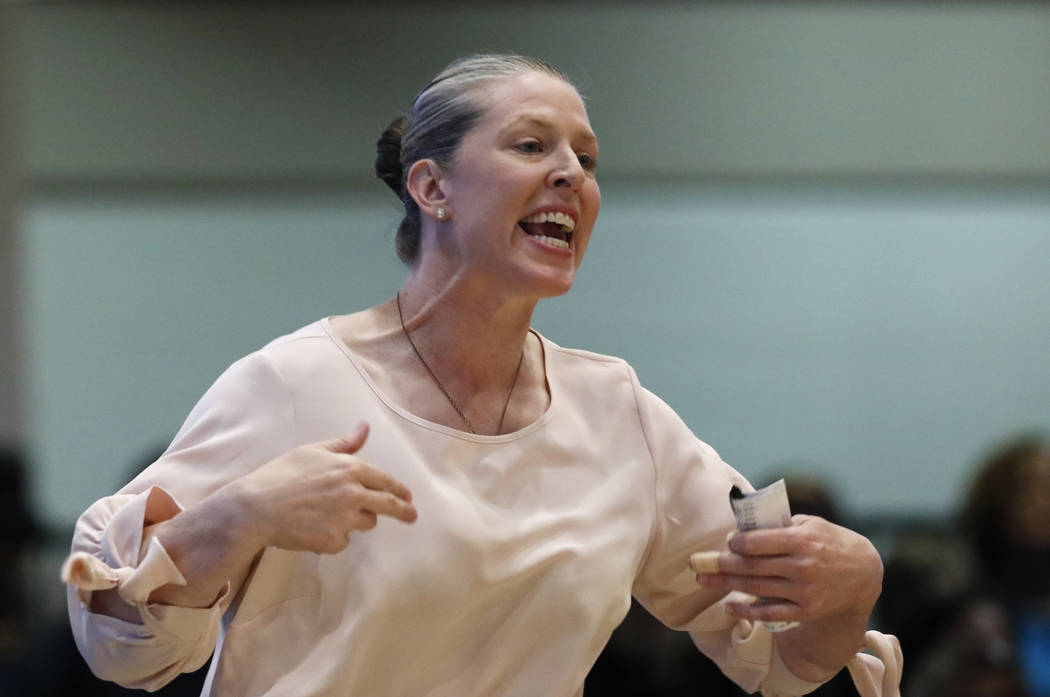 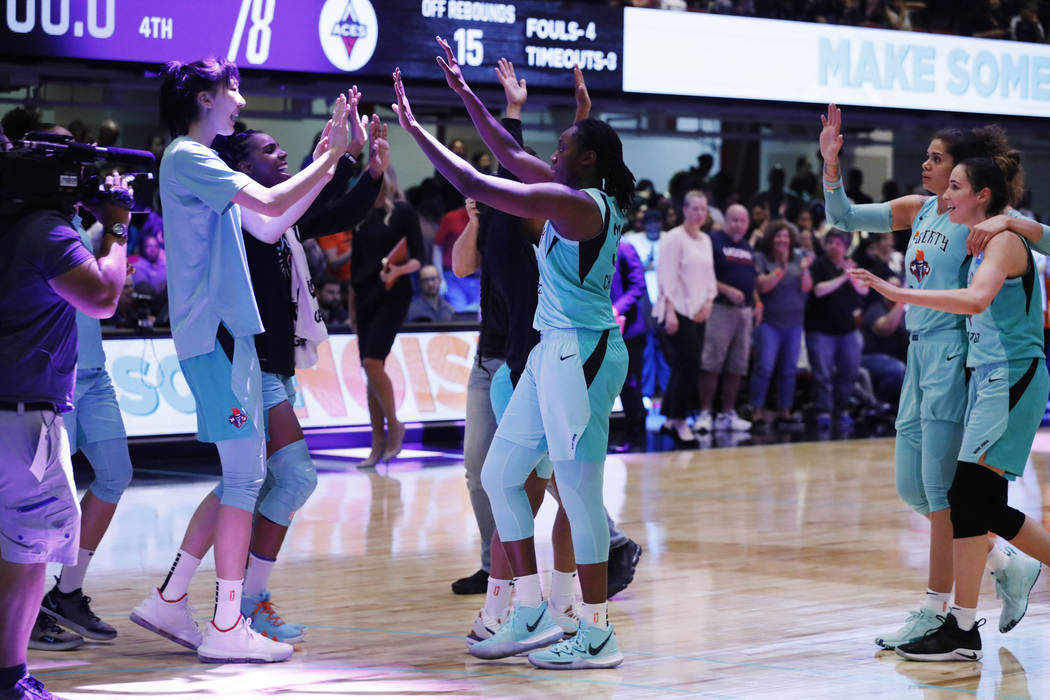 Kayla McBride played her best game of the season Sunday.

The rest of the Aces combined to play their worst game.

McBride scored a season-high 25 points on 9 of 16 shooting against the New York Liberty, but the Aces shot 35.9 percent from the field and stumbled to an 88-78 loss at Westchester County Center in White Plains, New York.

Liz Cambage played a season-high 25 minutes and supplied 17 points and 10 rebounds. But only McBride shot better than 50 percent from the field for the Aces.

The Liberty had lost their previous 17 games and were 0-3 against Las Vegas last year.

“They needed this win more than we wanted it. That was the bottom line,” Aces coach Bill Laimbeer said. “We need leadership. We need to understand how hard we have to play in this league every day, and we’ll be okay. Until that happens, we’re just going to be like this. It’s tough. But they’re learning, hopefully.”

The Aces were coming off their most impressive performance of the season on Thursday in a 92-69 win over the Atlanta Dream, but failed to duplicate that energy and effort and trailed by as many as 16 points in the third quarter.

McBride and Jackie Young sparked an 11-1 run with a couple baskets apiece, but the Liberty fastened down their halfcourt defense and secured seemingly every loose ball in the fourth quarter.

Tamera Young made a 3-pointer to pull Las Vegas within four points with 7:06 to play. The Liberty responded, though, with a 9-3 run, prompting Laimbeer to pull his starters amid a late double-figure deficit.

Tina Charles led the Liberty with 21 points and eight rebounds. Bria Harper scored 17 and Kia Nurse had 15 points, including a crucial 3-pointer with 4:36 left in the fourth quarter.

Rookie guard Jackie Young had 11 points and eight rebounds for the Aces, who lost backup point guard Sydney Colson to an apparent head injury. Colson left the game after diving for the ball in the first quarter.

Forward A’ja Wilson shot 2 of 10 from the field en route to a career-low five points. Wilson had scored in double figures in the first 37 games of her WNBA career.