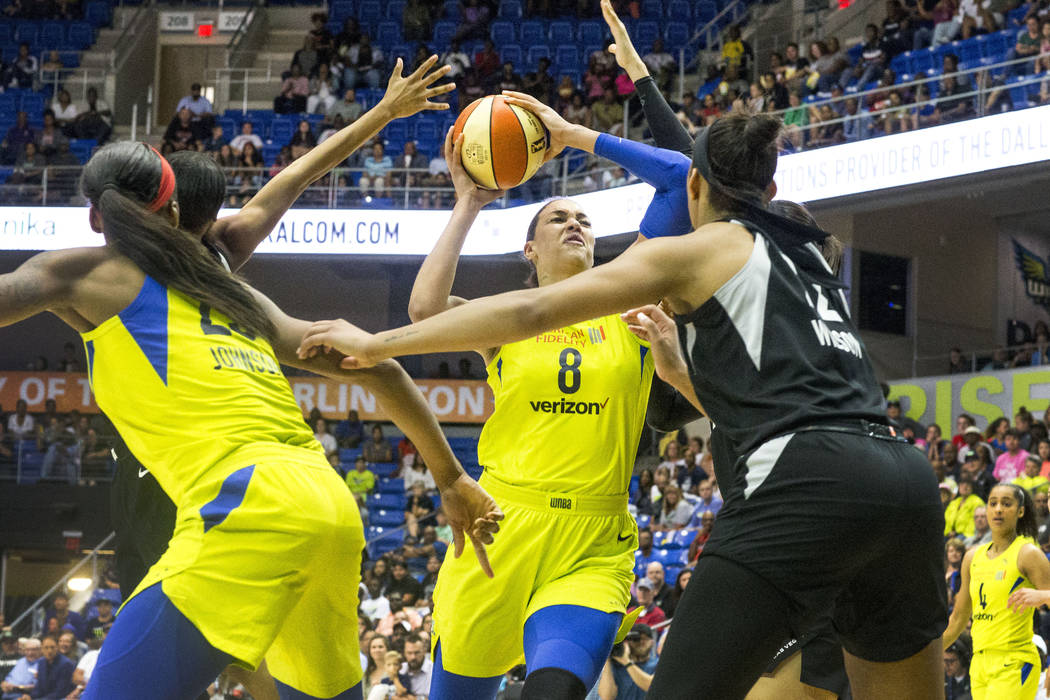 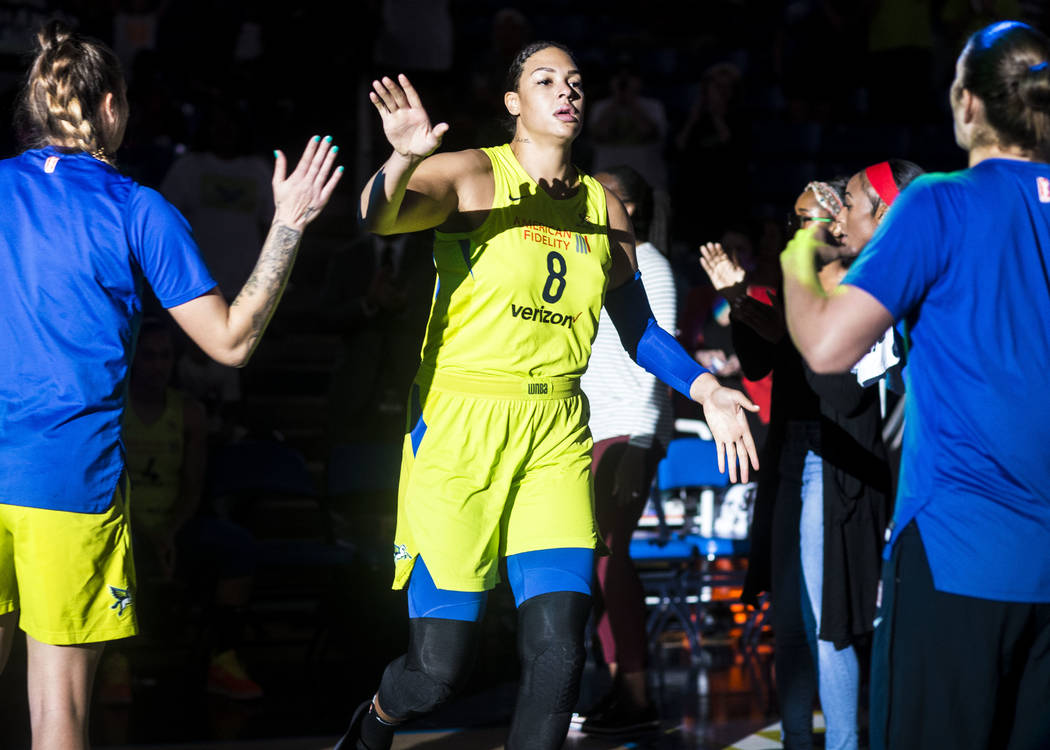 Dallas Wings center Liz Cambage (8) is welcomed on the court before the game against the Las Vegas Aces at College Park Center in Arlington, Texas on Aug. 17, 2018. The Wings defeated the Aces, 107-102. (Carly Geraci/The Dallas Morning News) 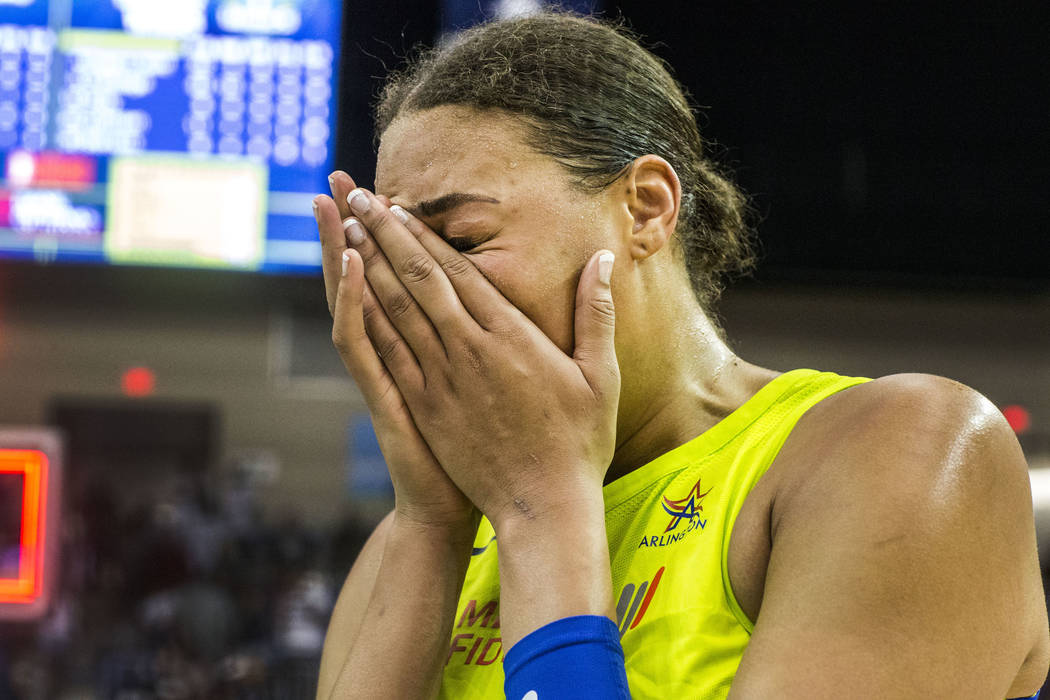 The Aces’ desire to acquire WNBA All-Star center Liz Cambage in a blockbuster trade with the Dallas Wings intensified Monday, but a person familiar with the negotiations says no deal is imminent and characterized the likelihood of one as “50-50.”

A potential trade would include point guard Moriah Jefferson, forward Isabelle Harrison and a 2020 first-round draft pick for Cambage, the person told the Review-Journal on Monday night.

The 6-foot-8-inch Cambage averaged 23.0 points and 9.7 rebounds last season, and is considered one of the best post players in the WNBA. In a July game against the New York Liberty, Cambage scored a league-record 53 points.

Cambage, a 27-year-old native of London who was raised in Australia, had requested a trade in January and cited the Los Angeles Sparks as a preferred destination, but would play in Las Vegas, the person said. The Aces had ongoing dialogue with the Wings throughout the offseason, but talks were dormant until about two weeks ago before intensifying again Sunday morning.

Jefferson, 25, was the No. 2 overall pick to the San Antonio Stars in 2016 and averaged 13.9 points and 4.2 points as a rookie. But she injured her knee in 2017 and played just 16 games last season, averaging 5.4 points and 2.1 assists. She recently concluded her commitments overseas, and has not yet reported to Aces training camp.