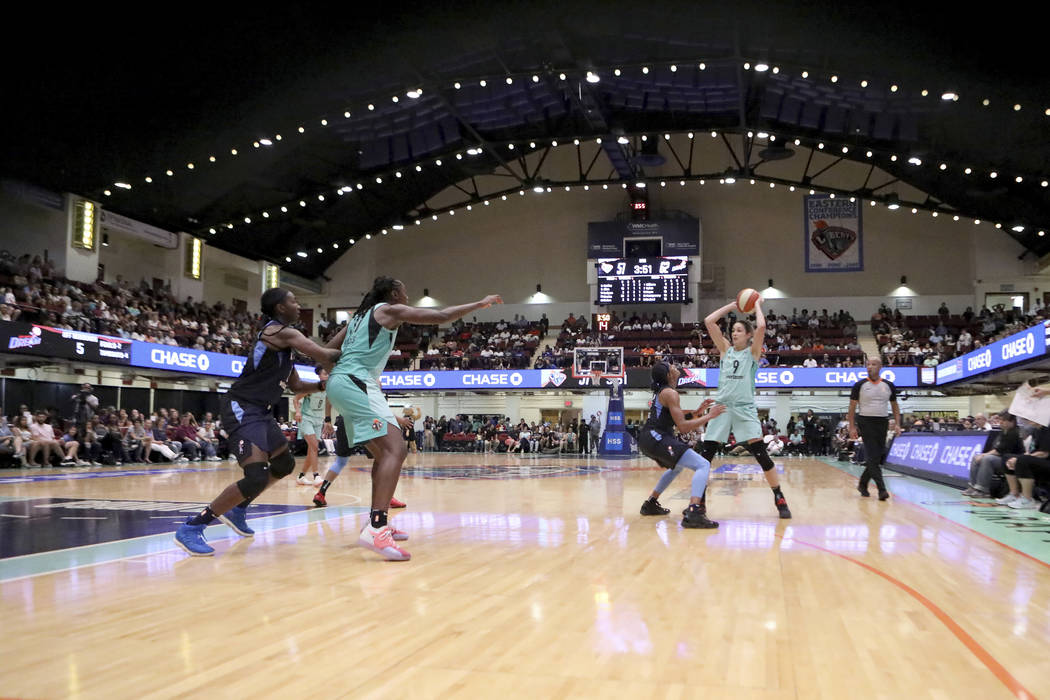 An overall, general view of the New York Liberty against the Atlanta Dream in the second half of a WNBA basketball game, Sunday, Aug. 12, 2018 in New York. The Atlanta Dream won the game. (AP Photo/Gregory Payan)

Tsai is co-founder of the Alibaba Group, the Chinese e-commerce giant. He bought a 49 percent interest in the Nets in April.

Liberty owner James Dolan put the team up for sale in November 2017. There had been several potential buyers, with a few close to a purchase. But the deals fell through for various reasons.

The Liberty said before last season the team had “lost money every year since its inception and cumulative losses exceed $100 million.”