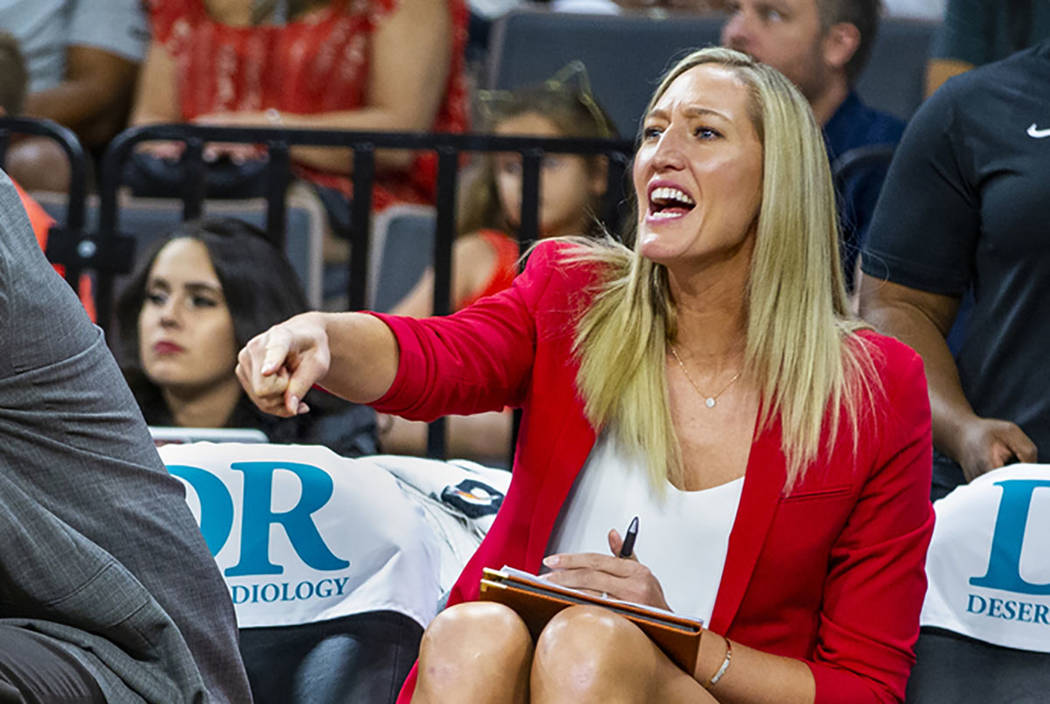 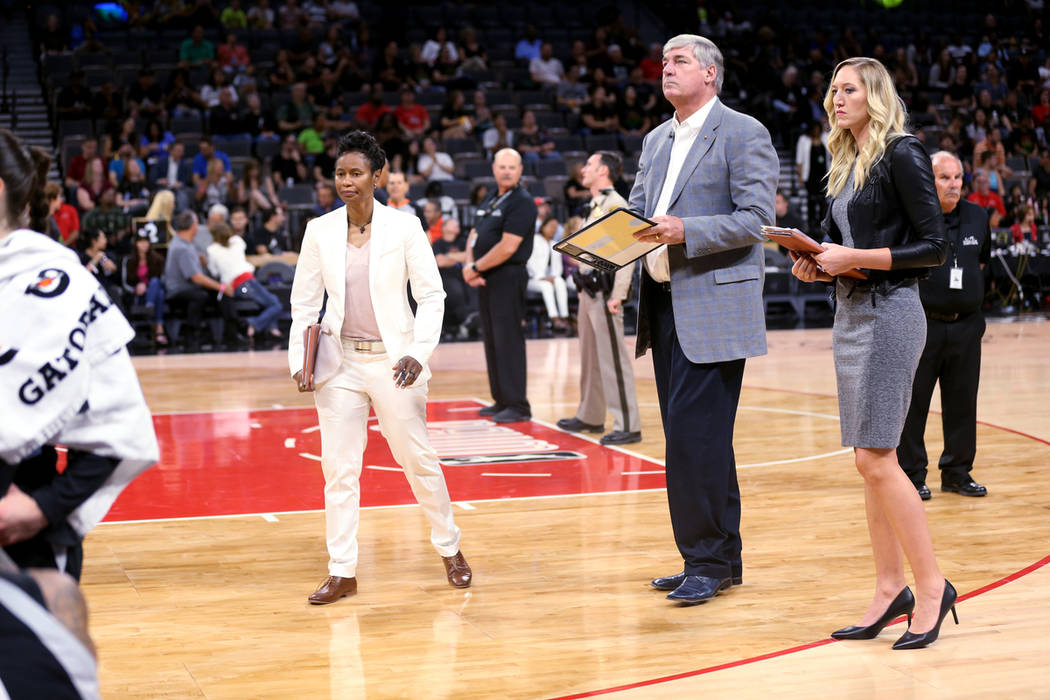 “I ended up always watching film and trying to evolve as a player and get smarter … to win games and to strategize,” she said. “It would work out what I was reading. So that part, I think I realized ‘Oh, I like this.’ ”

Raimon, who played pro basketball for nine years in the WNBA and pro volleyball for six years on the AVP Tour, is in her second year as an assistant coach with the Aces under Bill Laimbeer.

She builds scouting reports ahead of games and works primarily with the frontcourt players in practice — coupling a palpable sense of calm alongside a jovial demeanor.

“She has so many tools in her toolbox,” said Las Vegas forward A’ja Wilson, noting that Raimon balances fellow assistant Vickie Johnson and her intense personality. “That’s something that I’m really grateful for — to have a players’ coach like that, that can just teach me moves and how to use them.”

She was born in Cincinnati, but raised in the Canadian province of Quebec, where she flourished on both the basketball and volleyball courts. She loved both equally, but opted to play college basketball at Connecticut from 1997-2001 under coaching legend Geno Auriemma, from whom she absorbed a great deal of tactics and strategy.

“He was always a coach that paid attention to the X’s and O’s, and I was very detail-oriented myself,” said Raimon, who said Auriemma’s tutelage helped prepare her for her coaching career. “That’s something you kind of learn over the years, being able to kind of see all 10 players (at once).”

Raimon won a national championship with the Huskies in 2000 and embarked the following year on a WNBA career, winning a pair of titles — with the Phoenix Mercury and Detroit Shock — from 2001-09.

She played volleyball instead of basketball during the international offseasons, though, and sought to pursue a professional career after retiring from the WNBA.

“For me, it was just something that was different and refreshing,” she said. “I actually liked beach volleyball better than basketball. I always thought, ‘When I retire, I’m going to do this.’ ”

Raimon moved to California to prepare for her pro career, and played on the AVP Tour from 2010-16. She cultivated a cereberal approach and used it to her advantage against younger competition as she aged.

With an eye toward coaching basketball, she attended multiple Final Fours to reconnect with former coaches and teammates and landed her first position as a volunteer on Ohio State’s staff in 2016-17.

She was hired by the Chicago Sky as a developmental coach and an advance scout for the 2017 season.

Then, before the 2018 season, she asked Laimbeer, for whom she played in Detroit, about a position with the Aces.

“She was very hungry to get an opportunity,” Laimbeer said. “She’ll put all the time in necessary to prepare the team. … I think she just wants to learn and be successful.”