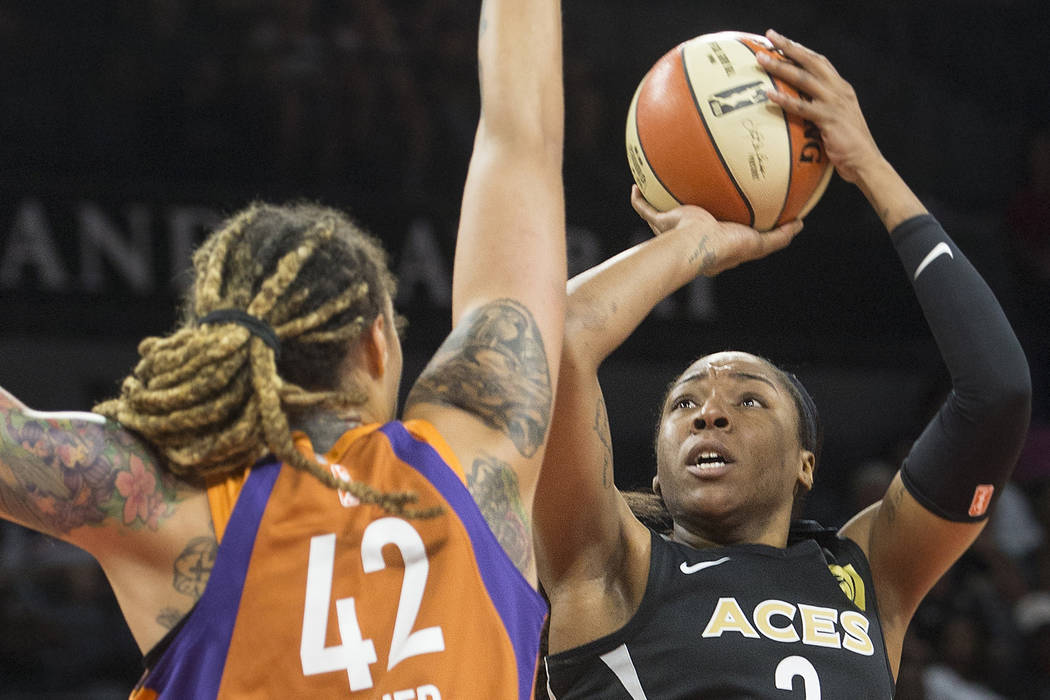 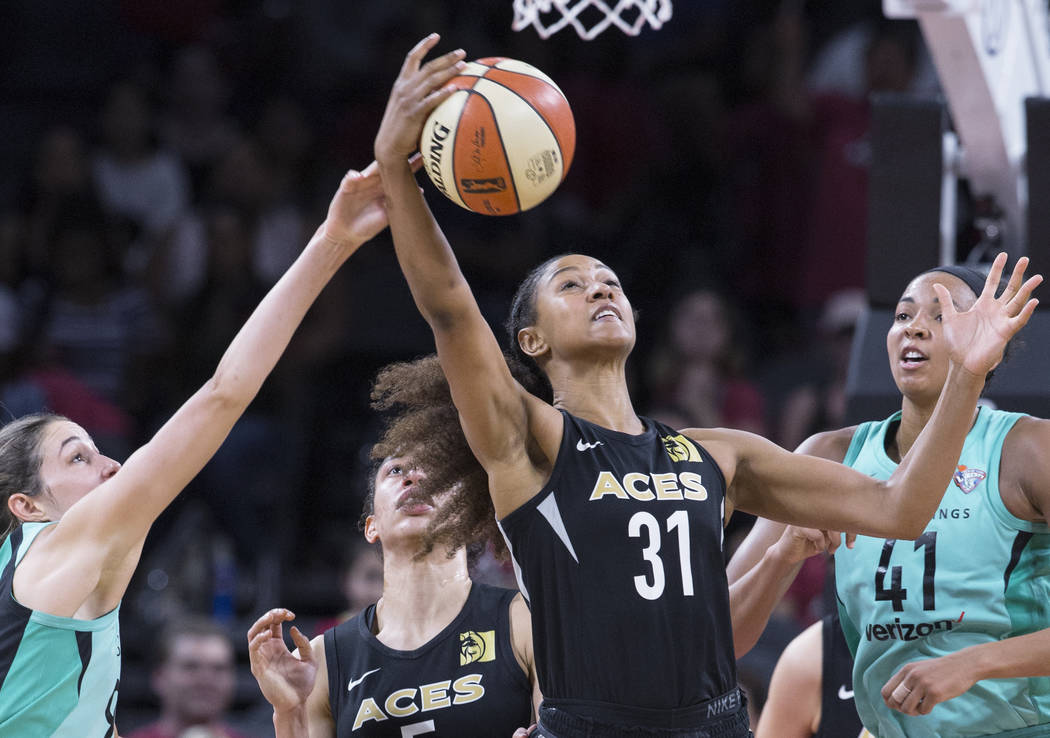 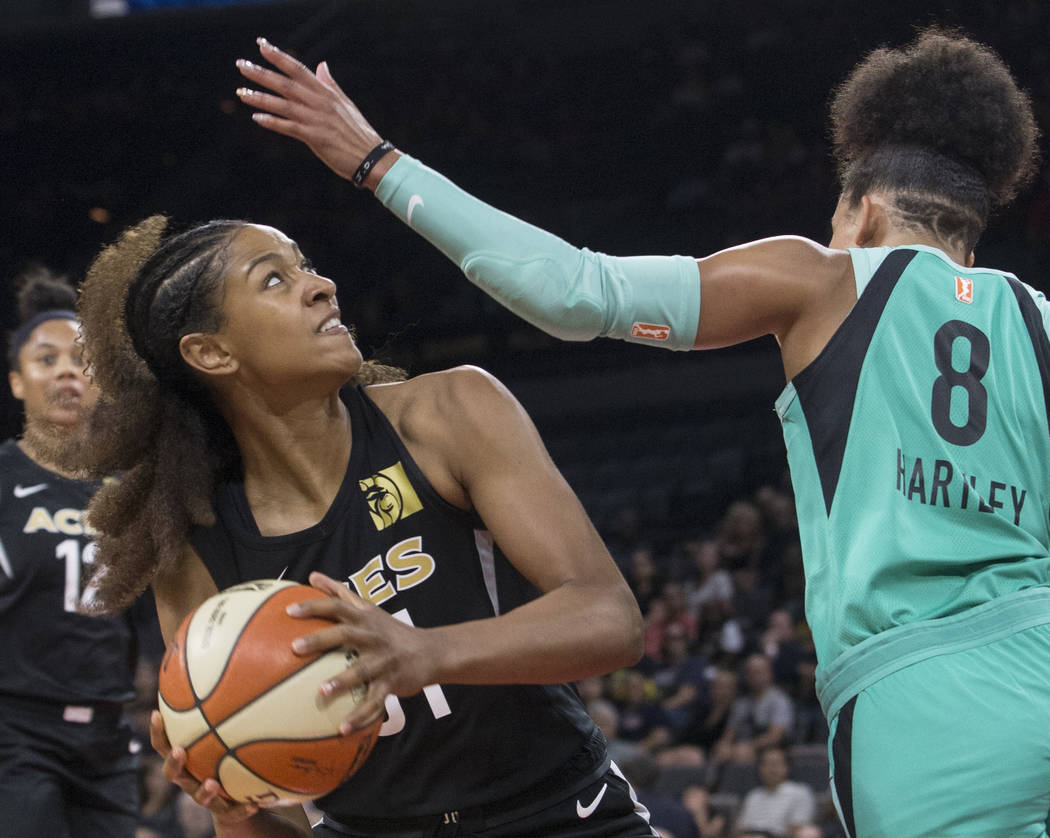 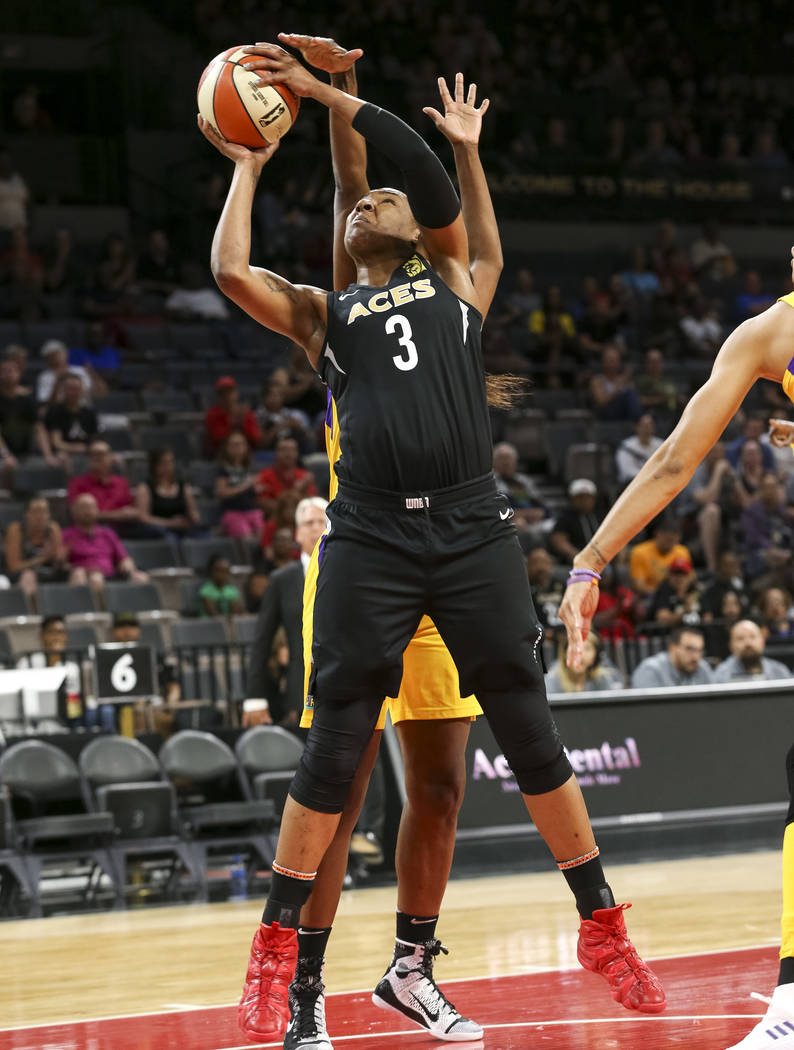 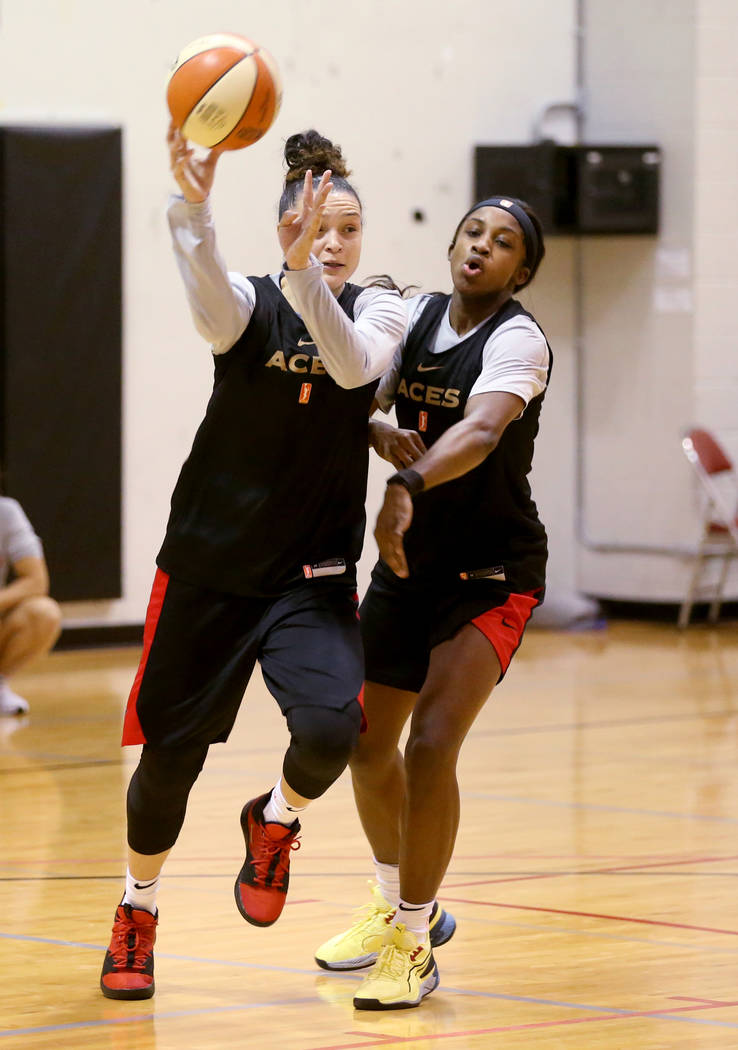 The Aces finalized their roster Thursday for their second season in Las Vegas.

After practicing for the first time this year at Mandalay Bay Events Center, the Aces waived second-year wing Jaime Nared and sixth-year center Kelsey Bone ahead of the 2 p.m. deadline and will break training camp with 11 players, one shy of the WNBA roster limit. They will carry five guards, three forwards and three centers into Sunday’s season opener against the Los Angeles Sparks at Mandalay Bay.

Aces coach Bill Laimbeer said after practice that the team had planned to waive veteran point guard Sydney Colson, but changed course before submitting the roster to the league. Bone, who didn’t attend training camp because of her commitment overseas, had a guaranteed salary for this season and agreed to a buyout to become a free agent.

With the roster finalized, the Aces can turn their attention to the Sparks. And All-Star shooting guard Kayla McBride can’t wait to start playing.

“Our core is tight. That helps a lot, with all the changes that have been happening,” she said. “The biggest thing we’ve talked about in our locker room before we’ve made any changes — added people, cut people — is that we need to keep this core tight. If we’re able to do that, then it doesn’t matter what comes our way.”

The Aces opened training camp May 5 at Cox Pavilion with 17 players and without All-Star center Liz Cambage, who was acquired last week from the Dallas Wings.

A handful of players joined camp late after concluding their seasons abroad, and after the Aces made their final cuts, Laimbeer talked about cohesiveness.

“We’ve got pretty good chemistry. We know each other, and we know our roles,” he said. “Overall, I like what we’ve got.”

The Aces will work out at Mandalay Bay again Friday and Saturday, but McBride said it doesn’t really matter where they practice. But she’s happy to be back in their home arena.

“I missed it for sure. Obviously, it’s much better with fans in it surrounding you,” she said. “But knowing we get to be on this court at Mandalay Bay means the season is coming. I was excited to be out here.”