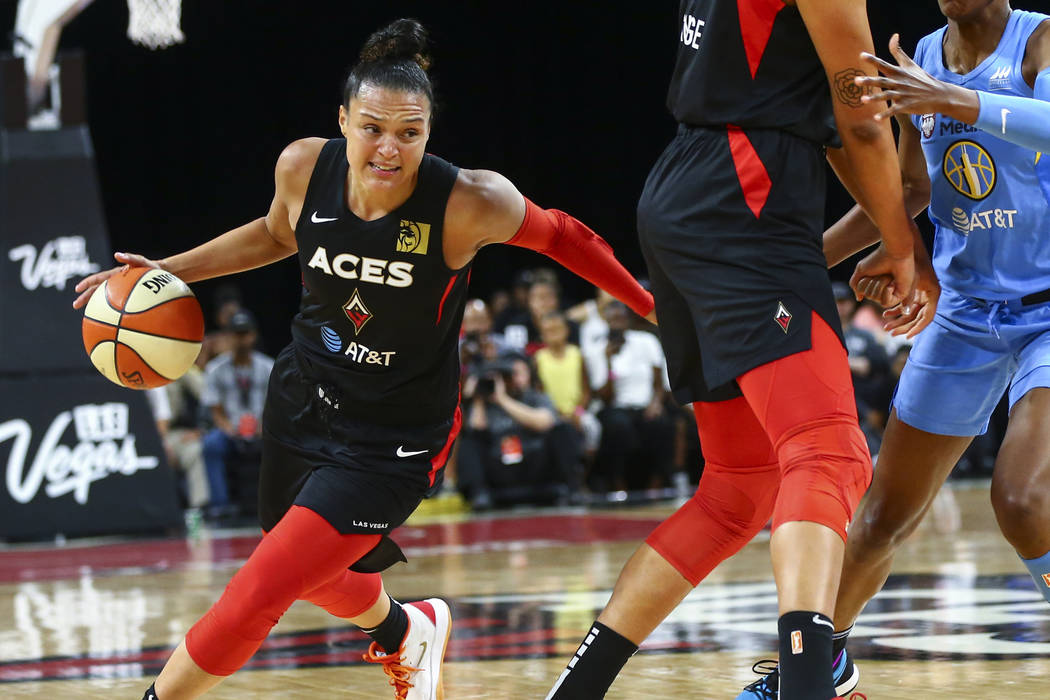 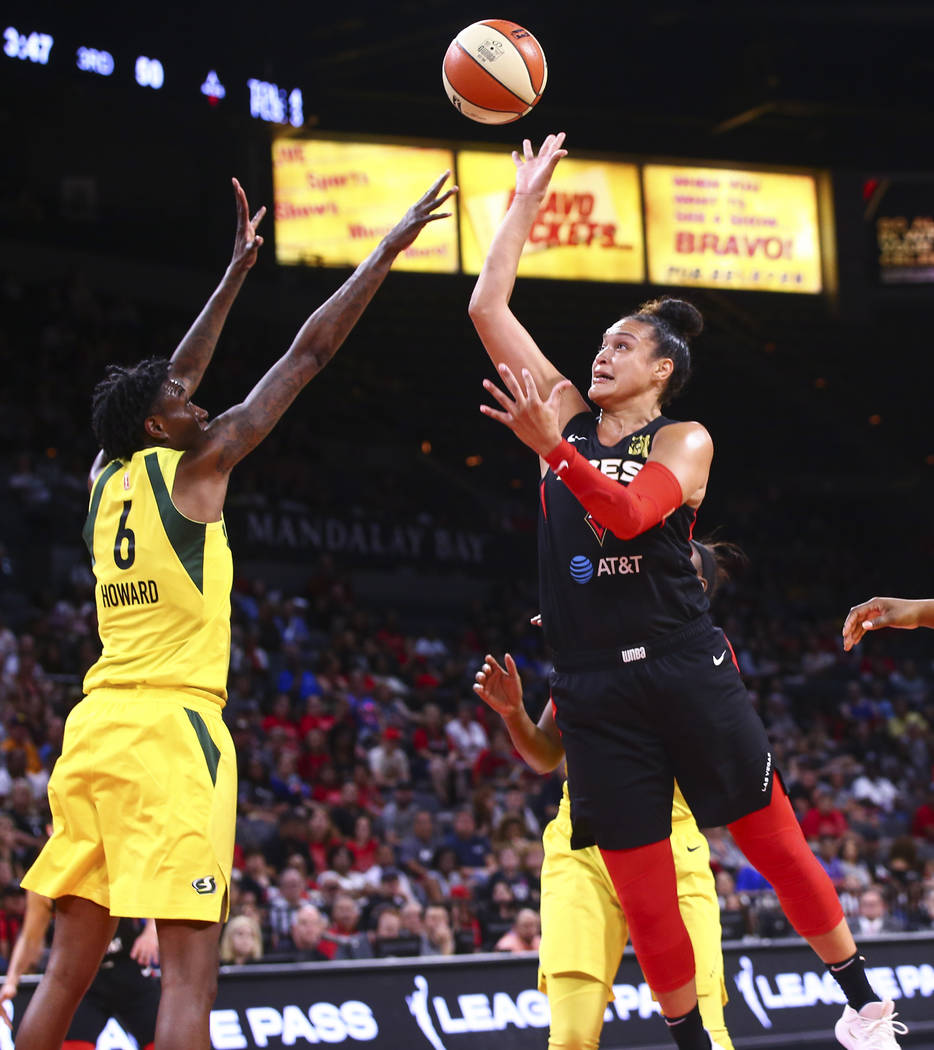 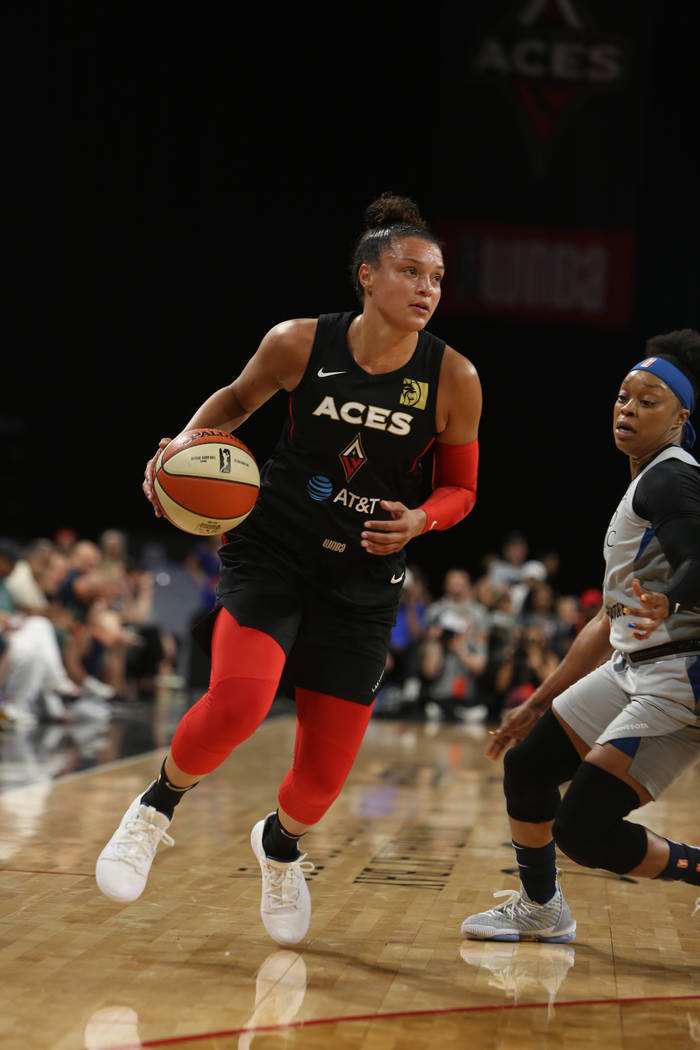 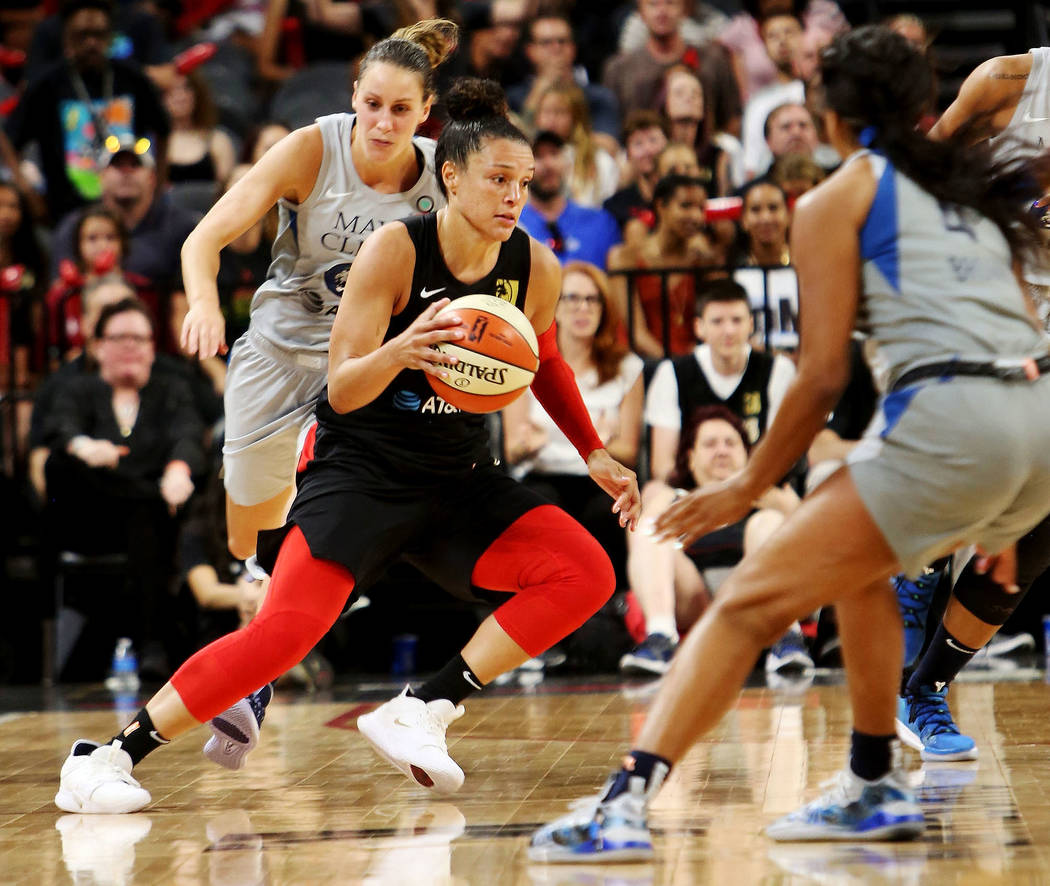 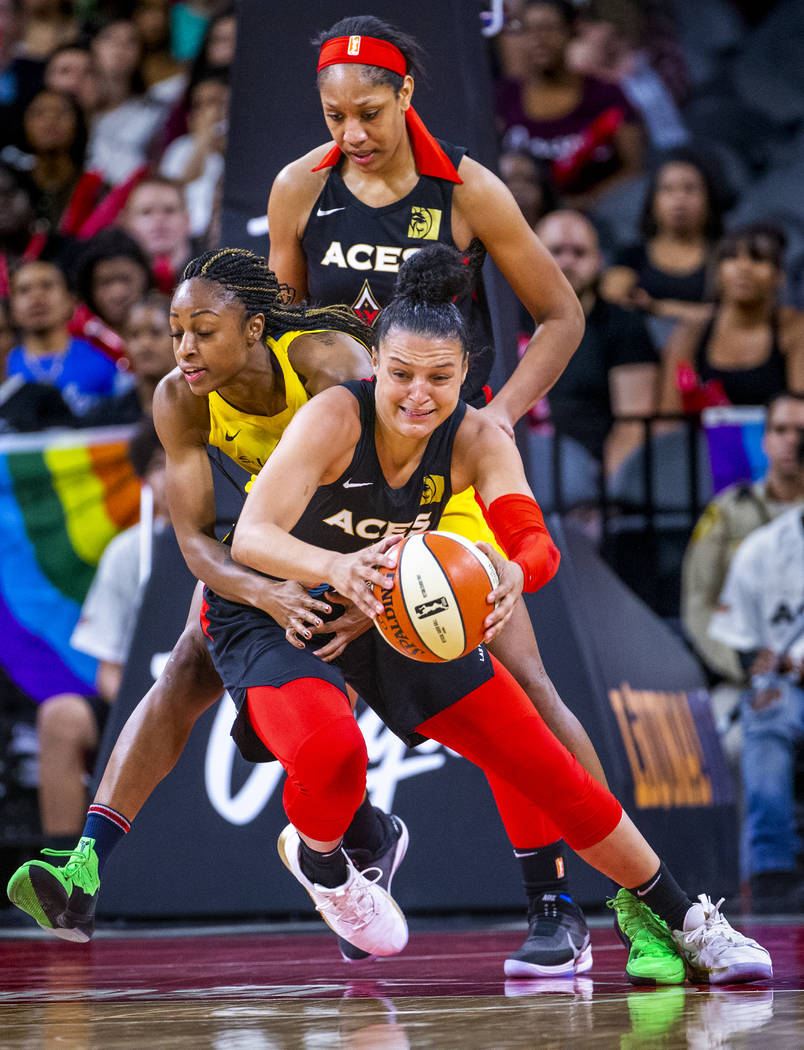 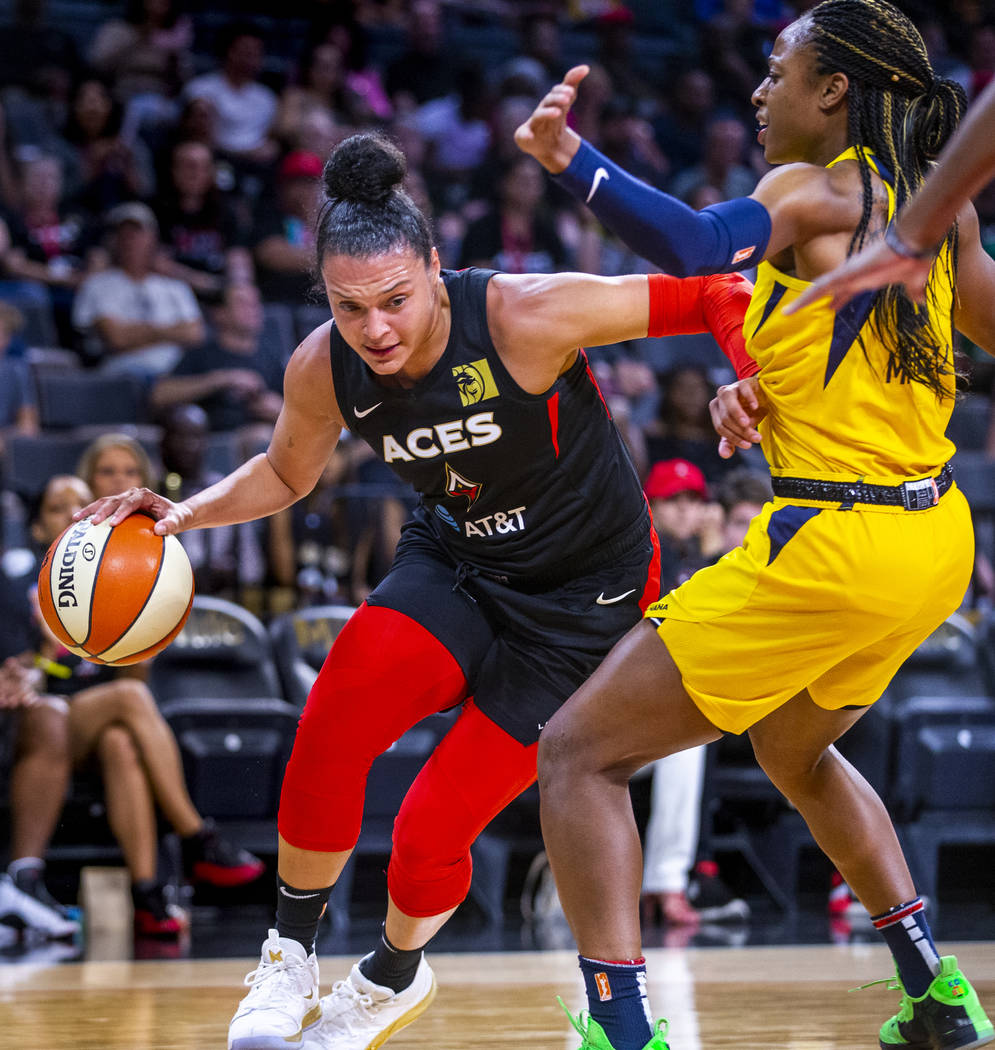 Aces All-Star guard Kayla McBride sinks into a courtside seat after a Thursday practice at Mandalay Bay Events Center and professes her love for her profession. She has traveled the world playing basketball, establishing some of her most meaningful friendships while growing as a woman and player.

McBride, 27 and in her sixth WNBA season, is broaching the peak of her powers, coupling a subtle sense of confidence with an array of skills honed through a lifetime of practice.

The 5-foot-10-inch shooting guard is averaging 15.2 points and shooting a personal-best 47.6 percent this year, including 47.4 percent from 3-point range, which ranks second in the league.

Her third All-Star Game nod serves as additional validation for her standing as one of the world’s best players, a versatile scorer who can snake into the lane and finish around the basket or bury picturesque jumpers from seemingly every spot in the half court.

But the franchise’s 13-6 record after five consecutive losing seasons is far more important to McBride, who will play for Team Wilson in the All-Star Game on Saturday at Mandalay Bay Events Center. She also will compete in the 3-point shooting contest Friday.

“There’s a hope,” Aces coach Bill Laimbeer said. “When she was in San Antonio, there really was no hope. She looks around and her franchise is in last place every year. She was the focal point of everybody’s defense. It had to be very tough for her. Now she’s able to go and have fun and compete at a higher level and win basketball games.”

She was drafted in 2014 by the San Antonio Stars, with whom she lost. A lot — almost diminishing her sense of personal achievement as she evolved into one of the league’s best players.

“It’s very humbling,” McBride said. “When you do lose that much early in your career, it builds character. It can break you, because it can make you focus on things you don’t need to focus on, like scoring, or being an All-Star even if it’s on a (bad team). I had to learn how to win again.”

She battled foot and ankle problems early in her career while the Stars struggled, but found joy competing for titles overseas, developing her skills and turning the lessons of losing into personal gain through arduous preparation.

During the WNBA offseason, McBride helped her Russian club team, UMMC Ekaterinburg, win domestic league and EuroLeague championships while earning All-EuroLeague first-team honors. She returned for training camp and sought to establish a winning culture with the Aces in their second season in Las Vegas after they finished 14-20 last year.

Aces assistant coach Vickie Johnson, who has coached McBride since 2014, said she notices a more patient approach to her game.

“She’s always worked hard,” Johnson said. “She’s a leader. It doesn’t throw her off her game when she speaks to other players and her teammates. Last year, she tried to be that voice, and it kind of threw her out of her game. And now she has that confidence about her, and that’s being a veteran going to another level to her game.”

McBride is at her peak physically, strong and savvy enough to beat defenders to her preferred spots on the floor and skilled enough to execute every shot she takes. She studies several NBA players she admires— namely Damian Lillard, Bradley Beal, Klay Thompson and CJ McCollum — and doesn’t hesitate to incorporate new footwork, ball fakes and movements into her repertoire. This year, she committed herself to improving defensively for the Aces, who lead the WNBA in defensive rating.

“She’s really enjoying playing, not that she didn’t enjoy playing the years previously,” said McBride’s longtime trainer, Breen Weeks. “But she’s just at a point in her career where everything from the injuries to the success, all of those things have allowed her to get to this point and enjoy every single game.”