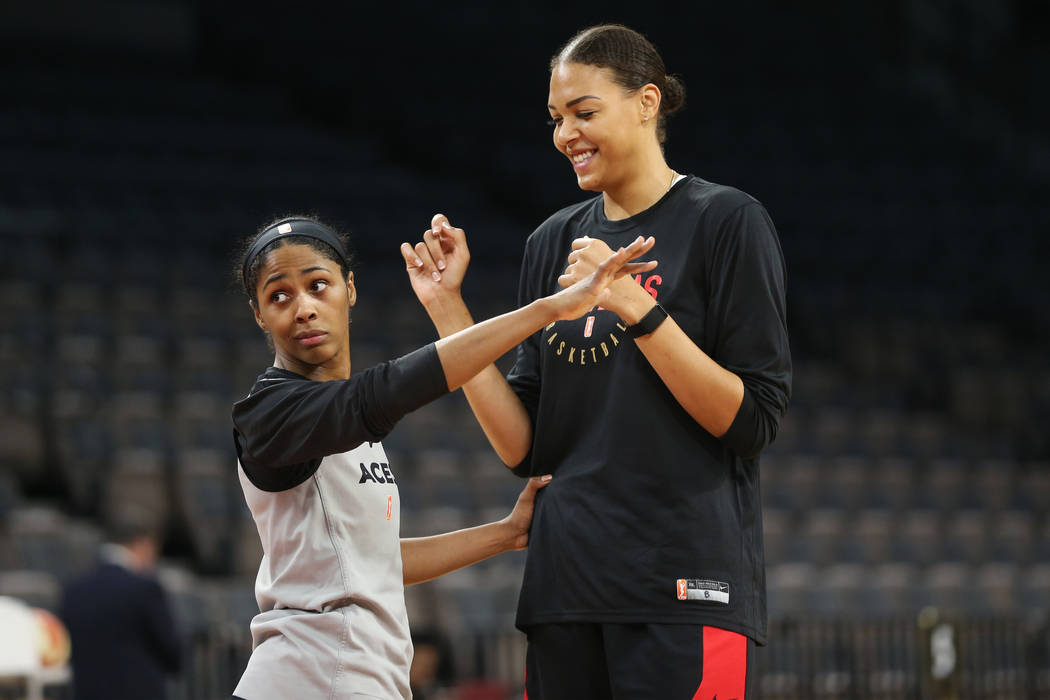 “I was just being silly one day, just saying it one time and started holding it longer. I was really just be annoying,” she said. “I was calling us that in practices because it’s very high school, and we’re a professional team. I just do random stuff. It was something random that started happening.”

Colson began calling the team the “Lady Aces,” and leads it onto the court with a variety of “Lady Aces” chants that typically include a rhythmic clap coupled with an empowering, enthusiastic march. Several recordings of the team’s new ritual have circulated on social media and have helped the Aces build their brand — and identity — as they emerge as one of the top teams in the WNBA.

“It’s something we kind of embrace. We thought it was funny. Everybody else thought it was kind of cool and we just kept it going,” guard Kayla McBride said. “It gives us a little bit of energy before we go out. Sydney is hilarious. … She’s kind of our spark plug. To have that moment with her and to have the team get involved … it’s so funny and we’ve sort of put our on twist on it as well.”

Colson is in her first year with the Aces after signing in May and brings a fun, lighthearted approach to basketball. She’s an aspiring actress who dabbles in comedy, and uses her sociable personality to strengthen the bond with her teammates.

Perhaps it’s reflecting in their play.

They’ve won seven of their last nine games and sport the best record in the Western Conference. They lead the WNBA in several statistical categories, including defensive rating (90.6 points per 100 possessions) and defensive rebound (74.0) and assist percentages (70.4).

“We weren’t expecting it. But it’s always cool when we have an impact on the fan base like that. We have a lot of fun,” forward A’ja Wilson said. “It’s just so effortless (for Colson). That’s what makes it so much fun to be around. She’s the person you always need in the locker room. We’re just grateful to have her on the team.”