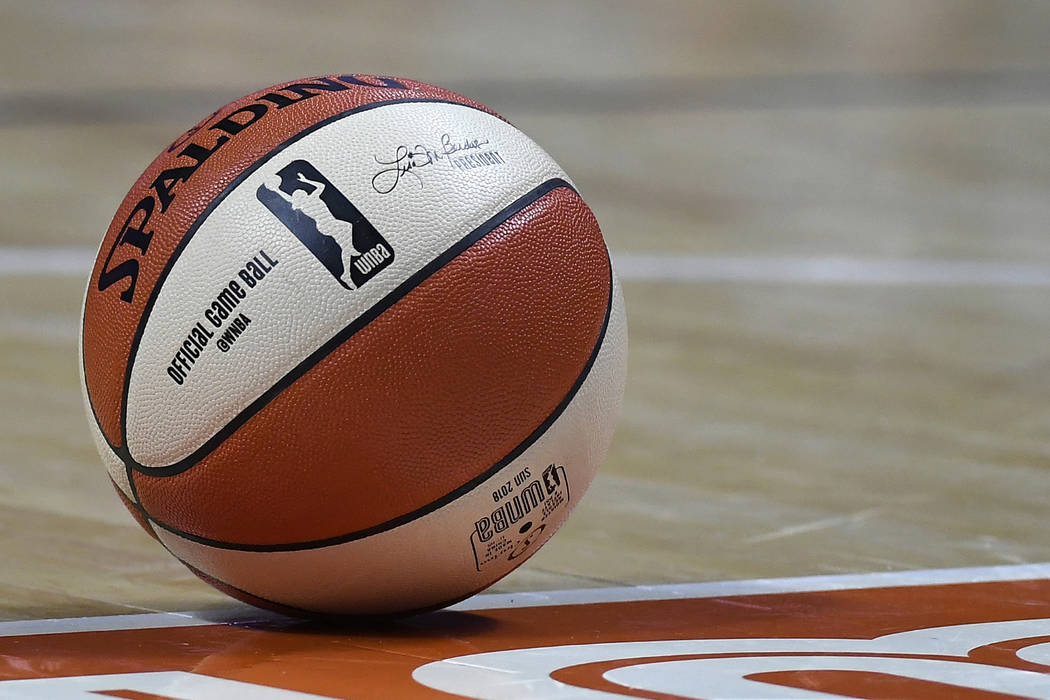 A WNBA basketball rests on the court during a preseason game, Wednesday, May 8, 2018, in Uncasville, Conn. (AP Photo/Jessica Hill)

NEW YORK — The WNBA is extending its partnership with FanDuel for two more seasons.

The league became the first women’s professional sports league to have a deal with one-day fantasy games last year and there were more than 2.2 million entries in WNBA contests.

This agreement also will allow FanDuel to stream select WNBA contests in the future and incorporate game highlights throughout its platform.

“They were a terrific partner in the inaugural year last year. WNBA games on FanDuel were extraordinary by every measure,” WNBA President Lisa Borders told The Associated Press on Thursday. “The opportunity to stream on their platform is a new one. They are building out the capabilities as we speak. We’d be one of the first, if not the first to stream live on the FanDuel platform.”

The #WNBA is back… which means #WNBAFantasy is back, too.@FanDuel tips off the season with 8 Free to Play contests Friday-Sunday!

The WNBA and FanDuel are offering a free contest Sunday, when all 12 teams are playing, where the eventual prize includes a trip to Las Vegas to see the NBA summer league in action as well as a game with the Aces.

“We’re making FanDuel more fun for more people, including both new and current WNBA fans, and the astounding growth we’ve enjoyed is a direct result of that,” FanDuel CEO Matt King wrote in an email.

“In just three months of 2017 we had over 56,000 people play in a DraftKings WNBA fantasy game,” said Mark Nerenberg, the DraftKings vice president of game operations and development. “We are excited to announce a new fantasy game style called Showdown for the 2018 season that offers an easier draft experience and allows fans to play for a single game slate.”

“We have seen tremendous enthusiasm from our customers for this product across other sports, especially NBA and expect it to perform equally as well for WNBA,” Nerenberg said.