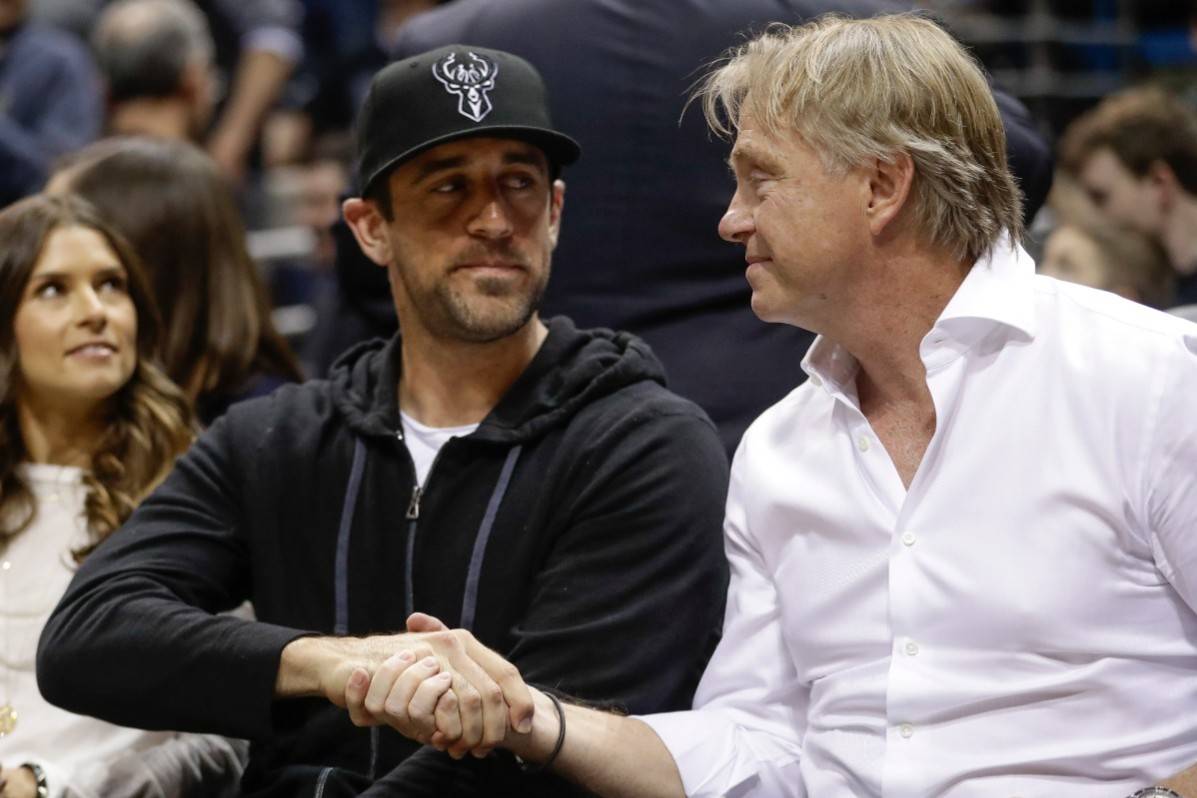 Milwaukee Bucks owner Wes Edens and Green Bay Packers' Aaron Rodgers watch during the first half of Game 3 of an NBA basketball first-round playoff series between the Milwaukee Bucks and the Boston Celtics Friday, April 20, 2018, in Milwaukee. (AP Photo/Morry Gash) 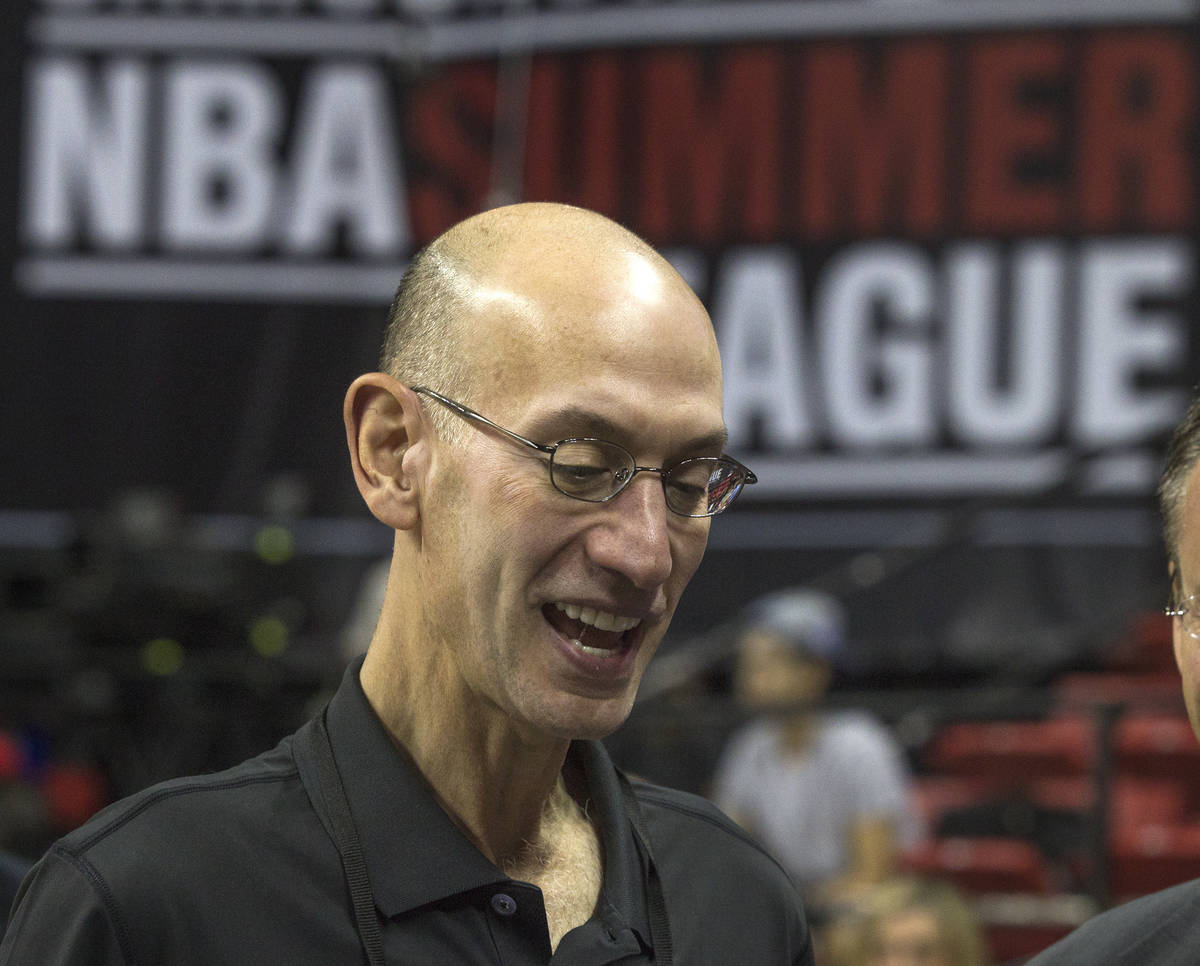 While he was in town for the NBA Summer League, commissioner Adam Silver floated the idea of playing a mid-season tournament in Las Vegas. “This would be a terrific neutral-site location,” he said. (Jeff Scheid/Las Vegas Review-Journal) 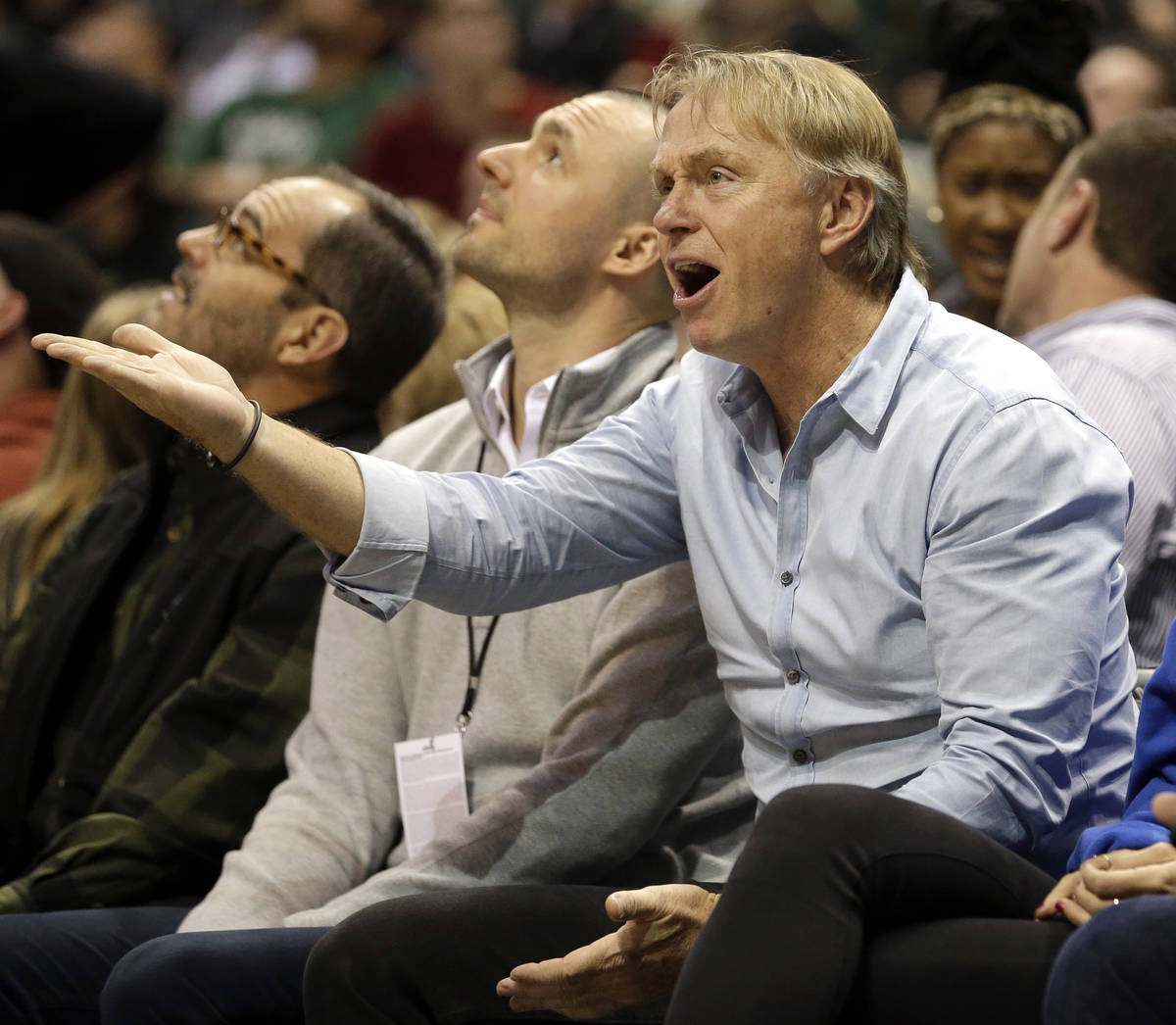 Milwaukee Bucks co-owner Wes Edens reacts to a call during the second half of an NBA basketball game against the Memphis Grizzlies Monday, Nov. 13, 2017, in Milwaukee. (AP Photo/Aaron Gash) 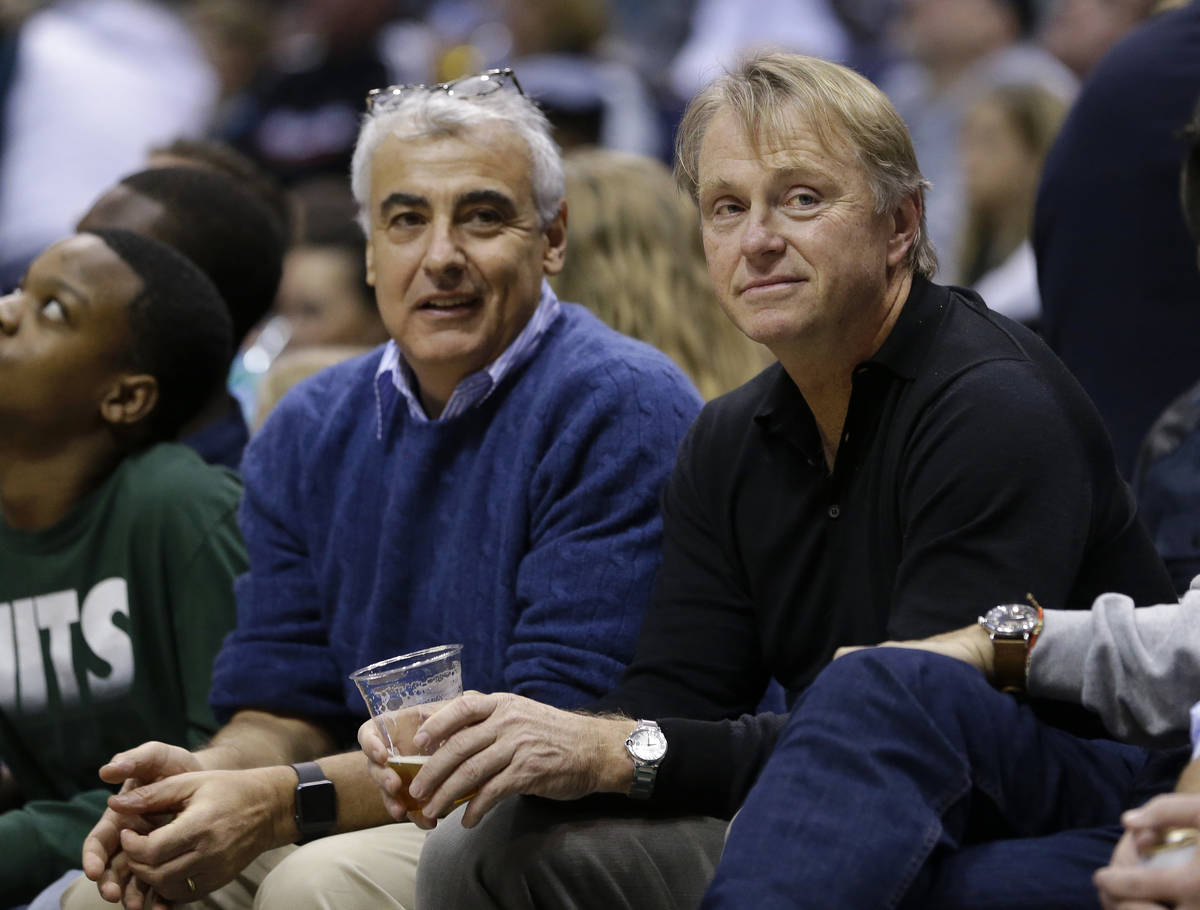 With the NBA Finals opening Wednesday to culminate the league’s long, strange trip of a season, a question remains: Could that trip one day include Las Vegas?

The NBA has long associated itself with Las Vegas, hosting exhibition games, the 2007 NBA All-Star Game, Team USA minicamps, the NBA Summer League and even regular-season Utah Jazz games in Sin City. During one of those games in the 1984 season, Los Angeles Lakers great Kareem Abdul-Jabbar made the basket that set the NBA’s all-time scoring record.

“I think that the success of the NHL team, in particular, and now what I think is going to happen with the Raiders, answers the questions once and for all of can a professional international sports franchise can be successful in Las Vegas: The answer is absolutely,” Edens told the Las Vegas Review-Journal. “Las Vegas is one of the markets in the United States that would be very attractive for a team that was looking to relocate or if the NBA decided to increase the size of the league.”

Although not aware of an immediate plan for a relocation of a franchise or NBA expansion, Edens believes it will eventually occur.

One team that can be counted out is Edens’ Bucks, as they are more than content with Milwaukee and their $524 million Fiserv Forum arena, which opened in 2018.

Before Milwaukee officials and the Bucks struck a funding agreement to build the arena, the NBA threatened to buy the franchise and sell it to one of two ownership groups, one in Las Vegas and the other Seattle, citing the aging BMO Harris Bradley Center where the Bucks played between 1988 and 2018.

“I’m the co-owner of the Bucks and we love being in Milwaukee,” Edens said. “If we had been forced to move the team, which we had not, Las Vegas was definitely one of the places that was on the list that we would have seriously considered.”

Former MGM Resorts CEO Jim Murren has been teasing the idea of an NBA team in Las Vegas for years, and T-Mobile Arena was built with housing both an NHL team and an NBA team in mind. Indeed, the 20,000-seat arena was constructed with separate locker rooms for both sports.

“To me it’s a question of when, not if, there will be an NBA team in that arena,” Edens said. “It’s just such a tremendous market. The success of the other teams really bodes well for what could be a potential success of an NBA team.”