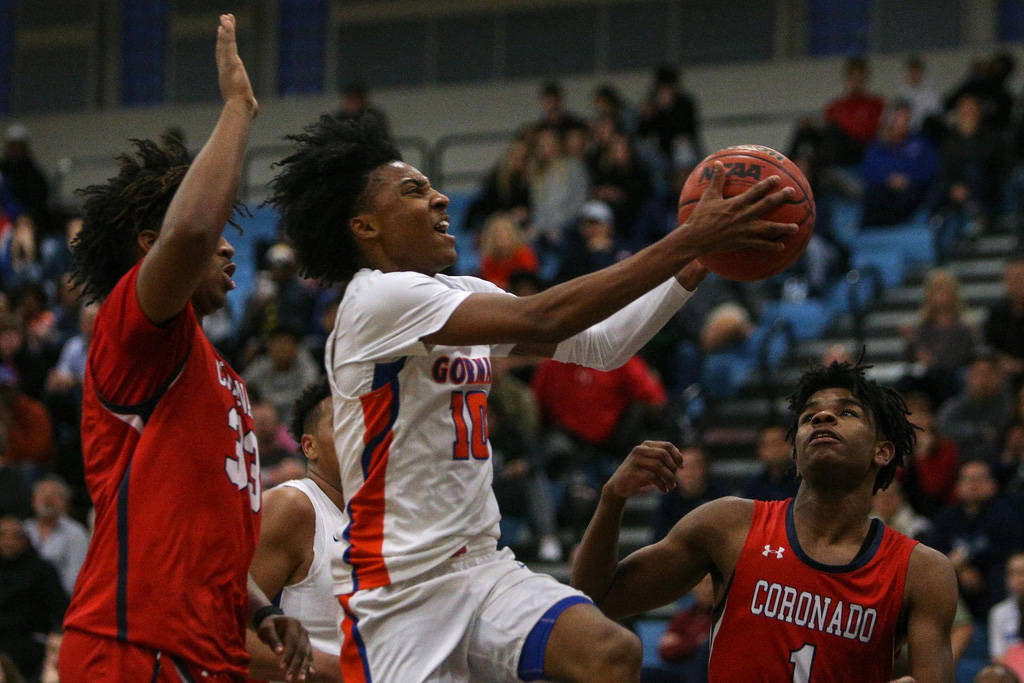 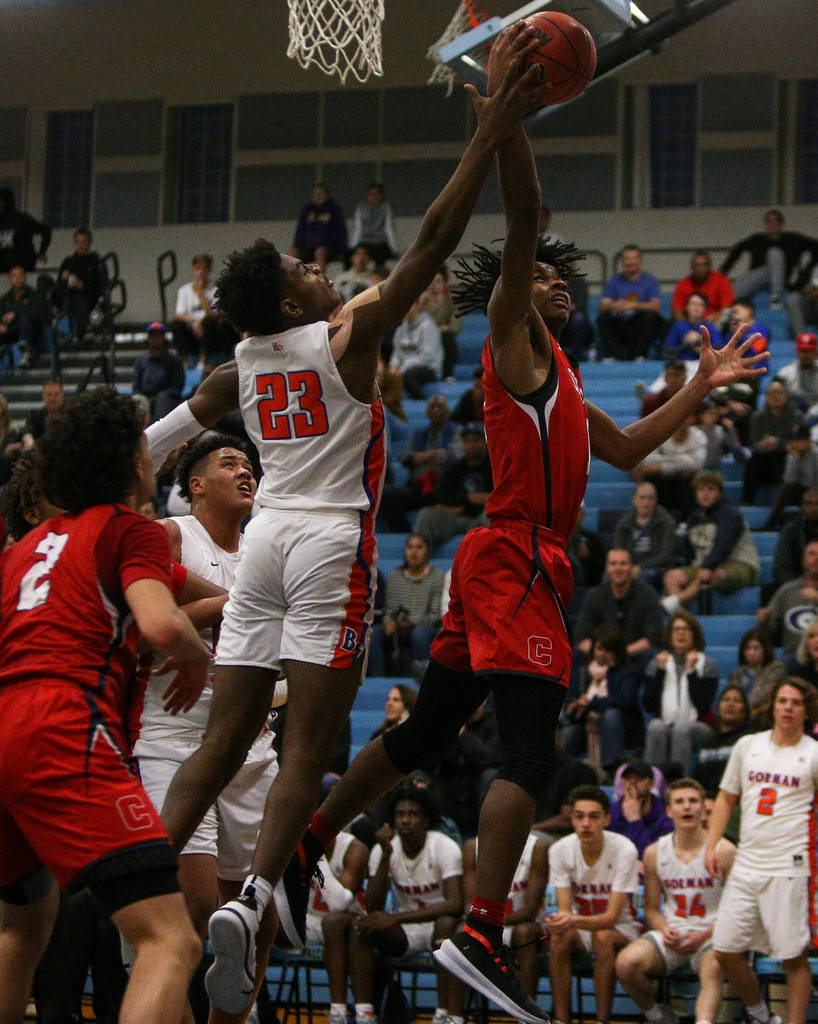 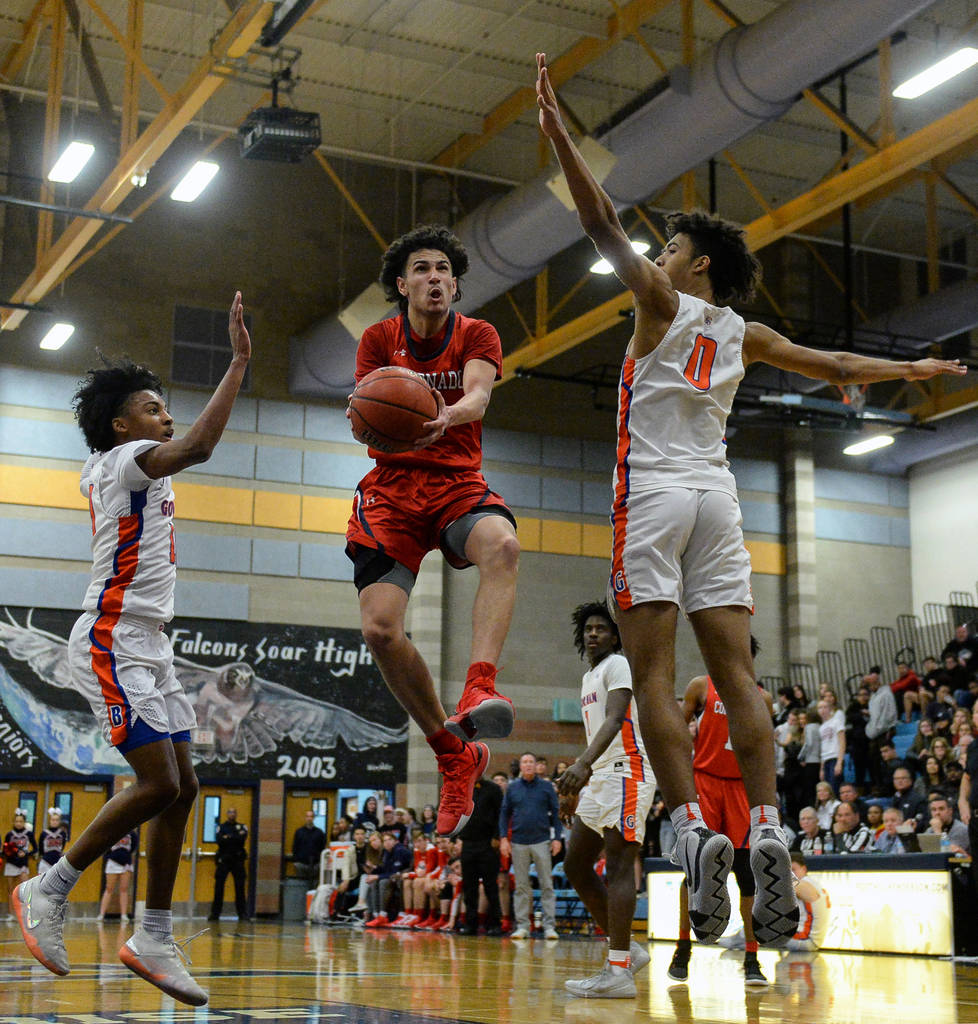 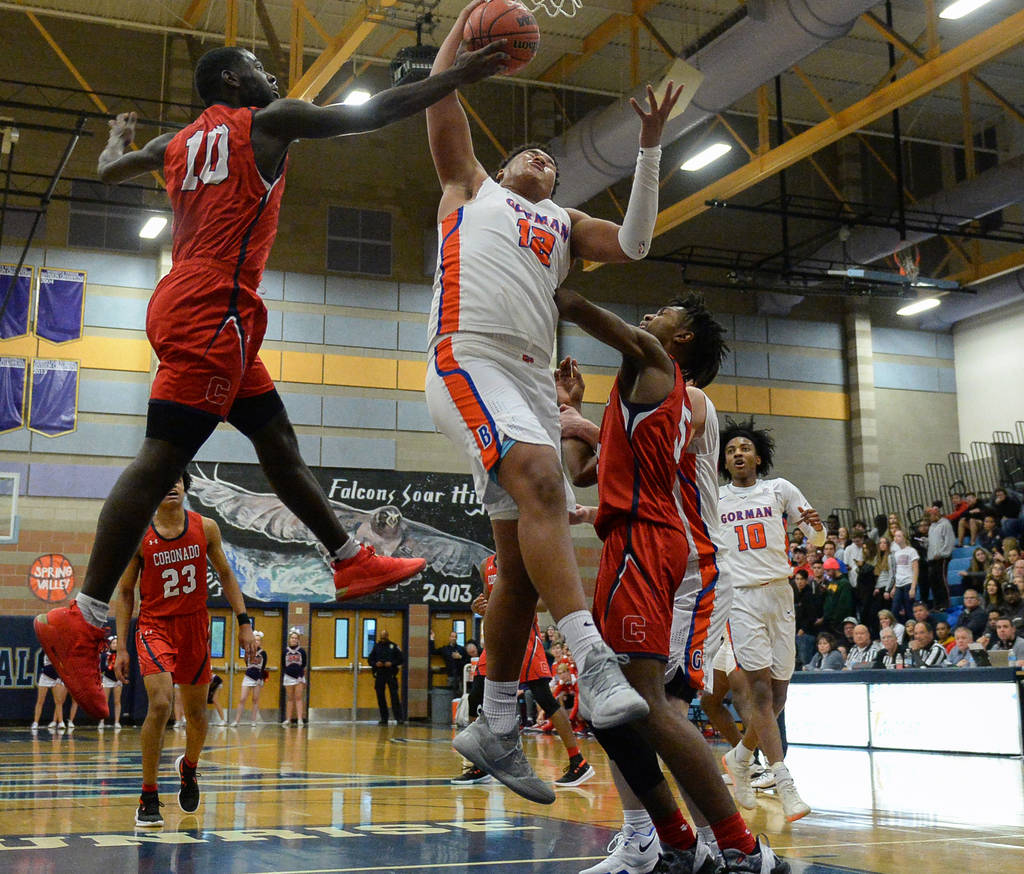 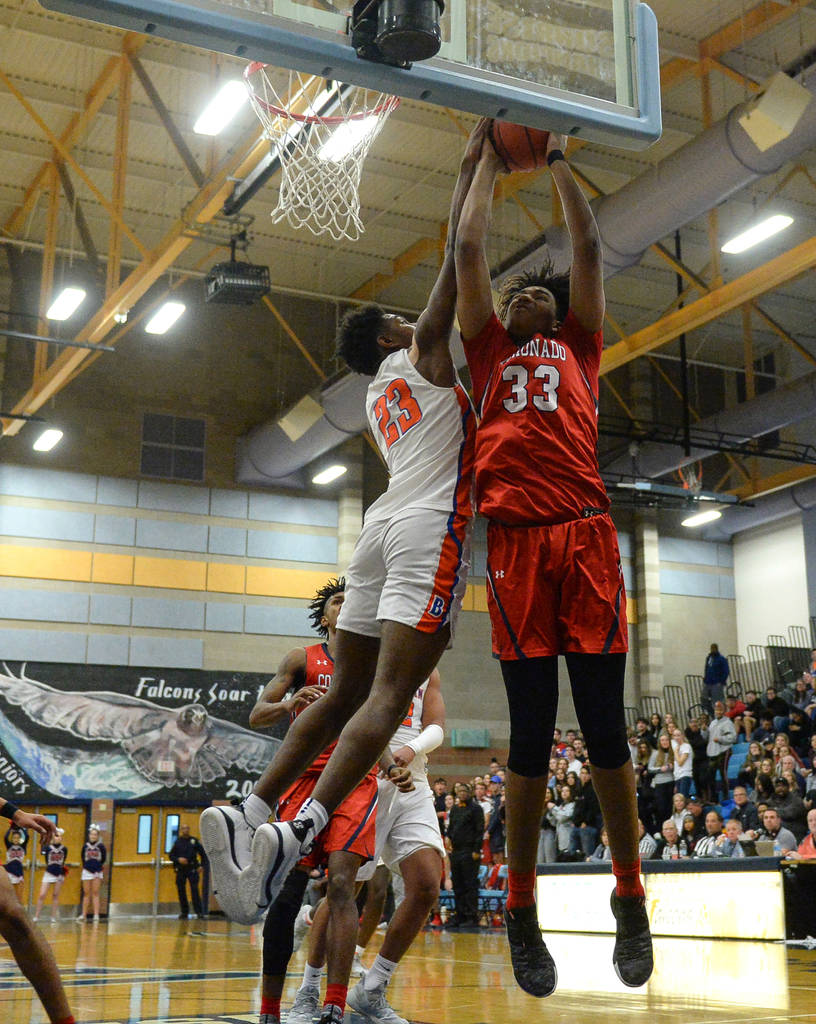 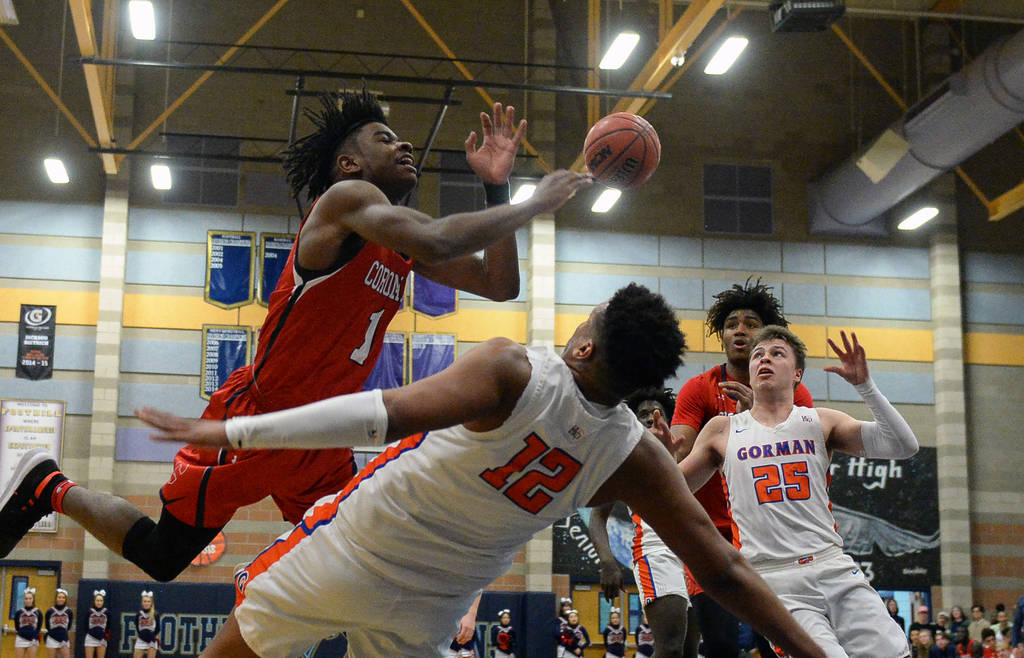 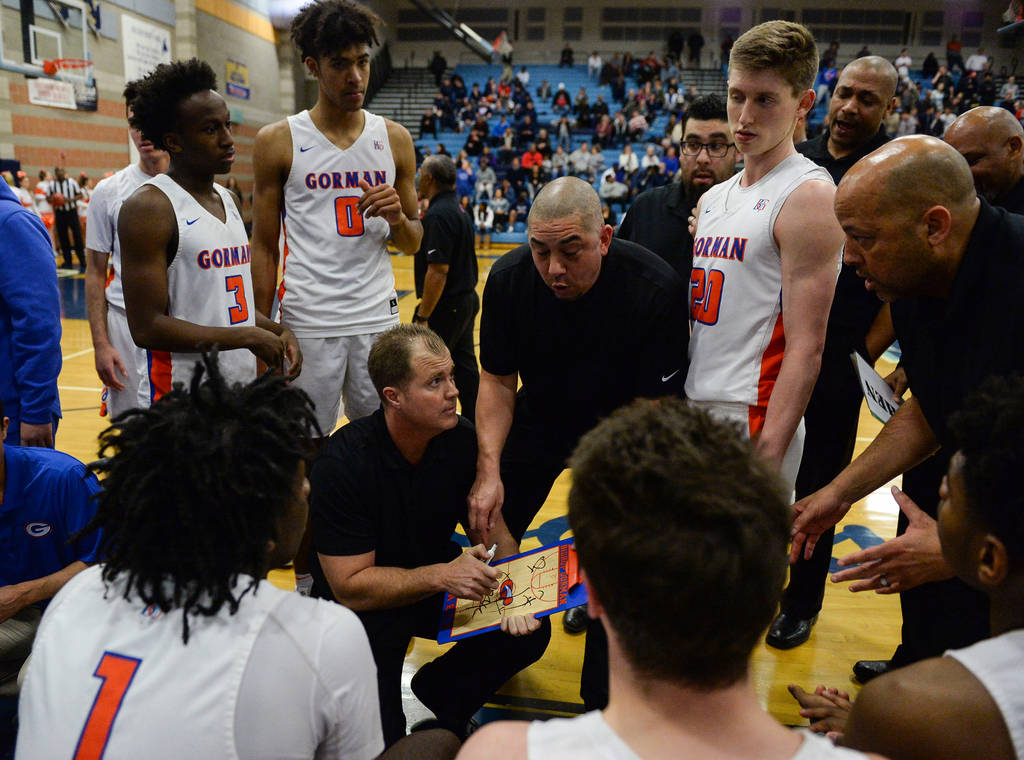 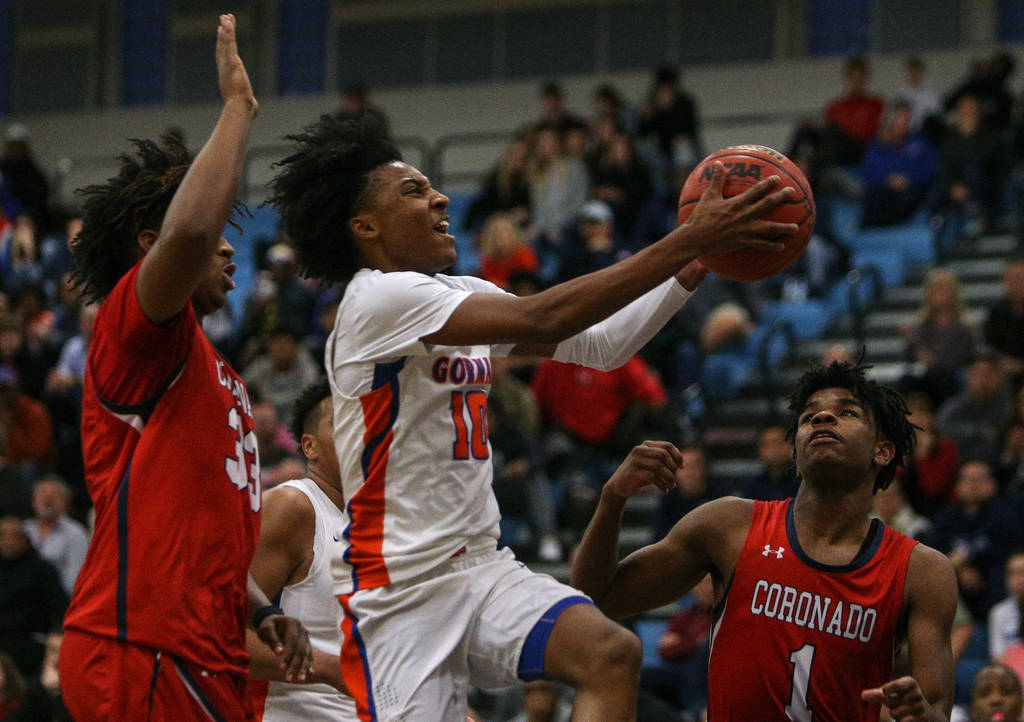 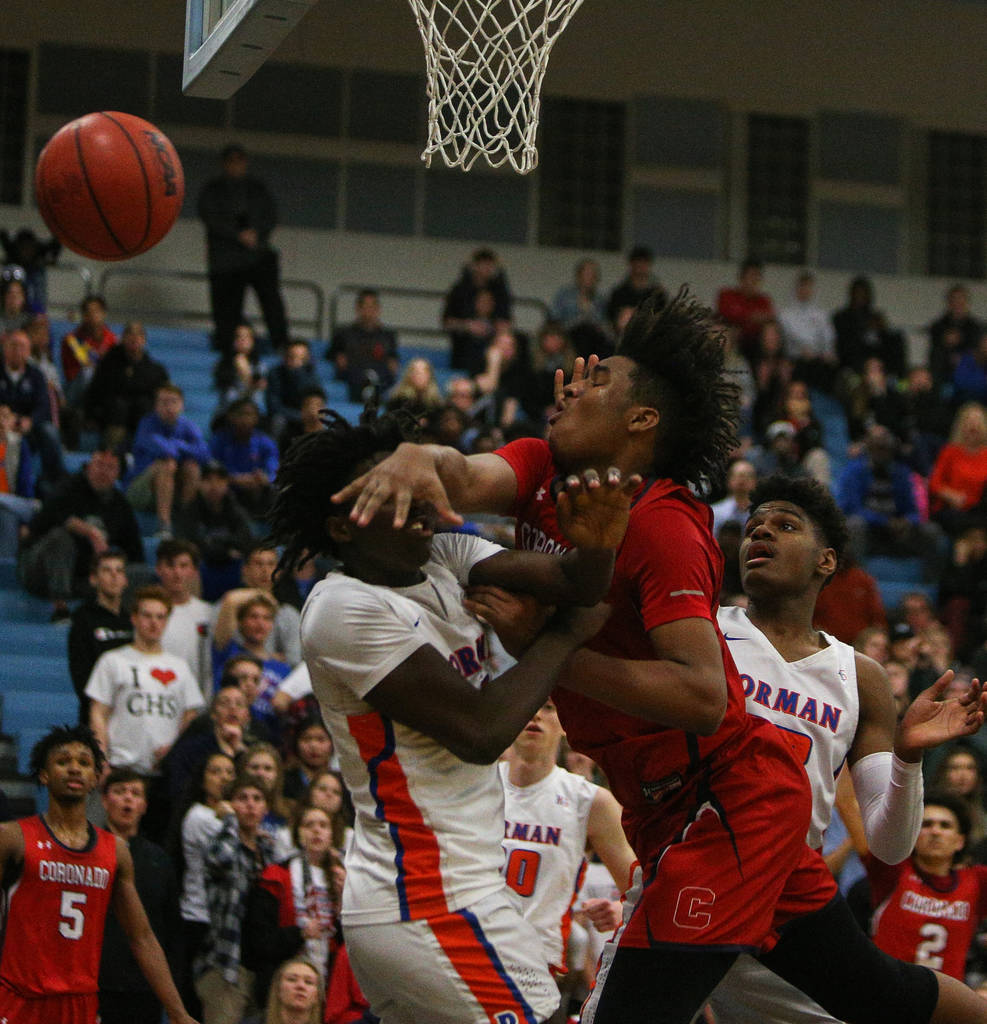 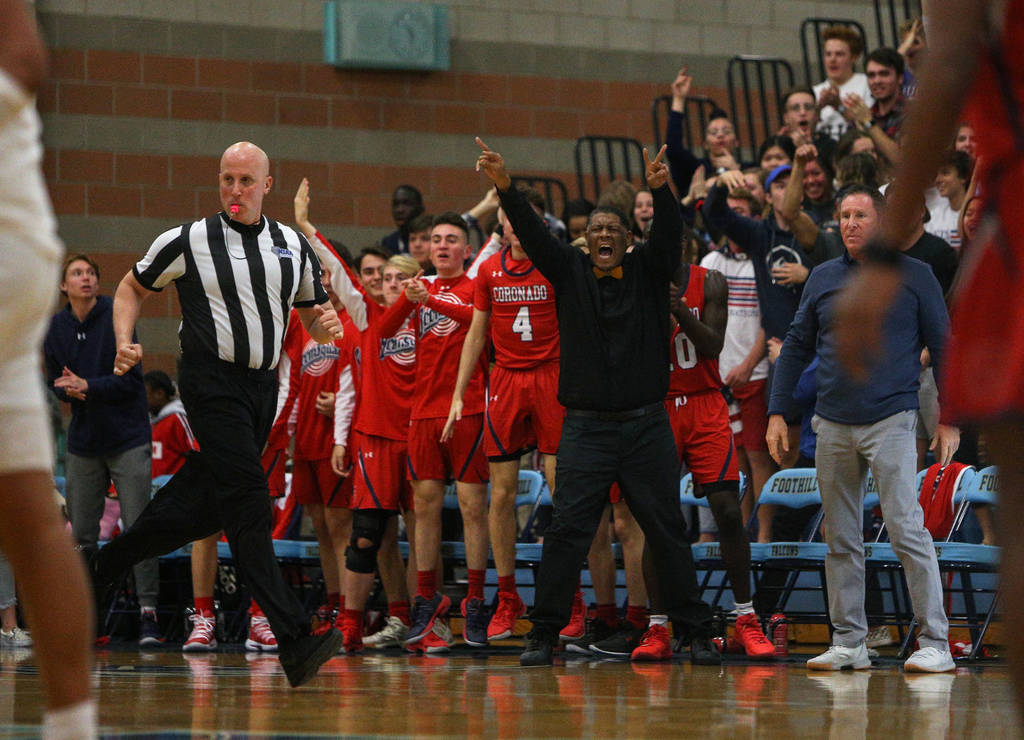 Noah Taitz loves to have the ball in pressure situations.

Taitz drilled a 3-pointer with about three seconds to play to give the Gaels a 70-67 win over Coronado in the Class 4A Desert Region basketball semifinals at Foothill.

“I wanted it bad,” Taitz said. “I like taking those shots, so anytime I can get one, I’m going to try to get the ball.”

Gorman (24-4) plays Clark (23-4) for the Desert Region title at 7 p.m. on Thursday at Foothill. Both teams advance to next week’s state tournament.

Coronado tied the game at 67 on a tough 17-foot jumper by Tyrell Hunt with 32 seconds to play.

“I thought our defense was really good on that, but he hit a huge shot,” Gorman coach Grant Rice said. “But Tyrell, he’s made a lot of those. He’s one of the better midrange shooters I’ve seen in high school.”

Gorman spread the floor and got the ball to Taitz on the left wing. He started his move with about five seconds left, pulled up and drained the go-ahead 3-pointer.

“Noah wanted the ball,” Rice said. “He’s been up and down this year with some injuries, but I could tell he was feeling it today.”

Taitz was 4-for-4 shooting and scored nine of his team-high 18 points in the fourth quarter.

“He didn’t force any shots,” Rice said. “He made all the right plays.”

But Zaon Collins hit a pull-up 3-pointer from the top of the key to cut the lead to four and start the Gorman comeback.

“It was getting scary there for a minute, but that’s when you have to stay the most mentally tough and stay in the game and keep competing,” Taitz said.

Hunt had 18 points and 11 rebounds to pace the Cougars. Hardy added 16 points, but attempted only four shots after the first quarter. Richard Isaacs added 15 points and six assists for Coronado.

“They’re so dynamic, and Coronado played so well,” Rice said. “They didn’t deserve to lose that game.”