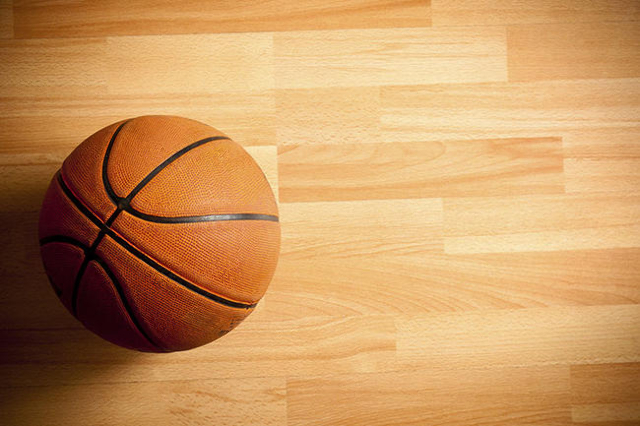 An official orange ball on a hardwood basketball court

RENO — Of the myriad ways White Pine’s girls basketball team could win a game, doing it at the free-throw line was the least likely.

Yet, it was the Bobcats’ foul shooting that made the difference Saturday.

Ashlyn Huntington buried the go-ahead free throws with 9.5 seconds remaining, and White Pine held on for a 44-43 victory over Incline in a back-and-forth Division III state title game at UNR’s Lawlor Events Center.

“We’ve been working so hard on free throws,” Huntington said. “Our percentage was never good during the season, but we worked so hard on it in practice, and we showed it during this game. It paid off, all the practice.”

Huntington finished with 15 points, seven rebounds and three blocked shots, and fellow senior Debra Kingston had a team-high 20 points and 11 rebounds as the Bobcats (26-6) claimed their second consecutive state title.

White Pine entered the game shooting 53 percent as a team from the foul line but went 10-for-13 against Incline (20-6) and made four straight in the final 1:23.

“With four seniors on the court and four seniors who’ve been here before, I had a feeling they weren’t going to let us go down today without one heck of a battle. They really came through,” White Pine coach Krystal Smith said. “Knocking down free throws at the end of the game — something we’ve struggled with for a lot of the season — to be clutch from the line today was impressive.”

Huntington made a 3-pointer with 44 seconds left to give the Bobcats a 42-40 advantage before Incline’s Taylor Redfern was fouled on a 3-point attempt with 16.7 seconds and made all three free throws to put Incline up, 43-42.

After a timeout, Huntington was fouled driving to the basket, and the 60 percent free-throw shooter made both for a one-point White Pine lead.

On the final possession, the Bobcats swarmed Redfern near the 3-point line and forced her to pass to Briana Barraza along the baseline. Barraza’s reverse layup didn’t fall, and Britney Kingston corralled the rebound as time expired.

“When (Smith) took me out for a break and then I got back in, I knew that I needed to step up and give it my all for the last couple minutes,” Huntington said. “I had a feeling we’d pull through. We’ve played some close games, and we know how to finish games.”

Redfern led Incline with a game-high 24 points, but the freshman needed 27 shots to do so. Kira Porter was limited to eight points, 13 rebounds and four blocked shots, as she was outplayed down low by Debra Kingston.

Debra Kingston had 14 points and four rebounds in the first half and helped hold Porter, who signed with Howard University for volleyball, scoreless as White Pine led 20-17 at halftime.

“I could see the gleam in her eye when we got on the bus. She was coming to work today to do business,” Smith said of Debra Kingston. “It’s tough going against Porter every time down the floor, but I thought she really held her composure and she was a true anchor for our team.”