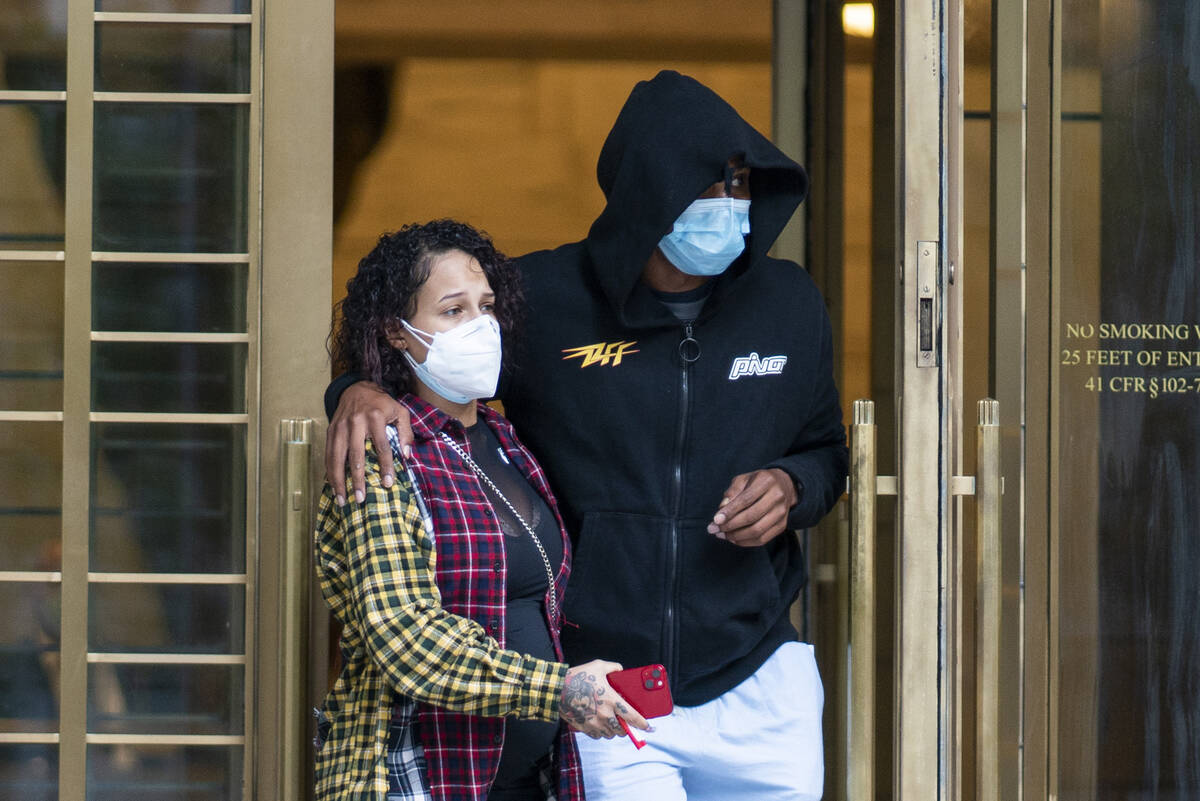 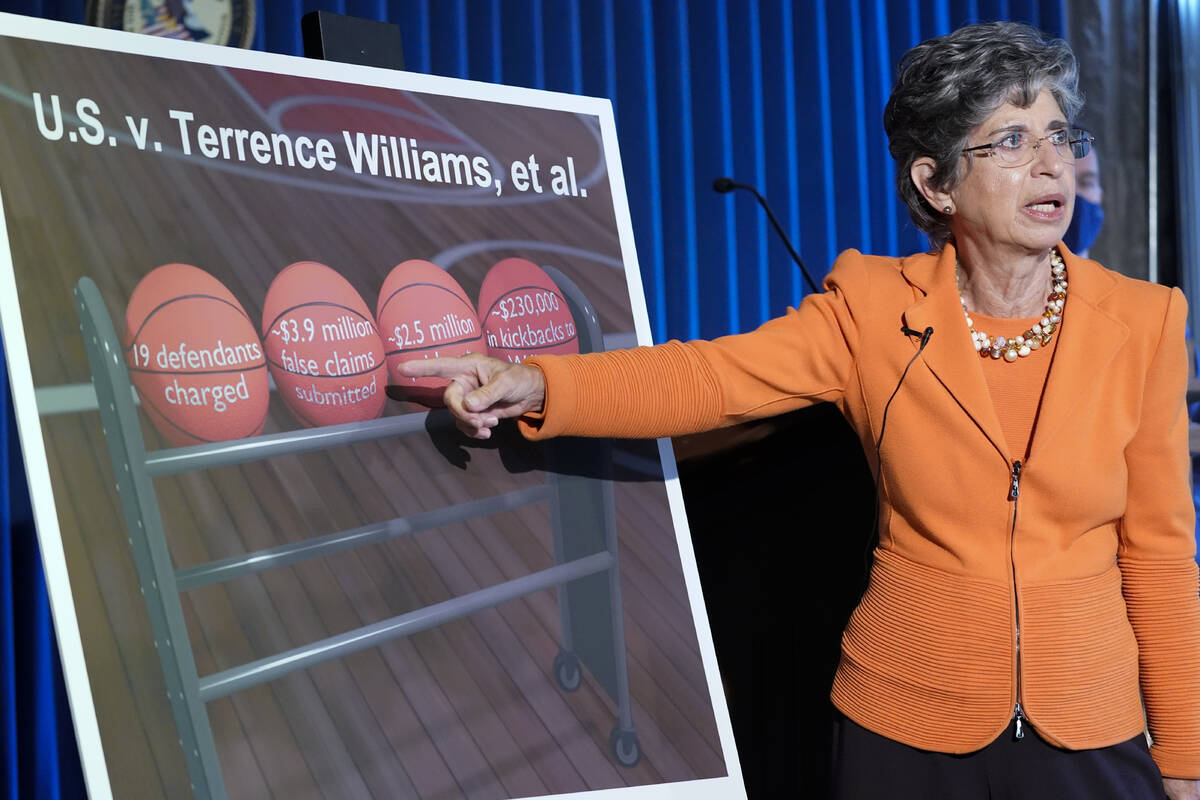 United States Attorney for the Southern District of New York Audrey Strauss speaks during a news conference, Thursday, Oct. 7, 2021, in New York. Eighteen former NBA players have been charged with defrauding the league’s health and welfare benefit plan out of about $4 million, according to an indictment Thursday in New York. According to the indictment, the scheme developed after Terrence Williams — who began his career as a first-round NBA draft pick in 2009 — submitted $19,000 in fraudulent claims to the plan in November 2017 for chiropractic care. The claims led to a $7,672 payout for Williams. (AP Photo/Mary Altaffer) 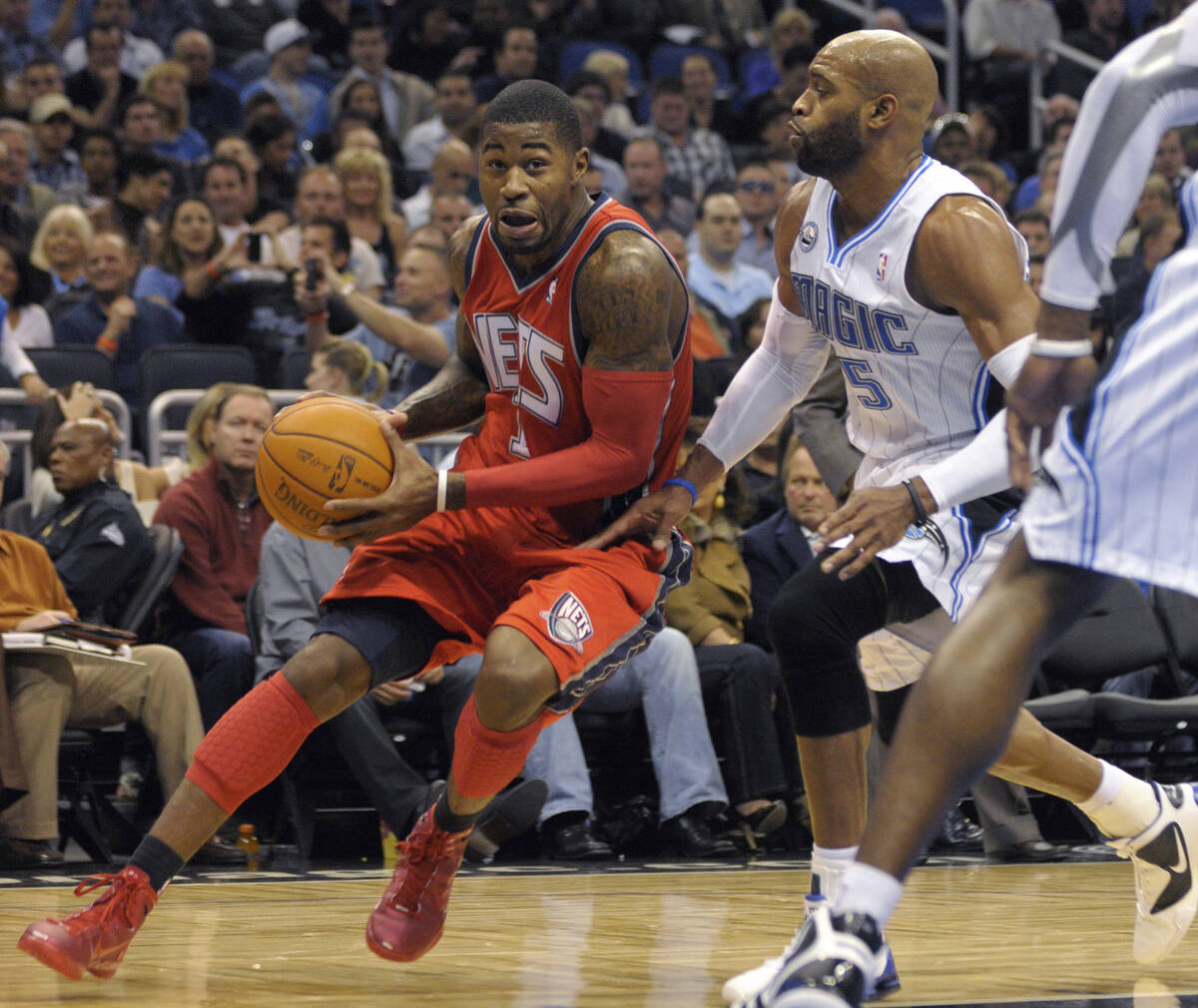 FILE - New Jersey Nets guard Terrence Williams, left, drives past Orlando Magic guard Vince Carter during the first half of an NBA basketball game in Orlando, Fla., in this Friday, Nov. 5, 2010, file photo. Eighteen former NBA players, including Williams, have been arrested on charges alleging they defrauded the league's health and welfare benefit plan out of about $4 million, according to an indictment Thursday, Oct. 7, 2021. (AP Photo/Phelan M. Ebenhack, File) 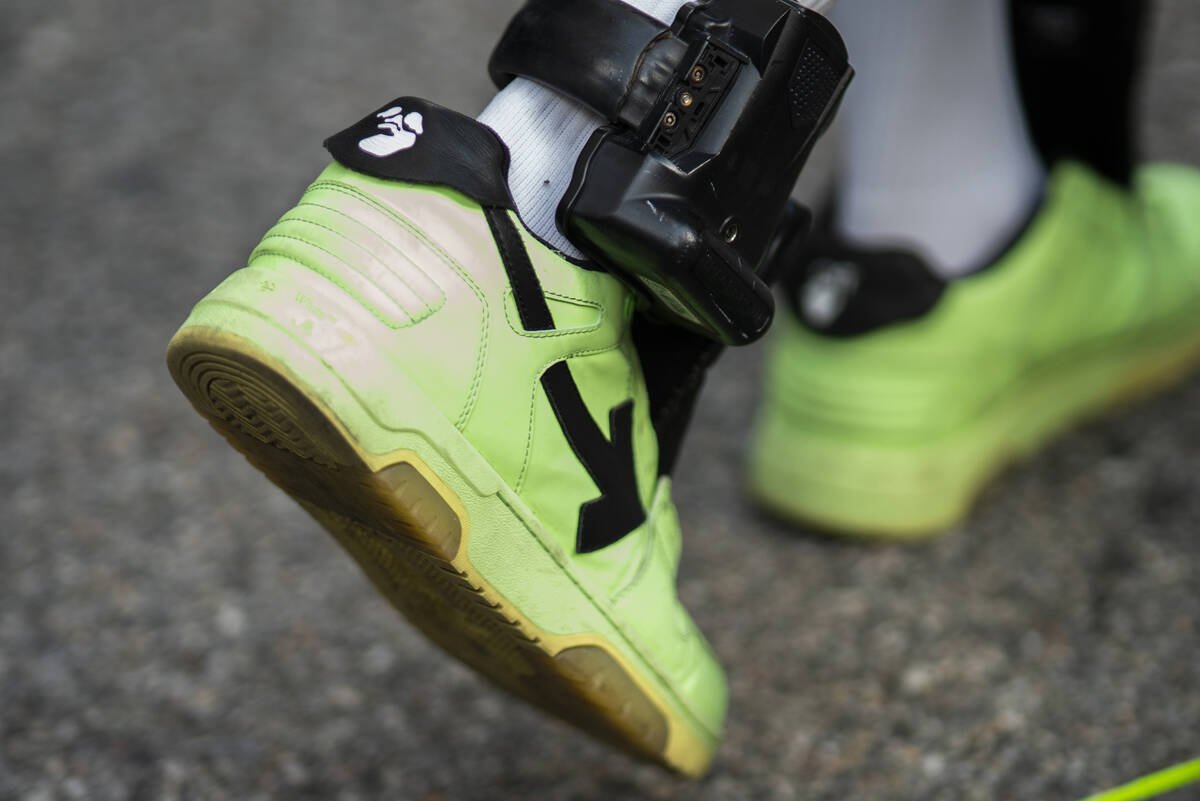 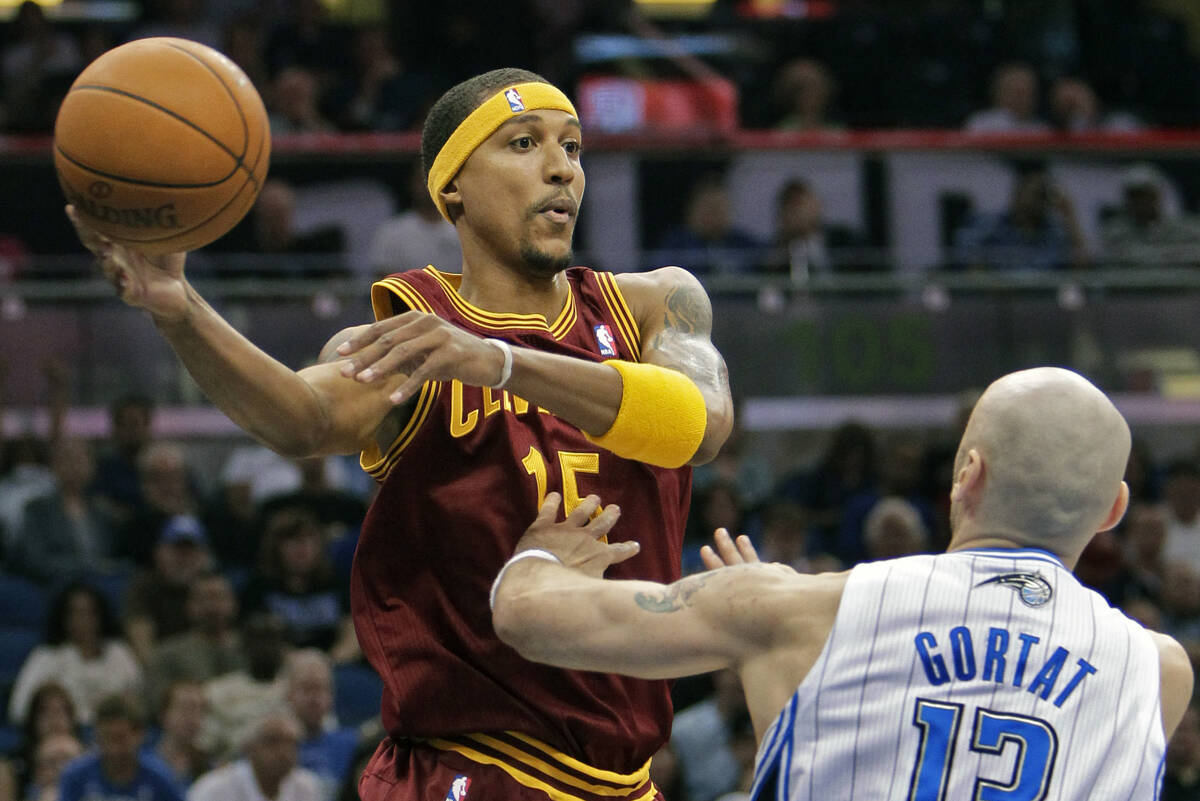 FILE - Cleveland Cavaliers' Jamario Moon, left, makes a pass over the head of Orlando Magic's Marcin Gortat (13), of Poland, during the first half of an NBA basketball game in Orlando, Fla., in this Friday, Nov. 26, 2010, file photo. Eighteen former NBA players, including Moon, have been arrested on charges alleging they defrauded the league's health and welfare benefit plan out of about $4 million, according to an indictment Thursday, Oct. 7, 2021. (AP Photo/John Raoux, File)

“The defendants’ playbook involved fraud and deception,” U.S. Attorney Audrey Strauss told a news conference after FBI agents across the country arrested 15 ex-players and one of their wives in a three-year conspiracy that authorities say started in 2017.

According to an indictment returned in Manhattan federal court, the ex-players teamed up to defraud the supplemental coverage plan by submitting fraudulent claims to get reimbursed for medical and dental procedures that never happened.

Arrests occurred in Nevada and eight other states. A Department of Justice news release mentioned the work of the FBI’s Las Vegas field office and stated that former players Alan Anderson, Charles Watson Jr. and Antoine Wright would be presented in the District of Nevada.

Strauss said prosecutors have travel records, email and GPS data that proves the ex-players were sometimes far from the medical and dental offices at the times when they were supposedly getting treated.

In one instance, she said, an ex-player was playing basketball in Taiwan when he was supposedly getting $48,000 worth of root canals and crowns on eight teeth at a Beverly Hills, California, dental office in December 2018.

The indictment said the scheme was carried out from at least 2017 to 2020, when the plan — funded primarily by NBA teams — received false claims totaling about $3.9 million. Of that, the defendants received about $2.5 million in fraudulent proceeds.

Strauss said each defendant made false claims for reimbursements that ranged from $65,000 to $420,000.

In a statement, the NBA called the allegations “particularly disheartening” because the benefit plans provided by the NBA and the National Basketball Players Association are critically important to support players’ health and well-being throughout their careers and post-retirement lives.

“We will cooperate fully with the U.S. Attorney Office in this matter,” the statement added.

Strauss said the conspiracy was led by Terrence Williams, who began his career as a first-round NBA draft pick in 2009. The indictment said he submitted $19,000 in fraudulent claims to the plan in November 2017 for chiropractic care. The claims led to a $7,672 payout for Williams.

The indictment said he then recruited other former NBA players to defraud the plan and offered to provide fraudulent invoices from a chiropractor and dentist in Southern California and a wellness office in Washington state.

At least 10 of the ex-players paid kickbacks totaling about $230,000 to Williams, according to the court papers. A lawyer who has represented Williams in the past declined to comment.

What was then the New Jersey Nets picked Williams as No. 11 in the 2009 draft. He went on to play with four franchises — the Nets, Boston, Houston and Sacramento — over four seasons as a role player, averaging 7.1 points per game. He was waived by Boston two days after his 26th birthday in 2013 and hasn’t appeared in the league since.

Among others charged was Tony Allen, a six-time All-Defensive team selection and a member of the 2008 champion Boston Celtics. His wife was also indicted. Tony Allen was not in custody as of Thursday afternoon. The Memphis Grizzlies announced weeks ago that they plan to retire Allen’s number at a Jan. 28 game versus the Utah Jazz.

For the most part, though, the ex-players charged had journeyman careers playing for several different teams and never reached anywhere close to the enormous stardom or salary that top players command.

Still, the 18 players combined to make $343 million in their on-court NBA careers, not counting outside income, endorsements or what any may have made playing overseas.

Strauss declined to speculate on their motivations or financial situations, saying to do so would go beyond the facts in the indictment.

Another former player charged in the scheme was Sebastian Telfair, a one-time high school star in New York who was highly touted when he turned pro, though his NBA career with eight franchises never brought the stardom some had expected.

Telfair’s finances qualified him for a court-appointed attorney at an appearance in Manhattan before a magistrate judge, who set bail at $250,000, although Telfair was freed on his signature alone.

His lawyer, Deborah Colson, declined comment. Telfair, in running clothing and green sneakers, did not respond to requests for comment outside the courtroom, where Colson had entered a not guilty plea on his behalf.

Milt Palacio, one of those charged, was placed on administrative leave from his role as an assistant coach with the Portland Trail Blazers, the team said Thursday. The Blazers declined further comment “pending the outcome of the legal process.”

Those charged also included three NBA champions besides Allen. Glen Davis was also part of that 2008 title team in Boston. Shannon Brown won two championships with the Los Angeles Lakers, and Melvin Ely won a title with San Antonio in 2007.

Among others who were charged, Anthony Wroten, Ruben Patterson and Darius Miles were the only players who averaged double figures in their NBA careers.

All were charged with conspiracy to commit health care fraud and wire fraud, which carries the potential penalty of up to 20 years in prison.

Williams was also charged with aggravated identity theft, which carries a potential penalty of up to two years in prison.

Strauss said the charge was lodged because Williams tried to frighten a co-defendant into paying a kickback by impersonating an employee from the health plan’s administrative manager, claiming there was an issue with an invoice that might require the co-defendant to pay back money he’d received.

It wasn’t immediately clear who might represent any of the accused players other than Telfair in court or comment on their behalf.

There was no immediate response to efforts to contact Ely, Miles, or Patterson through attorneys or entities that have been associated with them, or to emails sent to possible addresses for the Allens. A person who answered the phone at the home of Ely’s relatives said they were unaware of the case.

No working phone number or email address could immediately be found for Davis or Wroten. An email was sent to a possible address for Palacio.