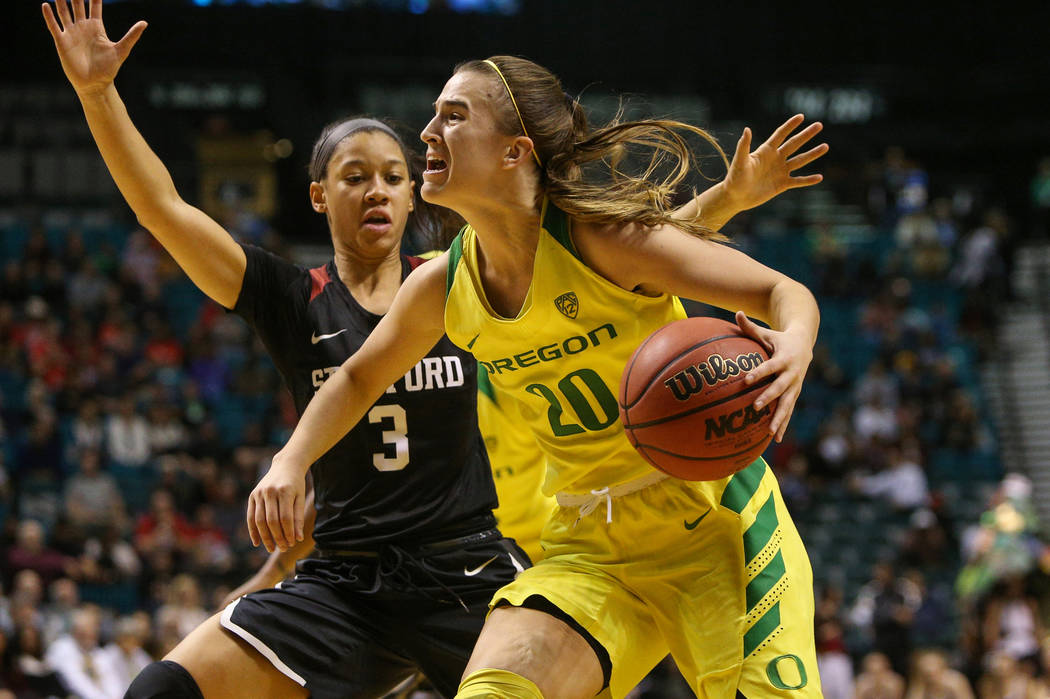 Oregon Ducks guard Sabrina Ionescu (20) looks to pass the ball while being guarded by Stanford Cardinal guard Anna Wilson (3) during the second half of an NCAA college basketball game at the Pac-12 women's tournament at the MGM Grand Garden Arena in Las Vegas, Sunday, March 10, 2019. (Caroline Brehman/Las Vegas Review-Journal) @carolinebrehman

Oregon star point guard Sabrina Ionescu is among the players who will compete in the USA 3×3 basketball men’s and women’s national championship Friday and Saturday at the Downtown Vegas Events Center.

The women’s championship game is at 10 p.m. Saturday, followed by the men’s title game at 10:20. The event is free to attend.

Ionescu headlines a women’s field that includes 13 teams representing Division I colleges. No schools are represented on the men’s side.

3×3 will make its debut as an Olympic sport in 2020 in Tokyo. The Las Vegas tournament is part of the qualifying process for the United States.