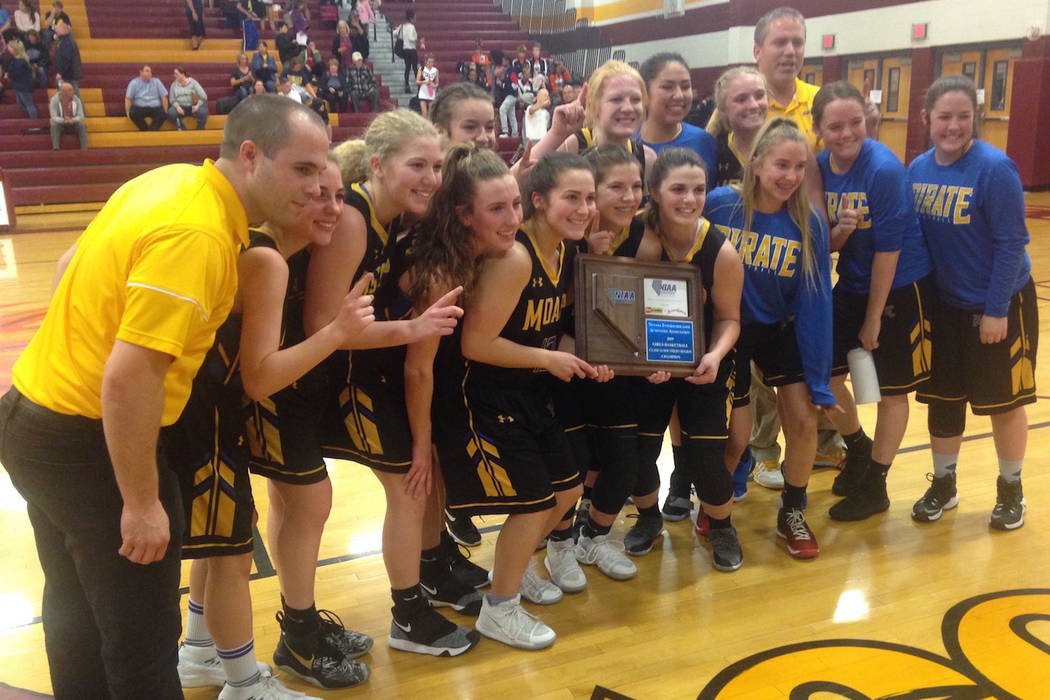 Though the Rattlers built a 22-point lead in the first half of the Class 3A Southern Region championship game, they needed to make five free throws down the stretch to survive a frenetic comeback by Chaparral to earn a 64-60 victory at Del Sol.

Both teams advance to the state tournament, which begins Friday at Orleans Arena.

After DeSaun Smith’s basket with 5:06 left in the third quarter gave Mojave a 43-21 lead, Chaparral’s full-court pressure took over, forcing 15 second-half turnovers and fueling a comeback.

The Cowboys missed their first 14 3-pointers before Cairyn Bray finally made one with 2:10 left to cut the deficit to 57-51.

Chaparral proceeded to make its final four from behind the arc. The last, by Elijah Briggs from just over half court with six seconds remaining, got the Cowboys within 63-60.

Moapa Valley played an aggressive man-to-man defense to near perfection and topped the Eagles 50-44 in the region final at Del Sol. Both teams advance to the state tournament, which begins Friday at Orleans Arena.

“I knew if I had another chance at them, I was just going to play man,” said Moapa Valley coach Brandon Jones, whose team lost twice to the Eagles in Sunrise League play. “Even though we weren’t able to practice, we went through all of their offense, and the girls just played their butts off on the defensive end.”

The Pirates (20-9) played mostly a zone defense in their win over Pahrump Valley on Saturday, and because state rules prohibit Sunday practices, Moapa Valley had little time to work through the defensive change.

Still, the Pirates forced 14 turnovers in the first three quarters and turned those into 12 points.

Kaitlyn Anderson scored 16 of her 22 points in the second half and grabbed eight rebounds to lead Moapa Valley (20-9).