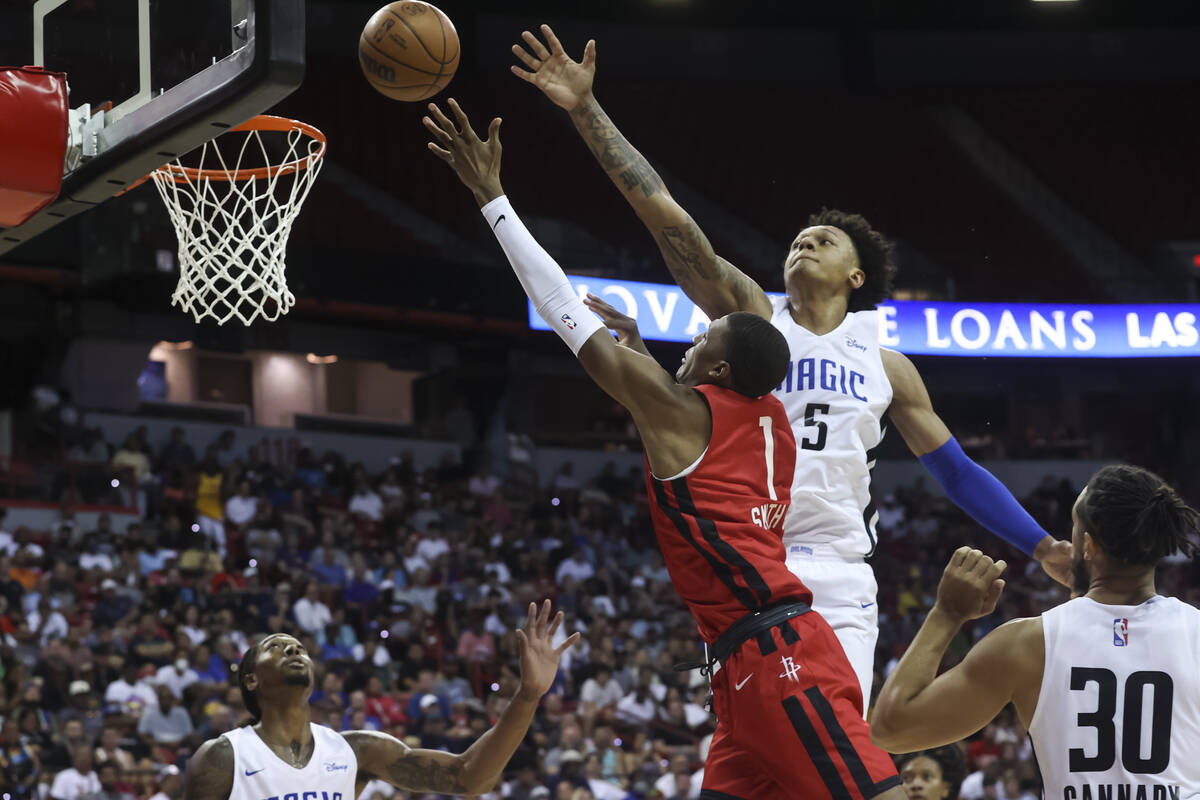 Houston Rockets' Jabari Smith (1) lays up the ball against Orlando Magic's Paolo Banchero (5) during the first half of the first game of the NBA Summer League on Thursday, July 7, 2022, at the Thomas & Mack Center in Las Vegas. (Chase Stevens/Las Vegas Review-Journal) @csstevensphoto 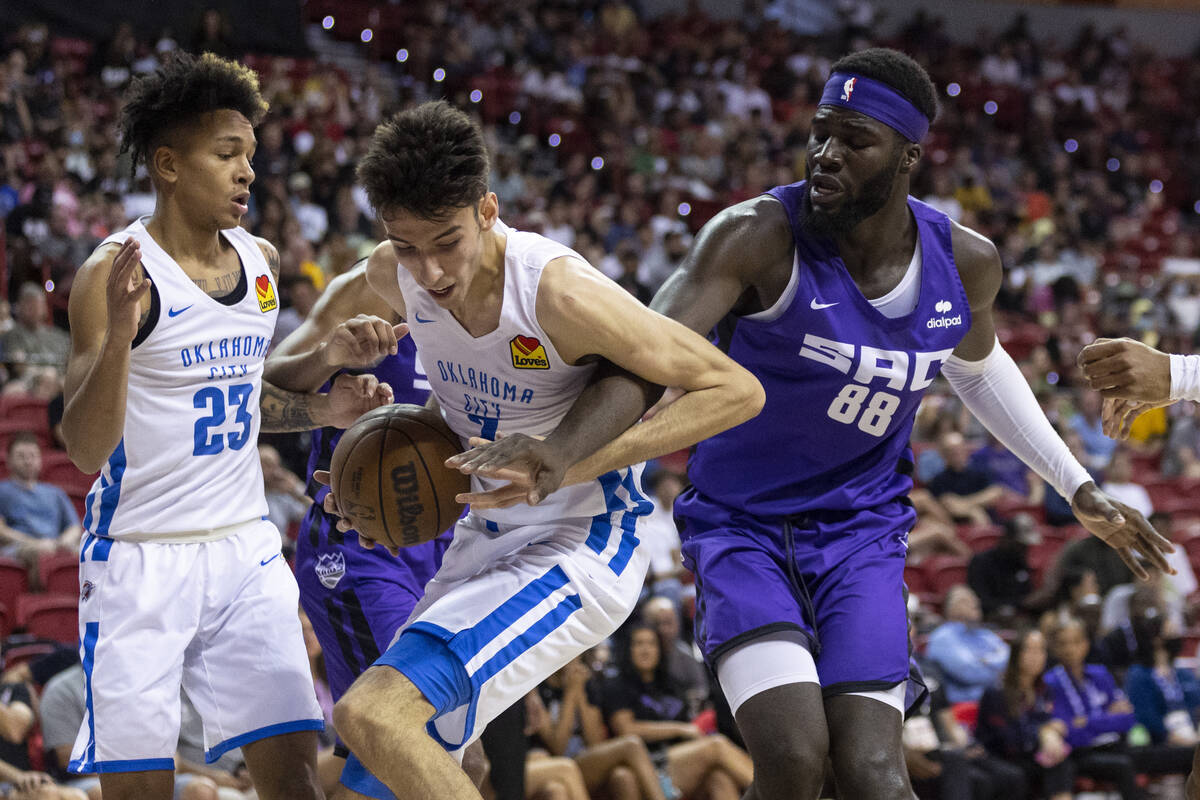 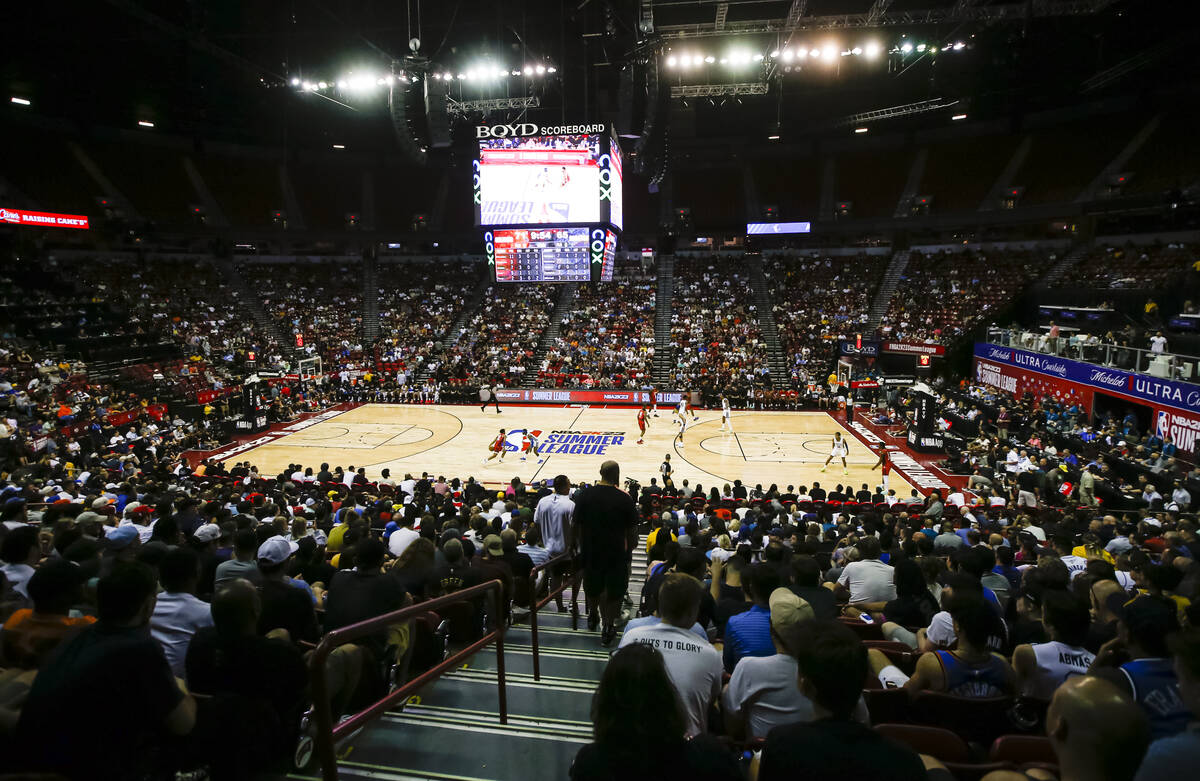 The Houston Rockets play Orlando Magic during the second half of the first game of the NBA Summer League on Thursday, July 7, 2022, at the Thomas & Mack Center in Las Vegas. (Chase Stevens/Las Vegas Review-Journal) @csstevensphoto 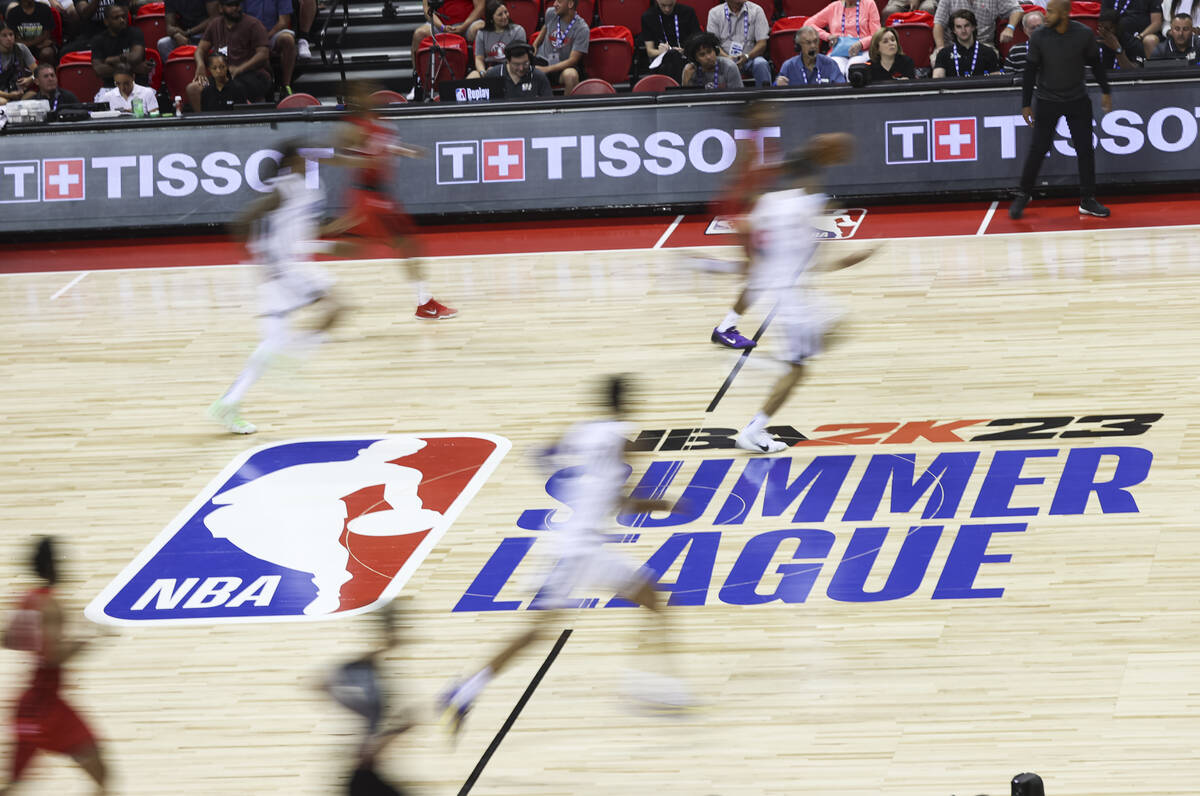 The Houston Rockets play the Orlando Magic during the second of the first game of the NBA Summer League on Thursday, July 7, 2022, at the Thomas & Mack Center in Las Vegas. (Chase Stevens/Las Vegas Review-Journal) @csstevensphoto 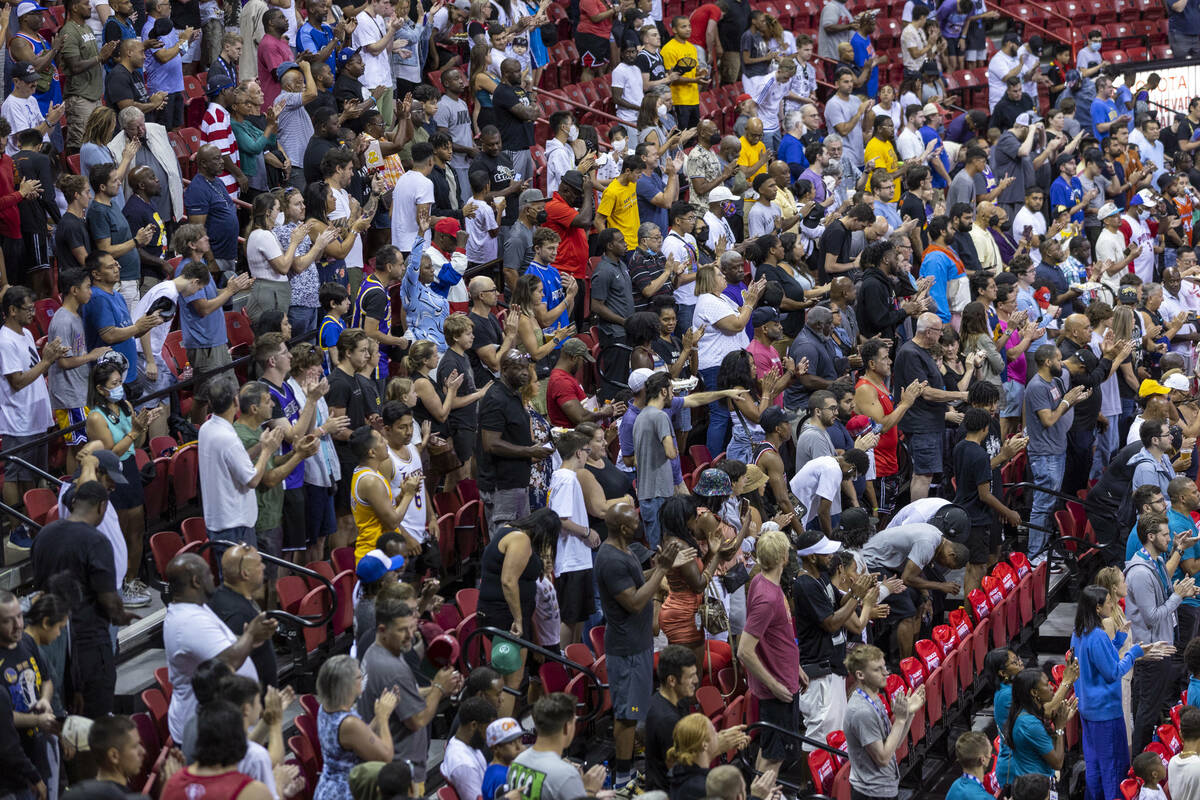 Fans stand an applaud during the first half of their NBA Summer League basketball game the Thomas & Mack Center on Saturday, July 16, 2022, in Las Vegas. (L.E. Baskow/Las Vegas Review-Journal) @Left_Eye_Images 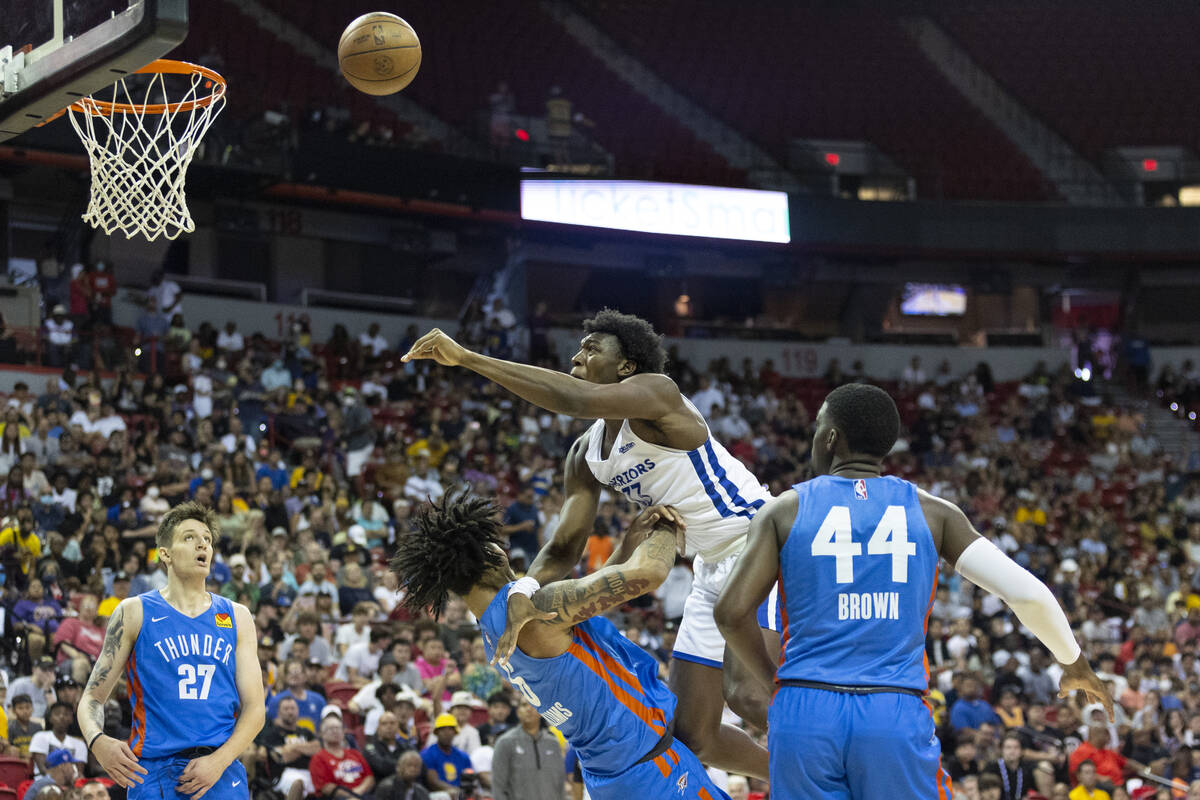 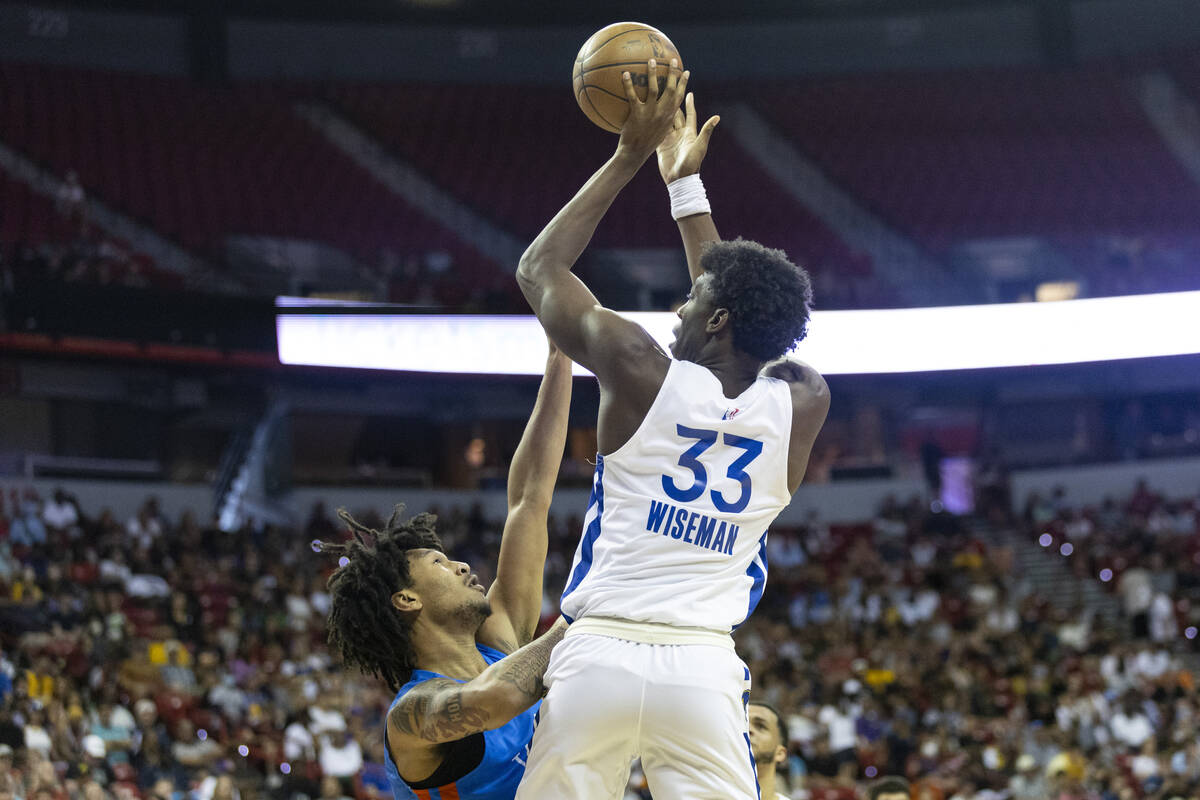 The NBA Summer League concluded Sunday. All 30 NBA teams and the basketball community flocked to Las Vegas for the 11-day event.

Here are 10 things that stood out:

1. Paolo Banchero played well in his debut. Banchero, the No. 1 pick in the NBA draft, made his professional debut in Las Vegas. He averaged 20 points and led the Orlando Magic to wins in the two games he played.

2. Chet Holmgren and Jabari Smith Jr. show promise. The second and third overall picks in the draft — Holmgren and Smith Jr. — flashed their potential. Holmgren played in three games, averaging 12 points and 7.7 rebounds for the Oklahoma City Thunder. Smith averaged 14.4 points and 9.4 rebounds in five games for the Houston Rockets.

3. Keegan Murray named MVP. The top three picks in the draft warranted plenty of attention, but it was the No. 4 pick, Keegan Murray, who turned plenty of heads. The Sacramento Kings guard was named MVP after averaging 23.3 points and 7.3 rebounds and shooting 50 percent in four games.

4. Return player Cam Thomas displays scoring capabilities. The 2021 NBA Summer League co-MVP backed up his performance from last year with another scoring onslaught. The Brooklyn Nets’ 2021 first-round selection scored at least 24 points in all five games, averaged 27.4 and was named to the all-summer league first team.

5. James Wiseman makes his comeback. The Golden State Warriors’ No. 2 overall pick in the 2020 draft returned after recovering from a torn meniscus. Wiseman scored 11 points in Golden State’s first game and averaged 10.5 points in 19.9 minutes in four games. Wiseman appeared in just two G-League games last season and no NBA games since April 11, 2021.

7. Trail Blazers take the title. The Portland Trail Blazers capped the summer league with an 85-77 win over the New York Knicks for the championship, their second title after also winning in 2018. Forward Trendon Watford was the unanimous championship game MVP, leading Portland with 19 points and seven rebounds.

9. Stars came out. Many notable NBA players past and present showed up to the Thomas & Mack Center and Cox Pavilion. Among them were Hall of Famers Jerry West, Scottie Pippen and Bill Walton, NBA champions LeBron James, Dwyane Wade and Kyrie Irving, and All-Stars Carmelo Anthony, Jayson Tatum and Ja Morant.

10. Summer league returns to normalcy. For the first time since 2019, the league returned to its normal time on the calendar and to a pre-COVID environment. The event was canceled in 2020 because of the pandemic and moved to August last year. Fans filled the lower bowl of the Thomas & Mack Center, and seats were hard to come by at Cox Pavilion.