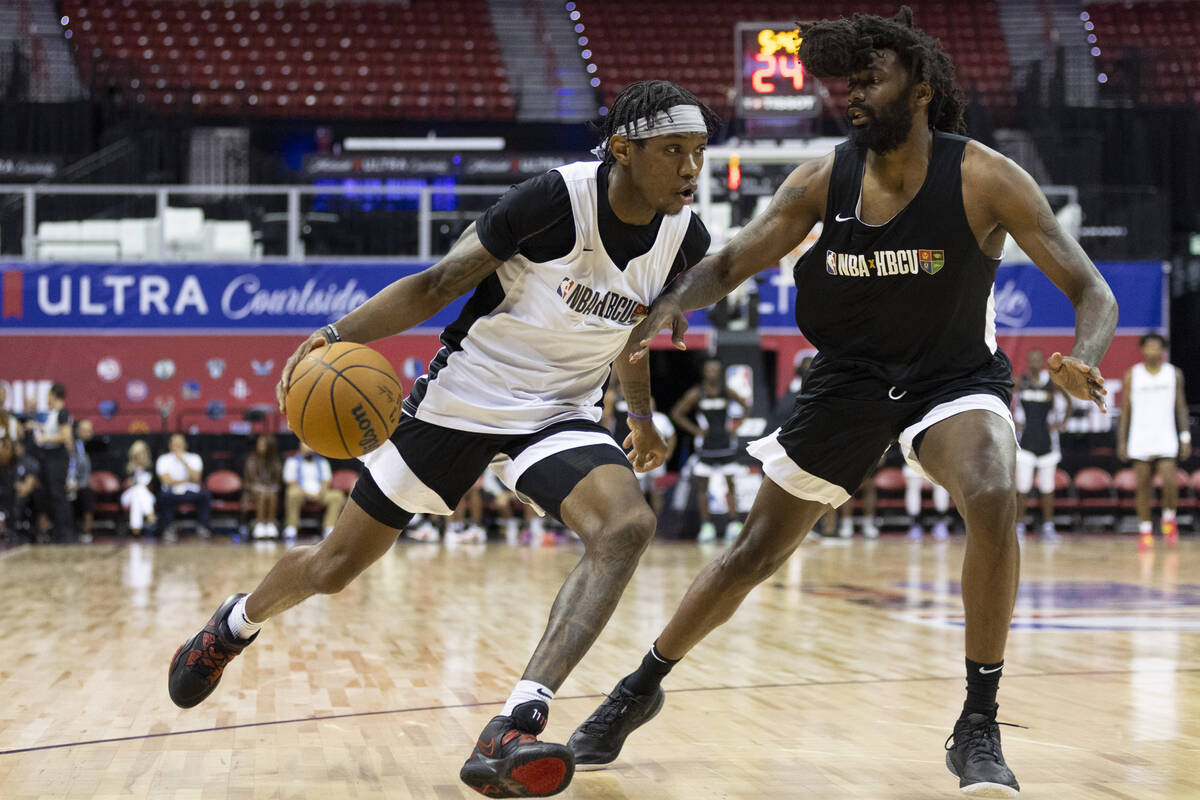 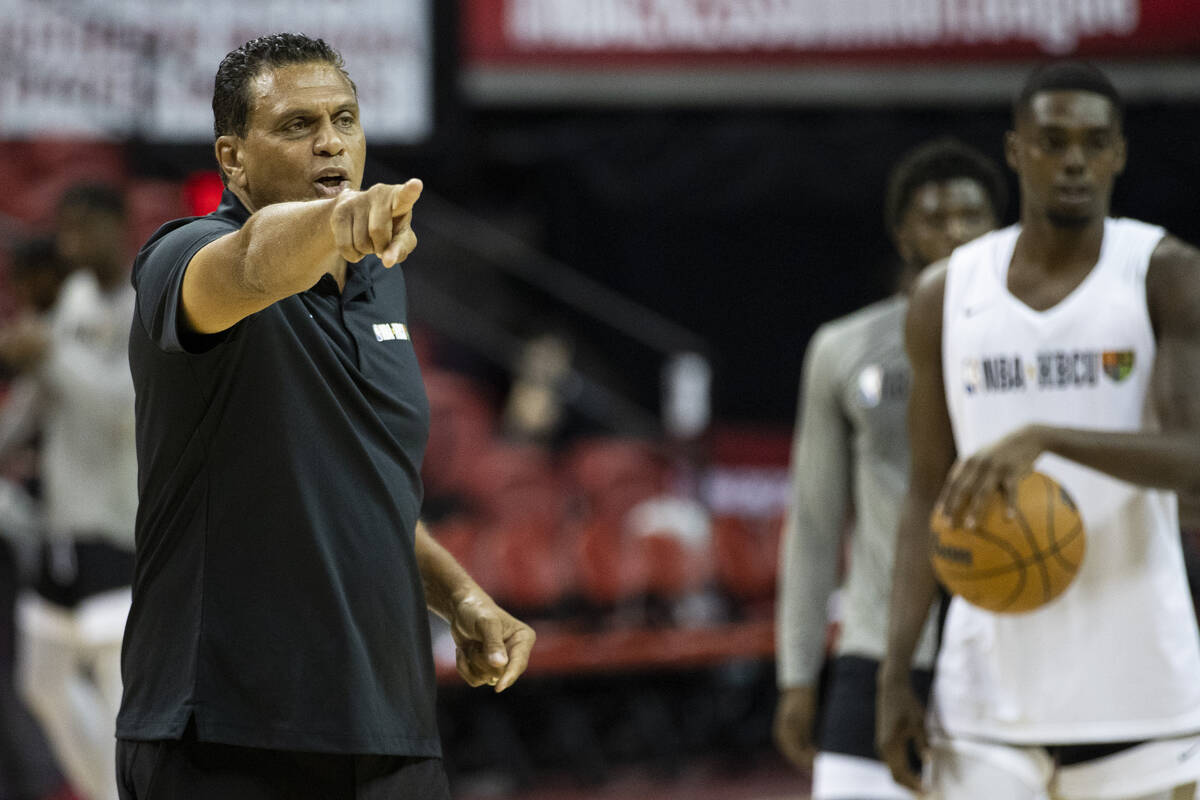 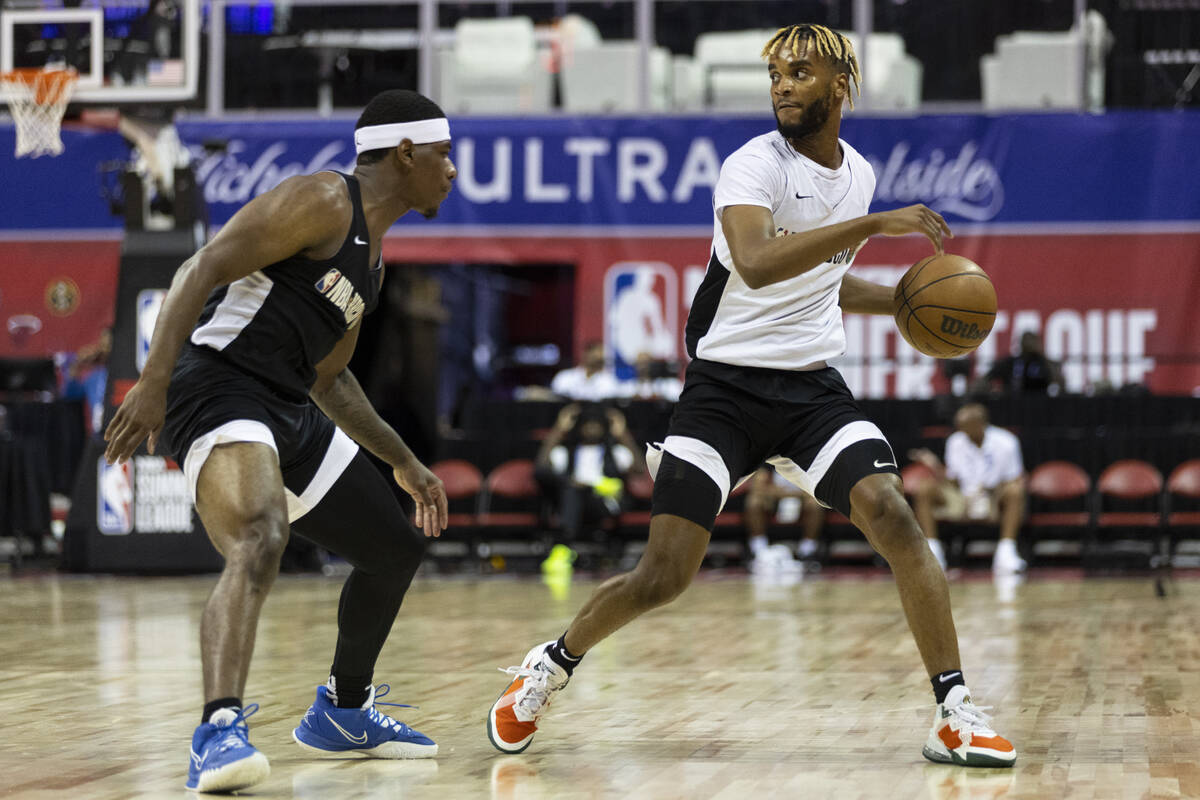 Basketball players and alumni of Historically Black Colleges and Universities are not afraid to say they are overlooked compared to other colleges and conferences when it comes to professional opportunities.

“HBCUs kind of get swept under the rug with how people evaluate the talent.” Howard alum CJ Williams said. “They say our conferences aren’t competitive or not as big as an ACC or SEC. They say we don’t have those same capabilities.”

With all 30 NBA teams and basketball representatives from across the world in Las Vegas for the Summer League, the NBA saw an opportunity to bring HBCUs into the spotlight.

The league hosted its first HBCU showcase inviting 30 HBCU alumni who participated in a series of drills and 5-on-5 scrimmages in front of NBA and international scouts. The event is part of the NBA’s HBCU initiative to increase exposure and provide opportunities for HBCU alumni.

“For the NBA to recognize that we have a lot of good players with a lot of NBA potential and to put on a showcase so we can show our talents in front of the NBA, it meant a lot,” Williams said.

Former NBA players and current HBCU coaches were there to run the showcase, including former UNLV basketball player and current basketball coach at Bethune-Cookman Reggie Theus. He said he was eager to take part in the event and help shine a light on HBCU talent.

“There are a lot of people out there that want to help, they just don’t know how or where to help,” said Theus, who is also the athletic director of Bethune-Cookman. “This is going to give the exposure that could come back to our school and help us.”

Scouts got the chance to see some of the best talent from HBCUs. Many of the showcase participants had not found success in finding professional opportunities in the United States.

Theus said the biggest obstacle for most HBCUs is finances, citing that most schools do not have the most up-to-date facilities that other colleges have. He said more progress can be made if the situation around the players got better.

“Going to HBCUs you have to mentally strong,” Florida A&M alum and showcase participant MJ Randolph said. “You don’t have the facilities or access to all the things the top schools have. When you face those obstacles you learn to work with what you have.”

As part of the league’s initiatives, Morgan Cato, the associate vice president for NBA business operations, said she envisions the showcase becoming an annual event. She cited former NBA players like Theus getting involved with HBCUs as something the league can build on to help with its initiatives.

Williams, who is the all-time leading scorer for Howard and the Mid-Eastern Athletic Conference, has gone the international route like many HBCU players. After the showcase he said he has received some calls from NBA teams

He and other showcase participants have noticed the support for HBCUs continuing to grow. NBA stars like Chris Paul and LeBron James show support by wearing HBCU apparel.

“It’s been a tough road trying to get here, be recognized and show the elites that my game is worthy of being in the NBA,” Williams said. “To be able to represent an HBCU, hopefully in the NBA, being one of those few guys that have ever done it would be the biggest blessing of my life.”