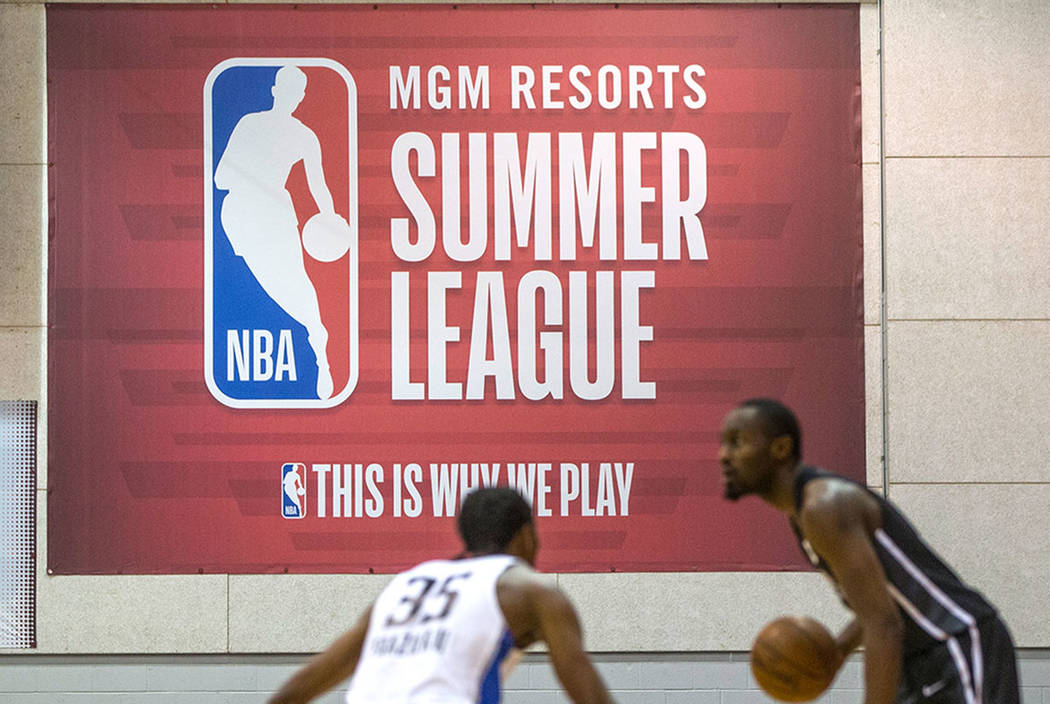 It’s as if the NBA Summer League is a whole new ballgame this year.

The league’s premier showcase for young players opens Friday at the Thomas & Mack Center and Cox Pavilion with a makeover in length, schedule, format and technology.

How those changes will bode for the 11-day event remain to be seen. But for the first two days — Friday and Saturday — all seems to be well with the NBA announcing sellouts at the combined venues.

Here’s five things that change how the ball bounces on the UNLV campus when the NBA takes over:

For the second consecutive year, all 30 NBA teams will compete. If that wasn’t a big enough milestone, now there will be international teams competing.

The field of 32 teams is more than five times the number of teams that played in the first Vegas Summer League in 2004 (six).

Last year the event was stretched to 82 games over 12 days. This year it has shrunk back to 11 days (Friday through July 15) but grew to 83 games.

For the most part, that will be mean more games each day. In fact, eight days will feature a record 10 games (five at each arena).

Friday’s first game at Cox will be Croatia versus the Pistons and the Thomas & Mack opens with the Bucks versus the 76ers.

The scheduling format changes, too. All 32 teams will play four preliminary games. The top eight teams will be seeded into a tournament and the other 24 teams will draw a consolation game.

The eight-team tournament begins July 12 and concludes with the championship game July 15.

The consolation games will be played July 12 and July 13.

Keep your eye on the ball. For select games it could be the NBA’s “connected basketball.”

The NBA has been developing a basketball with a smart chip inside and it will debut during the Summer League. Or at least the prototypes will get a dry run.

These are similar to the smart chips in balls sold at sporting goods stores that track player performance data. But now it appears the technology is good enough for the Association.

Get ready for replay

Video replay for calls already were tinkered with during last year’s Summer League. But the UNLV facilities become a true testing ground with the NBA announcing new rules for the regular season.

Coaches may challenge a personal foul charged to their team, a called out-of-bounds violation, a goaltending violation or a basket-interference violation.

They have to call a timeout before they can call a challenge, so expect some referees to stand around and look at monitors more often.

Bill Bradley is sports editor of the Review-Journal. He can be reached at 702-387-2909 or bbradley@reviewjournal.com. Follow @billbradleyLV on Twitter. 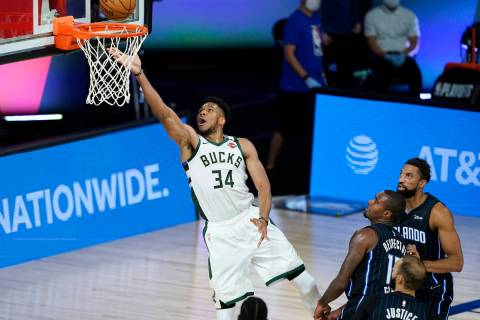 The Los Angeles Lakers are the +250 favorites to repeat as NBA champions in the 2020-21 season, scheduled to tip off Tuesday.