The reality of a March without college basketball is starting to set in. What normally would have been Selection Sunday arrived, and no brackets were unveiled.

If you think you are miserable without numerous pools to enter, think about what Rutgers and its fans are going through. The Scarlet Knights were poised to make their first NCAA Tournament since 1991 before the coronavirus outbreak forced cancellation of the event.

So many athletes were denied the chance to live out the dream of playing in one of the most revered sporting events in the world.

Even more fans were denied the escape from reality of seeing how one of the most wide-open fields in recent memory was going to play out.

It’s a perfect opportunity for a game of What If?

So we decided to find out in our own way. We have locked ourselves in the committee room (Starbucks) for the past several days and come up with a version of what the tournament field could have looked like.

For the purpose of this exercise, several teams did themselves some good in their conference tournaments.

Virginia stayed hot and won the Atlantic Coast Conference tournament to move up a few spots, as did Michigan State in the Big Ten. Arizona finally lived up to its lofty computer numbers and won the Pac-12 tournament.

Connecticut made a run in the American to steal the bid that would have gone to Stanford, and Northern Colorado was one of several smaller conference teams to dethrone the top seed in their league.

Obviously, just seeing a bracket is not enough. So we will play this thing out, starting Tuesday with two of the four first-round games.

Check back here to find out who wins each game, complete with a summary of how it went down.

The upsets, the buzzer-beaters, the drama, all played out on these pages. Most of the NCAA Tournament selection guidelines were followed, though there are a few exceptions with some early rematches and conference matchups possible. After all, it’s fantasy, and there are a lot of Big Ten teams.

It’s not the same. Not even close. But it’s March, and we’re just not ready to let the best event in sports go out with nary a whimper.

So here it is: The bracket for our What If Tournament. 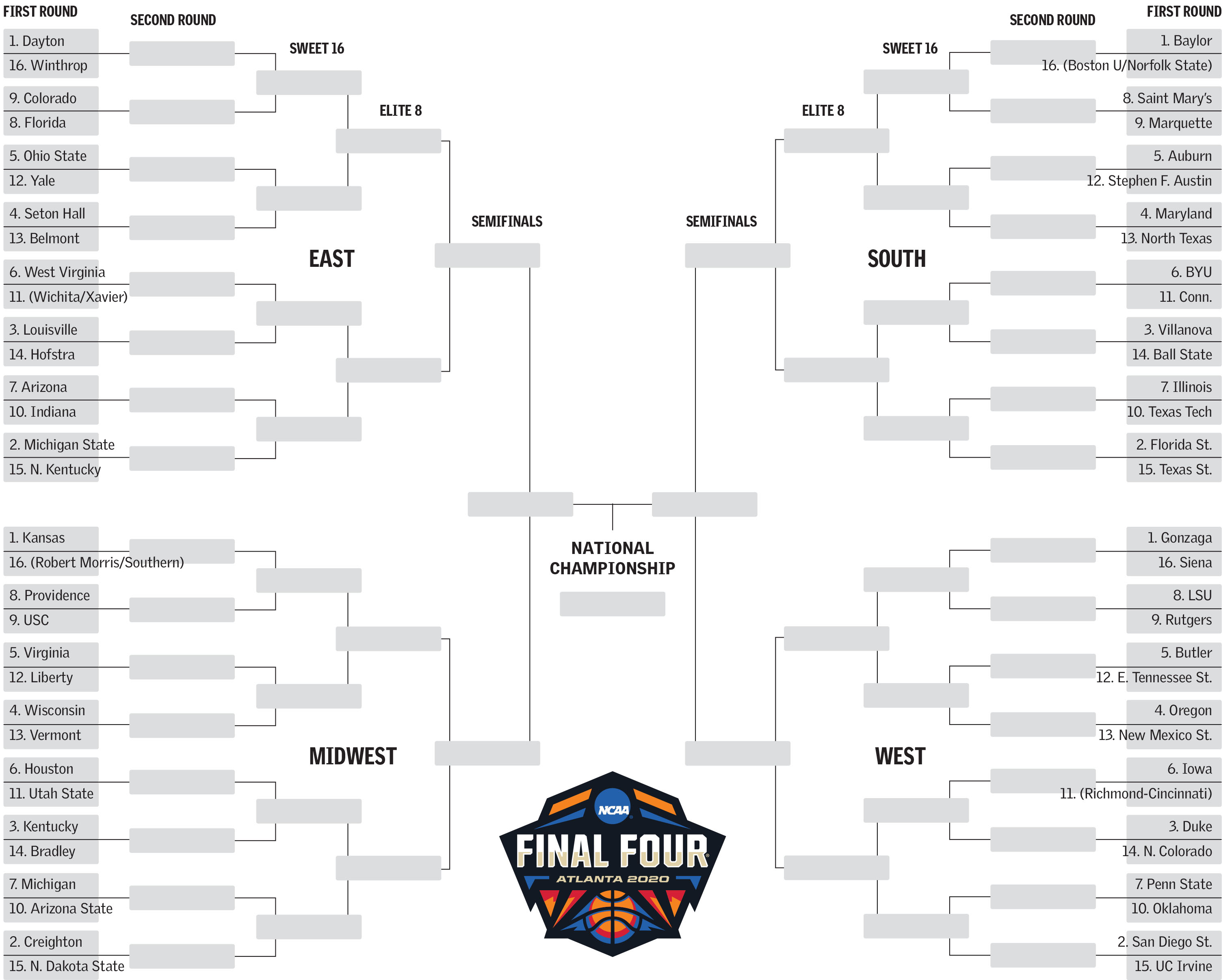