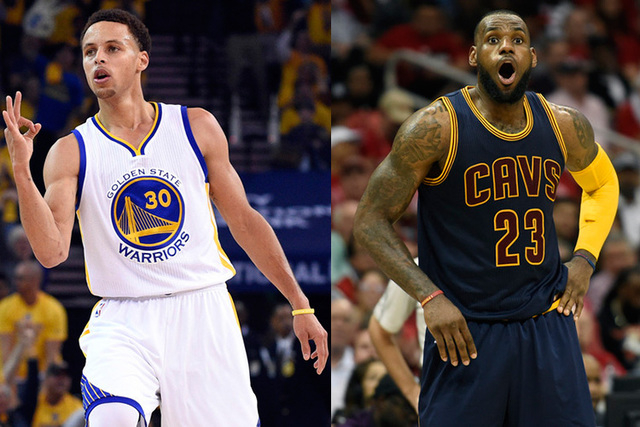 League MVP Stephen Curry of the Golden State Warriors and LeBron James of the Cleveland Cavaliers were unanimous selections for the All-NBA First Team revealed Thursday.

Curry and James received votes for the first team on all 129 ballots, the ninth time in 12 seasons James was All-NBA First Team, tying Larry Bird, Magic Johnson and Oscar Robertson for the third most all time. It’s the first All-NBA First Team selection for Curry.

Russell Westbrook of the Oklahoma City Thunder, Chris Paul of the Los Angeles Clippers, LaMarcus Aldridge of the Portland Trail Blazers, Pau Gasol of the Chicago Bulls and center DeMarcus Cousins of the Sacramento Kings were the All-NBA Second Team picks.

Media voted for All-NBA teams by position with points awarded on a 5-3-1 basis. Voters were asked to select two guards, two forwards and one center for each team, choosing players at the position they play regularly. Gasol and Jordan were classified as centers.

Gasol, who is entering free agency in July, averaged a career-best 17.4 points to go with 7.8 rebounds and 3.8 assists for the 55-win Grizzlies. He scored 30-plus points five times after doing so just once in his first six seasons.