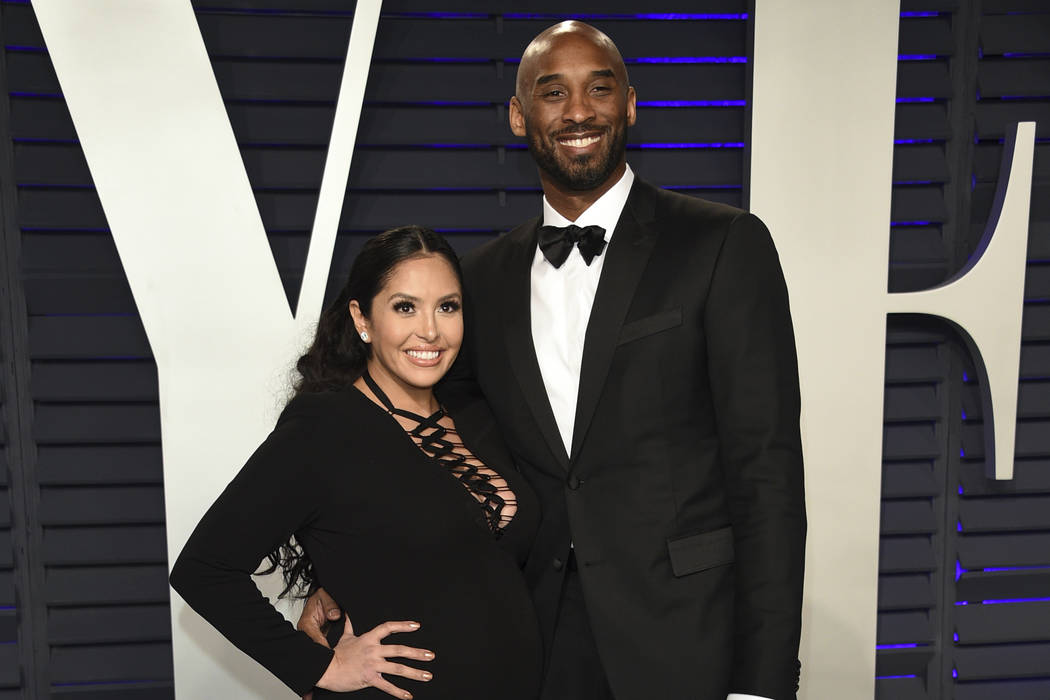 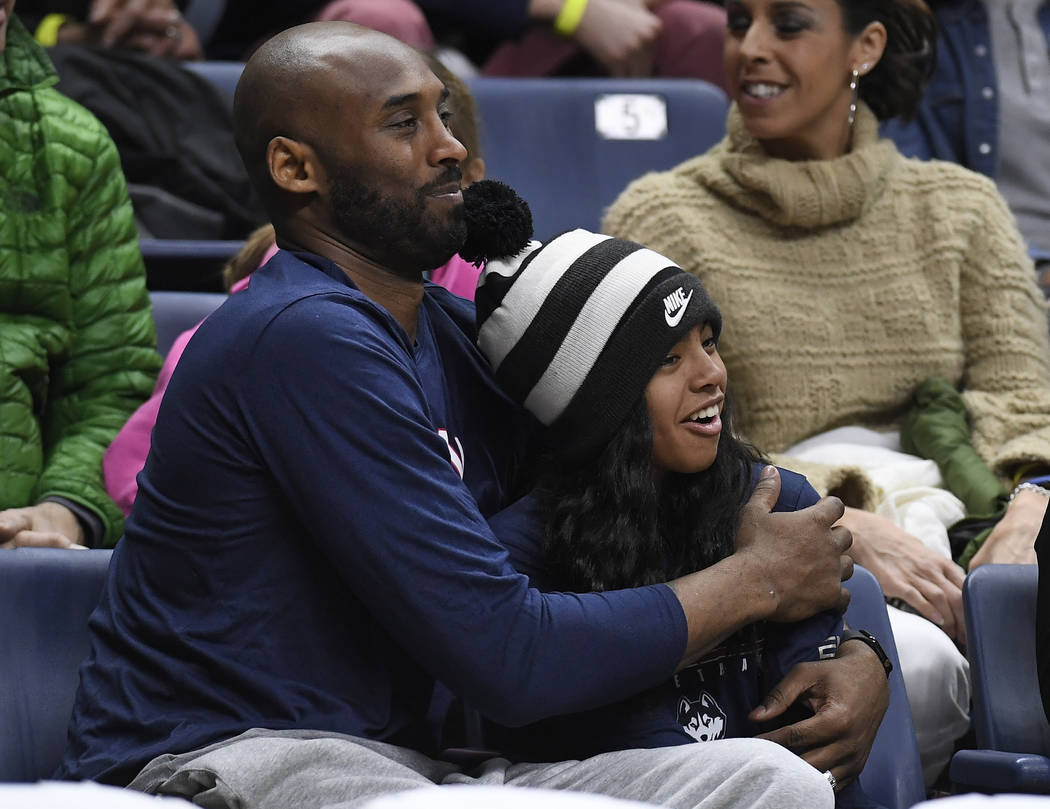 FILE - In this March 2, 2019, file photo Kobe Bryant and his daughter Gianna watch the first half of an NCAA college basketball game between Connecticut and Houston in Storrs, Conn. A public memorial service for Bryant, Gianna and seven others killed in a helicopter crash is planned for Monday, Feb. 24, 2020, at Staples Center in Los Angeles, a person with knowledge of the details told The Associated Press on Thursday, Feb. 6, 2020. (AP Photo/Jessica Hill, File)

LOS ANGELES — Vanessa Bryant expressed grief and anger in an Instagram post Monday as she copes with the deaths of her husband Kobe Bryant, their daughter Gigi and seven other people in a helicopter crash last month.

“My brain refuses to accept that both Kobe and Gigi are gone,” she wrote. “It’s like I’m trying to process Kobe being gone but my body refuses to accept my Gigi will never come back to me. It feels wrong. Why should I be able to wake up another day when my baby girl isn’t being able to have that opportunity?! I’m so mad. She had so much life to live.”

Bryant said she realizes she has to remain strong for her three surviving daughters, Natalia, Bianka and Capri.

“I know what I’m feeling is normal. It’s part of the grieving process. I just wanted to share in case there’s anyone out there that’s experienced a loss like this,” she wrote. “God I wish they were here and this nightmare would be over. Praying for all of the victims of this horrible tragedy. Please continue to pray for all.”

Bryant was killed when the helicopter carrying him, his daughter and seven others crashed into a mountainside in Calabasas, California, while flying to a girls basketball tournament at his Mamba Sports Academy on Jan. 26.

Bryant announced last week that a “celebration of life” memorial will be held on Feb. 24 at the Staples Center to honor her late husband and 13-year-old Gianna.