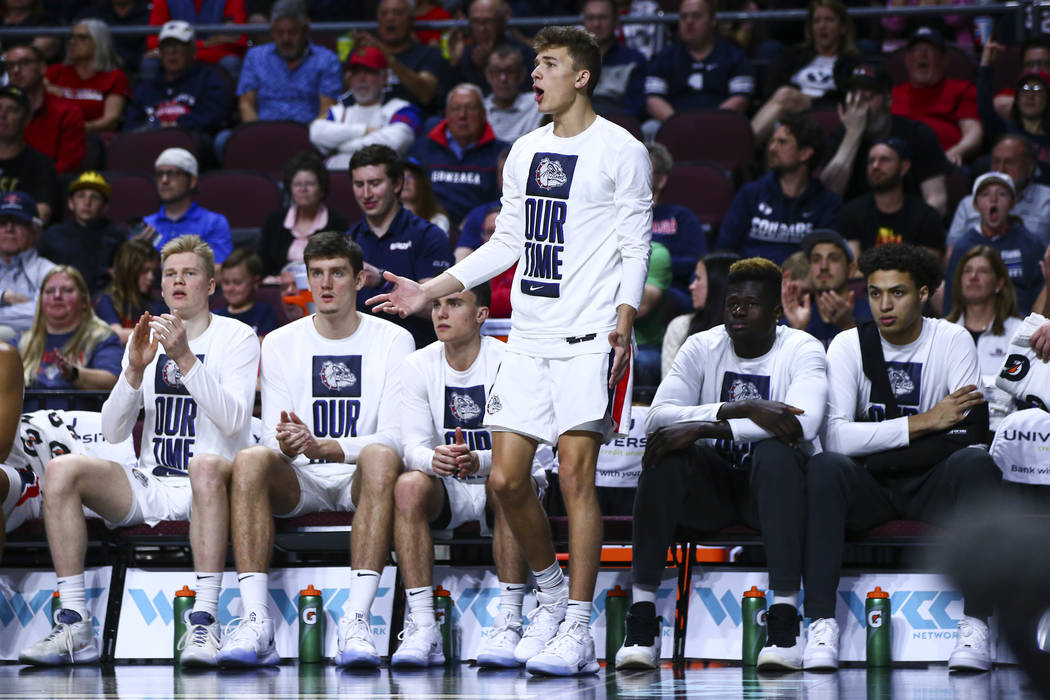 Gonzaga Bulldogs' Will Graves, center, reacts during the second half of a West Coast Conference semifinal basketball game against the San Francisco Dons at the Orleans Arena in Las Vegas on Monday, March 9, 2020. (Chase Stevens/Las Vegas Review-Journal) @csstevensphoto 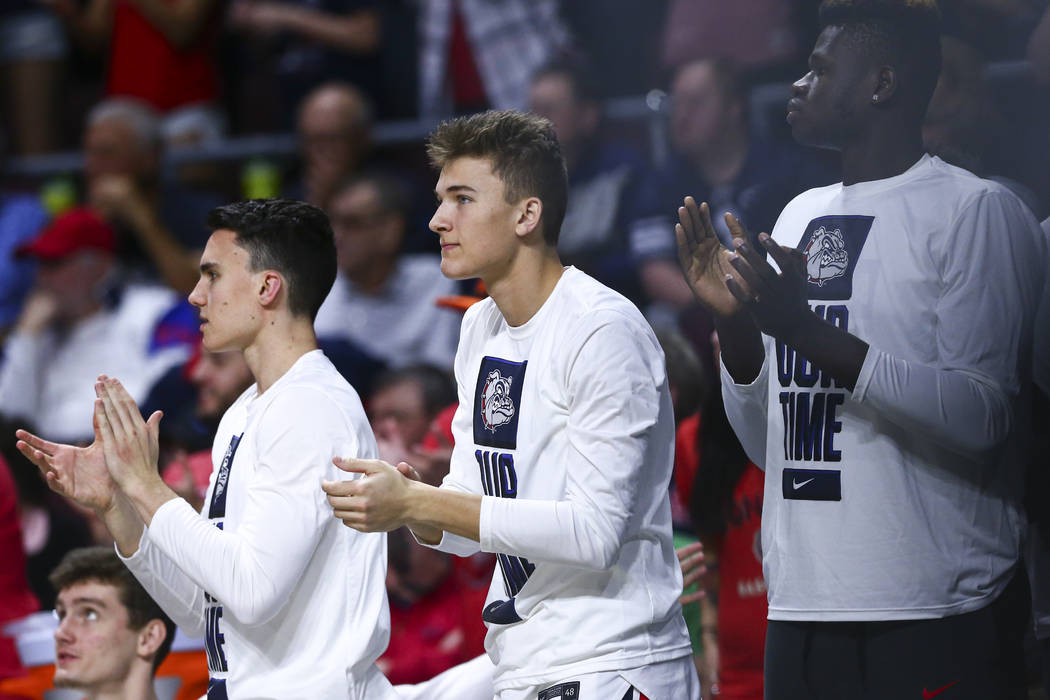 Gonzaga Bulldogs' Will Graves, center, cheers during the second half of a West Coast Conference semifinal basketball game against the San Francisco Dons at the Orleans Arena in Las Vegas on Monday, March 9, 2020. (Chase Stevens/Las Vegas Review-Journal) @csstevensphoto 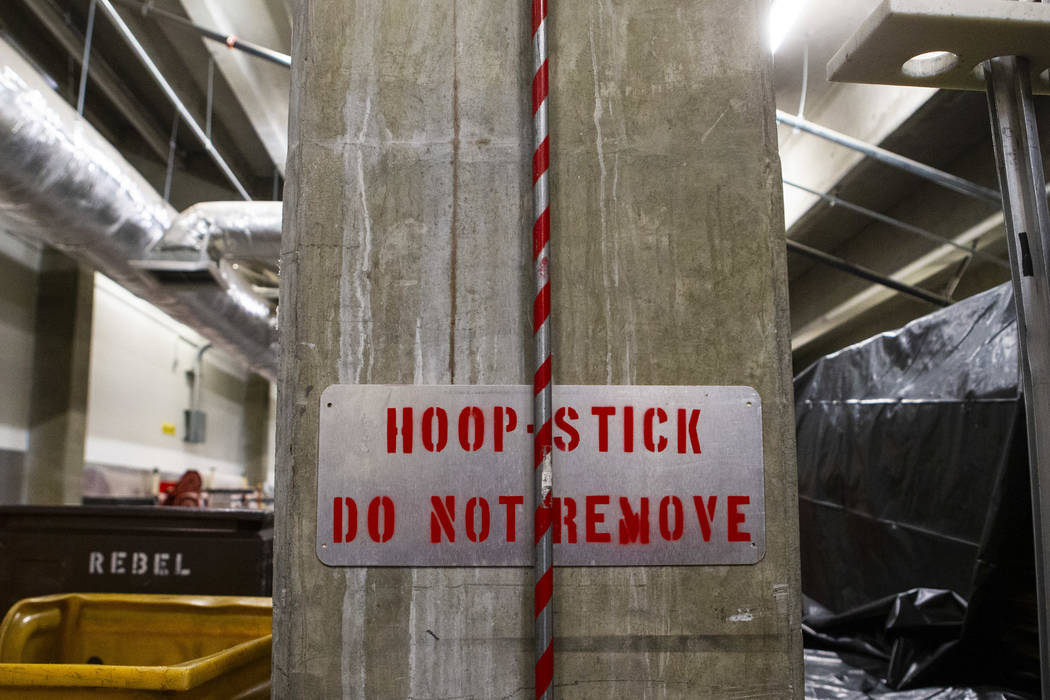 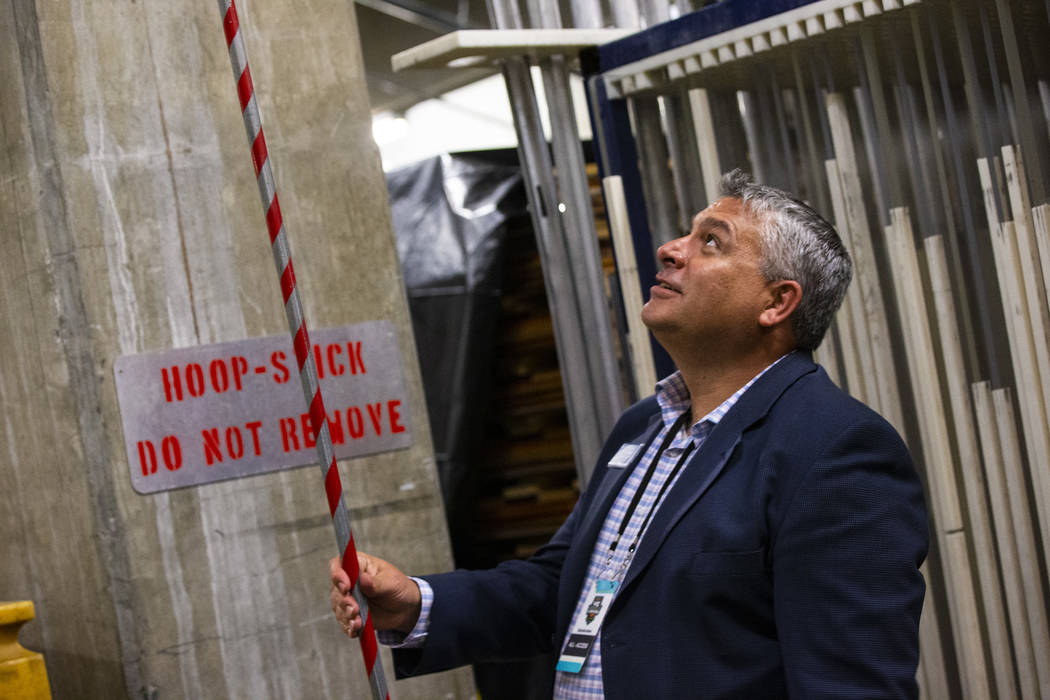 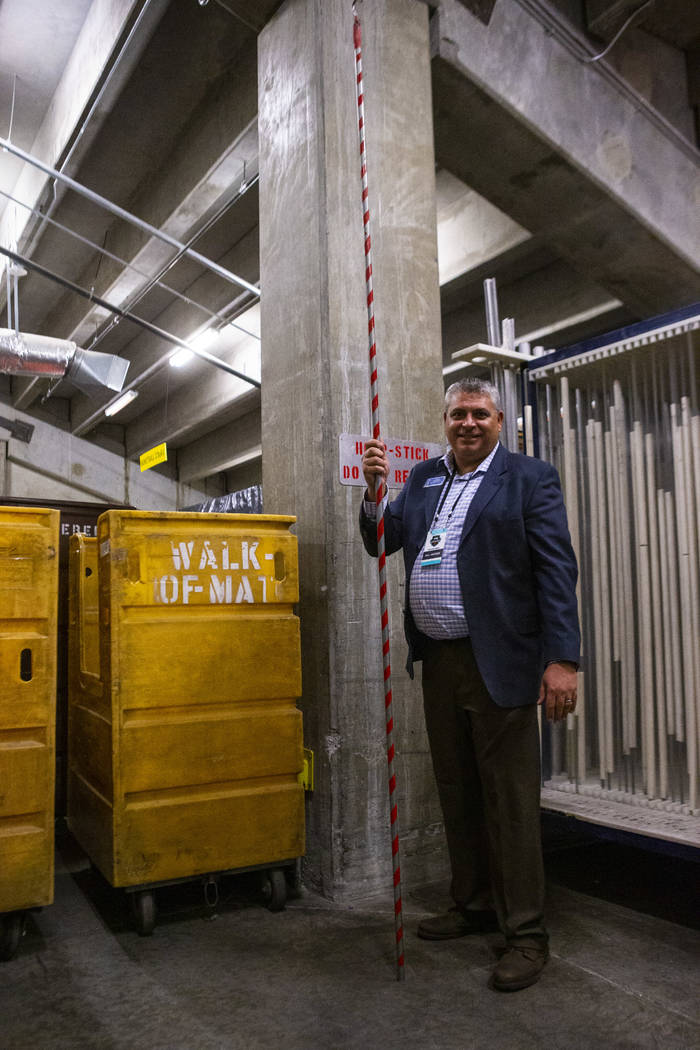 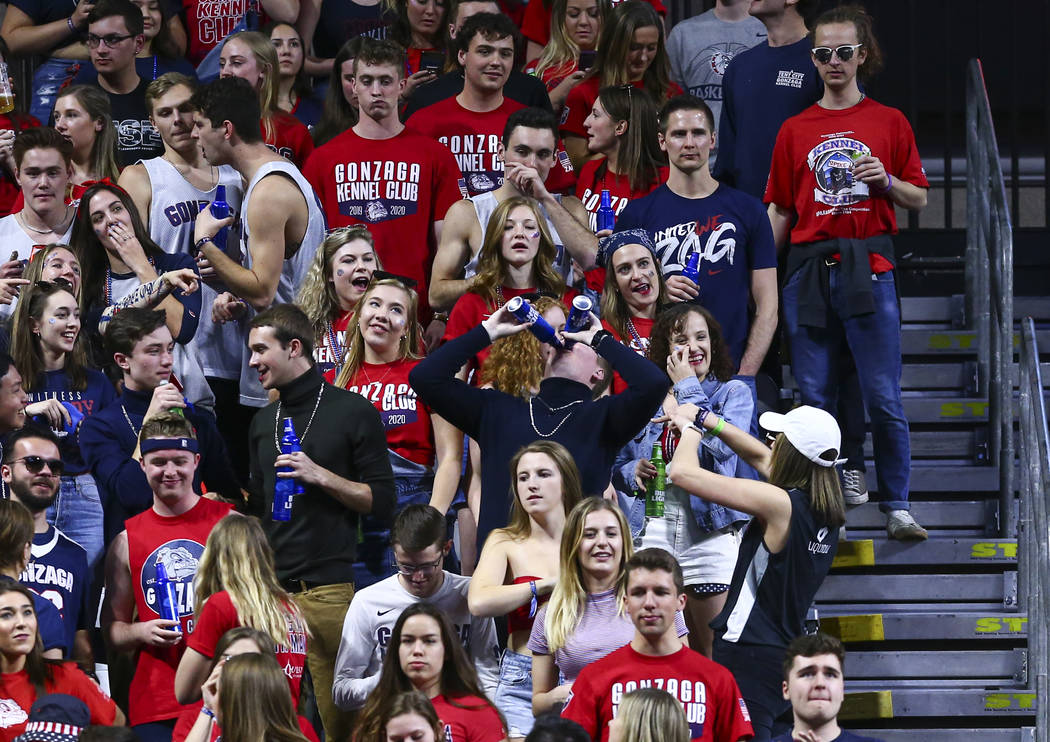 A Gonzaga Bulldogs fan downs a pair of beers during the second half of a West Coast Conference semifinal basketball game at the Orleans Arena in Las Vegas on Monday, March 9, 2020. (Chase Stevens/Las Vegas Review-Journal) @csstevensphoto

Sometimes you find the best basketball stories at the end of the bench.

In the case of the Gonzaga men’s basketball team, you don’t find that story there, for that spot usually is occupied by a priest. Rather it’s Will Graves, the player who usually sits next to the priest, who occupies that figurative seat.

A 6-foot-5-inch sophomore, Graves wears No. 35 for the Zags, although his jersey number usually is obscured by a warmup jacket. He appeared in 12 of Gonzaga’s 31 regular-season games, in which he made 4 of 8 from the field, including 4 of 7 from 3-point distance.

The media guide says he is from Eugene, Oregon, attended South Eugene High School and averaged 6.6 points at Lane Community College in Eugene.

But his heart never left Spokane, Washington, the Gonzaga campus and “The Kennel,” Gonzaga’s basketball arena formally known as the McCarthey Athletic Center, where Graves all but dribbled his childhood away.

That’s the other part of his story. His father, Kelly, was Gonzaga’s women’s basketball coach for 14 seasons. Now Kelly Graves is the women’s coach at Oregon, which defeated Stanford 89-56 in the Pac-12 tournament championship game Sunday at Mandalay Bay Events Center and is ranked No. 2 in the nation after playing in last season’s Final Four.

“Growing up in Spokane, I always wanted to be a Zag,” Will Graves said after Gonzaga held off a spirited challenge from San Francisco in Monday’s West Coast Conference tournament semifinals at Orleans Arena. “Fulfilling my dream has been awesome. I love my teammates, love my coaches, love the fans.”

For a kid who grew up idolizing former Gonzaga stars such as Gary Bell, Kevin Pangos and Kelly Olynyk, who now plays for the Miami Heat, the end of the bench isn’t a death sentence. It’s utopia.

“All-around, it’s just a great place to be,” Graves said. “Every day just being with the guys and being in the program, it’s just really special.”

He knows were it not for his dad’s relationship with Gonzaga coach Mark Few, he probably wouldn’t be where he is today. Now father and son are getting to experience March Madness together in Las Vegas.

“Obviously we played really well, and we’re excited to win the championship,” Kelly Graves said Tuesday about cutting down the nets with his Oregon squad. He waved to the court where Will and the Zags were warming up to play Saint Mary’s in the WCC title game.

“But it’s more important as a parent to be here. This is the one I’m really nervous about.”

Will Graves said it has been crazy how the stars have lined up with his and his dad’s seasons and brought them together in Las Vegas this week.

Remember the scene in “Hoosiers” in which Gene Hackman, as coach Norman Dale, brings a tape measure to the Indiana state championship game to show his Hickory High Huskers that the rim in the big barn is exactly 10 feet from the floor, just like in their little basketball barn back home?

Well, technology has improved since 1952. The distance from the floor to the rim at Orleans Arena is now measured scientifically.

With a device called the Hoop Stick.

Arena director Rex Berman took an inquisitor into the bowels of The Orleans, where the Hoop Stick is attached to a pillar behind Plexiglas hockey boards. It is protected by a sign that suggests it should not be tampered with, and that those who do will be prosecuted to the fullest extent of the law.

“Not only do we measure, but we bring in a company to test the flexibility of the rim,” Berman said, perhaps revealing one of the subplots of a “Hoosiers” sequel.

But you didn’t have to be from out of town, thirsty and have a mouth wider than the three-second lane to be enjoying the WCC tournament.

“They wanted an old-timer on an old timer, and they got one,” Ratner said. 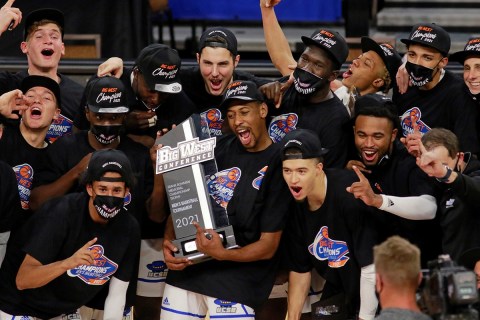 The Big West announced Thursday that it had signed a multi-year agreement to hold the conference’s basketball tournaments at the Dollar Loan Center in Henderson beginning in March. 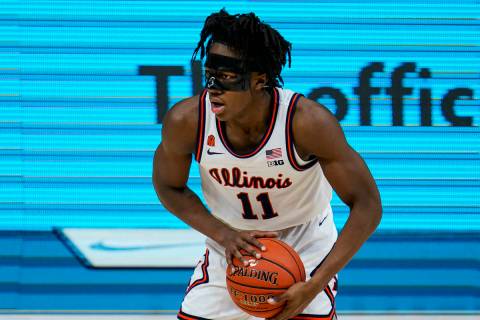 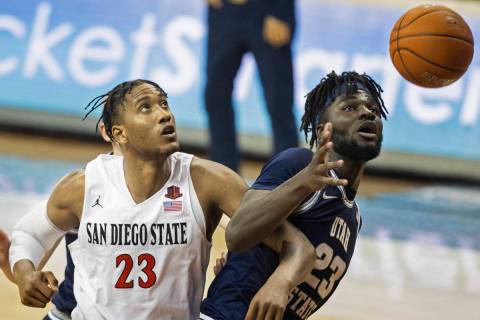 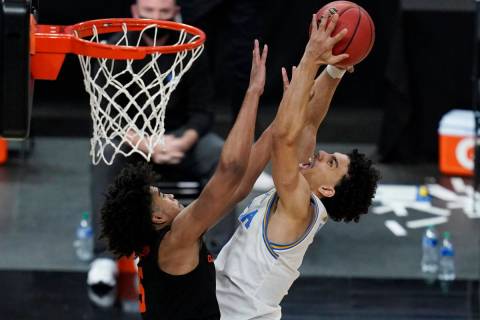 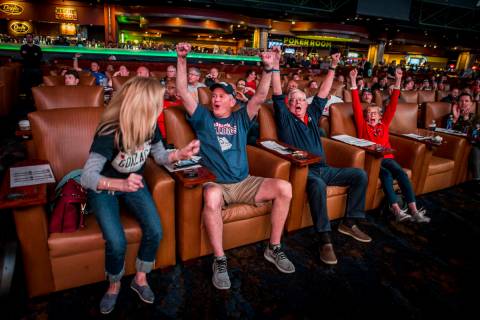 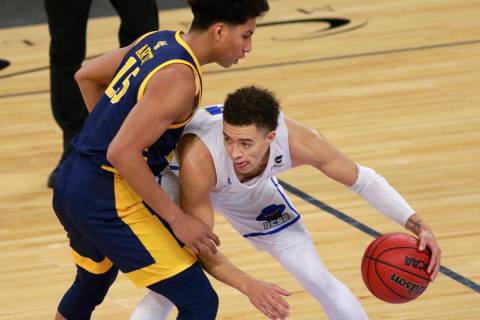 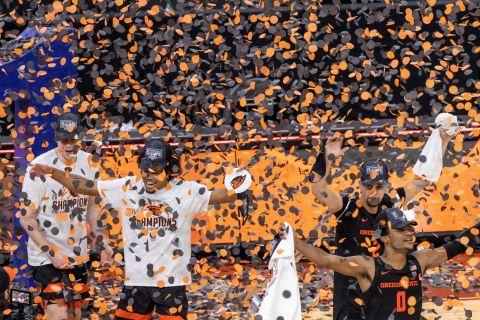 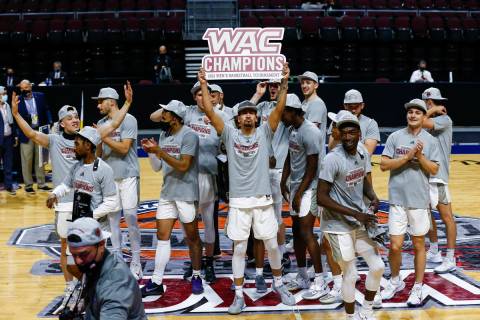 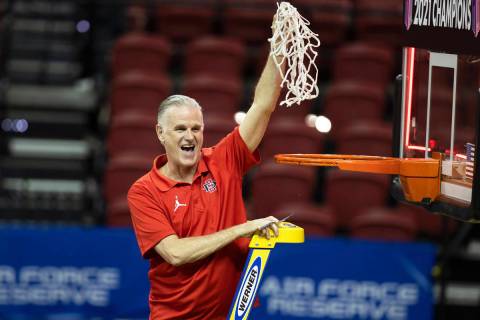