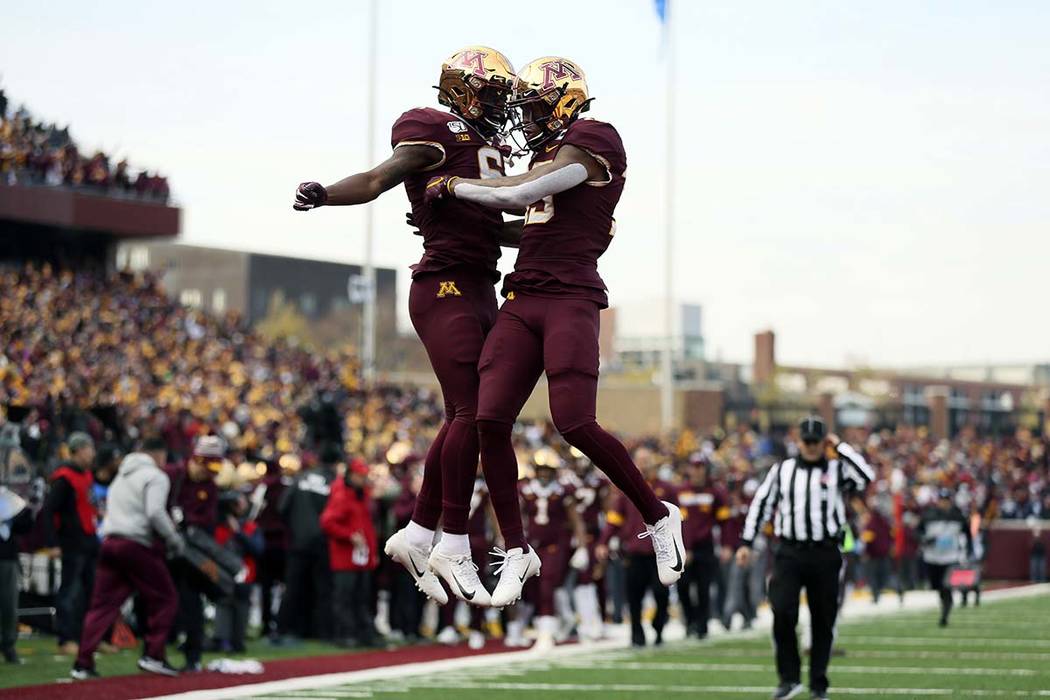 Indiana at Penn State (-14½): The Hoosiers are on a 5-1 straight up and spread uptick this season and have covered their last four conference games as road underdogs. Penn State has not covered its last three home games this season. Edge: Indiana.

Syracuse at Duke (-10): Syracuse has sagged this season and has not covered its last five games. The Orange are 1-7 ATS this season. Duke coach David Cutcliffe is 7-9-1 as a favorite since 2017. Edge: Duke.

Ohio State (-53) at Rutgers: The Buckeyes are on an eight-game cover streak. Rutgers is 0-6 ATS in conference games this season. Ohio State has won and covered all five in the series since the Scarlet Knights joined Big Ten, and no margin has been less than 32. The combined score the last four years is 215-10. Edge: Ohio State.

Minnesota at Iowa (-3): The Golden Gophers are 11-0 straight up since late 2018 and have covered six in a row. Iowa has won the last four meetings. The Hawkeyes are 7-4 as home favorites since last season. Iowa has won straight up its last eight home games against Minnesota. Edge: Iowa.

Navy at Notre Dame (-7): Navy is on a 10-2 spread run and still has an outside shot at a New Year’s Six bowl game. The Midshipmen are 4-1 in their last five games as underdogs and 6-3-1 in that role since last season. Navy has covered the last three in the series and 12 of the last 14 at Notre Dame. Edge: Navy.

Texas at Iowa State (-7): Coach Tom Herman is 14-4 as an underdog since 2015 at Houston and Texas. Iowa State is 3-6 as a home favorite since last season, and coach Matt Campbell is 0-3 ATS against the Longhorns. Edge: Texas.

Texas Christian (-3) at Texas Tech: The Red Raiders have covered three of the last four meetings and are 7-3 ATS in their last 10 home games (3-1 this season). TCU is 0-3 ATS in conference road games this season. Edge: Texas Tech.

Alabama (-17½) at Mississippi State: Mississippi State is 3-7 ATS since late 2018. The Bulldogs are 0-3 as an underdog this season and 1-6 in the role since coach Joe Moorhead arrived last season. Alabama is 4-1 ATS in its last five conference road games. Edge: Alabama.

Wisconsin (-14) at Nebraska: The Cornhuskers have not covered their last six games and are 1-8 ATS overall this season. Coach Paul Chryst is 12-4 as a road favorite since 2015, and the Badgers have won the last six games against Nebraska (4-2 ATS). Edge: Wisconsin.

Stanford at Washington State (-11½): Stanford has not covered its last five road games and is 2-3 as an underdog since last season after coach David Shaw was 12-4-1 previously in the role. Washington State has won the last three meetings and covered the last four in the series. Edge: Washington State.